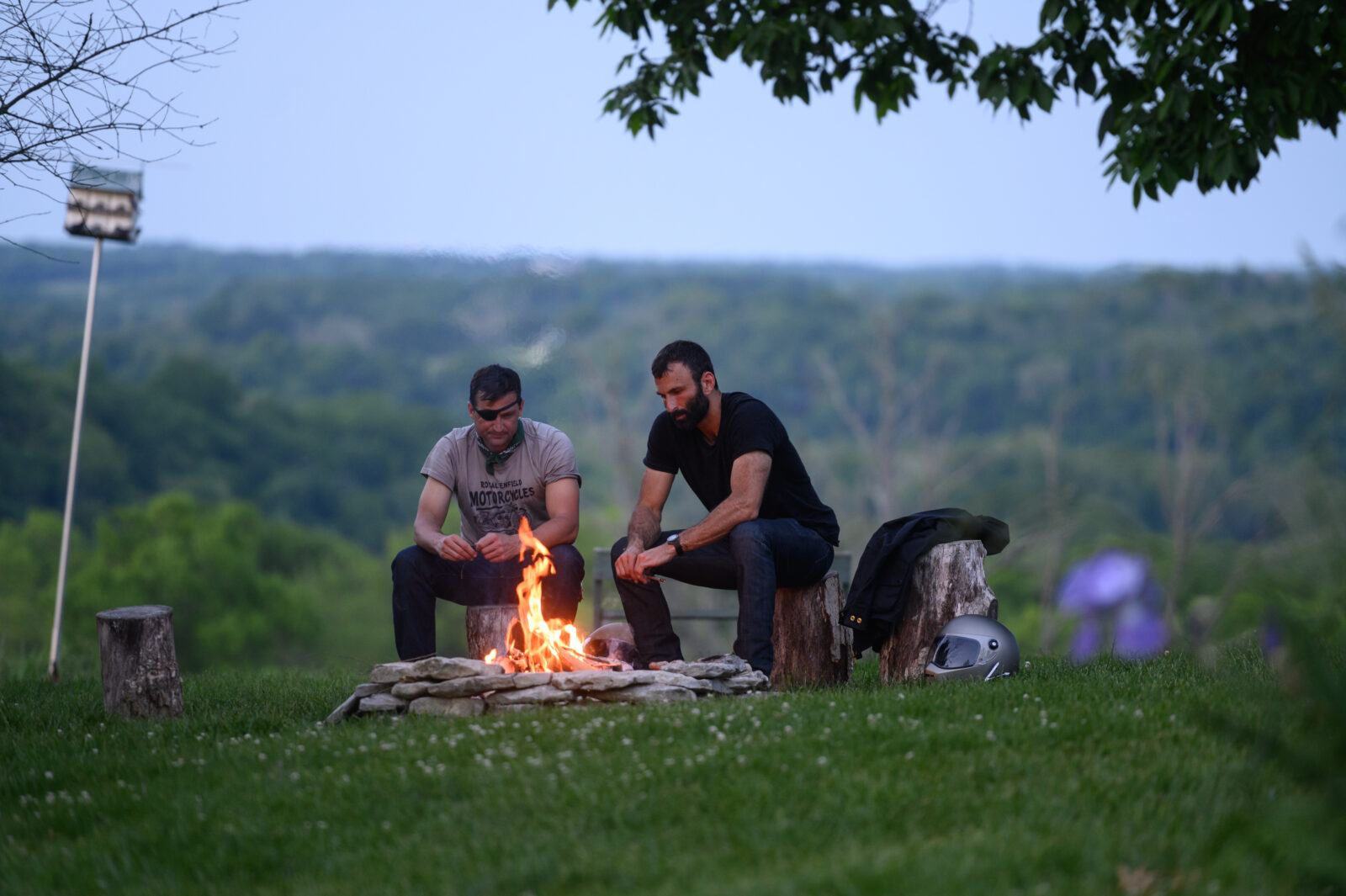 Carmen Gentile and Jason Motlagh on Friday, May 21, 2021 in Cynthiana, Kentucky. Motlagh is on assignment for Rolling Stone.

BOYD’S STATION, Kentucky – Sporting a new rear tire on my bike, thanks to our friends Brooklyn, Sassy, and the folks at Royal Enfield, we resume our exploration of Postindustrial America.

From downtown Cincinnati, we head out of town crossing the John A. Roebling Suspension Bridge, a gorgeous span over the Ohio River connecting the Buckeye and Bluegrass states.

Roebling’s creation here is a precursor to his most famous design, the Brooklyn Bridge. He’s also a noted Postindustrial American architect of German origins whose family settled in the small town of Saxonburg, just north of Pittsburgh.

After admiring Roebling’s handiwork, we roll south and east along secondary, two-lane roads that give us an opportunity to slow down and take in the wonders of Kentucky.

Miles of post-and-rail fences line horse and cattle farms flanking both sides of wandering byways that meander through small towns.

We stop in Cynthiana for a chat with the locals and a slice of delicious pie. Sitting at one of the tables is Dr. Neil Rush, a local dentist who’s been treating people here for decades.

The doctor tells me that about one-third of folks in and around Cynthiana are vaccinated. But head just a little farther out of town and the percentage of those who have gotten the shots drops, he said. 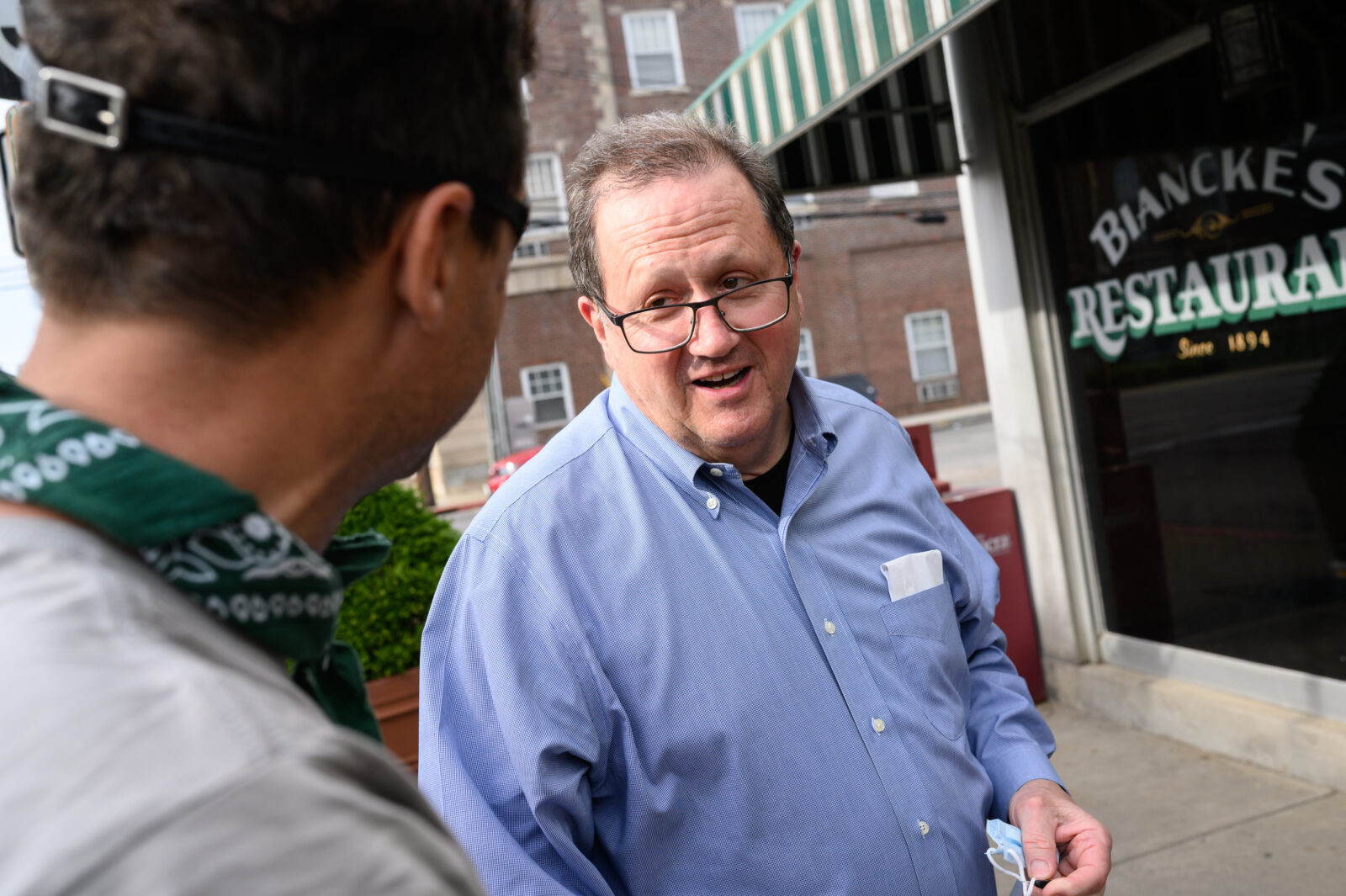 Carmen Gentile talks with Dr. Neil Rush outside of Biancke’s Restaurant on Friday, May 21, 2021 in Cynthiana, Kentucky.

We discuss the various conspiracy theories that have discouraged people from getting vaccinated: fears of sterility, Bill Gates- created microchips embedded in the vaccine, and other screwball assertions promulgated by guests on right-wing media like Fox News, which is playing on a television over our table.

“There’s a stubborn streak in people that doesn’t allow them to change their minds,” says Rush, while noting the disinformation campaign that’s accompanied COVID-19 every step of the way.

While we lament the dangers of such deception to our collective health, a couple at a nearby table stare intently at us, clearly unsettled by what we’re saying.  Passions on the issue run deep, yet statewide, about 44% of people have received at least one shot — not the highest, for sure but also not as low as some others like Georgia, and Alabama.

I’ve always found Kentucky to be a curious place. In many ways it is a deeply-red Republican stronghold with two GOP senators in minority leader Mitch McConnell and one-time Trump critic, turned-Dr. Fauci-nemesis, Rand Paul.

Republicans control the Legislature in a state where many people are rock-ribbed Republicans, evangelical, Trump- supporting and all-around anti much of the Biden agenda, particularly as it pertains to climate change and phasing out fossil fuels like coal.

However, Gov. Andy Beshear is a Democrat and the state has a lot more bipartisan flex to it than, say, neighboring Tennessee.

We know our fair share of open-minded folks from Kentucky, including our friend Nick Farmer, a tobacco cultivator who longtime Postindustrial readers will recognize from this photo essay in from our magazine in 2019. 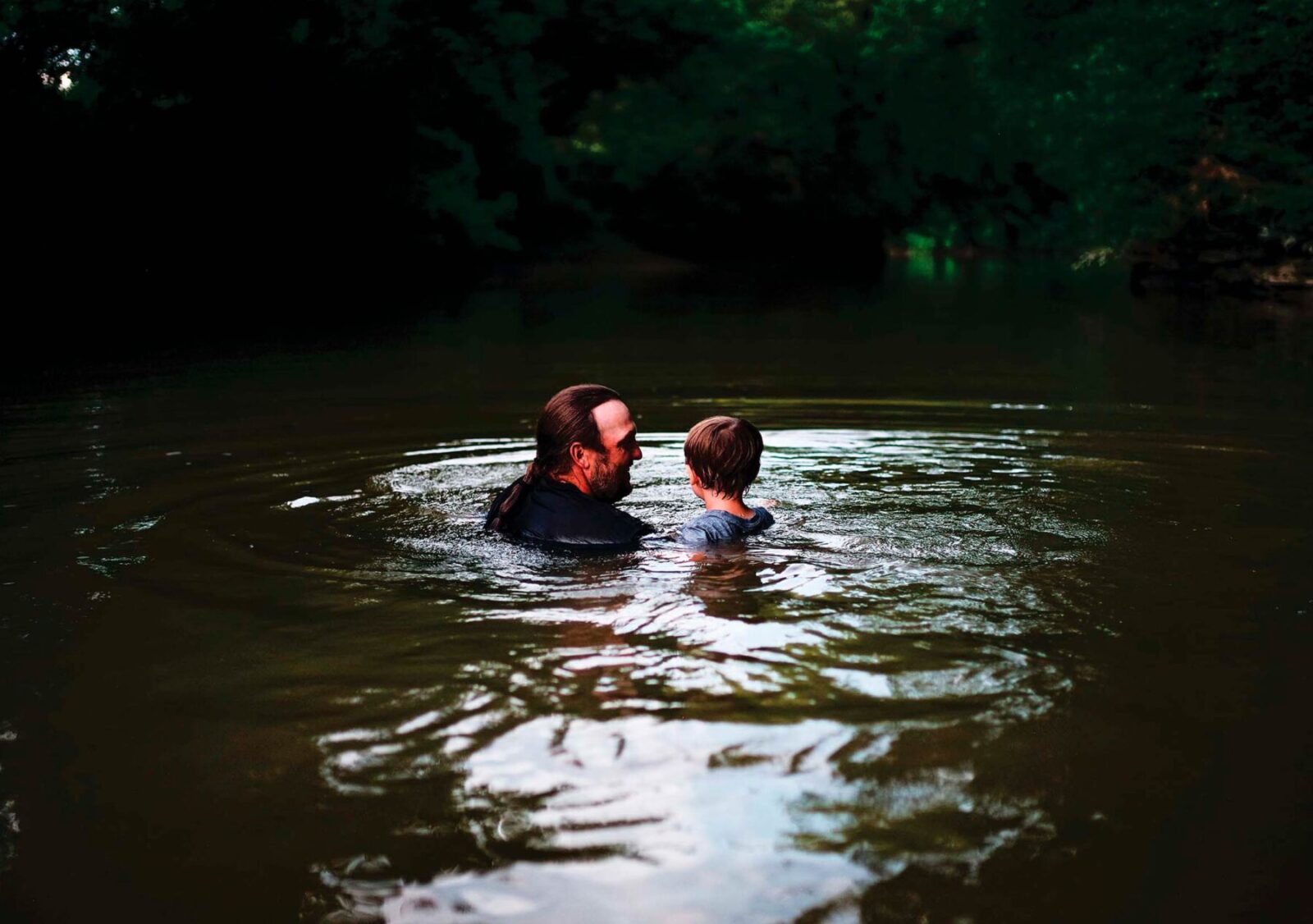 Nick Farmer and his Aldo, enjoy cooling off in Beaver Creek after a day of mowing hay. File photograph by Michael Swensen.

We drop in on Nick, his wife Ashley, and their young son Aldo, who’s named after the famed conservationist and philosopher Aldo Leopold.

Upon arrival at their breathtaking spread along the Licking River, they ask if everyone in our crew is vaccinated — not a query you’d expect in all areas of rural, Postindustrial America. We assure them we are and commence chatting over fire-roasted hot dogs. As the sun goes down, the Kentucky night sky is illuminated with stars and a hazy moon.

After a few hours, we reluctantly leave the warmth of the fire at the Farmer’s homestead and head for Boyd’s Station, a nonprofit arts and journalism residency program based on the grounds of the nearly 100-year-old Clifford Craig Farm homestead in Harrison County.

The late-night ride along windy country roads with nary a streetlight is a white-knuckle journey that strains both our eyes and navigation abilities to their limits.

We arrive at Boyd’s shortly before midnight and shack up at the student residence with some eager, young journalists aspiring to become the next generation of storytellers and truthseekers. 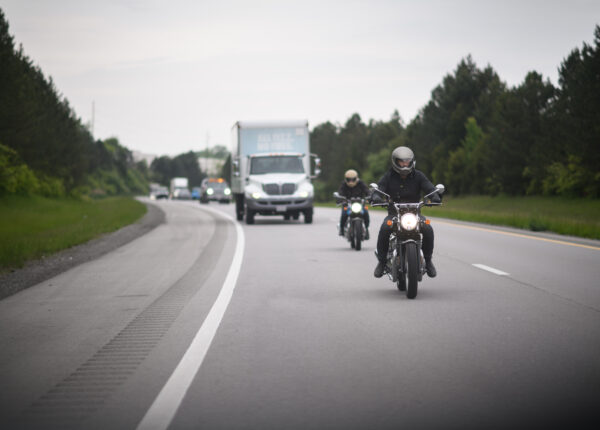 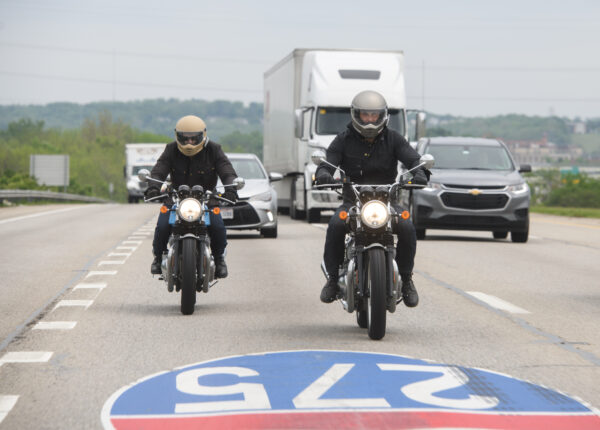 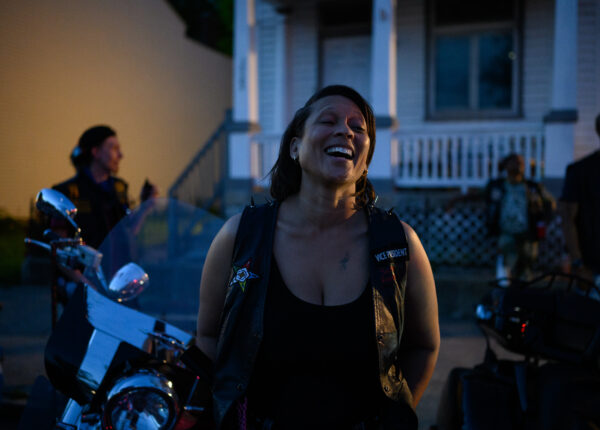 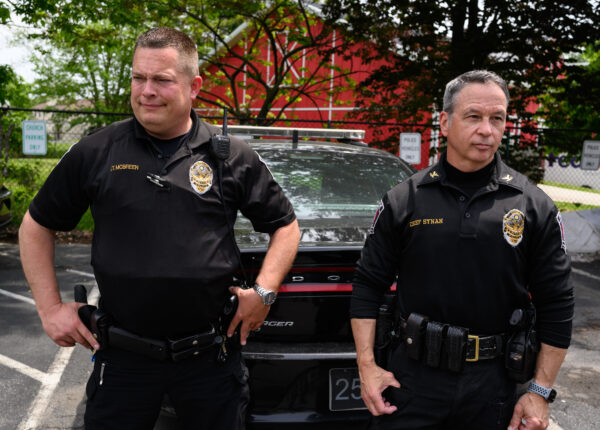 Day Four: Empathy for the addicted