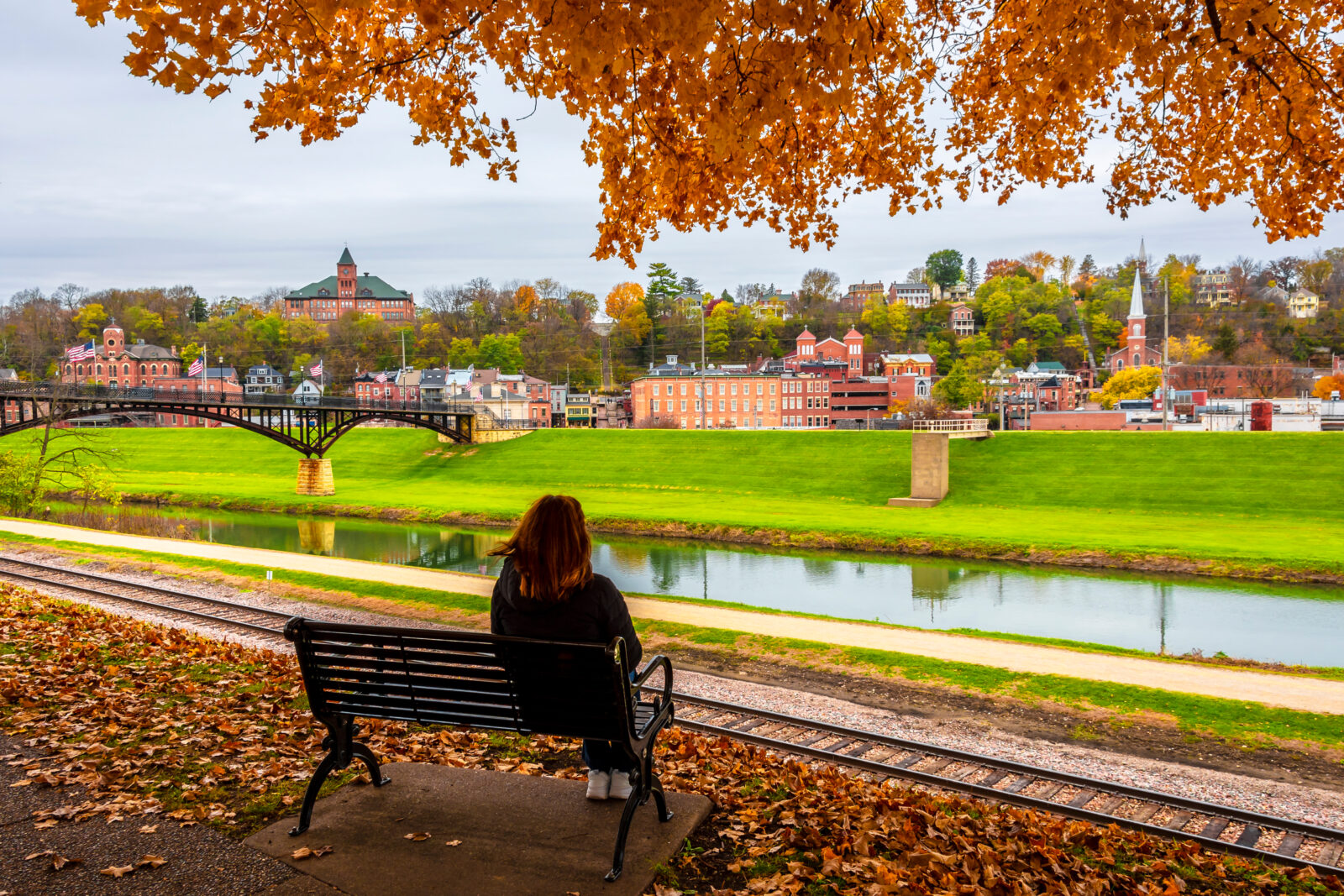 We’ve been through so much over the past two years: a deadly pandemic, political unrest at home, devastating wars abroad. It has made philosophers of us all. We find ourselves wondering how we got here and what the future holds.

However, examining the past can help us make sense of today. Consider the saying by Mark Twain: “History doesn’t repeat itself, but it often rhymes.”

We could all use a healthy dose of contemplation after the past two years, along with some much-needed fresh air and new locales to aid us in our effort to make sense of today and work toward a better tomorrow.

Stroll down the streets of a historic Illinois town

Located in the northwest corner of Illinois, just a stone’s throw from Michigan, Galena is a well-preserved example of what a historic town can be in the 21st century.

Its history is rich and worth exploring. The town had its first boom in the 1800s as an epicenter for the area’s lead mining industry. The windfall from lead turned Galena into an economic and industrial hub that, at one point, was larger than Chicago.

However, as the industry faded, Galena experienced a long, slow decline, resulting in much of the city’s old buildings being boarded up by the 1950s.

Fortunately, many of those buildings since have been restored, turning Galena into a first-class tourist destination with restaurants, shops, and places to stay that will delight anyone with an appreciation for history.

Perhaps Galena’s great claim to fame, however, is its most noted son: Civil War general-turned-president, Ulysses S. Grant, whose home is a museum.

Head for the summit! Climb (or drive) to the highest point east of the Mississippi 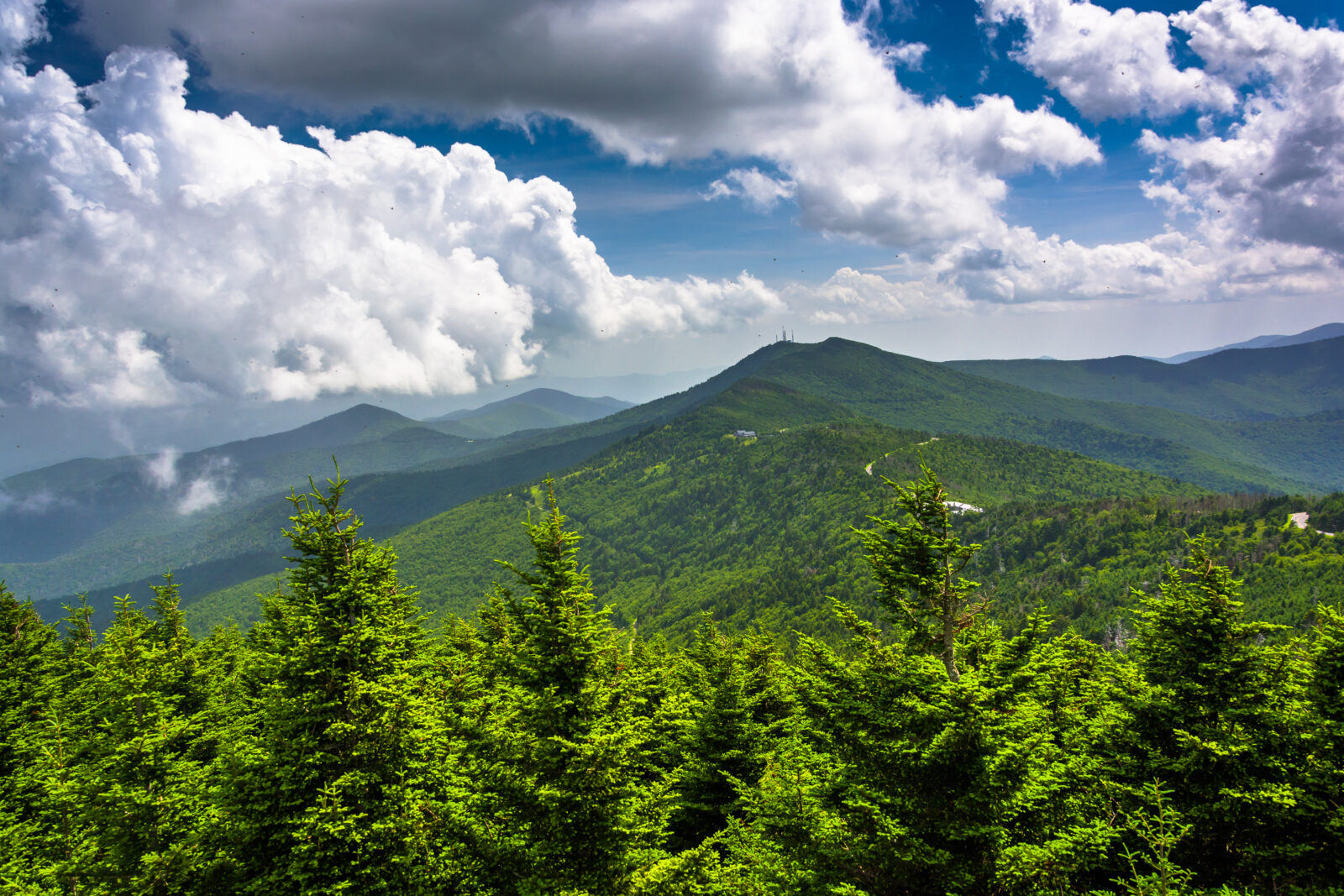 It’s not exactly Everest, but at 6,684 feet, North Carolina’s Mount Mitchell offers scenery and views unrivaled in the region.

Just 35 miles outside of Asheville, the mountain is part of western North Carolina’s Black Mountain range of the Blue Ridge Mountains, a segment of the Appalachian Mountains.

The peak was named for Elisha Mitchell, a noted 19th-century educator and geologist who  “discovered” the peak (which had been known of by Native Americans for millennia, though he was the first to measure it).

If you’re feeling limber, make a day of hiking to the top along well-marked and -maintained trails through a lush forest that will be in full bloom in just a few weeks. But be sure to wear your hiking boots. The trail is about 2.2 miles each way and heading up can be a bit strenuous.

Not quite in hiking shape? You can also drive to the summit, where there’s an observation deck and a small museum.

Either way you get there, be sure to bring an extra layer of clothing for the summit, which can be 15-20 degrees cooler than the base of the mountain.

For those wanting to extend their days around the mountain, there are plenty of places to pitch a tent and enjoy the night sky and listen to the serene sounds of nature. 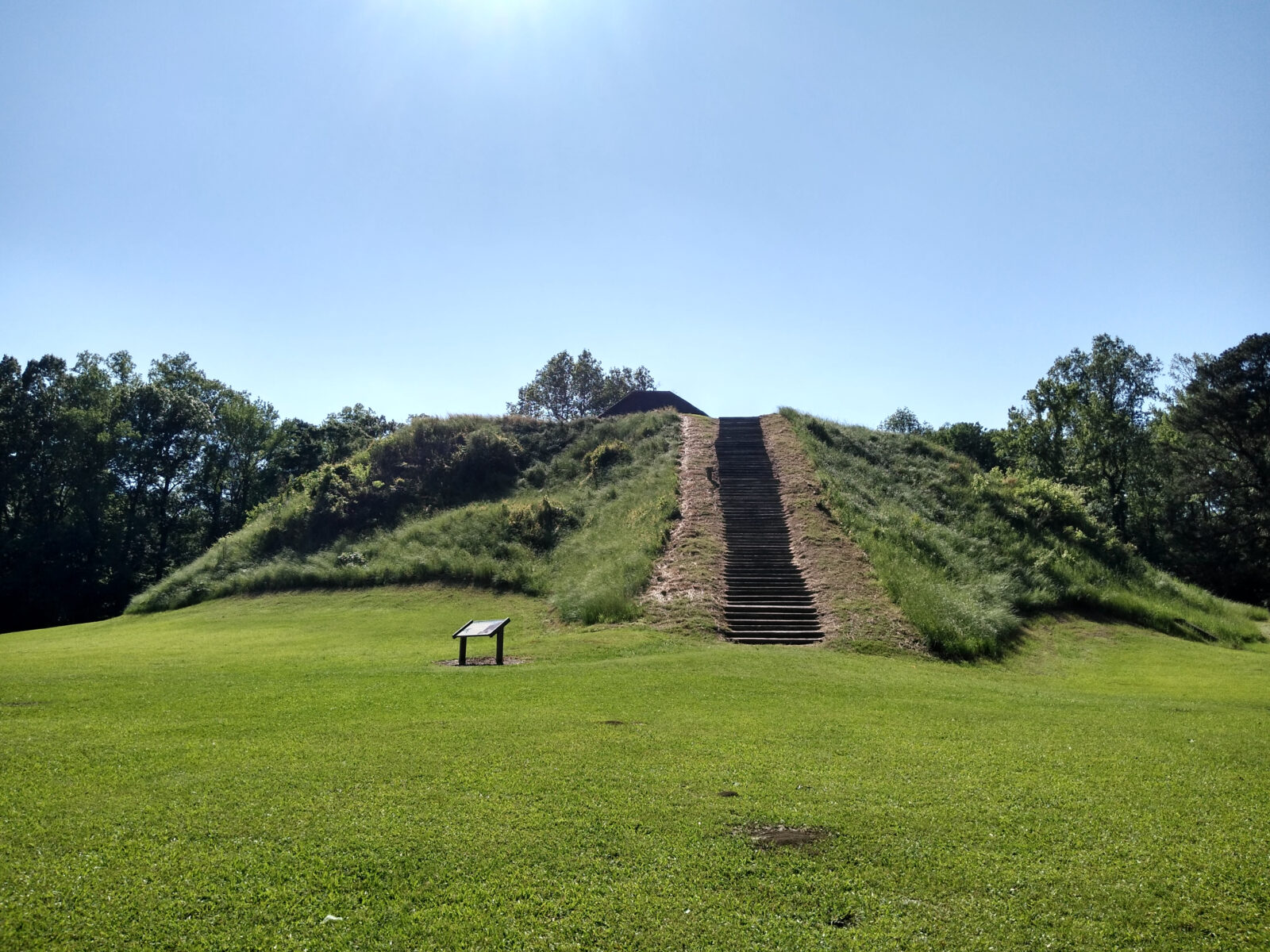 Central Alabama’s Moundville Native American site is still something of an enigma.

Scholars aren’t sure why the 300-plus-acre settlement that resembled the layout of today’s small towns rose to prominence a millennium ago, or why it went into decline several hundred years later.

What they do know is that the Native American Mississippian culture were the inhabitants of this curious community along the Black Warrior River.

But what a bustling town it was. National Geographic once called it “The Big Apple of the 14th Century.”

Located just 13 miles south of Tuscaloosa, the area is called “Moundville’’ because of the way in which people constructed 29 massive flat-topped earthen mounds, around a central plaza. Historians say these mounds served as elevated platforms for ceremonies and for the more well-heeled locals.

You’ll be intrigued by the history at the site, well told in exhibits at Moundville Archaeological Park’s museum. Among the artifacts that have folks scratching their heads is the famed stone Rattlesnake Disk, a round, ornately carved sandstone disk thought to have been created between 1300 and 1450, when the community is said to have gone into decline.

Visitors can enjoy a short nature trail around the park, as well as views of the river. Camping is an option for those who want to stick around longer and ponder the Moundville mystery.

Point Pleasant: The West Virginia town that  lives up to its name (and then some) 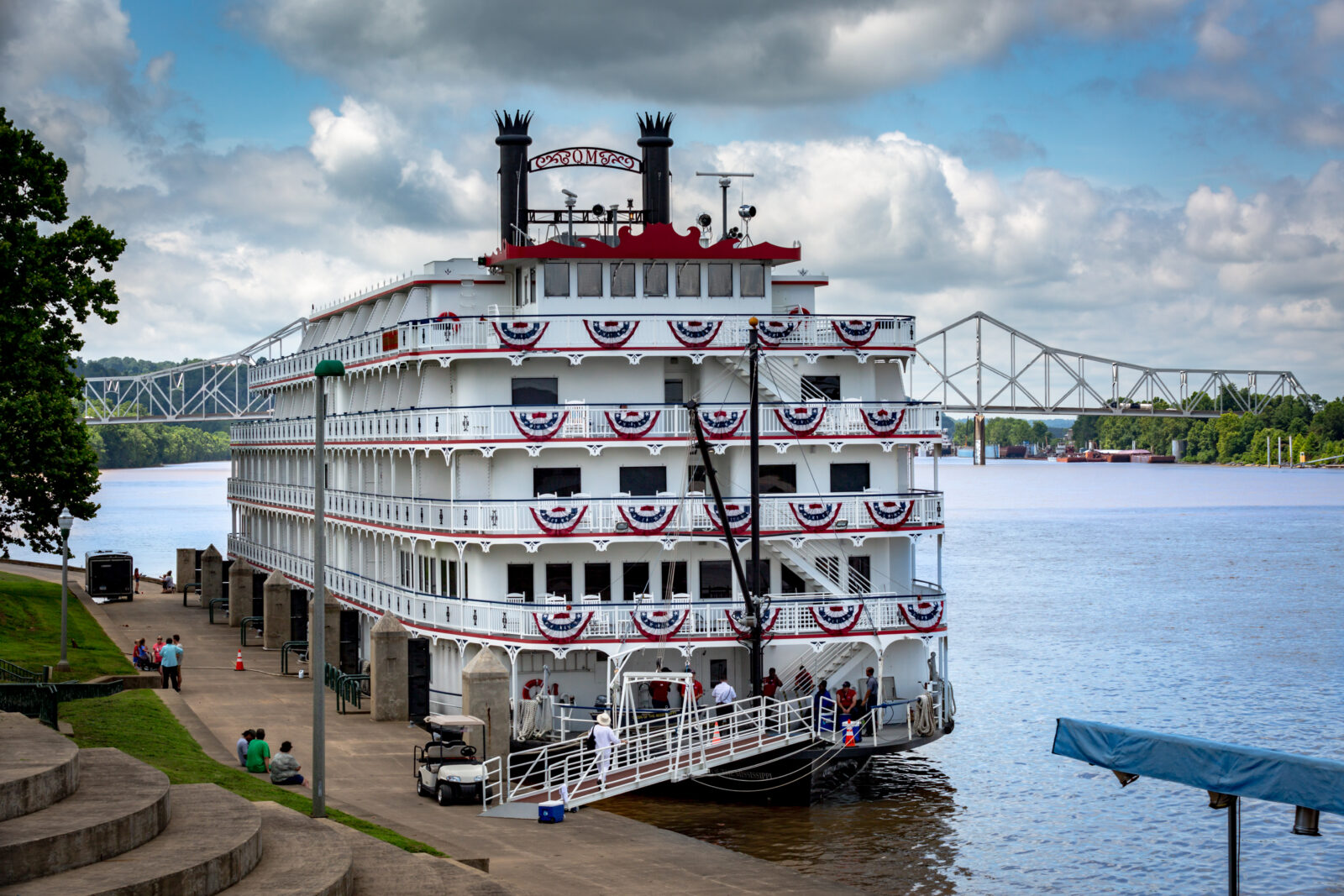 Where can you go for a sampling of both the historical and, perhaps, otherworldly?

Located where the Ohio and Kanawha rivers meet in the heart of West Virginia, you’ll find just such a place in Point Pleasant.

The area with a long, storied, and yes, strange history was settled in 1774. Shortly thereafter, settlers fought bloody battles with Native Americans.

In generations to follow, the region experienced the rise and fall of the coal industry,  a deadly bridge collapse, and the birth of a local legend with an international following: the Mothman.

According to local legend, the Mothman is a humanoid creature with red eyes and wings that was reportedly first seen in 1966. Since then, there have been additional sightings, the 1975 bestselling book “The Mothman Prophecies” that chronicles the flying fright, and a 2002 movie based on the book starring Richard Gere and Laura Linney. 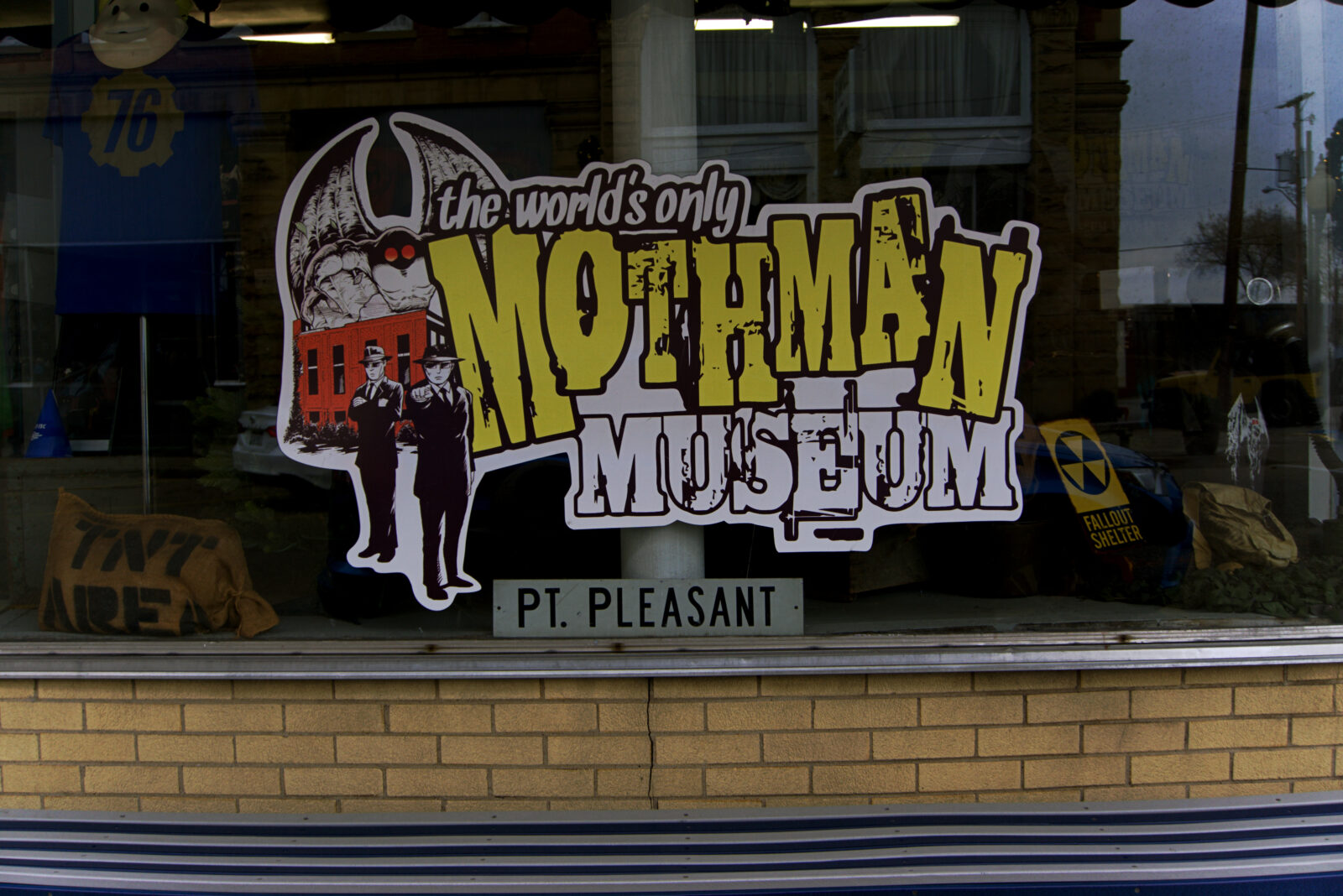 At the Mothman Museum, you’ll find plenty of folks with whom you can swap tales of the unexplained.

Along with the Mothman, Point Pleasant is known for its charming Main Street, filled with fun shops and great places to eat and imbibe in a brew or two.

With the warmer weather, and a seeming (knock on wood) end to the pandemic, Point Pleasant’s typically full events calendar should be back in swing, including, of course, the Mothman Festival.

You will leave Point Pleasant, a believer — or, at the very least, wildly entertained.

So, exactly how did a couple of Hoosier transplants help so many escaped slaves?

Long ago, a couple originally hailing from North Carolina decided they didn’t want to live in a slave state, so they packed up their wares and moved to the small town of Fountain City, Ind.

About 75 miles east of Indianapolis, the house owned by Levi and Catharine Coffin became an important stop on the Underground Railroad starting in 1839.

According to local historians and Levi Coffin’s autobiography, the couple helped nearly 2,000 escaped slaves before the heinous practice was finally abolished. But it wasn’t just the couple who looked out for runaway slaves. Thanks to the surrounding Quaker community, which was also abolitionist, the Coffins always received a warning when bounty hunters came to town looking for escaped slaves.

Though it’s a simple home, the Coffin House is a site worth seeing, having earned national accolades, and it was even named one of the nation’s Top 25 historical sites by The History Channel.

Tours of the home are self-guided, so check online for when the home is open. 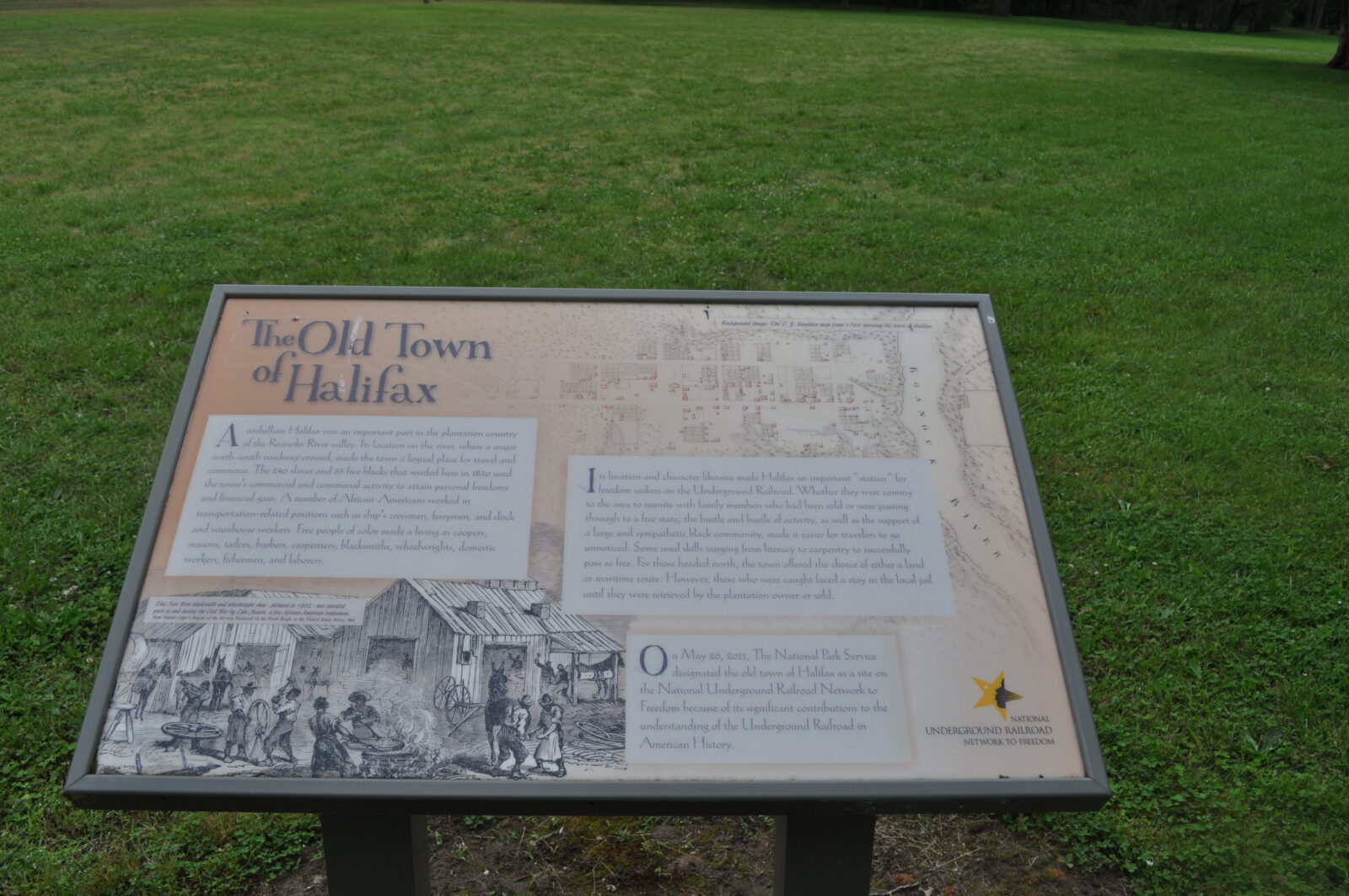 At one time, in antebellum North Carolina, several of its rivers were known as “Freedom Roads” because their course led the way for runaway slaves bound for the North.

Markers along the self-guided trail tell visitors the story of the runaway slaves in a series of advertisements that ran in North Carolina newspapers at the time.

You’ll pass along railroad tunnels that slaves used while fleeing subjugation, their presence a stone-and-mortar reminder of all those who passed through them seeking freedom from cruelty and oppression.

Along the way, you’ll also learn about how the Roanoke Navigation Company bought and sold the slaves who helped build the Roanoke Canal.

There are breathtaking views along the trail of the Roanoke River that, although beautiful to modern eye, give perspective to the daunting undertaking of slaves. Ill-prepared and malnourished, they braved the wilderness and the river’s dangerous rapids, armed only with their wits, in their quest for freedom. Talk about courage!

There’s a valuable lesson in there for all of us. 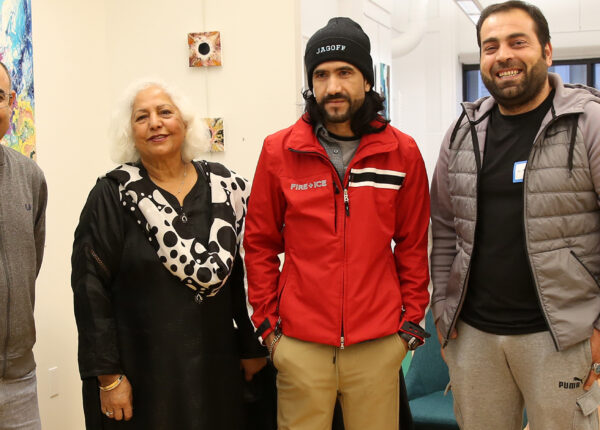 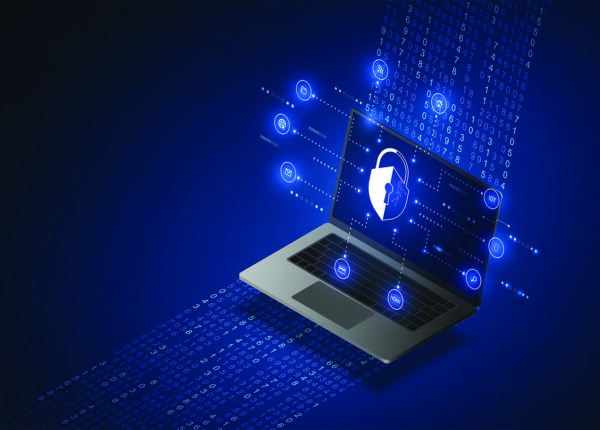