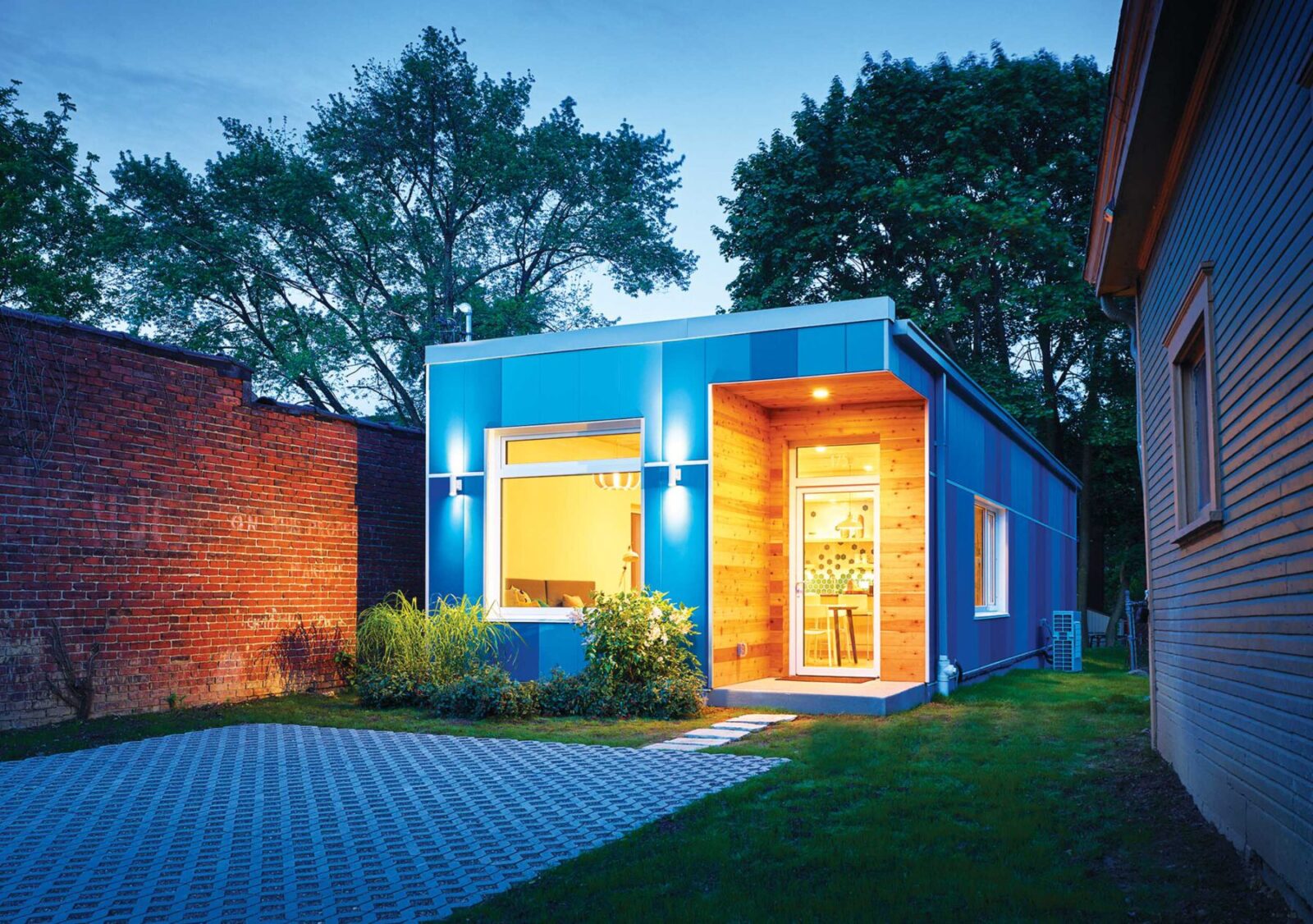 Set back from the street, Module’s first home — one that can expand when its owner needs it to — doesn’t stand out. If anything, it feels hidden.

Brian Gaudio was traveling in South America, working on a documentary, “Within Formal Cities,” about the housing crisis in the region, and he was struck by how residents constructed their dwellings.

“In those countries, you don’t have a mortgage, necessarily,” Gaudio said. “You basically save up enough money to build one room — starting with enough concrete blocks to build a room. If you have kids, you save up and build another room. And that’s how you build housing in some of these cities.”

Gaudio, who previously designed theme park rides for Disney Imagineering, thought it was a great idea. So he started a company, Module, that adapts the concept of incremental, pay-as-you-go housing for the American market. The growing seven-person startup has completed its first house in Pittsburgh and is working on a second.

Module’s first home, a small, boxy blue-paneled one-bedroom in the Friendship neighborhood of Pittsburgh, seems like it would stick out amid streets lined with stunning turn-of-the-century homes. However, set back from the road, on a street lined mainly with garages — and a beautiful, sculpture-filled community garden — it fits right in, if a bit hidden. It seems to require a little effort to discover.

Small, cozy, energy-efficient. Just the right amount of house — no more, no less.

“We’re really about an appropriate amount of space,” said Drew Brisley, a product designer and Module’s chief product officer. “The house we just finished is 880 square feet, but when you walk in there it feels much, much larger. Lots of natural light. We’ve designed it in a way that feels bright and warm and welcoming.”

Walls, even roofs, are designed to pop off to accommodate new additions. 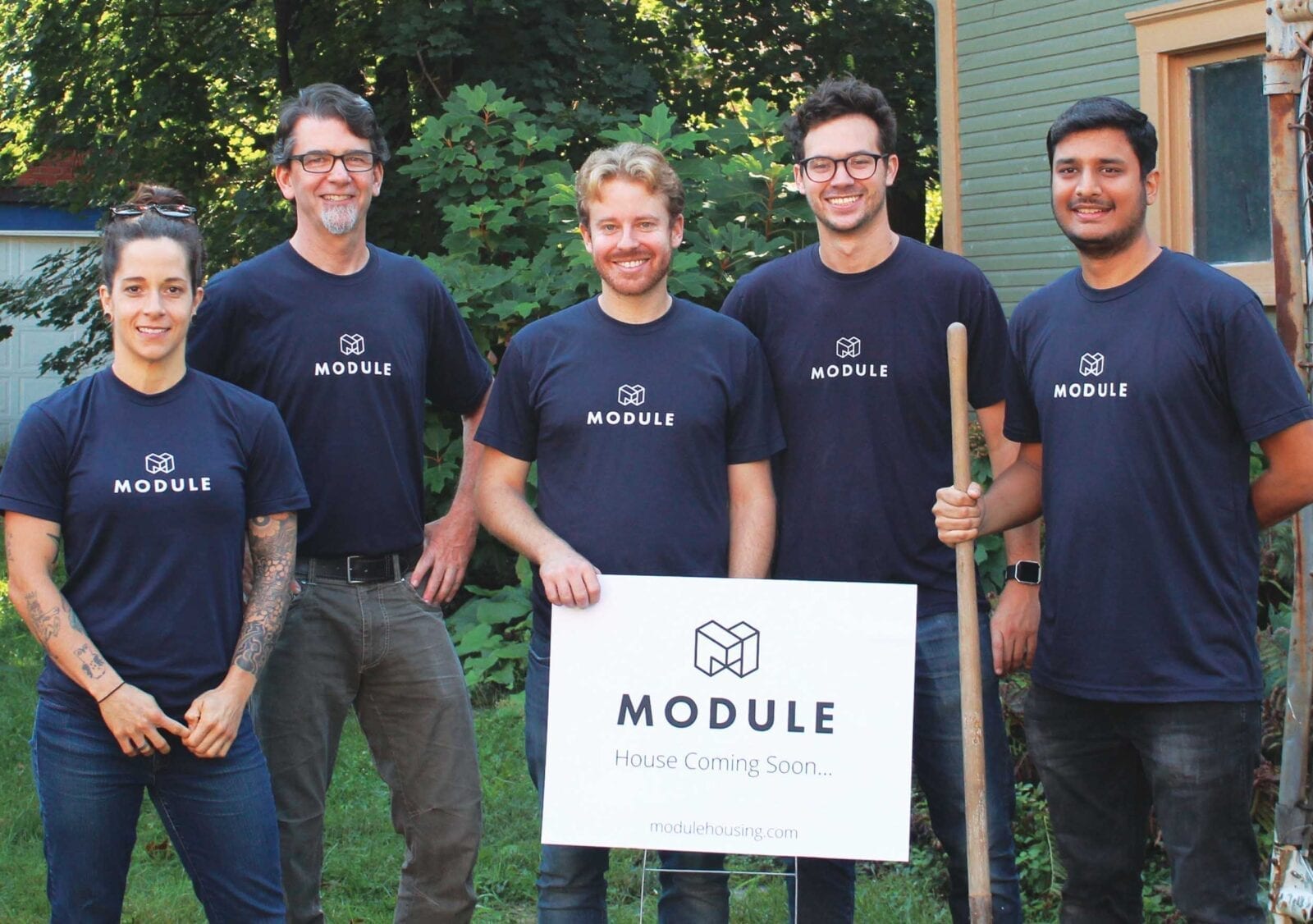 The team at Module has a vision for neighborhoods with abundant vacant land. "Not all developers want to build on missing-teeth lots in the city where they can [only] build three or five houses at a time. They want to be able to build as many as possible."

Of course, some people want homes with as much square footage as possible. That’s not a Module customer.

“People are overwhelmed by too much space,” Brisley said. “They see extra space as a burden. People want to spend their weekends and free time traveling, with family and friends, at breweries, whatever. Not fixing their house, not cleaning their house.”

“Our parents’ generation, the bigger the house — it was a status thing. Now, it’s about getting access to the city, which is where things are happening now.… They want to live closer to the city, live near bus lines, and go and take a class at Pitt or CMU.”

That’s why Module isn’t looking to do greenfield development in far-flung suburbs.

“Not all developers want to build on missing-teeth lots in the city where they can [only] build three or five houses at a time. They want to be able to build as many as possible.”

Pittsburgh might not be the most obvious place for a company like Module. The city already has plenty of small houses, many of them vacant. However, it has some advantages.

“We have 27,000 vacant lots,” Gaudio said. “There’s a lot of opportunities for development in Pittsburgh. I’m from Pittsburgh. We could have started this company in Raleigh, North Carolina, where Drew and I went to school together. But I care about Pittsburgh. I want to be part of the solution for Pittsburgh. Pittsburgh talks about how we want to develop with inclusion and equity, responsibly in the 21st century. We have the opportunity to do this. We haven’t sold our shirt yet like they have in San Francisco or Seattle.”

Though their first house was built in a thriving neighborhood, Friendship, they hope that Module will make a difference in the more blighted parts of town.

“There are thousands of neglected properties in the city–both teardowns and vacant lots,” Brisley said. “By building homes in those areas, we see an opportunity to raise the quality of living and increase the rate of homeownership.” 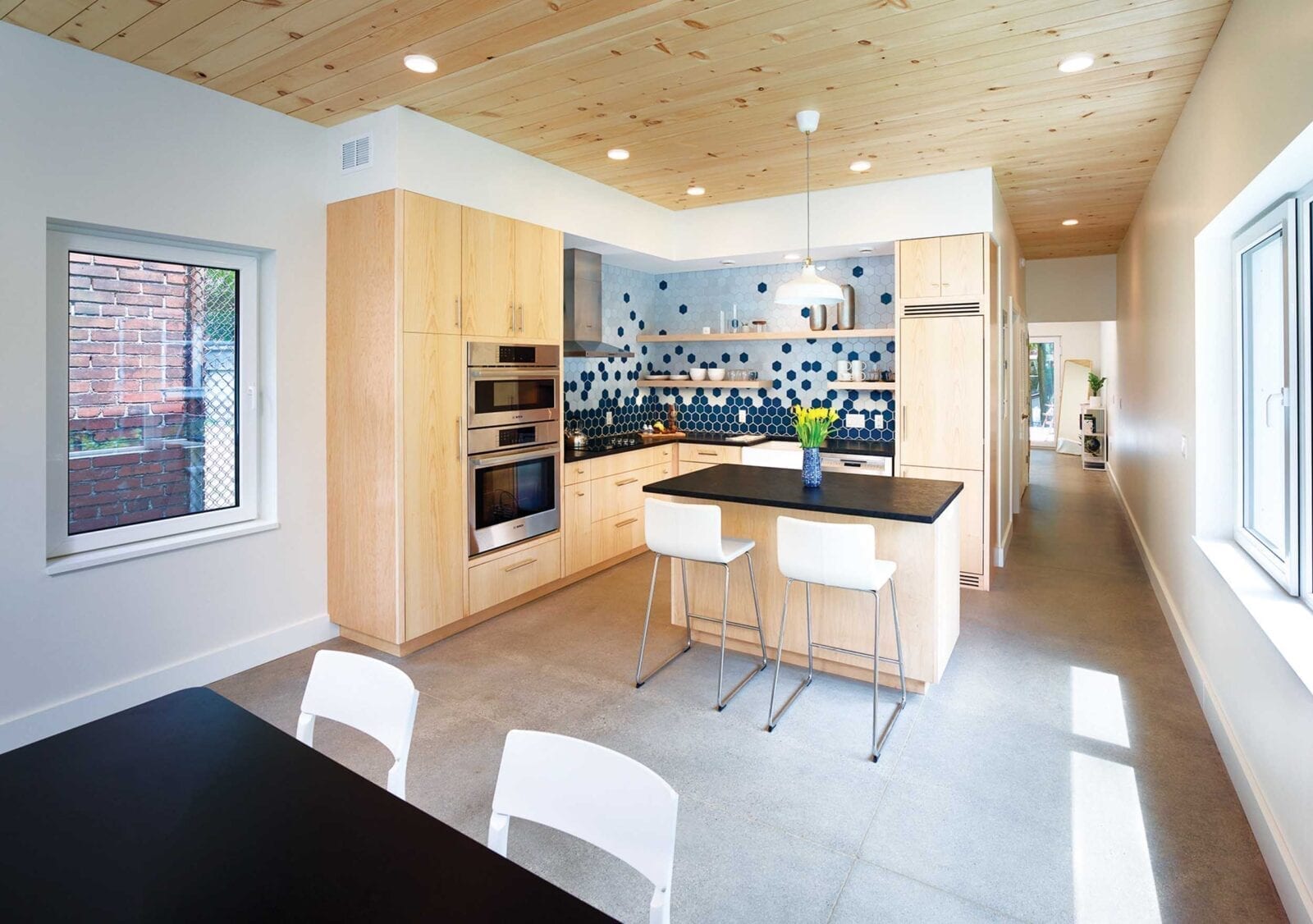 Module homes are "not the cheapest option," said the company's CEO Brian Gaudio. "The cost benefit is building the right amount of space." 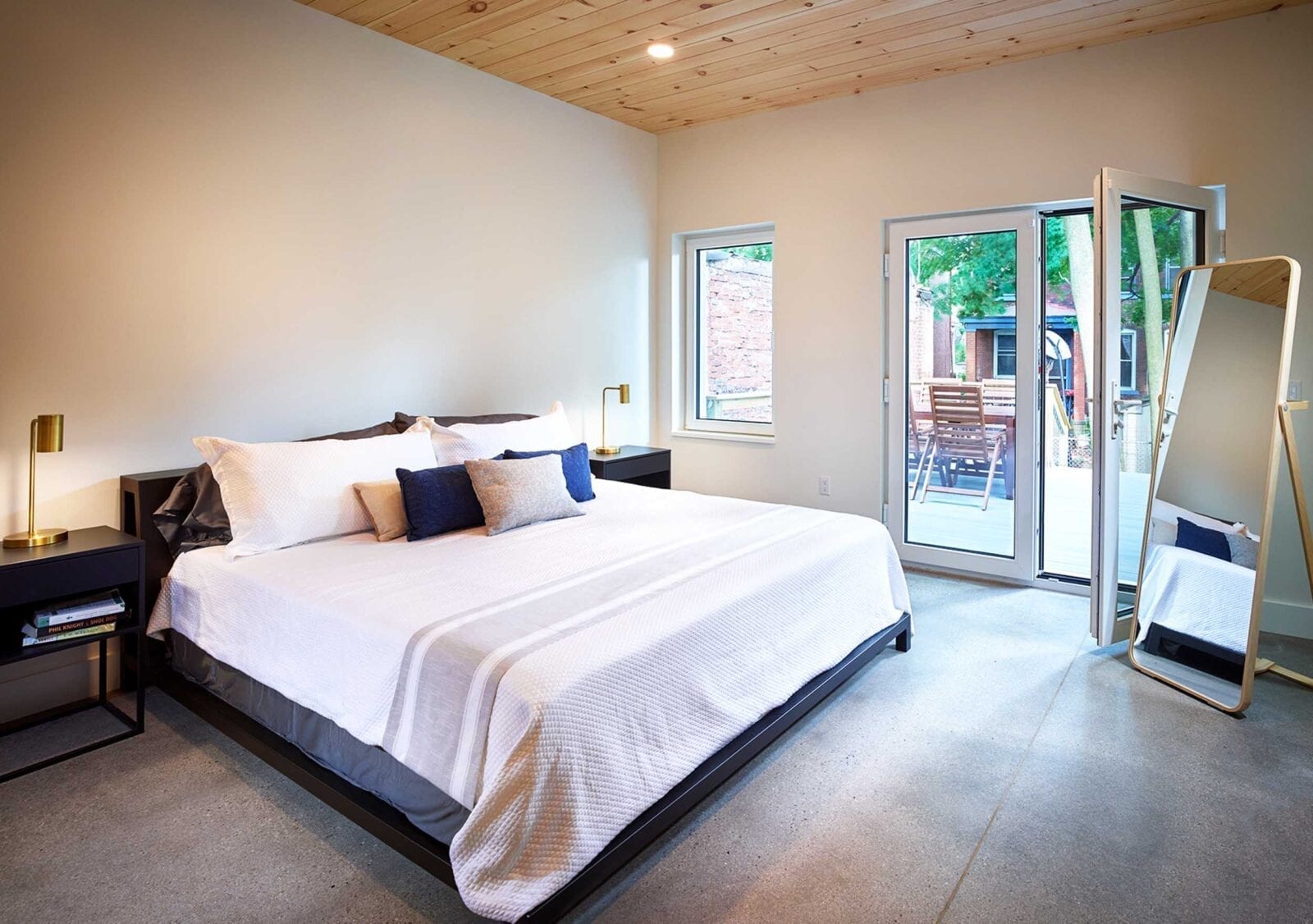 "We’re really excited by the end product. It’s beautiful, thoughtful, and we can’t wait for our family to enjoy it for years to come." 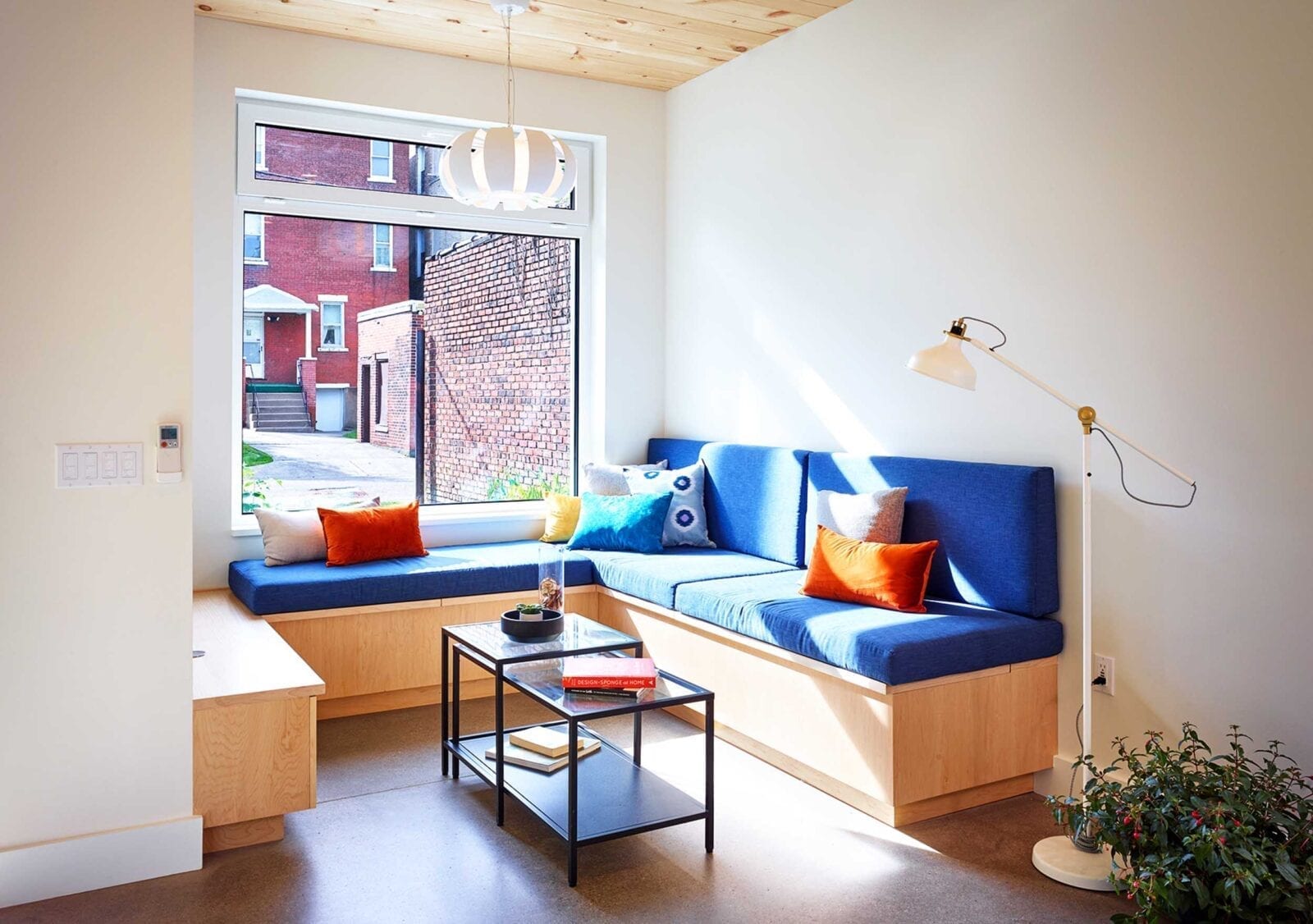 Small, cozy, energy-efficient. Just the right amount of house — no more, no less.

The houses are not expensive for brand-new buildings. According to real estate website Zillow, the median home value in Pittsburgh is $144,500. Module’s “Nook,” the smallest one-bedroom house, starts at $149,000, though upgrades (custom cabinetry, ceramic tile backsplash, etc.) are available up to $212,000. The two-story Haven starts at 1,000 square feet and is designed to easily expand to 2,000 square feet. It ranges from $195,000 to $274,000 for the two-bedroom starter unit.

The lower cost, however, is mostly a function of the houses’ smaller footprint.

“When you build less square footage, you’re going to have a lower sticker price,” Gaudio said. “From a cost-per-square-foot, we’re not the cheapest option. You can build a bigger home and get a lower per-square-foot cost. The cost-benefit is building the right amount of space. It’s not from using cheaper materials.”

Sitework, foundations, permits and meter fees can add up to an additional $45,000 ( detailed on their website) which can boost the total cost beyond the range of some potential homeowners.

Curiously, in the corner of the Module website, there’s an image of a streetscape with a stop sign, on which someone has scrawled “Gentry.” They’re a bit coy about this and chose not to enter the gentrification debate directly. However, they do have some opinions on affordable housing.

“I think we have a role to play in promoting responsible development,” Gaudio said. “This project that we’re in the preconstruction phase, this four-unit mixed income project” — on Black Street in Pittsburgh’s Garfield neighborhood — “is how we think development could happen in Pittsburgh.

There’s four units and they’re looking to sell one unit to an affordable buyer, lowering the company’s fee by leveraging some local grant programs and subsidies.

“I think, at scale, if in a couple of years Module is building 100 homes a year, if we could build a third market-rate, a third premium, and a third affordable — and using some of the profits from our luxury units to subsidize our affordable units — that, to me, is responsible housing development. And understanding what the neighborhoods and the people in them actually desire, that’s the type of development that we’d like to be doing.”

The husband-and-wife Jason Wilburn and Annabelle Javier were the first buyers for Module. They purchased the house in Friendship.

“First and foremost, we were seeking a design-forward, highly energy-efficient home that was of a sensible size and budget,” Wilburn said. “The house is designed for our parents, who are looking to downsize and spend more time with our children. Until our parents move in full time, we will list the home on Airbnb to generate additional income and share our house with travelers who come to Pittsburgh. We’re really excited by the end product. It’s beautiful, thoughtful, and we can’t wait for our family to enjoy it for years to come.” 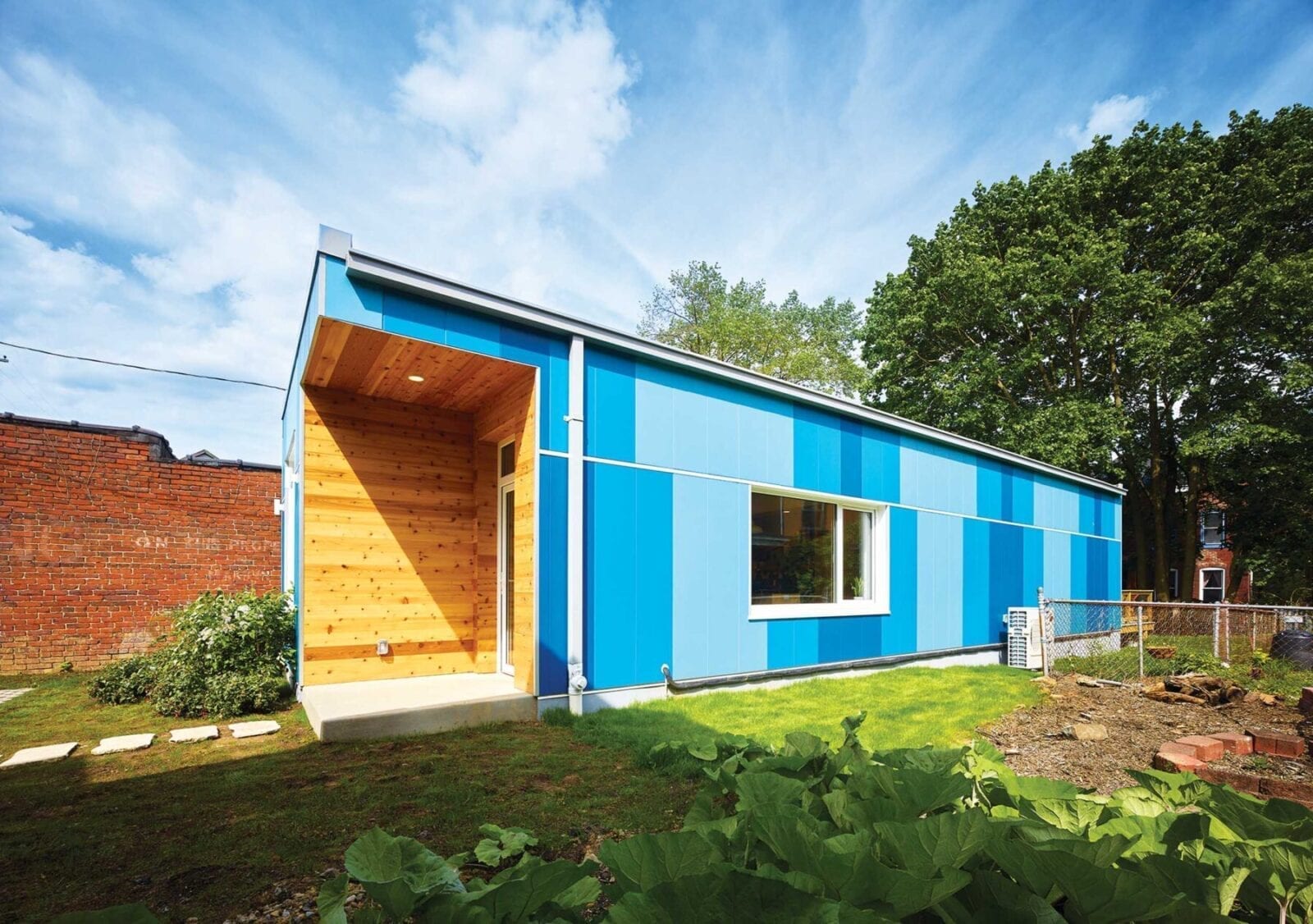 Set back from the road, on a street lined mainly with garages — and a beautiful, sculpture-filled community garden — it fits right in, if a bit hidden. It seems to require a little effort to discover.

The houses use a lot of prefabricated pieces, made in a factory, which allows for speed and efficiency during construction. There’s also comparatively less waste, due to higher quality control.

“The walls and the roof went up in two days,” Gaudio said. “We didn’t build the house in two days, but we went from foundation to ‘dried-in’ in two days in December. If you’re a contractor in Pittsburgh, you can understand how challenging it is to build a house in December.”

The housing materials are primarily wood, and not too dissimilar from what you’d find in most new townhome developments in the city. The difference is an emphasis on energy efficiency.

“What’s different about our homes is that there’s more insulation,” Gaudio said. “We care about the thermal comfort of those living there. There are better quality windows than the average builder in Pittsburgh. This first house was built to Passive House standards. Our homes in the future will be built to Zero Energy Ready (U.S. Department of Energy standards). Lower operating costs, quieter house, healthier materials.”

The prefabricated pieces are made by Bensonwood, a company in New Hampshire.

“They do really high-quality passive house panel manufacturing,” Gaudio said. “For future houses, we’ll work with other manufacturers in Pennsylvania as well.”

Brisley also said they’ve been “intentional about how much innovation” they want to bring. Everything they design and build is to code, on typical residential lots, with normal foundations, basements, and garages, he said.

They also can design homes to be ADA-compliant.

Though they’re trying not to get ahead of themselves, they’re already looking elsewhere.

“We have plans to expand to other cities when the time is right,” Brisley said. “We’ve met with stakeholders in both Detroit and Philadelphia and have had interest from all over the country, even other parts of the world. For us, it’s critical to focus on this region at the moment.” 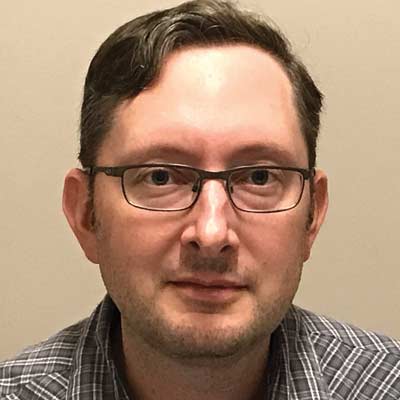 Michael Machosky is a writer and journalist with nearly two decades of experience writing about everything from food to film, art, travel, books and music. He lives in Greenfield with his wife, Shaunna, and their son.