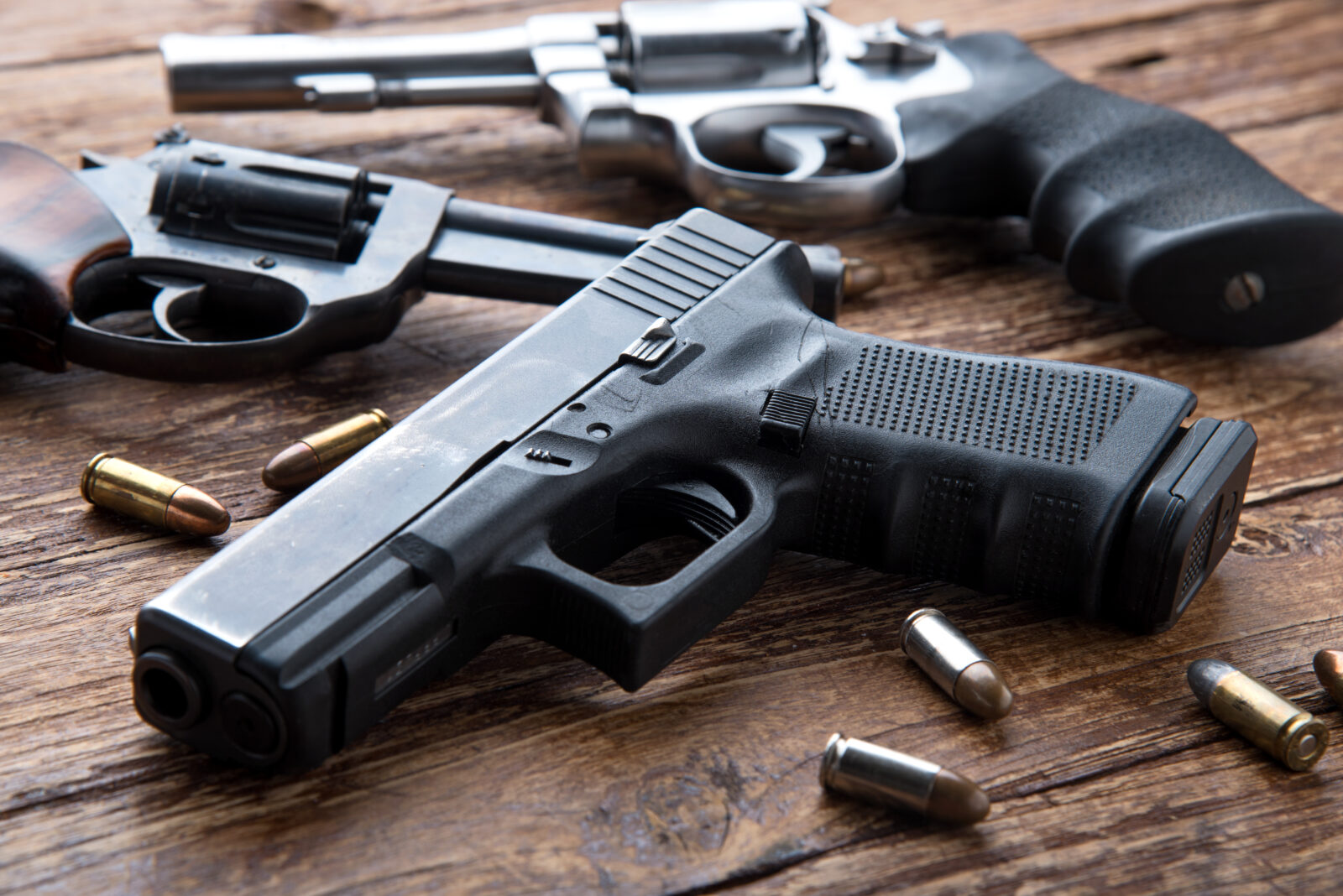 Since my recent declaration that I’ve had it with guns, the reaction from Gun Obsessed Americans (GOA) has been what you’d expect when a smart-ass journalist tells them their cultish devotion to deadly weapons had no practical use, is harming society, and must end.

I’ve been called all manner of names by GOA, had my “manhood” assailed (or their twisted and misogynistic version of what makes a “man”), been stalked and harassed online, and even had one fellow ask where I live.

Less worrying, though more annoying, was the onslaught of regurgitated, right-wing, cable news talking points and memes (both the lowest form of debate), which I repeatedly debunked in a playful, at times, belittling manner (I need to work on not punching down — it’s not a good look).

So, now that I have GOA’s attention, I want to share some ideas for ending America’s gun obsession. They may seem crazy to some, and/or naive to others. But if it’s one thing I have going for me, it’s my head-full-of-rocks determination to take on the impossible. Tell me something can’t be done — like starting a media company covering Postindustrial Communities — and I’ll try 10 times harder to prove the naysayers wrong.

First, a couple of important caveats:

So, here’s a working list of ways to do it, subject to updates and edits:

If there’s one thing I’ve learned since coming out against guns: the more you argue with logic and fact, the deeper GOA sinks its nails into their beloved guns and are convinced everyone is out for their “freedom,” whatever that means.

One or two may occasionally shake the spell of weapon obsession, however, the rest are locked and loaded for life, ready to take their guns to their grave, some hoping in some freedom-asserting standoff after which their names will ring out like David Koresh or that Ruby Ridge guy.

They won’t budge. And so we shouldn’t waste our time trying to convince them.

This might seem like a defeatist attitude right off the bat. Far from it. Rather, it’s the realization that efforts to end GOA tyranny are best made elsewhere (see below).

For now, take solace in the fact that GOA, which trends hard-right and white, is getting older every day.

Stop fetishizing guns — I’m talking to you and Hollywood!

And by “Hollywood,” I mean the entire global entertainment industry (I told you this was an ambitious plan).

I can’t understand how so many actors, who profess to be liberal and progressive, wield guns on screen amid an alarming increase in school shootings, and especially now, following Alec Baldwin’s role in a recent gun-related death on a movie set.

Don’t get me wrong. I’m not saying that on-screen, gun violence is the root cause of shootings in the real world. And sometimes you can’t tell a story without guns — war films and series come to mind.

But it’s time for performers, directors, producers, and studios to take responsibility for their role in glamorizing guns and making their use seem not only sexy and cool, but noble.

And it’s time for us, as media consumers, to let “Hollywood” know we don’t support the glamorization of gun violence anymore.

Where we spend our entertainment dollars today determines which movies and shows are greenlit tomorrow. And while I know I’m not going to put a dent in the new “Matrix” movie’s box office by skipping it, if others did likewise, Hollywood would eventually get the message.

The death of many local news outlets across America over the last few decades has created an accountability vacuum in local and state politics.

Into that void, where no one was watching, rushed legions of right-wing, GOA candidates, who during the Obama administration parlayed their bonafides as “True Patriots” to form the Koch Brothers-financed Tea Party, the now seemingly innocuous predecessor to Trumpist, Marjorie Taylor Green crazies threatening to unravel Democracy.

These folks are largely unsalvageable GOA – no one’s convincing Lauren Bobert to disarm.

But we can prevent others from joining their ranks in Congress by making sure they can’t cut their teeth at the state and local levels.

In many ways, voting in state and local elections is, in my estimation, of greater importance than any presidential race. Trump and his cronies are currently trying to stack the deck ahead of the 2024 election in crucial swing states by attempting to rewrite election law that will allow them to throw away any ballots they deem fraudulent.

So, whatever you do, don’t skip the midterms and be sure to vote in every race on the ballot.

Which leads me to my next effort….

While we work to curtail the increase in GOA candidates making it to Congress (again, we need to be persistent and patient for years and decades to come), sound-minded lawmakers and their vocal constituents must support firearms buyback programs like this one and call for a federal program.

There are more guns in America than there are Americans. To me, this is a greater threat to our Republic than any external, state-sponsored bad actor out there. While Putin’s troll farms and Fox News fill GOA’s heads with conspiracy theories, their online, fever dreams too often manifest in gun violence and, mark my words, will eventually lead to the irreconcilable fracture of our Union, and perhaps kill other democracies around the world in the process.

Remember what I suggested about GOA’s ranks dying off? Well, most of them aren’t buried with their entire arsenal, leaving behind loads of largely unaccounted for guns.

Those relatives stuck with these pointless and deadly caches must have a safe place to dispose of them, and the financial incentive to do so. That way, these GOA legacy weapons don’t wind in the hands of another teen shooter or disgruntled adult intent on picking off the innocent.

So there you have it — my first stab at a plan for reducing America’s gun obsession. Let me know what you think.

It is by no means a comprehensive strategy, but a first attempt at seeking a solution to what many consider an unsolvable problem.

Fortunately, I’m not alone. There are numerous gun-control groups already doing amazing work aimed at curtailing semiautomatic use. Some of them might call me a fool for even suggesting we could end America’s addiction to guns altogether. I need to talk to them about it. 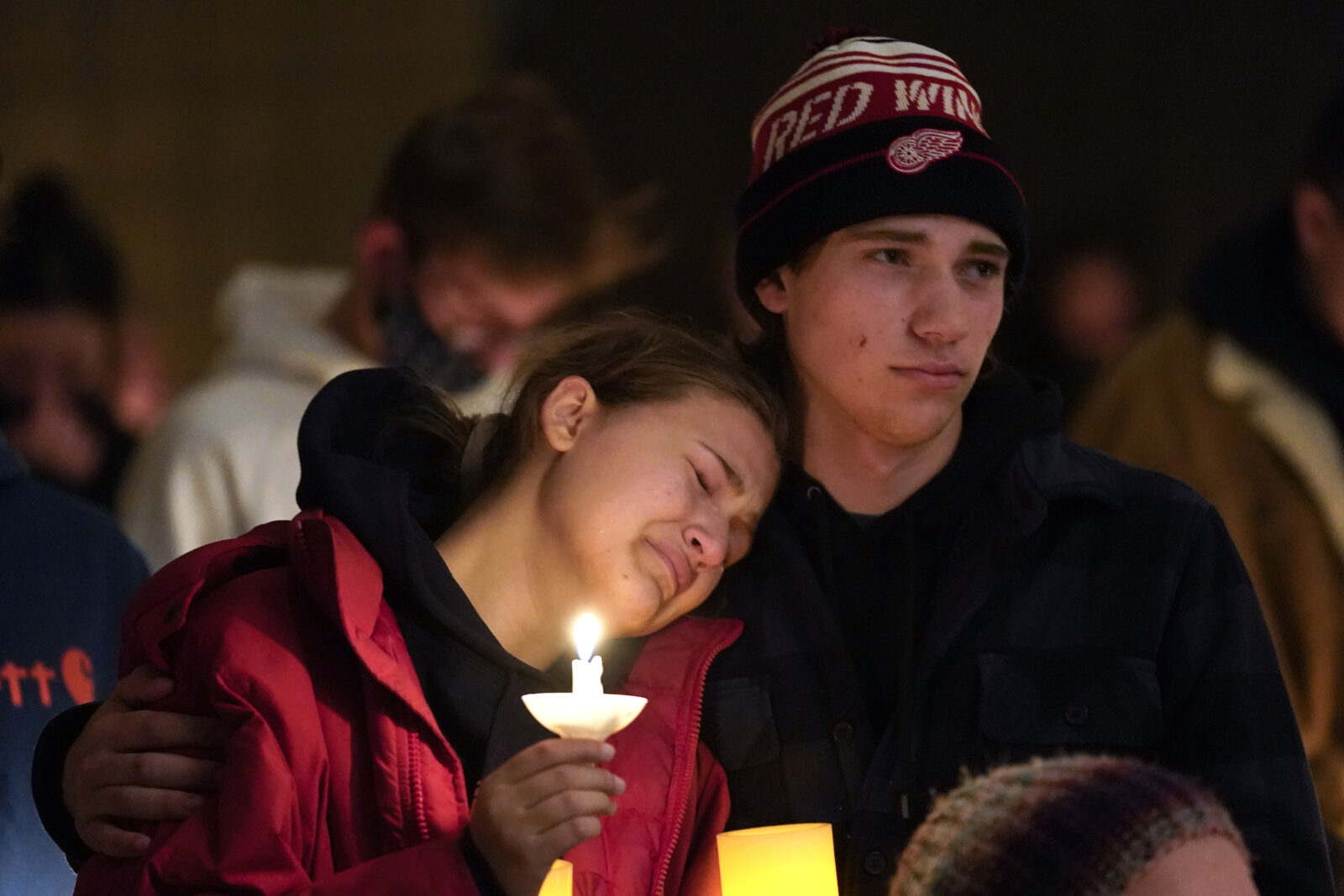