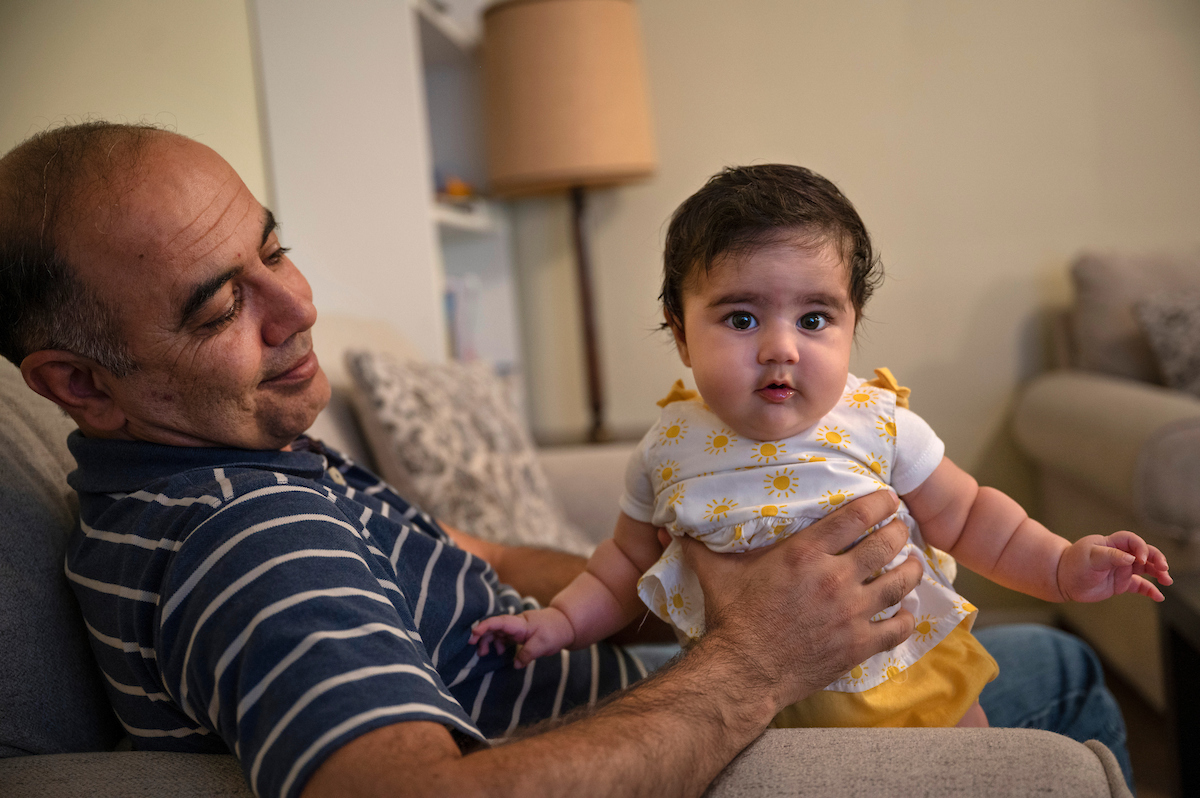 Zubair Babakarkhail with his infant daughter Inaya who was born in April in Pittsburgh.

It has been nearly a year since a journalist from Afghanistan escaped with his family and settled in the States — in Pittsburgh. And what a journey it has been.

As Zubair Babakarkhail crossed the airport threshold with his family, his wife was with child. Their newest arrival is now 4 months old, happy and healthy. Their other three children range in age from 7 to 13.

He now works full-time helping others who are new to the U.S. — and volunteers with a charity inspired by his journey, Team Zubair.

It was really hard for me to cover Afghanistan, to tell stories and then become a story myself at the end. It’s hard to leave your country in a way that no one wants.

My wife tells me she dreams of the day when we would go back and leave Afghanistan for America in a proper manner.

As a journalist there, I even gave a voice to those who captured Kabul — and yet, I was forced to leave. I always gave a voice to everyone. On every story where the Taliban and the government were involved, I contacted them and asked for their response. But finally, I had to flee because of them.

We had nothing when we left. We have relatives, a tribe, a village, a former house. We left all this behind.

I want to show people that I am not someone who did something wrong. I want to show them that, whatever I have done in my life in journalism, it was not wrong. I still believe in that. 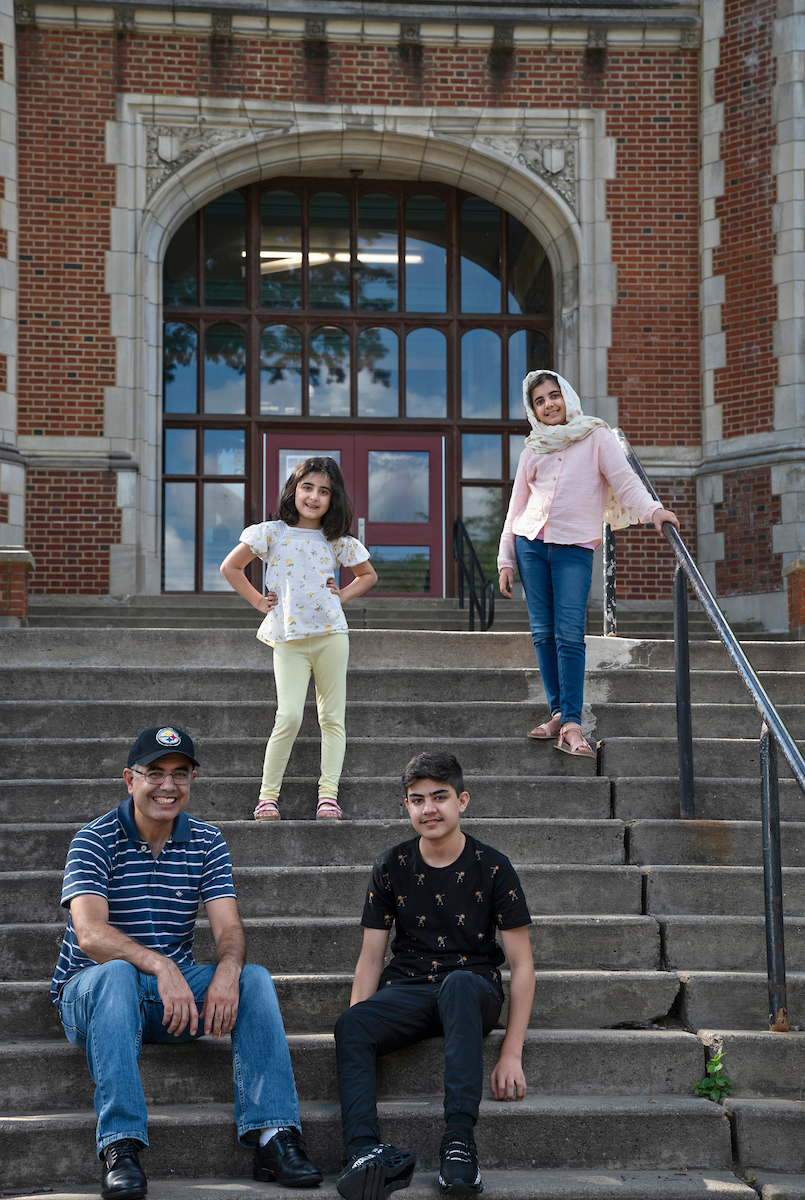 Zubair Babakarkhail with three of his children Omair, and Khadija and Javeria in front Pittsburgh Colfax K-8 School in Pittsburgh.

After I arrived in America, I had a little bit of time to help other Afghans. Some of them didn’t go to school in Afghanistan. They don’t know the English language. They don’t know how the system works here, even how to use a bus system.

So, I had some time to help them with interpretation or to go with them on a bus to show them where you get your bus pass, or how you get a ride with Uber. Plus, they need to understand that the culture is different here. It was a little bit easier for me to adjust here than for the rest of my family. I’d been in the U.S. before, in 2008. But although my wife went to school in Afghanistan, she still doesn’t speak English.

For my kids, it was really hard at the beginning in the first few days in the U.S. When I used to make a call back to Afghanistan, I’d talk to my brother and FaceTime with [the kids].

My daughter, 7, would come to see them and, after giving a glance to the screen and watching her cousins, she would remain mute. She was unable to talk, even to answer questions my brother asked her. She just felt sad. 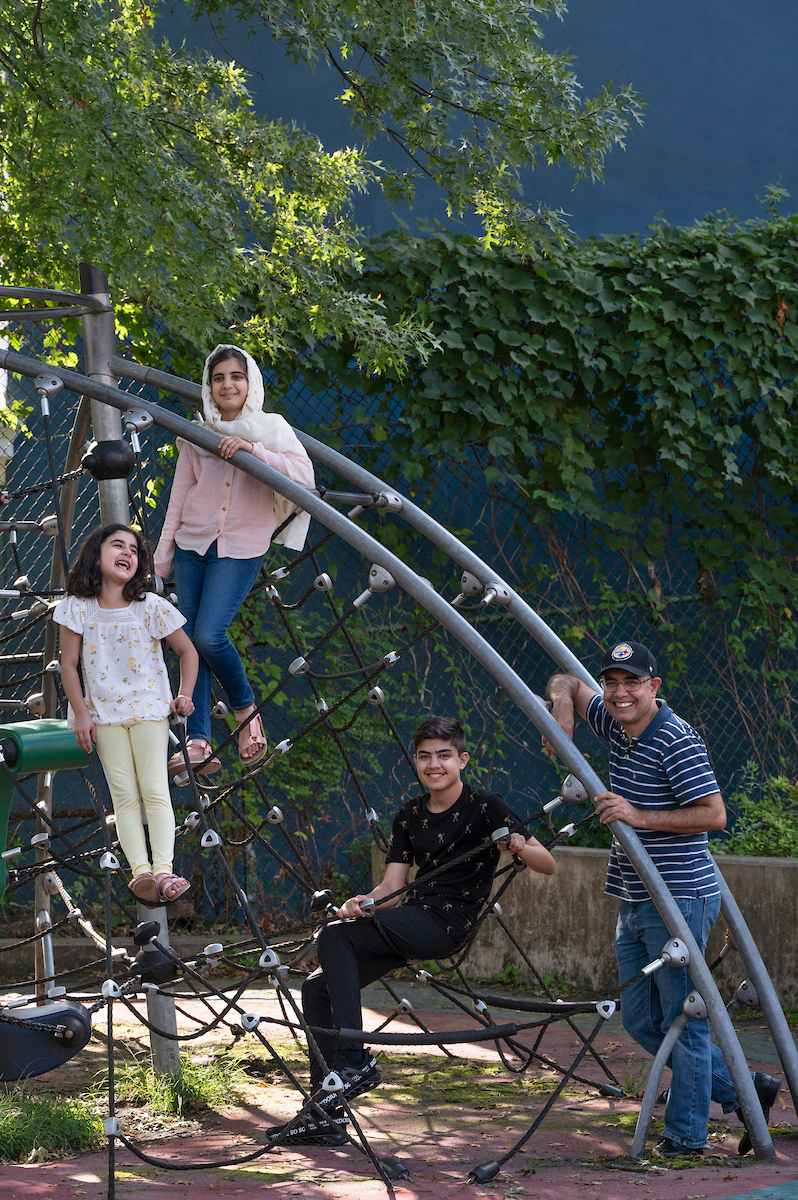 Zubair Babakarkhail with three of his children Omair, and Khadija and Javeria at Pittsburgh Colfax playground.

She was missing her cousins and, being far away from them and seeing them on the screen, made her sad. So we would tell her, “Come on, talk to your uncle.” But she would go back and just lie on her bed.

But thanks to my friends here, who always gave me good advice and suggestions and directions, they have supported us a lot. Plus, the resettlement agency [Jewish Family and Community Services] put my kids in school. They are going to school and that has helped them to adjust here.

And we’re exploring. We’ve been to Virginia, and I want to take my family to Niagara Falls.

One day we went to Schenley Park, me, my wife and our kids. We brought some tea and cookies and we were having a good time. And I saw several retired gentlemen playing volleyball.

I  told my wife, “I want to go closer to them and see them.” So I went and I watched for a minute and then they invited me to join them. I had such a great time.

I’ve seen so many places in a year, and we still have many more places to go and see. 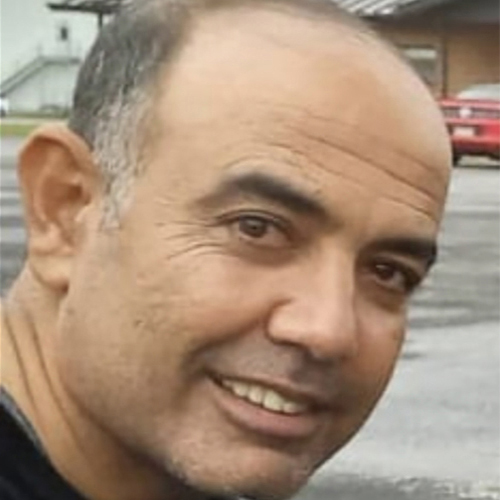 Zubair Babakarkhail is a journalist and cultural navigator. He also serves on the advisory board of Team Zubair, a nonprofit initiative inspired by his journey that helps new arrivals. He works for Jewish Family and Community Services in Pittsburgh. He documented war in Afghanistan for publications around the world. 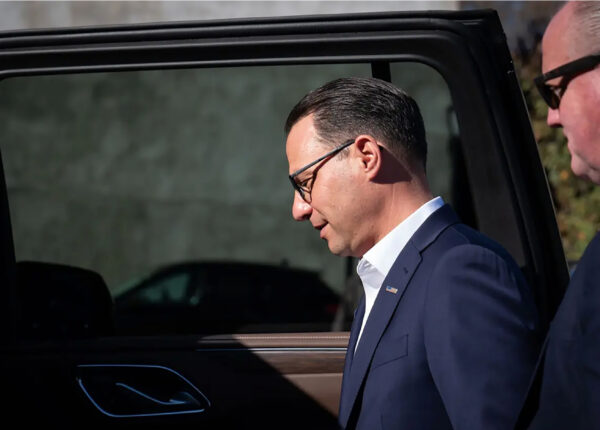 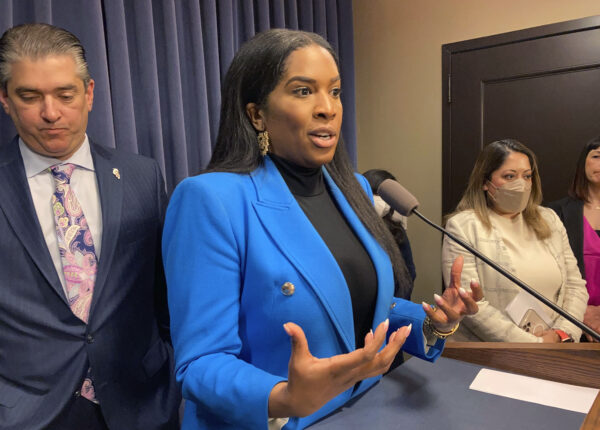 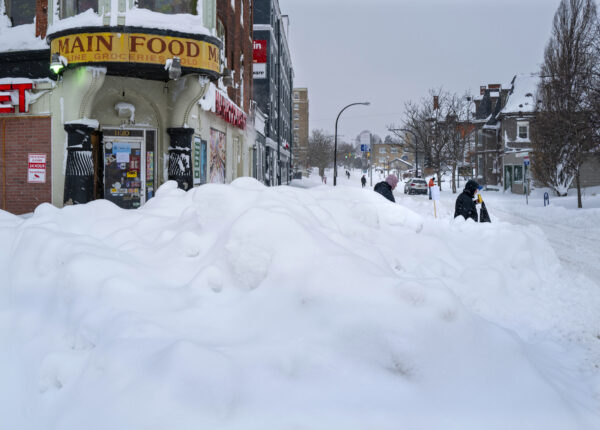 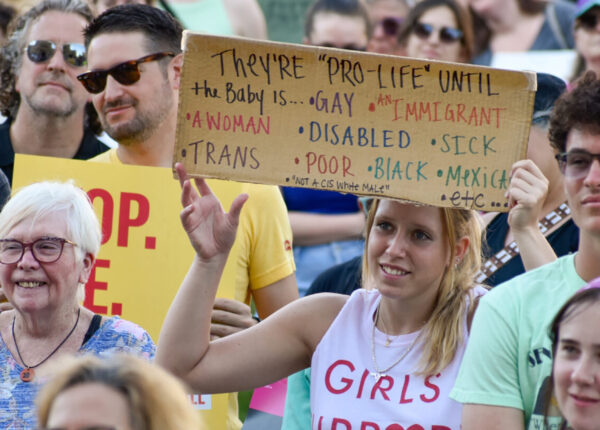