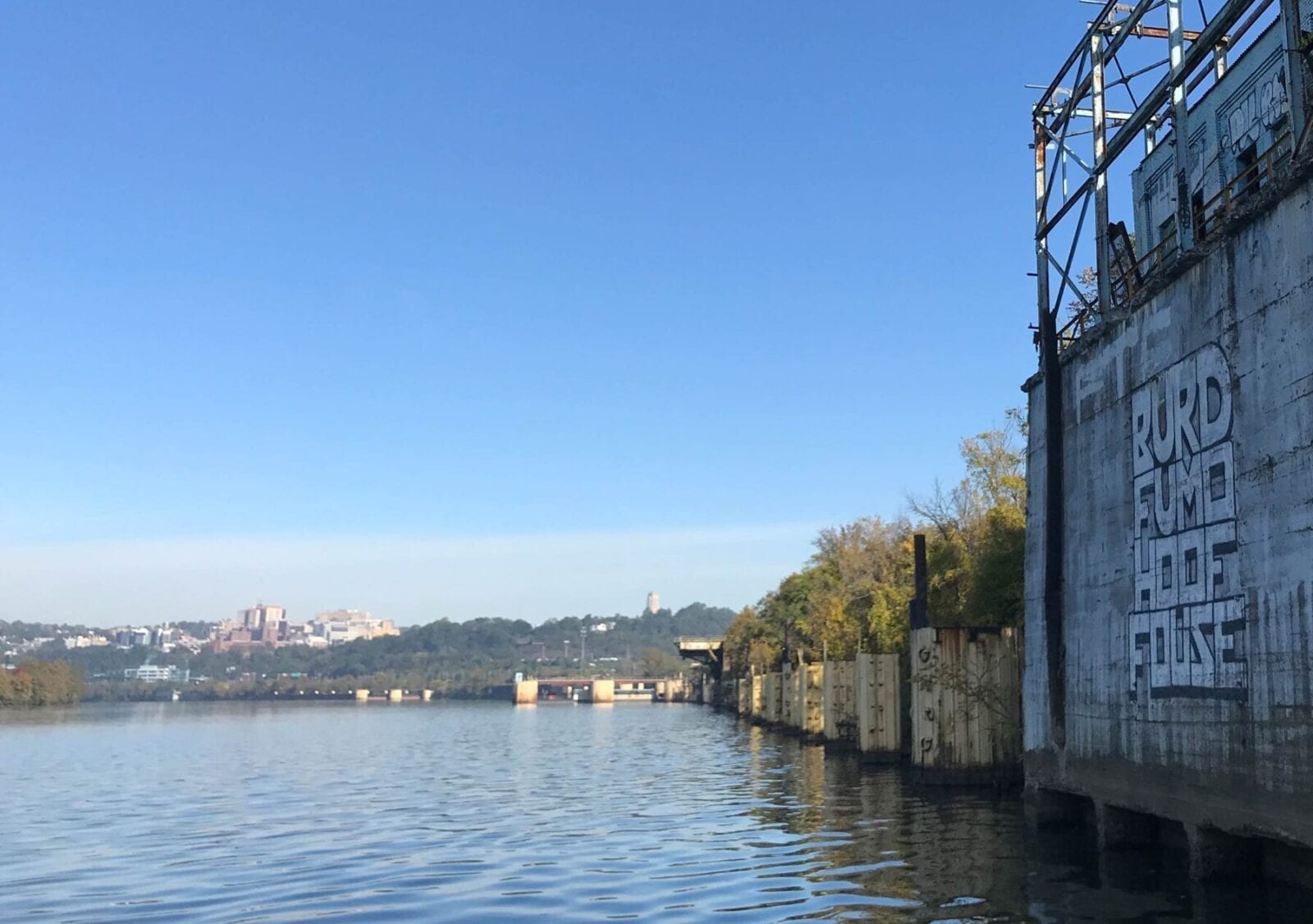 The Monongahela River in Hazelwood

Two days before Christmas 1998, a special meeting of the Pittsburgh Board of Public Education was convened with a minimal agenda. Students and staff were on holiday break, but the elected officials were being called in for a previously unscheduled meeting.

Board President Ron Suber scheduled the ad-hoc meeting with the hope — or maybe the expectation — that at least one board member would reverse his or her vote on a proposal that recently had come before the board. The board’s concurrence was needed to ensure a large package of public incentives was available to bring new industrial jobs to Pittsburgh.

Rarely is the singular goal of job creation: jobs über alles, ever questioned across southwestern Pennsylvania. In the mid-1970s, the state of Pennsylvania offered unprecedented financial incentives to bring a Volkswagen assembly plant to New Stanton, 30 miles southeast of Pittsburgh. Then as late as 2012, multi-billion dollar public incentives were granted to the Shell Corporation to build an ethane cracker along the Ohio River, just 12 miles from Downtown Pittsburgh.

But on that evening in 1998 the school board made a different determination — and became the unlikely venue where the City of Pittsburgh finally accepted that the production of commodity steel would not define its future.

Just a week prior, the school board had narrowly rejected a motion endorsing the creation of a Keystone Opportunity Zone (KOZ) along the Monongahela River in the Hazelwood neighborhood. Less than three months earlier, the Pennsylvania legislature had enacted the Keystone Opportunity Zone Act, which provided tax incentives for private investment in targeted areas. A new KOZ was intended to entice investment at a 168-acre industrial site in the neighborhood, and there already was a plan for where that investment would come from.

A consensus of political and business leaders was relying on the KOZ to entice Sun Coke, a subsidiary of Sunoco — one of the world’s largest energy companies — to build a coke works on the site. The project would retain at least a fraction of the jobs that were lost when LTV Corporation closed a much older coke works originally built by Jones and Laughlin Corporation earlier in the year. Designating the area as a KOZ would give Sun Coke an enviable package of tax incentives that included abatement of nearly all state and local taxes for 12 years.

Pittsburgh’s school board was often forced to address such decidedly non-educational matters because it exists as an independent local government, as are most of the 500 school districts across Pennsylvania. And since the school district, along with the City of Pittsburgh and Allegheny County, was one of the three primary taxing bodies for the industrial parcel, its concurrence was a requirement to create the new Keystone Opportunity Zone.

Coke is the essential input to the carbon-based steel production that defined Pittsburgh for more than a century. Coke production requires the removal of byproducts from coal, an imperfect and difficult-to-control process that inevitably releases volatile compounds including benzene, hydrogen sulfide and naphthalene into the atmosphere — a problem exacerbated as equipment becomes older and suffers inevitable breakdowns.

But for more than a century, Pittsburgh was willing to accept the environmental consequences of having a massive coke works in its midst. The plant provided jobs and prosperity for the city.

In 1997, the Environmental Protection Agency filed a notice of violation against LTV for exceeding particulate emissions from its combustion stacks the year prior. Four months later, LTV announced it would close the plant, citing more than $500 million of investment required to address minimum regulatory requirements.  Early in 1998, 700 of the plant’s remaining workers were laid off.

The possibility of keeping coke production in Hazelwood had immediate support from both Pennsylvania’s Republican governor and the city’s Democratic mayor, as well as from all three members of Allegheny County’s Board of Commissioners. Despite revisionist hagiography that Pittsburgh decisively rejected smokestack chasing in the 1980s to become a hub of technology and service industries, at the very end of the 20th century, Pittsburgh was singularly focused on expanding one of its oldest and dirtiest industrial operations.

A neighborhood-based group: Citizens Helping Our Community — spun out of a regional environmental group, the Group Against Smog and Pollution (GASP) — emerged to organize opposition to the proposed coke works. Their strategy focused on preventing local governments from authorizing the Keystone Opportunity Zone, seen as crucial to ensuring that Sun Coke would follow through on its investment.

But the real impact of the school board’s veto of the coke works on Pittsburgh’s transformation comes from the future it enabled. Following the contraction of the steel industry in the 1980s, the slow and steady growth in the collective “eds and meds” economy — much of it located within line of sight of Hazelwood — was key to rebuilding jobs and a diversified regional economy in the following decades.

But grassroots efforts failed to slow the process leading to approval of the KOZ, and the tax abatements it could provide the corporation. There was insignificant opposition when Pittsburgh’s city council voted to give preliminary approval for creating a KOZ on Dec. 16. While some opposition was anticipated at a Pittsburgh school board meeting scheduled for that evening, there was little concern that in the end the school board would not also approve the Keystone Opportunity Zone designation.

The school board consists of nine members. On economic development issues, the board typically followed the lead of the city and county. Suber and several board members had publicly expressed support for creating the KOZ. A majority, or even a supermajority, in support of the KOZ designation was not in serious doubt.

But when the vote was called, Suber and just three other members voted in favor of a motion to approve a new Opportunity Zone in Hazelwood. A slim majority of five board members voted against it.

Groups in support and opposition to the proposed coke works gathered before the follow-up meeting on December 23. Opposing demonstrators eventually were kept separate by a phalanx of city and school district police who had been mustered for security.

The late-December meeting was called to give an opportunity for any members who had previously voted against the Keystone Opportunity Zone to reopen the matter. Just one reversal likely would have ensured that Hazelwood would have been home to a coke works for decades to come. But a new vote couldn’t be entertained unless one of the original dissenting board members moved to reconsider the matter.

In the end, the death of heavy industry in Pittsburgh came in anticlimactic silence.

Following public remarks, the board’s president opened the floor for motions. When none was offered by any board member the matter died — as did the last vestiges of steel production within the city.

For a few months, Sun Coke publicly claimed it was still considering moving forward with the project without any public incentive. But supporters and opponents were proven correct in presuming the investment relied on public subsidies.

In mid-1999, the company announced what had become obvious: It was abandoning its effort to build a new plant in Hazelwood.

But the real impact of the school board’s veto of the coke works on Pittsburgh’s transformation comes from the future it enabled. Following the contraction of the steel industry in the 1980s, the slow and steady growth in the collective “eds and meds” economy — much of it located within line of sight of Hazelwood — was key to rebuilding jobs and a diversified regional economy in the following decades.

Not only are the three largest universities in western Pennsylvania located not far from Hazelwood, but so are several of the region’s largest hospitals. Adjacent neighborhoods in Pittsburgh’s East End are home to many education and health care workers.

Those workers, along with an expanding number of employees at an increasing number of technology firms attracted to Pittsburgh in recent decades, have much wider geographic opportunities for employment than the workers who made Pittsburgh a center for iron and steel production by the middle of the 19th century.

The continued operation of a coke works in close proximity would have had magnified and uninterrupted impacts on the quality of life of city residents and would have challenged Pittsburgh’s ability to compete for many of the workers and firms that were generating new growth for both the city and region.

The school board’s veto of a coke works did not singularly solve the Pittsburgh region’s environmental dilemmas.

The continued operation of a coke works in Clairton, nearly 15 miles from Hazelwood, routinely bedevils air quality across southwestern Pennsylvania. Nor did the failure to bring a new coke works to Hazelwood vanquish smokestack chasing as an economic prerogative in Pennsylvania.

But for a moment, short term job creation did not trump all other priorities and, if not for the narrowest of votes, Pittsburgh’s ongoing transformation could have taken a very different path in the 21st century. 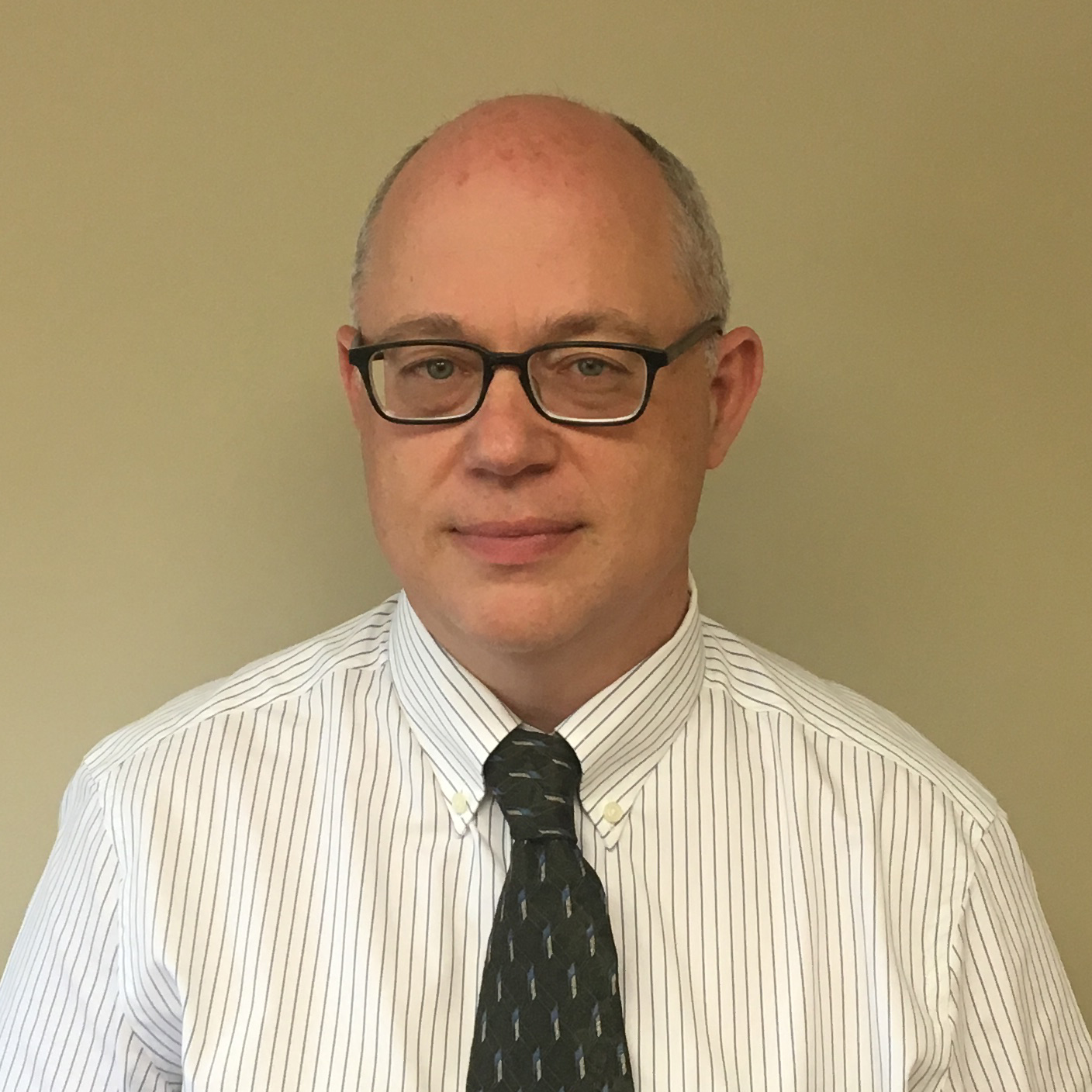