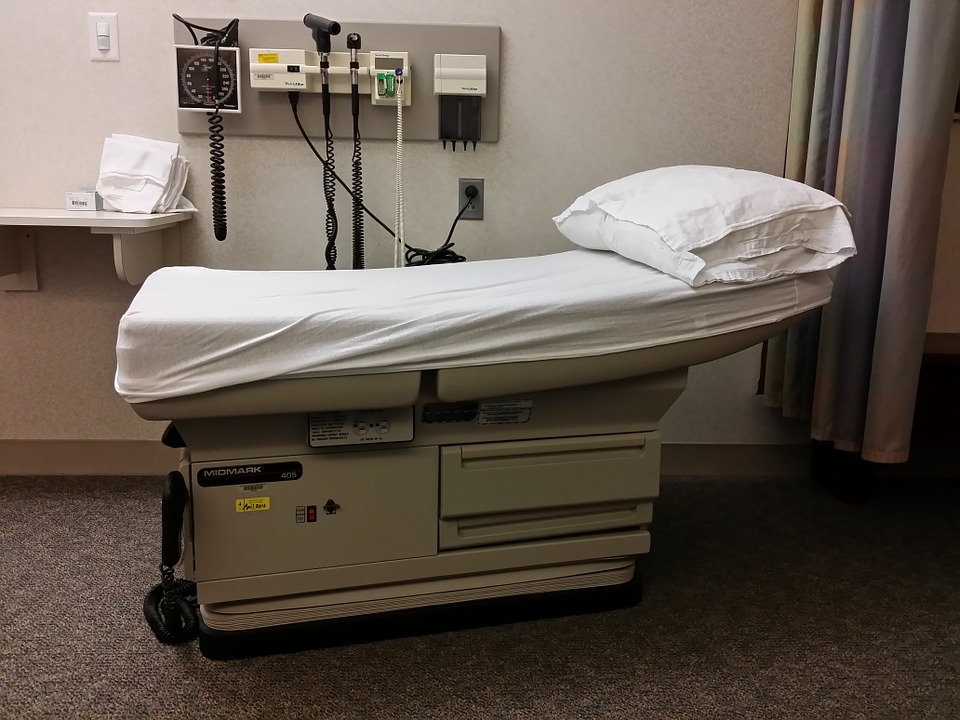 Doctors fighting to keep their patients alive are worried about new abortion-related paperwork and legal advice that would hold up necessary care for their patients.

Consulting lawyers and keeping complicated documentation is a part of life now that the U.S. Supreme Court overturned Roe v. Wade and Ohio put a six-week abortion ban in place.

“If (patients) are in the midst of a pregnancy loss and a heartbeat is present… we then have to do the same paperwork for someone who was having an elective termination (abortion),” said Dr. Amy Burkett, an OB/GYN hospitalist in Northeast Ohio.

Doctors face potential criminal charges and risks to their medical licenses because of what they say are unclear regulations and specifications on abortion. Beyond that, the changes to the health care landscape nationally and in Ohio create an environment where doctors who know a pregnancy isn’t viable may have to watch a parent carry the pregnancy anyway.

“Being forced to go down the path is just an unequivocal nightmare, especially if you think of someone going through an entire pregnancy against their will when they know the fetus is going to die,” said Dr. David Hackney, maternal fetal medicine specialist in the Cleveland area, and chair of the American College of Obstetrics and Gynecologist’s Ohio chapter.

Hackney, who works with high risk pregnancies and diagnoses birth defects, said abortion bans can increase the complication rate in pregnancies merely by increasing the number of pregnancies coming to term. 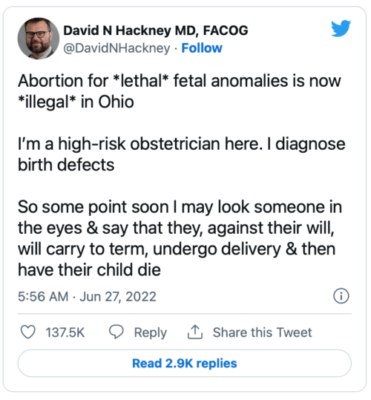 As Roe v. Wade was overturned Friday and Ohio implemented its six-week abortion ban, Hackney was on call, and went to sleep that night unsure how he would proceed with medical care the next day.

“It’s a Friday night, and all of a sudden the legal ground has changed entirely beneath my feet,” Hackney said.

With cases that can include time-sensitive care and bleeding that must be dealt with urgently, Hackney said not having a plan in place can cause distractions with dangerous impacts on infant and parent health. That plan may now have to include referrals to other health systems, and even other states for legal options.

“When it comes to a lot of these legal issues, the most important thing to have is a plan before something awful happens,” Hackney said. “We are even now still working out the details and trying to figure out processes.”

Abortion bans could have impacts on pregnancy-related procedures that have nothing to do with abortion as well, according to doctors. Dr. Tom Burwinkel, a reproductive endocrinologist who also works on in-vitro fertilization, says bills like HB 598 — a proposed complete abortion ban in Ohio — could cause legal confusion and liabilities for facilities storing embryos or working with those embryos.

Because the bill, which is currently sitting in a House committee, says an “unborn child” is defined at the time of fertilization, embryos that are damaged even accidentally or through natural occurrences in the IVF process could be held against the doctors conducting the work.

“If we have embryos stored and something happens to the liquid nitrogen tanks, are the physicians and the people that own the facilities on the hook for the loss of thousands of embryos?” Burwinkle posed.

Though IVF isn’t impacted by the six-week abortion ban, Burwinkle worries about the future of the IVF field and other pregnancy medicine, as laws and bills in the state focus on ideological ideas of life rather than the medicine involved.

“Obviously the legislature wants to take things a step further … and that’s somebody imposing their religious beliefs on others. I thought this country was founded on religious freedoms,” Burwinkle said.

Comments made by U.S. Supreme Court Justice Clarence Thomas in support of overturning Roe v. Wade are giving physicians further reason to be concerned about the future of gynecology, especially contraceptives.

Burkett said it’s important for the public to understand that contraceptives are not considered abortion medication, even as legislation might couple things like Plan B with abortion-inducing drugs, and misinformation exists coupling IUDs with abortion.

Misinformation about contraceptives does not just impact the public who may not have done enough research, but a part of legislation sponsored by non-medical professionals who may not be listening to the medical community. Hackney said ACOG representatives are always willing to serve as a resource for legislators.

“In general, most of this legislation happens without meaningful, or certainly not with mainstream medical input,” Hackney said.

Susan Tebben is an award-winning journalist for the Ohio Capital Journal with a decade of experience covering Ohio news, including courts and crime, Appalachian social issues, government, education, diversity and culture. She has worked for The Newark Advocate, The Glasgow Daily Times, The Athens Messenger, and WOUB Public Media. She has also had work featured on National Public Radio.