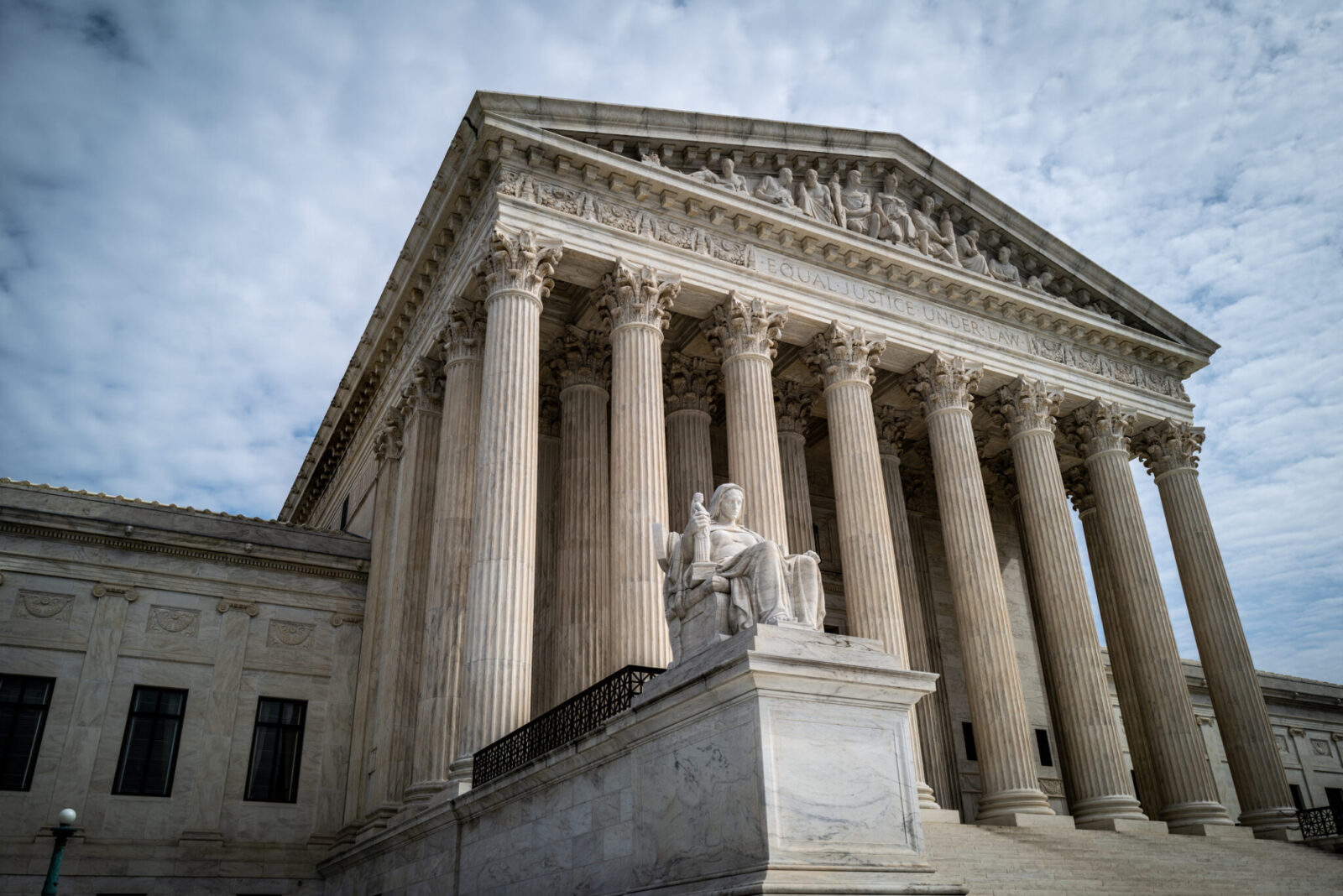 A view of the front portico of the United States Supreme Court building in Washington, DC. // Pennsylvania Capital-Star

The U.S. Supreme Court — with a conservative majority — on Friday ruled in favor of a Mississippi lawdirectly challenging the landmark Roe v. Wade decision by making most abortions illegal after 15 weeks of pregnancy.

The decision, written by Justice Samuel Alito, is the highest court’s most consequential decision on abortion rights in decades, leaving decisions about abortion and its legality up to states.

“The Constitution does not confer a right to abortion; Roe and Casey are overruled; and the authority to regulate abortion is returned to the people and their elected representatives,” Alito wrote in the opinion.

The decision comes more than a month after a leaked draft opinion showed the nine-member court voting to strike down the 1973 decision guaranteeing federal constitutional protections of abortion rights and a 1992 decision further reaffirming the right.

While the U.S. Supreme Court decision does not immediately change abortion access in Pennsylvania, the results of the November elections, specifically the gubernatorial and legislative races, could shape how, why, and when someone can receive an abortion — or if at all.

In the meantime, Pennsylvania could become a sanctuary state for those seeking an abortion but whose home states have outlawed the procedure or implemented strict restrictions.

Pennsylvania Gov. Tom Wolf — a Democrat and former Planned Parenthood volunteer — has vowed to veto any legislation restricting or outlawing abortion. Wolf has vetoed three bills that would have limited abortion access in Pennsylvania, including a Republican-penned proposal that would have narrowed the window on how long a person has to get a legal abortion.

But as he prepares to leave office in January 2023, and with Republicans looking to maintain control in the House and Senate this November, abortion access could change drastically depending on the results of the governor’s race.

“This ruling presents a necessary opportunity to examine our existing abortion law, and discussions around possible changes are already underway.” — House Republican leadership said in a statement

“I will not let our daughters grow up in a world where they have fewer rights than their mothers and grandmothers had in Pennsylvania,” Shapiro said in a statement issued after Friday’s ruling. “The stakes in this post-Roe world are clear. Either we’re going to safeguard their right to choose, or it’ll be ripped away with no exceptions.”

Sen. Doug Mastriano, Shapiro’s opponent in the November general election as the GOP nominee, was one candidate who also voiced support for a complete ban — with no exceptions — of the procedure.

In a statement issued after the draft opinion leak, Mastriano said he would call on the General Assembly to vote on legislation prohibiting abortions once fetal cardiac activity is detected.

And after Friday’s ruling, he wrote on Facebook: “Life wins.”

Thirteen states have passed so-called trigger laws to ban abortions if the U.S. Supreme Court overturns Roe v. Wade. Although Pennsylvania is not one of them, proposals to restrict abortion access have circulated in the Republican-controlled Legislature for years.

Republicans in Harrisburg have drafted a bill banning abortion after a Down syndrome diagnosis. Last year, state Sen. Judy Ward, R-Blair, introduced a proposed constitutional amendment, which the governor cannot veto. If approved by voters, it would update the state’s governing document to state that there is no constitutional right to abortion or public funding for the procedure.

“This ruling presents a necessary opportunity to examine our existing abortion law, and discussions around possible changes are already underway,” House Republican leadership said in a statement.

Since the leaked draft opinion, reproductive rights advocates have organized and urged Pennsylvania voters to contact their representatives to voice opposition to legislation restricting abortions or curtailing funding to health care facilities that perform the procedure. They’ve also encouraged donations to an abortion fund and urged others to share their experiences with abortion and reproductive health care.

A Pennsylvania native, Marley Parish covers the Senate for the Capital-Star. She previously reported on government, education and community issues for the Centre Daily Times and has a background in writing, editing and design. A graduate of Allegheny College, Marley served as editor of the campus newspaper, where she also covered everything from student government to college sports.