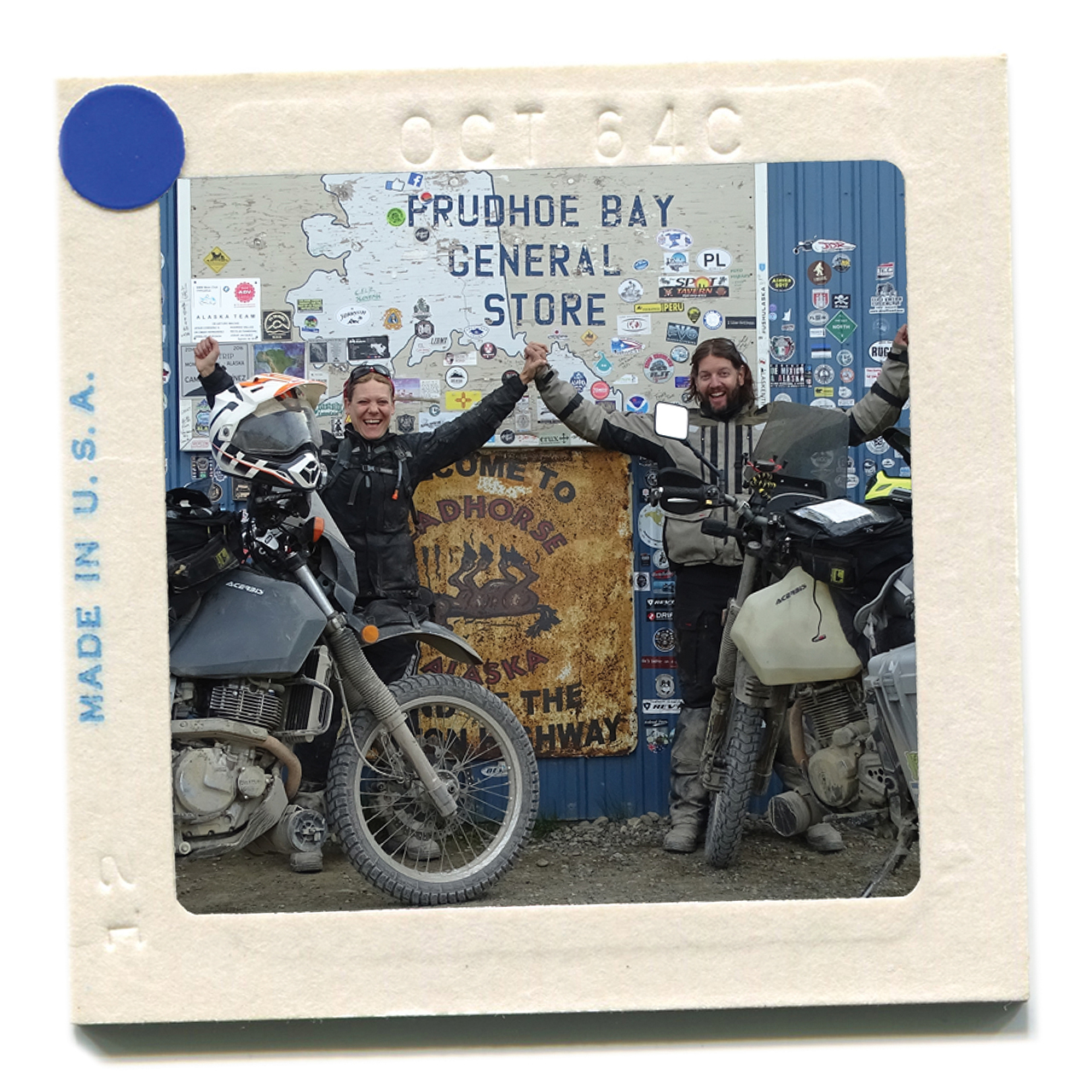 It wasn’t easy pinning them down amid their fast-paced, global wanderings.

When we did manage to connect with Kyle Milne and Stina Goršič, the married couple had just ridden their motorcycles to central Turkey’s spectacular and picturesque Cappadocia region, a collection breathtaking, multicolored rock formations

The duo has spent the last few years periodically navigating the globe by motorcycle to broaden their horizons and, of course, have loads of fun while doing it.

As of September, Stina and Kyle, also known by their Instagram handle “Moto Migrants,” had ridden in 43 countries including several not on your typical travel itinerary. 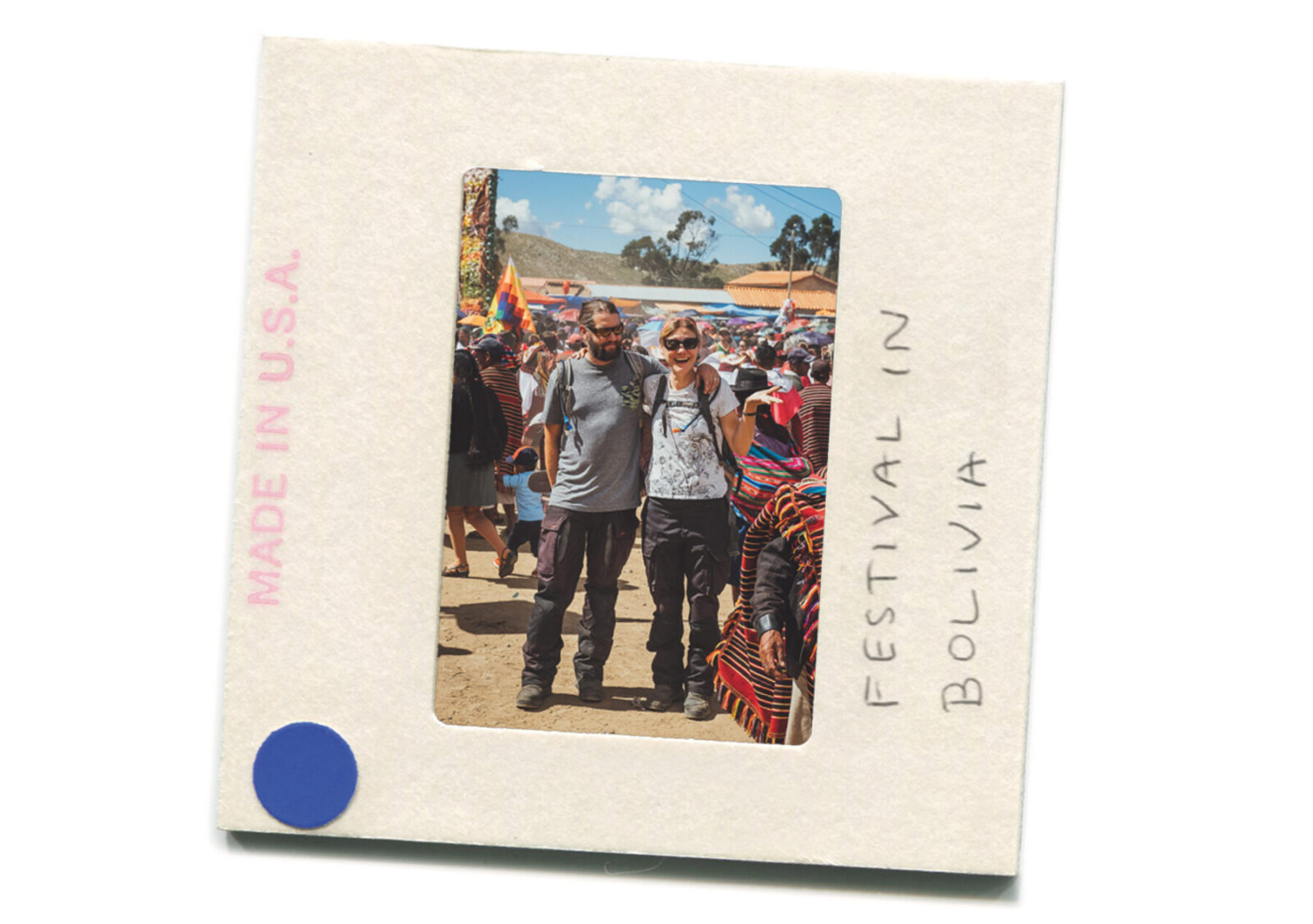 Kyle and Stina Milne on a moto adventure.

“We told ourselves ‘let’s go from Pittsburgh to Panama and back and see if we like this lifestyle.’”

They’ve made their way through jungle thickets and crossed deserts in Africa, as well as the highways and backroads of America, Mexico, and deep into Central and South America. Among their favorite destinations for adventure riding are Namibia and Botswana, both in Africa.

Their moto adventures have taken them along narrow, mountainous roads in Bolivia and to the environs of Peru’s ancient city of Machu Picchu.

Later this year, they plan to tackle the outback, coasts, and cities of Australia.

“Just how do they manage to lead such extraordinary lives of excitement and adventure?” you may ask yourself.

“We work our asses off, then we travel,” said Stina, adding matter- of- factly that “if you don’t have children, you have extra money.” They also pinch pennies by camping during their adventures and cooking as much as they can.

The couple spent the last couple of years renovating homes in the Pittsburgh and New York area, squirreling away their savings with one ambition in mind: to hit the road. 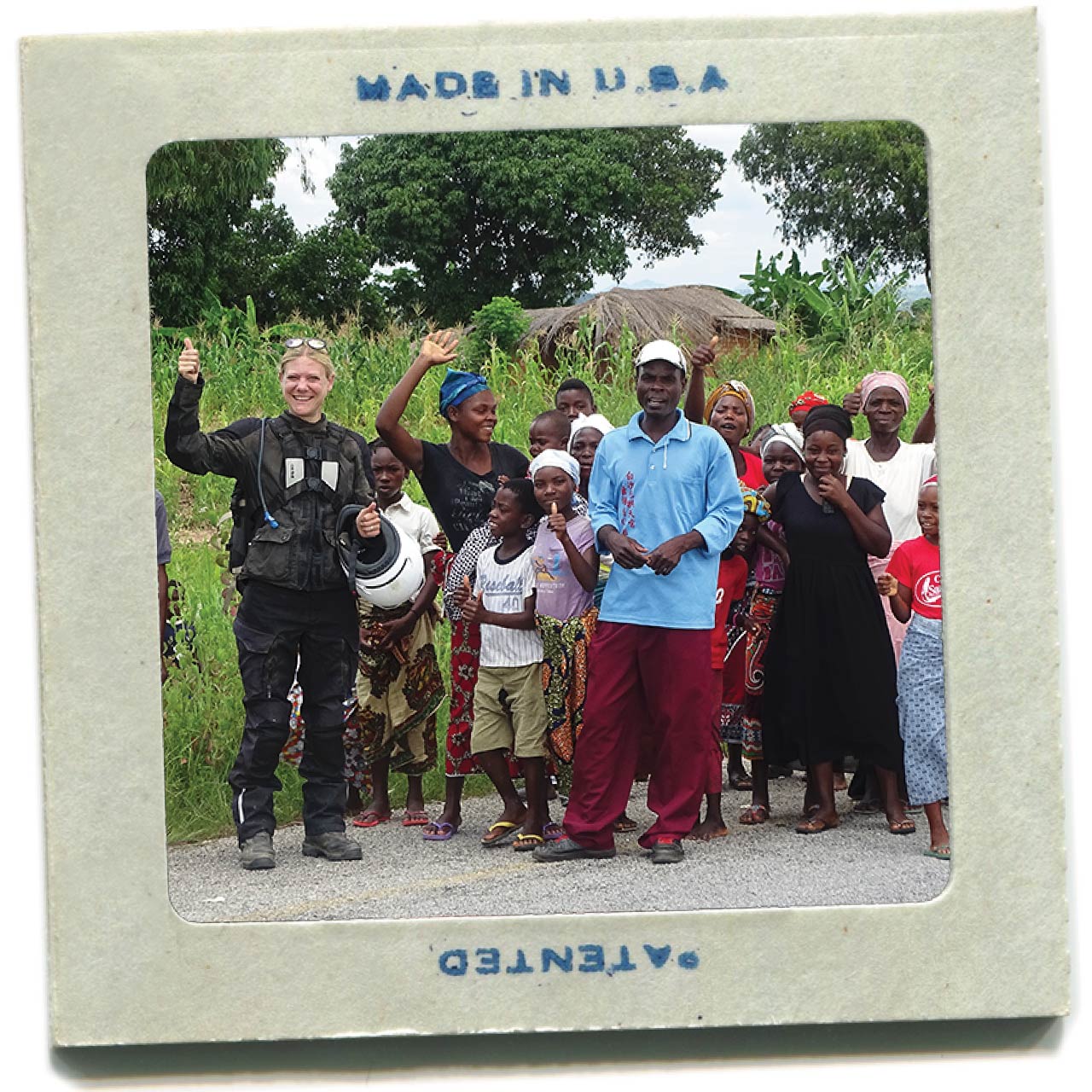 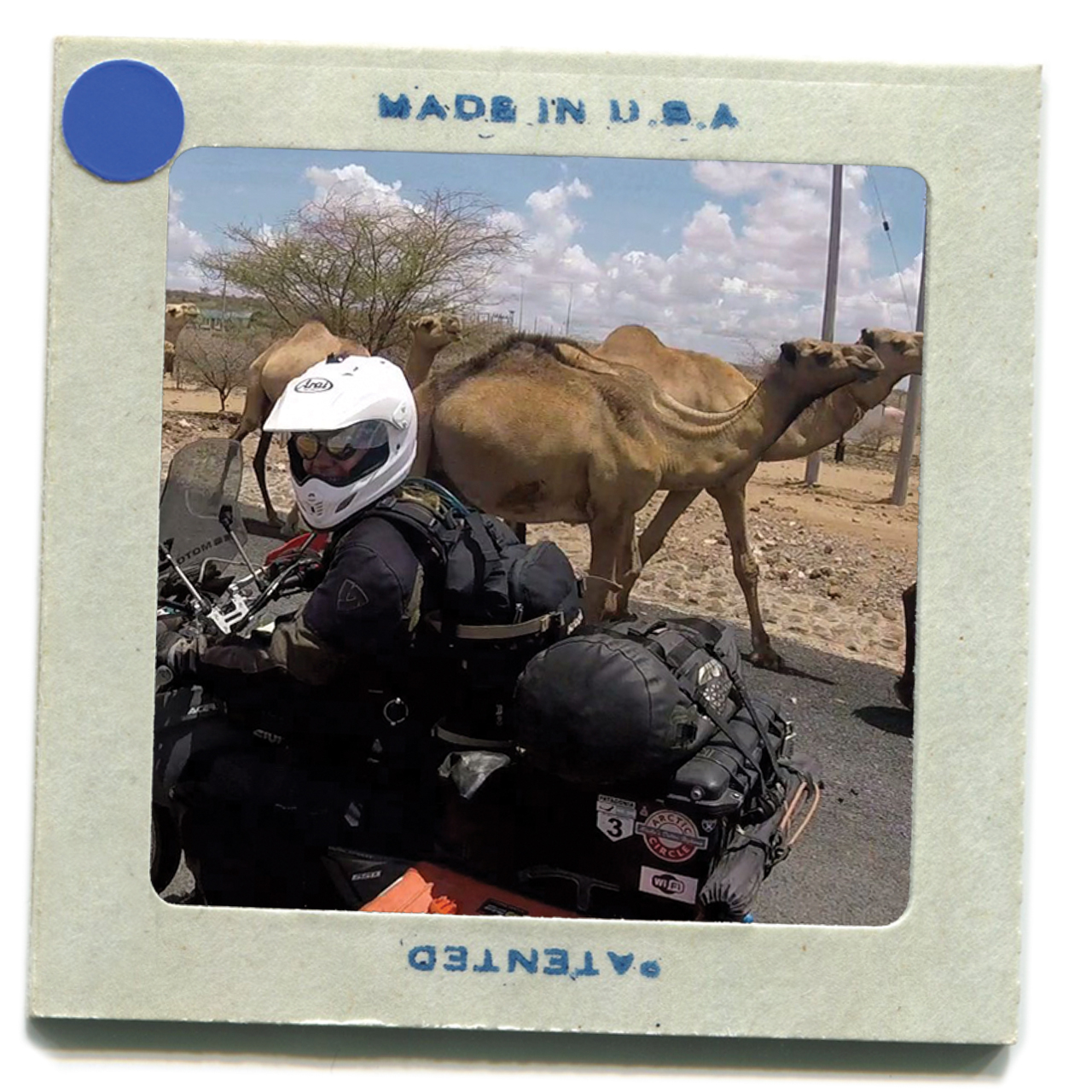 While on their epic moto journey, they rent out their house and have temporarily made Stina’s parents’ home in Slovenia their home base while exploring Eastern Europe and Asia.

Stina and Kyle only recently adopted the motorcycle vagabond lifestyle after one of them pledged to kick a nasty habit.

“It started because Stina quit smoking,” Kyle said.. “It was incredibly hard for her. She became really fidgety and said to me ‘we need to do something.’”

That “something” turned into Stina getting her motorcycle license so she could join Kyle on the road. However, their ambitions didn’t stop at cruising winding country roads in Western Pennsylvania.

As soon as Stina was legally allowed to ride, the couple embarked on a 5,000-mile- long motorcycle tour of the northern Atlantic Coast, of Canada, New Brunswick, and Newfoundland.

“Don’t worry too much, take one day at a time.” 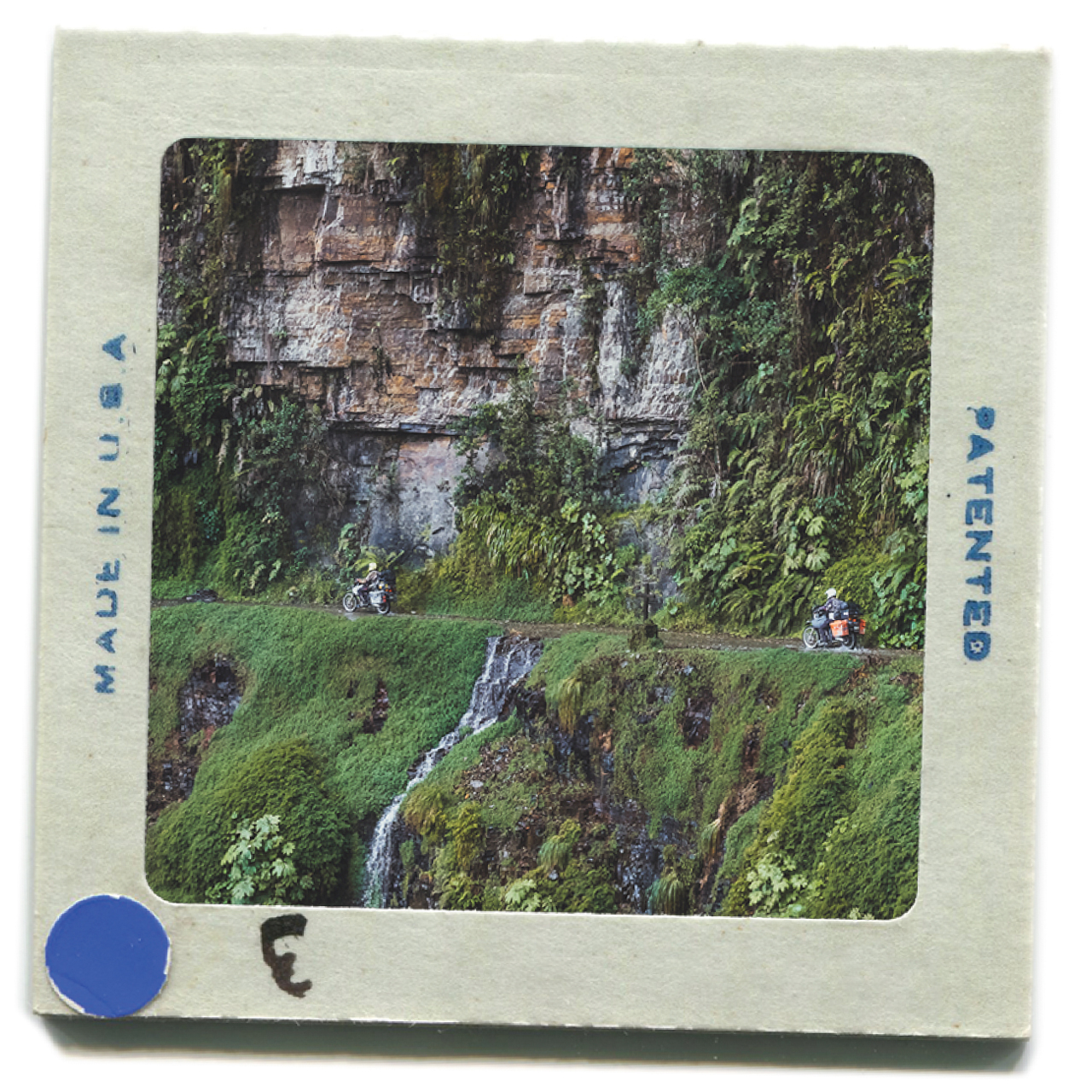 During that trip they realized they’d been bitten by the travel bug, prompting them to plan their next adventure: a 2016 trip from their home in Pittsburgh all the way to southern Panama.

“We told ourselves ‘let’s go from Pittsburgh to Panama and back and see if we like this lifestyle,’” Kyle said.

So far the life of a nomadic motorcycling couple taking on the exciting world of two-wheeled odyssey seems to suit them just fine despite a few missteps along the way. Stina was side swiped by an SUV during the Africa leg of their adventure and hit by a cow while riding in Baja.

But the occasional travails of the road don’t seem to bother them one bit. It’s all part of the adventure, which according to Kyle, means being open to new experiences along the way and expecting the unexpected.

“Don’t plan too much, you will overthink it,” he said as advice to aspiring wanders. “Don’t worry too much, take one day at a time.” 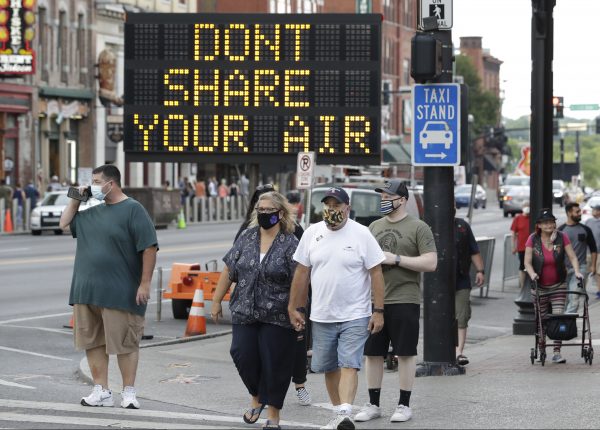 A doctor’s prescription for staying safe amid a pandemic