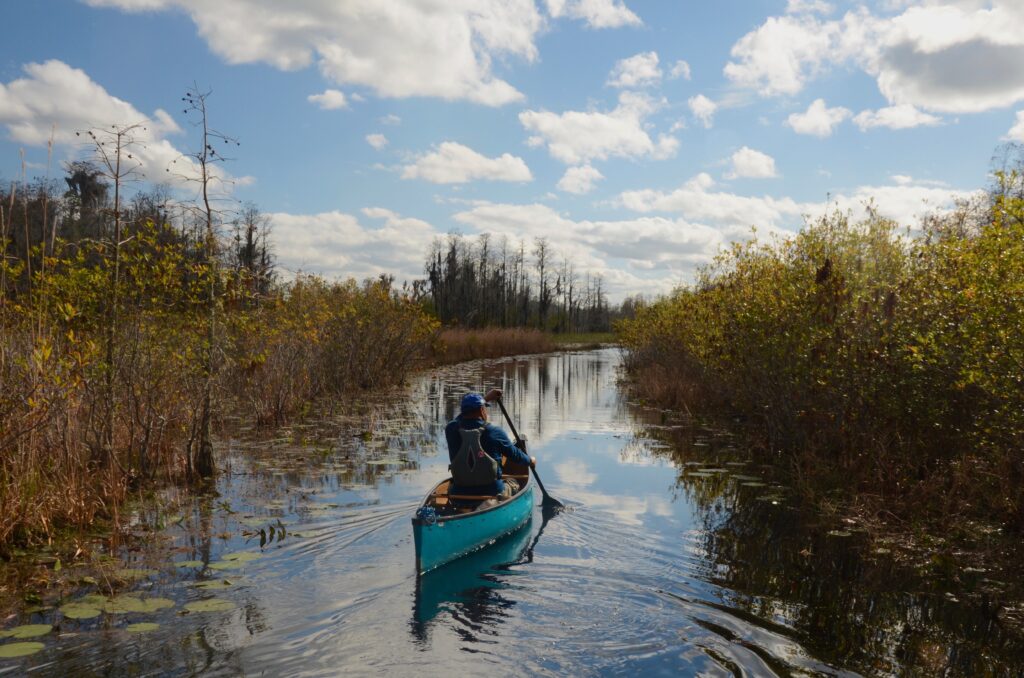 The clock is ticking down for the public to voice its opinion on a proposed heavy metals strip mine near the Okefenokee National Wildlife Refuge.

Georgia’s Environmental Protection Division opened up a 60-day public comment period Thursday after releasing the draft mining land use permit that would allow Alabama’s Twin Pines Minerals to dig for minerals three miles from the nation’s largest blackwater swamp. The EPD’s announcement comes more than three years after Twin Pines unveiled its controversial plans that a host of environmentalists, state officials and Okefenokee Swamp fans say threaten a habitat that attracts hundreds of thousands of visitors each year and is home to over 600 plant species and rare animals.

If there is no last-minute snag dealing with the permits, Twin Pines said by this spring it could begin to mine sands for zirconium and titanium dioxide, which is most commonly found in white paint pigments. Mining would take place along Trail Ridge, which separates the St. Marys River from the Okefenokee refuge.

After reviewing public comments, EPD can decide if it will issue the draft permit. The agency would then open up a final round of comments before making a final decision.

The demonstration mining project would take place along 580 acres of a 773-acre tract that is located three miles from the edge of the swamp.

Twin Pines President Steve Ingle said the company is pleased to have reached this milestone and is ready to show how the project will not harm the environment as many doubters and critics claim.

“This is a great opportunity for people to learn the truth about what our operations will and will not do, and the absurdity of allegations that our shallow mining-to-land-reclamation process will ‘drain the swamp’ or harm it in any way,” Ingle said in a statement.

“To have arrived at this point is a validation of the science and it’s time for those that are concerned to be open minded and recognize they may not have been getting the truth from opposition groups,” Ingle said. “EPD’s process has been thorough and rigorous, and our responses to their questions have been based on sound science and engineering. We will be transparent in our operations and adhere to the direction of EPD which will closely monitor our activities.”

On Thursday, those opposed to the project remained steadfast in their belief that the project will lower the level of water in the diverse ecosystem along Florida-Georgia border.

Rhett Jackson, professor of water resources for the University of Georgia, said the EPD analysis is deeply flawed because it assesses the effects on water levels at sites where the watershed and annual discharge is four times larger than where the river exits the swamp.

“In contrast, data from the correct river gauge just south of the swamp shows that groundwater withdrawals from the mining pit will triple the frequency of severe drought in the swamp’s SE portion and the Upper St Marys River,” he said. “Such an increase in drought frequency will have substantial effects on swamp ecology, wildfire frequency, and boating access for tourism, management, and scientific purposes.”

Veteran environmental attorney Josh Marks, who led the fight against DuPont’s titanium mining plans in the 1990s, also criticized Twin Pines’ proposal as a threat to the swamp’s integrity that would be a danger if the company had a flawless and long-track record of operating similar mines.

“But TPM has zero experience developing titanium mines, and has a laundry list of violations and misrepresentations, the most recent of which being its apparent violation of state law governing its exploratory drilling and data collection when it was developing the project,” Marks said. “Simply put, TPM can’t be trusted to operate in the middle of a desert much less next to Georgia’s greatest natural treasure.”

Members of the Okefenokee Protection Alliance coalition of environmental organizations are urging people to ask that EPD officials reject the mining plans. As of last month, more than 130,000 comments had been submitted to state and federal agencies and officials over the last several years.

EPD is accepting comments at TwinPines.Comments@dnr.ga.gov.

There are also pending cases in the U.S. Supreme Court and U.S. District Court that could impact the future mining plans along the Okefenokee.

A lawsuit filed by the Southern Environmental Law Center claims the corps illegally removed its jurisdiction last year by ceasing to consult with the Muscogee Creek Nation about the mining project that they say could disrupt native burial grounds.

And state Rep. Darlene Taylor, a Thomasville Republican, has said she plans to sponsor new legislation next year defining exactly where mining would be banned along Trail Ridge.

As part of this project, Twin Pines intends to return the land to its original contours in order to demonstrate that it can safely mine along Trail Ridge. If that’s successful, the company has its sights set on expanding its dig to the refuge’s boundary.

Twin Pines has said the project will inject economic development and good paying jobs into Charlton County in southeast Georgia.

“As we have said from the beginning, we are not risk takers and will not embark on a journey that could cause environmental harm and financial penalties,” Ingle said. “We look forward to moving ahead with the project and to providing the jobs and economic stimulus our friends in Charlton County have been anticipating for three years.”