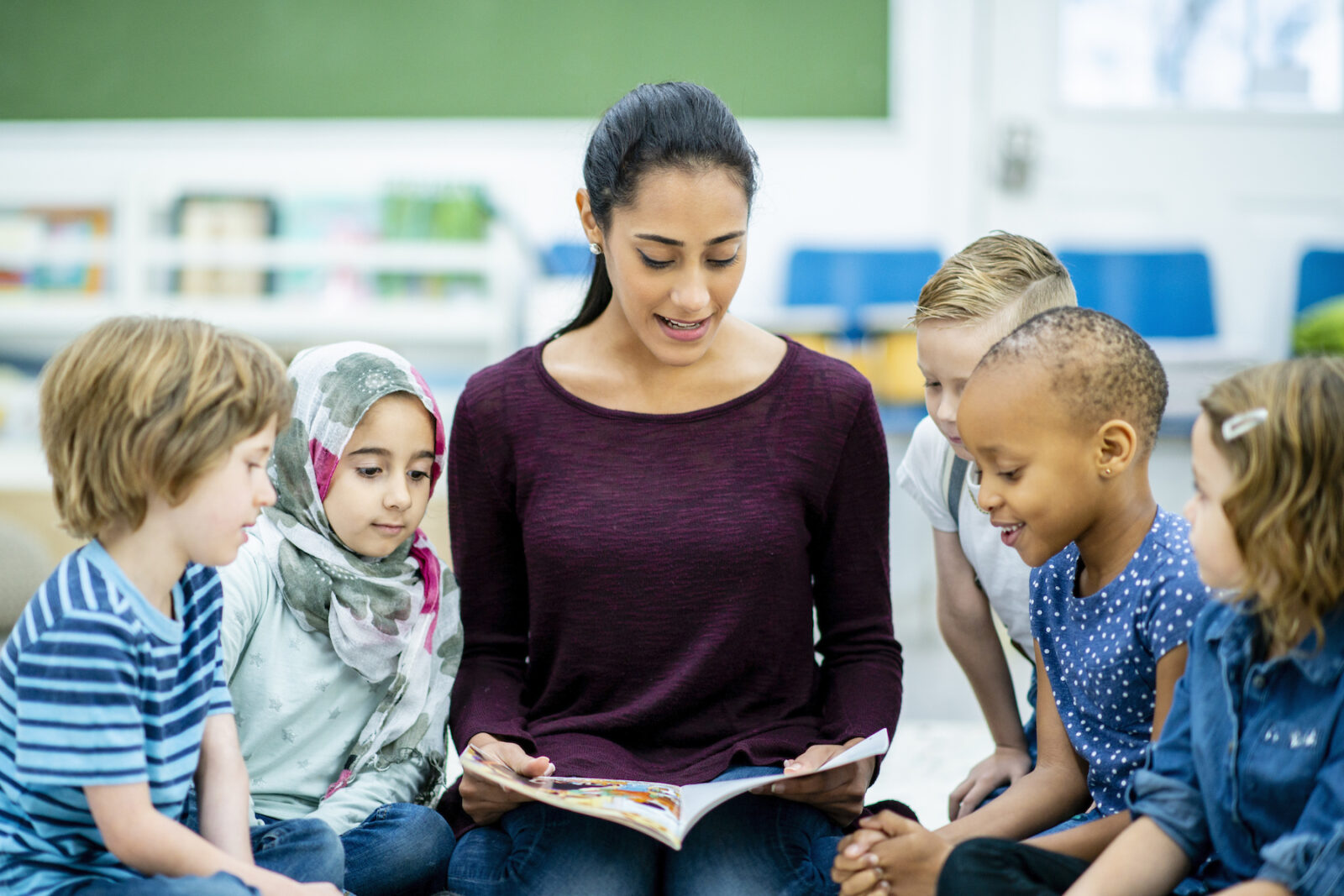 A new national nonprofit is organizing parents, teachers and students in Michigan to fight right-wing activism in education, including Republican-led legislation that critics say will silence educators attempting to teach about race and racism.

The organization, the Campaign for Our Shared Future, launched in 2021 and has since gone on to identify 15 states — including Michigan, Ohio, Pennsylvania, Arizona, and Louisiana — where it is working to dismantle efforts to push legislation attacking education about systemic racism, such as House Bill 5097 in Michigan. 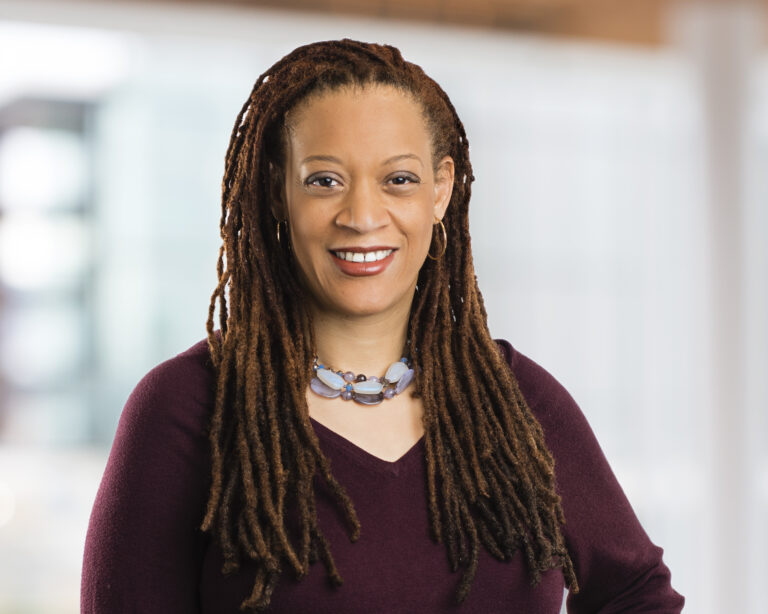 “House Bill 5097 is one of those harmful bills we see that gets in the way of students to learn their true and complete history,” said Heather Harding, the Campaign for Our Shared Future’s new executive director who grew up in Jackson before she left to study at Northwestern University and Harvard University.

Introduced by state Rep. Andrew Beeler (R-Ft. Gratiot) and passed by the House in November, House Bill 5097 would prohibit schools from including “any form of race or gender stereotyping” in their curricula. It follows a nationwide right-wing trend to ban “critical race theory,” although Beeler’s bill does not explicitly name CRT — a decades-old college-level academic theory that explores systemic racism and is not taught in the vast majority of K-12 schools in Michigan.

The Senate Education and Career Readiness Committee voted to advance the bill to the full Senate in June; it has not yet been voted on by the Senate.

While the bill’s supporters say it’s an attempt to ban racial and gender stereotyping, educators and Democratic lawmakers have said the bill would achieve the opposite and instead make teachers fearful of having honest conversations around the country’s history of slavery and the ongoing impact it has on Black Americans, among other discussions about systemic racism.

“We have kids being literally slaughtered in their classrooms across the country, and yet these right-wing extremists are focused instead on censoring educators from using their expertise to teach students,” Michigan Education Association spokesperson Thomas Morgan told the Advance in June.

It is legislation like HB 5097 that led the Campaign for Our Shared Future to Michigan and the other 14 states it is working in, Harding explained. An entirely remote organization with staff across the country, the nonprofit has been operating in Michigan since early 2022 and has partnered with the Michigan Education Justice Coalition, a group of 26 education advocacy organizations throughout the state, among other individuals in its efforts to battle what Harding called “radical politicians and the culture wars landing on the school doorsteps.”

These efforts come in the wake of a nationwide right-wing push against teaching about LGBTQ+ rights and systemic racism in public schools, from Sen. Ted Cruz (R-Texas) accusing educators of targeting “white babies” with Marxist ideology to the Florida Department of Education citing critical race theory as one reason it was rejecting some math textbooks. 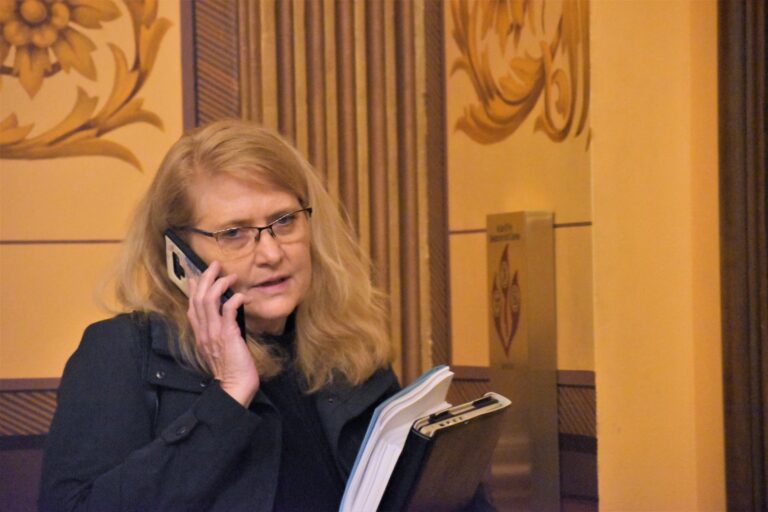 “Progressive social media trolls like Senator Mallory McMorrow (D-Snowflake) who are outraged they can’t … groom and sexualize kindergarteners or that 8-year-olds are responsible for slavery,” Theis wrote in the email.

That smear has since propelled McMorrow to the national stage, where such high-profile politicians as President Joe Biden and former Democratic presidential candidate and U.S. Secretary of State Hillary Clinton have lauded McMorrow for standing up to Theis in a speech that has since gone viral.

The Republican running for the state’s highest office too has engaged in this kind of rhetoric. GOP gubernatorial candidate Tudor Dixon, who has repeatedly made transphobic comments, said in June — which is Pride Month — that if elected she would “sign a bill that creates severe criminal penalties for adults who involve children in drag shows.”

These kinds of attacks, particularly those on public schools, are “coordinated and about politics and power, not what is most important for our students,” Harding said.

“That’s really unfortunate for the needs of families,” Harding continued.

As a nonpartisan nonprofit, it is important to reach parents, students and educators from across the ideological spectrum who back a comprehensive education around race and racism — a group that exists, she said, despite a vocal minority that says otherwise.

"We have to focus on raising the voices of actual parents with kids in schools, not stoking distrust and whipping up conflict that may or may not be at the forefront of people’s minds for political gain." – Heather Harding, the Campaign for Our Shared Future’s new executive director

“Americans want a great education for their kids; they want their kids to learn the good and the bad of the country’s history so we can focus on improving our democratic project,” Harding said, referring to democracy and not the Democratic political party. “It’s a small minority who are getting all of the attention and whipping up what I would say is fear and conflict at a time we need collaboration.”

While the Campaign for Our Shared Future is still new and finding its footing, Harding said she hopes that amplifying the voices of parents, teachers and students who aren’t getting the kind of media attention that politicians are will lead to a shift in culture.

“We have to focus on raising the voices of actual parents with kids in schools, not stoking distrust and whipping up conflict that may or may not be at the forefront of people’s minds for political gain,” Harding said.

In other words: the more parents, students and teachers are involved in local and national discourse around education, the less power problematic politicians will wield, Harding said.

“I hope that the attack on public schools recedes, and we focus on how we work together to ensure that kids have a quality education,” Harding said.

“I don’t know what’s going to happen tomorrow, but I do think as long as politics and politicians get something out of it [pushing anti-public education statements and legislation], this kind of stuff will continue,” she continued. “They’re trying to distract and divide us. We want to make sure the majority of American families’ voices are heard.”

Anna Gustafson is the assistant editor at Michigan Advance, where her beats include economic justice, health care and immigration.

The Michigan Advance is a nonprofit news site covering politics and policy across the state.