Many of you may be familiar with the above photo.

For those who aren’t, that guy in the middle with the bandage on his head is me, right after I was shot in the head in Eastern Afghanistan more than a decade ago.

For all the hardships I endured recovering from that injury, it was a mere kiss on the cheek compared to what the Taliban has done to the Afghan people as they make their rapid assault on provincial capitals following the removal of U.S. forces from the country.

Their recent gains have already resulted in the capture of some of Afghanistan’s largest cities, leaving the capital of Kabul and its largely ineffectual government, in a precarious position.

Now the Biden administration is planning for the emergency evacuation of personnel from the U.S. embassy there, with the help of 3,000 Marines deployed to the city. Meanwhile, efforts to evacuate those Afghans who worked for the Americans are moving at a glacial pace while continuing to slow walk efforts to evacuate those Afghans who served the U.S. war effort as interpreters.

An interpreter in Kabul with whom I worked on many stories is among those still awaiting the green light to get his family out of the country. The Taliban have already threatened his life.

I don’t even want to put words to what will be in store for him and his family if and when Kabul falls and the Taliban assumes complete control of the country. Just let me just assure you: it’s far worse than your most horrifying nightmare.

So, how exactly does the fall of Afghanistan affect us in Postindustrial America?

For starters, countless men and women from the Rust Belt and Appalachia have served in Afghanistan, many in multiple deployments. They have a vested interest in seeing their efforts not slip away like grains of sand through their fingers.

That the sacrifices they made, the deaths and injuries they suffered, all in the name of keeping the Taliban at bay would be so effortlessly erased will haunt them for the rest of their lives. And like so many Vietnam veterans, that hurt will never fully subside.

For many, it will manifest in guilt at having worked closely alongside Afghans who served as their eyes and ears on the front lines, only to have the U.S. government time and again turn their backs on them. 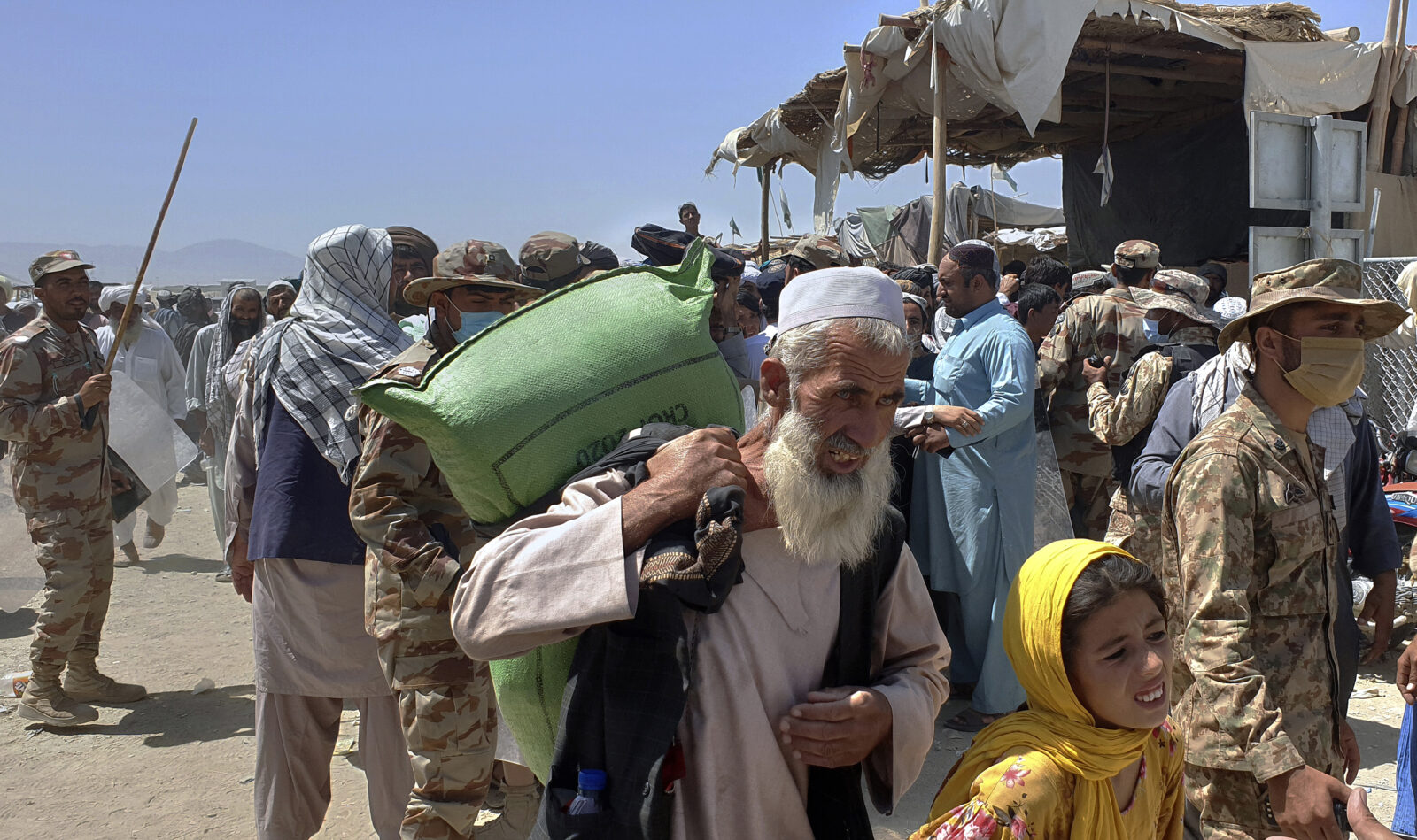 Pakistani soldiers stand guard while stranded people walk towards the Afghan side at a border crossing point, in Chaman, Pakistan. Pakistan opened its Chaman border crossing for people who had been stranded in recent weeks. Juma Khan, the Pakistan border town's deputy commissioner, said the crossing was reopened following talks with the Taliban. (AP Photo/Jafar Khan)

I for one could not operate in a country like Afghanistan without the help of trusted and brave locals who risk their lives every day so that I can tell their stories for readers back home.

And now, I’m left poring over the ways in which I let them down by failing to make clear to American readers and leaders the importance of keeping Afghanistan out of Taliban hands.

Selfishly, I also ask myself:

Several years of embeds with U.S. and Afghan forces, all those long treks deep into the mountains and deserts to chronicle a small corner of the war effort and its impact on the locals, the firefights, the explosions, the near misses, and that Taliban shot I took to the head were all for what exactly?

One of the goals of my reporting has always been to make readers “feel” something — hell anything — about the plight of the Afghan people and those fighting a war in their name.

I clearly came up short in that pursuit, as the Biden administration and the majority of Americans callously look away while the Taliban resume control, subjugate women, and force underage girls to become their brides to seed the next generation of murderous militants as quickly as possible.

As a journalist, this moment is as painful to watch unfold as that day in September 2001, when as a young reporter in Washington, D.C., I had a front row seat to the events that lead us to this dismal conclusion two decades later.

Now, I’m left sickened and saddened at what we’ve done to Afghanistan by abandoning them when they needed us the most, and how I failed to make it clear that doing so would be tantamount to assisting in their slaughter.