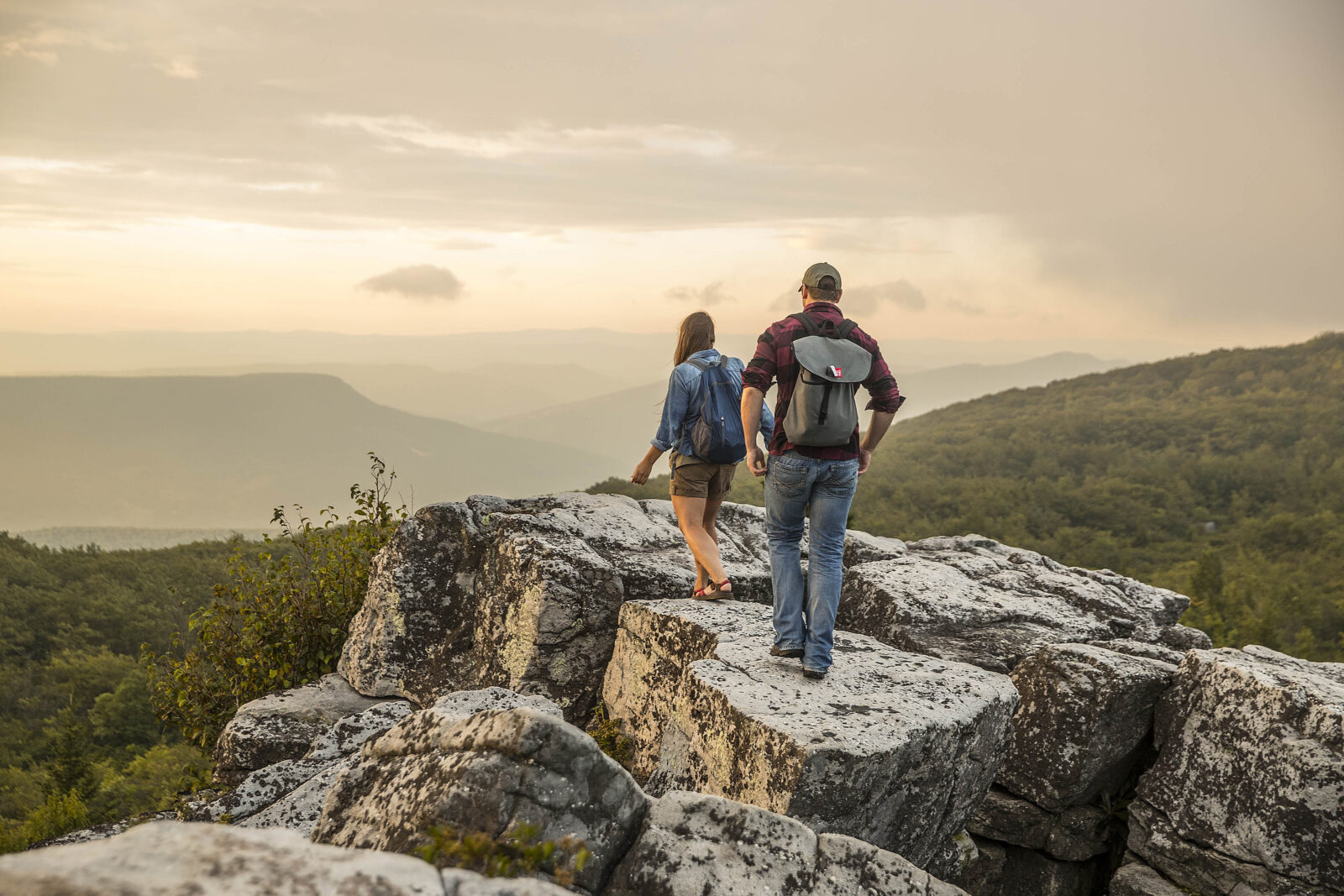 Last spring, Quintina Mengyan was living in a 618-square-foot apartment in Chicago with her boyfriend and their German shepherd.

Her job as a customer experience director had become permanently remote, and after 10 years in the city, she was looking for a little room to grow.

“I had already been thinking I’m missing something,” she said. “We love Chicago, but we wanted to try something new and didn’t know where to go.”

Then she came across an opportunity that spoke to her sense of adventure. The mountains of West Virginia were calling, and they came with quite a deal: $20,000 in perks. 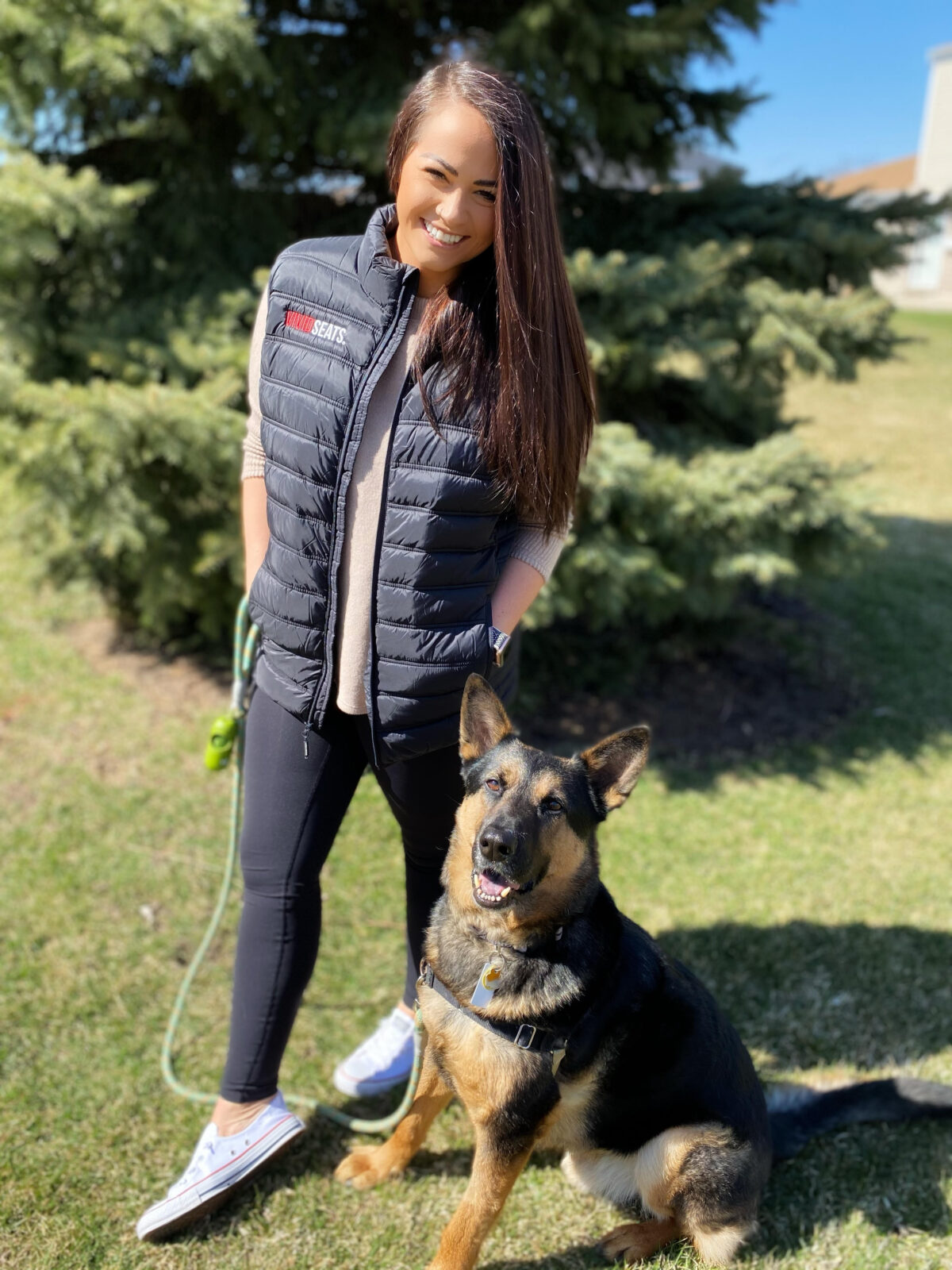 Mengyan was one of more than 7,000 people who applied for the Morgantown-focused round of Ascend West Virginia, a program that offers remote workers $12,000 cash — plus a free outdoor recreation package and coworking space — to relocate to West Virginia for at least two years. The program is one of the higher-ticket offers from a growing number of community leaders putting together incentive packages to position their towns, cities, and wide open spaces as an ideal new home.

In August, Mengyan found out she was one of 53 applicants selected, and she and her boyfriend, Ross Miner, left the city behind to move to a place they’d never visited, except perhaps while driving through. She quickly applied for and landed a position as coach for West Virginia University’s women’s lacrosse team.

In her first week, team members from Ascend welcomed her to town, led her to Cheat Lake Park, and taught her how to strap a kayak to her Jeep. The lacrosse team’s fall season kept her busy her first few months, but she and Miner also found time to explore the outdoors, now easily accessible after they log off from work.

Cheat Lake remains a favorite place to relax, and the couple enjoys taking in sunsets with their dog, Oberon, at nearby Coopers Rock State Forest.

“Ascend stressed work-life balance,” she said. “I wanted that, and a more simple lifestyle. I already feel better. Part of this experience has been learning what you like to do and how to do it, so you’re able to venture by yourself or bring friends and family along if they come to town.”

Mengyan also stays in touch with other Ascend participants. Cohort members join virtual happy hours every Wednesday, gather for a monthly check-in, and have a coworking space they can share if they choose.

That original welcoming crew has helped connect her with a veterinarian and find a dentist, and they host outings: basketball games, rock climbing, and boating.

That piece — everything that happens after new arrivals settle in — has been central to how Ascend West Virginia was designed, with an eye on winning remote workers over the long term.

The collaborative, which focuses on attracting and retaining new and existing talent, received $25 million from Brad D. and Alys Smith in 2020 to launch Ascend West Virginia and enhance outdoor recreation infrastructure.

So far, they’ve executed a Morgantown round, with another in the works. Applications have closed for Ascend Lewisburg, and Ascend Shepherdstown applications have yet to open. Organizers plan to feature five West Virginia cities in total, but they are also highlighting similar, smaller-scale programs at locations throughout the state. 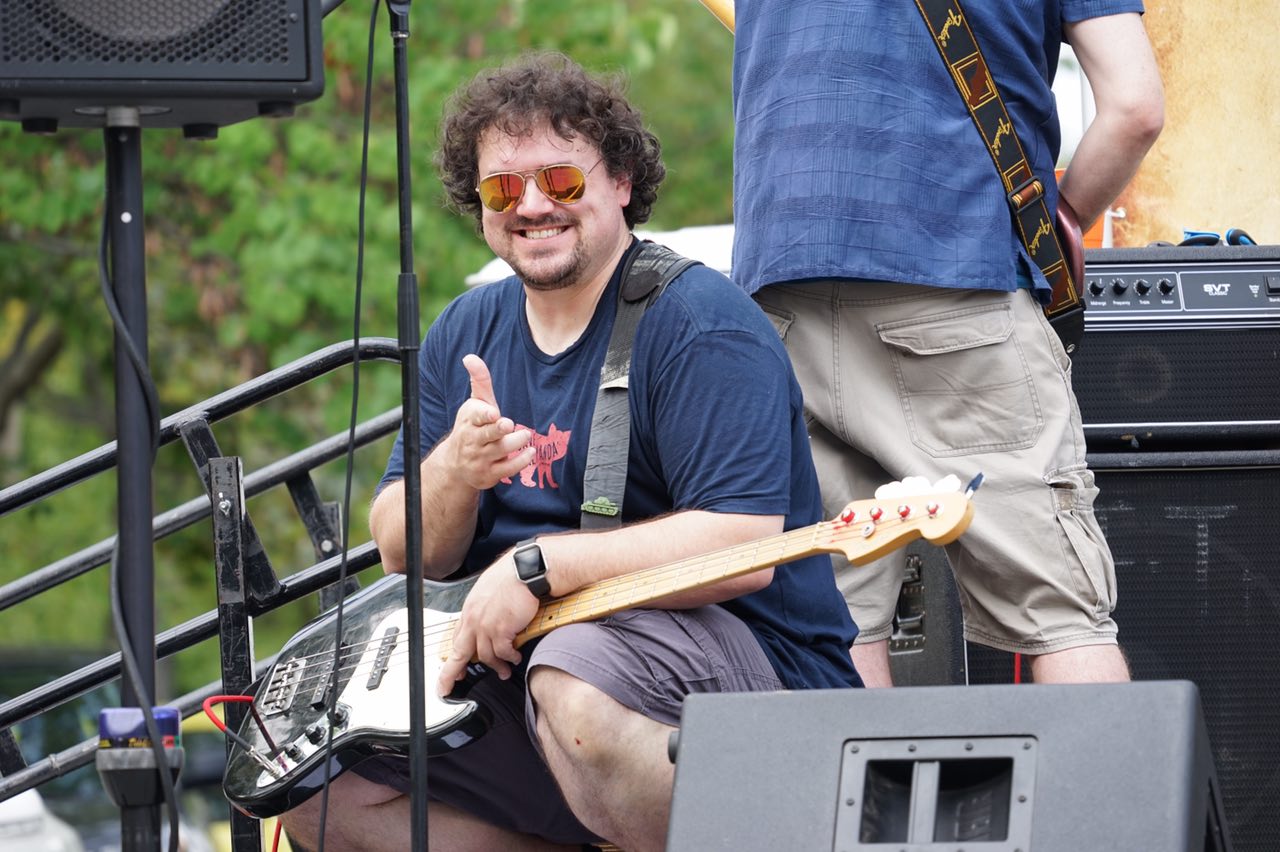 “This is a long-term strategy,” Twilley said. “We’re targeting 1,000 people to be in the program. What we’re finding is, typically, two people moving for every one, so it’s an even greater impact than we originally thought.”

Making such a large-scale program work, he said, required extensive planning, including outreach to other locations that have put together incentive packages.

Vermont’s Remote Worker Grant Program was one of the earliest to formalize, offering remote workers $5,000 over two years. Organized through the state’s Agency of Commerce and Community Development, it closed in January 2020 after all funding was awarded. Tulsa Remote was another early model, offering $10,000 with a one-year commitment, though program organizers have said that 90 percent of the participants decide to stay longer.

Over the past year, dozens of cities, such as Muncie, Ind., have followed suit, many of them connecting with the online platform MakeMyMove.com. The site features more than 20 communities with cash offers, with bullet points of benefits and statistics for easy comparisons.

And the market appears to be ready.

WFH Cambria-Somerset, a pilot program to highlight western Pennsylvania’s Johnstown and surrounding areas, stopped accepting applications within three weeks because so many people applied, Cambria Regional Chamber President Amy Bradley said. A grant for the pilot, with an incentive package that included $2,500, came from the Community Foundation for the Alleghenies. 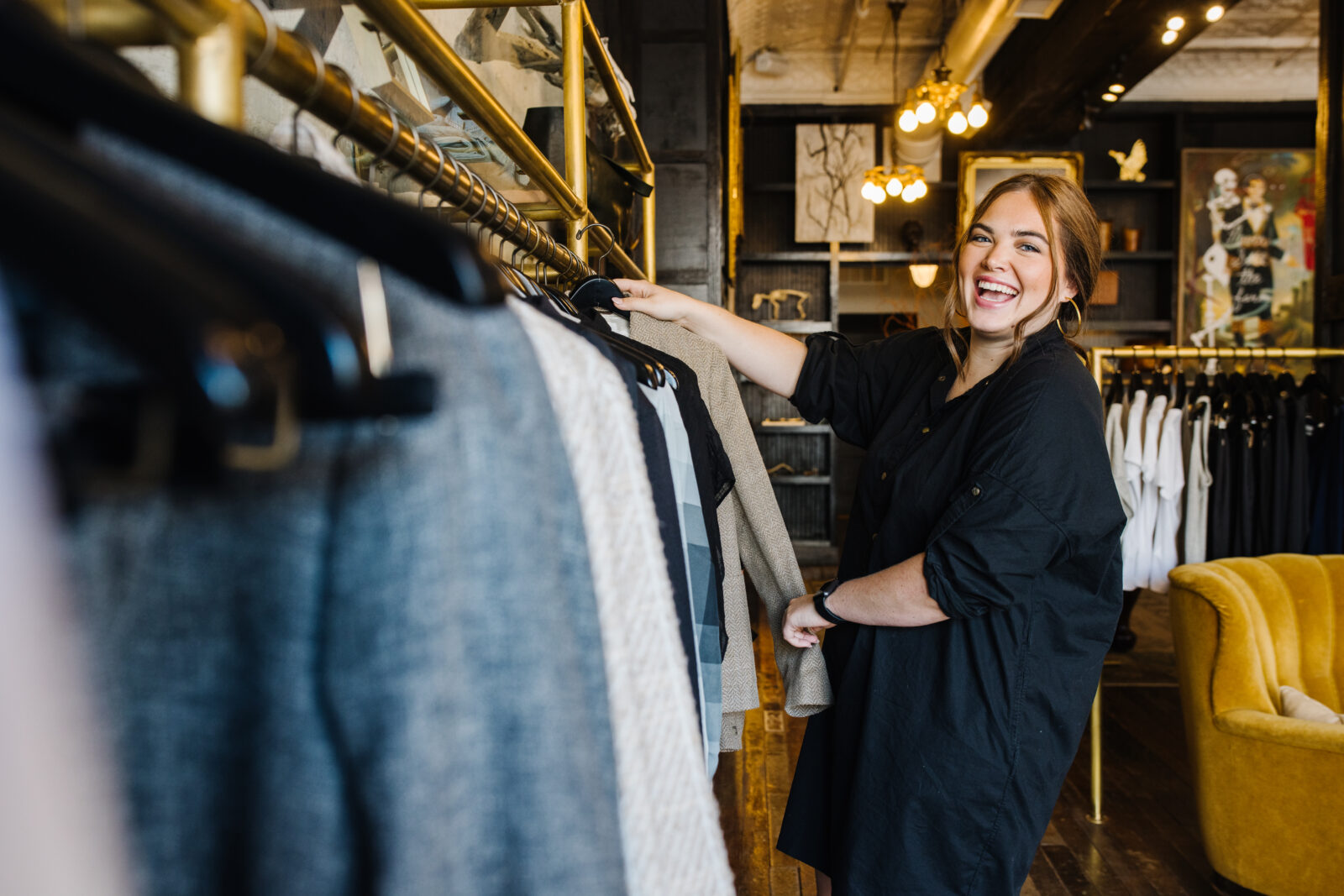 Leaders for Remote Shoals, in Alabama are working to attract new arrivals to the state.

“We talked about spending money to market the program, but we didn’t have to,” Bradley said.

After a couple weeks, they had about 50 applicants and “at least 10 great candidates,” Bradley said.

The two biggest draws were the high quality of life and low cost of living, she said.

“When people find they can work from anywhere, why not go to a place where they can have more space and a more comfortable living situation?”

Nash, a video editor who moved to Johnstown from Baltimore, had been researching places to relocate when he and his wife, Amanda, came across the incentive program. Amanda worked remotely for a Johnstown company, so it seemed ideal.

“We were looking for a place that was sort of in the country but with city stuff, the best of both worlds,” he said. “Johnstown fit the bill perfectly. There’s a good transit system, but it also has a lot of great outdoor opportunities.”

In the six months since his arrival through the program, he has found his groove as a musician and music lover, catching live shows on the weekends and starting his own band with another recently relocated remote worker.

Nash sold his car, cut out a daily 90-minute commute, and now walks his two dogs at a nearby 250-acre park most days.

“I like the region because it’s a nice mix of being a larger town with access to lots of beautiful parks without being ‘big city,’” he said. 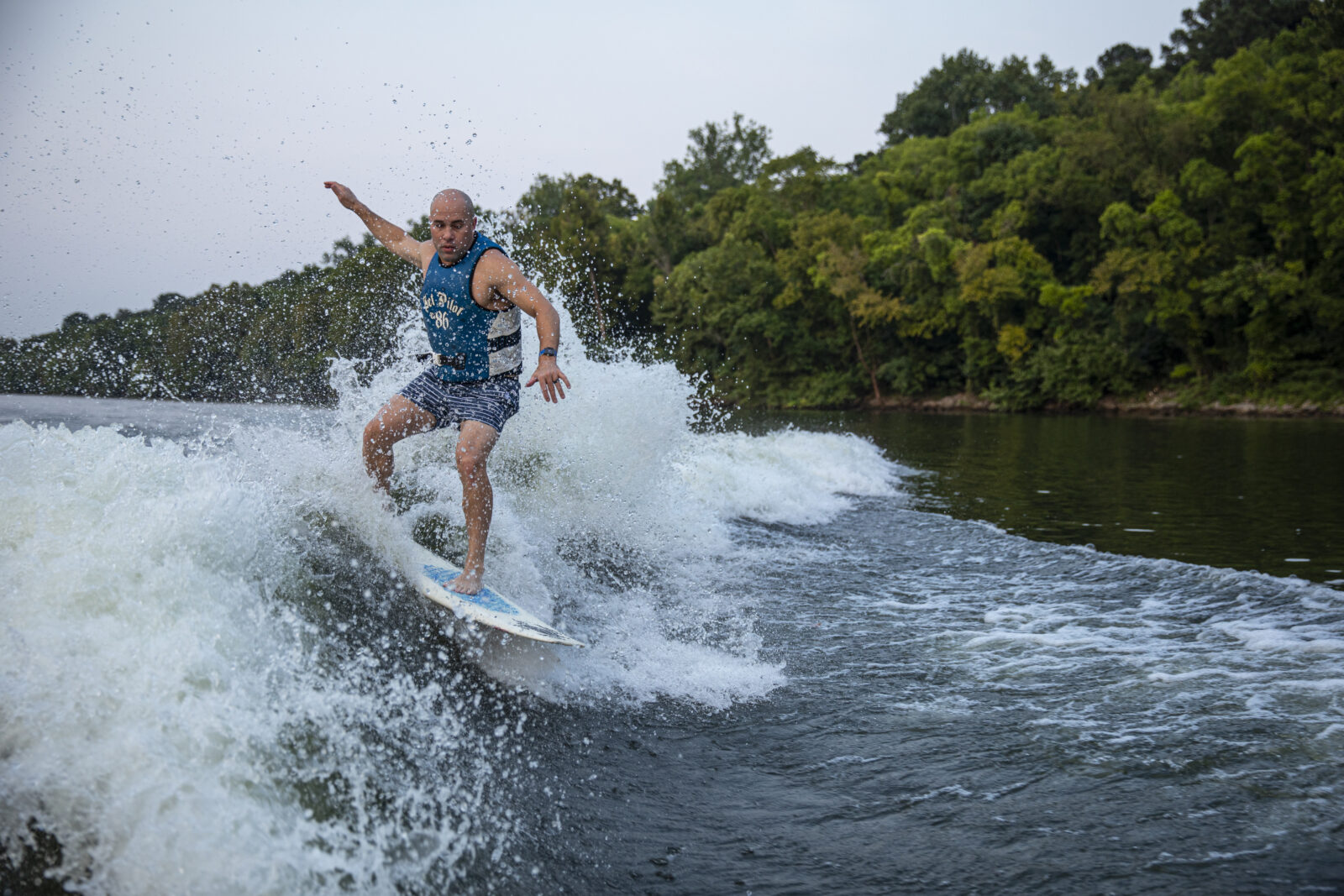 Farther south, promoting the “best of both worlds” concept also worked well for organizers of Remote Shoals in northwest Alabama.

The value of shaping a more concrete identity for a two-county region — which includes the cities of Florence, Muscle Shoals, Sheffield and Tuscumbia — brought more benefits, and more people, than they anticipated.

Historically focused on supporting manufacturing development, the Shoals Economic Development Authority launched the up-to-$10,000-per-person remote worker incentive in 2019 after discovering how much remote work was influencing the technology industry.

The organization brought in 10 participants in an initial round and secured $500,000 to bring another 50 people in for a second. Now they are hoping to finalize an additional $400,000 in funding to attract 100 new residents total.

“Shoals is not somewhere you can find on the map, like a city,” said Mackenzie Cottles, the authority’s marketing and communications specialist.

People who relocate there have a range of living options, from historic downtowns to hobby farms. Authority representatives have leaned into “Southern hospitality” branding and helped new residents get settled, whether it’s searching Zillow for a home or helping them find a plumber once there.

“This was a branding campaign that said, ‘This is a great place to live, no matter where you choose,’” Cottles said. “We had people move in even outside the program because of that. And then people who moved through Remote Shoals also brought spouses or significant others who needed jobs. Our main organization is 100 percent ready to take those (requests).”

Editorial note: Kecia Bal manages communications for the Community Foundation for the Alleghenies. 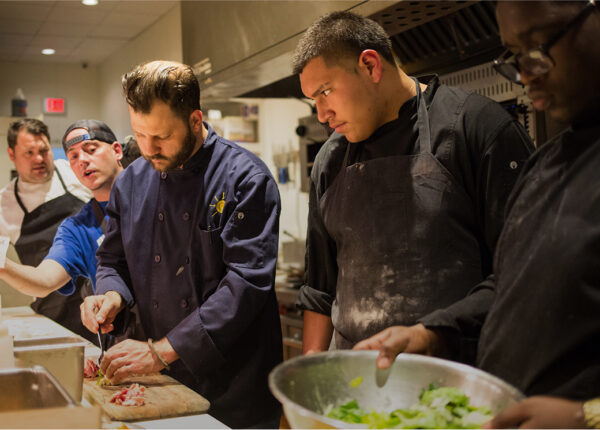 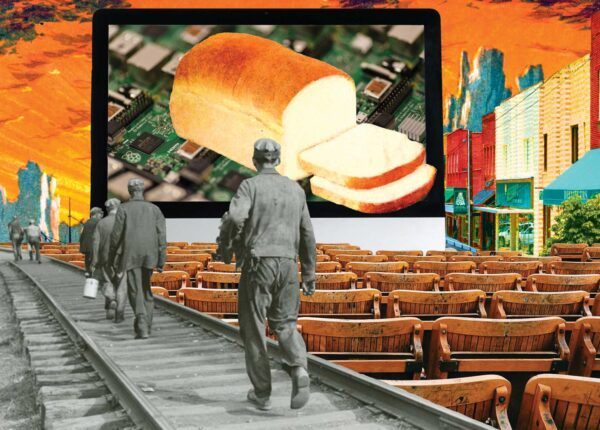 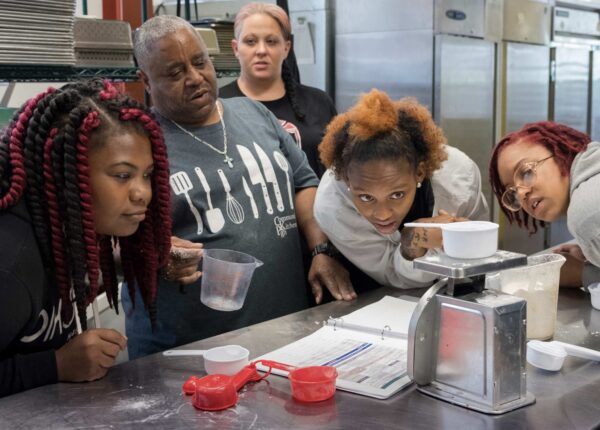 Out of the fire, into the frying pan 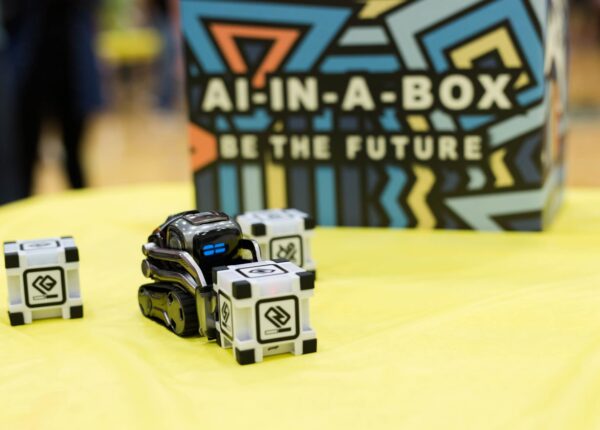