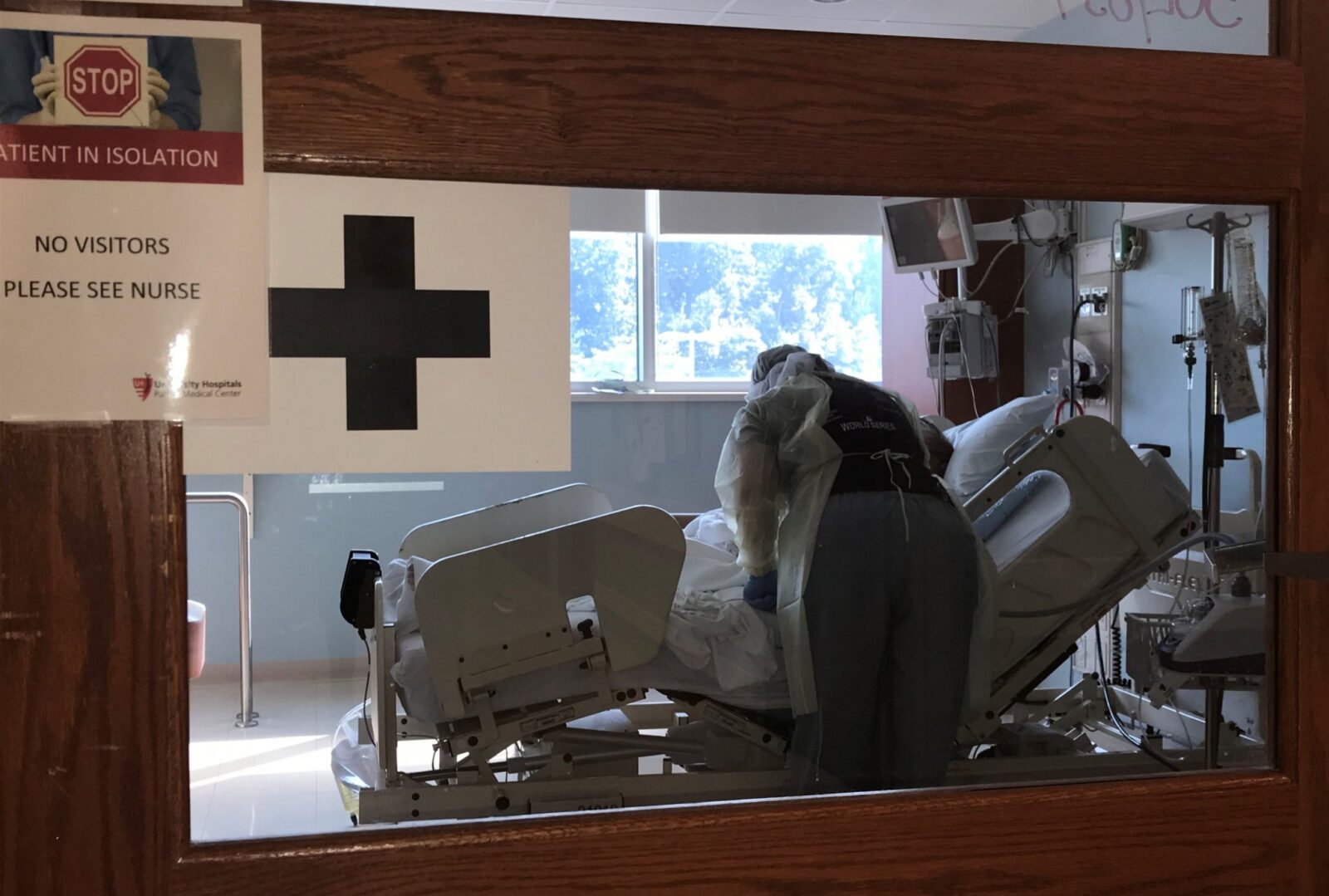 It’s already known that hundreds of thousands of Americans would still be alive if every eligible person had gotten vaccinated against COVID-19. Now new research strongly suggests that many more of those “excess deaths” in Ohio and Florida were among people with Republican voter registrations.

It’s perhaps unsurprising that Republicans were more reluctant to get vaccinated against the novel coronavirus, which has so far killed more than 1 million in the United States and more than 6.5 million worldwide. A Cornell University study found that former President Donald Trump was the “single largest driver” of misinformation about the disease and research by European economists indicated that watching a lot of Fox News correlated with vaccine hesitancy.

A paper published Monday by the National Bureau of Economic Research puts some numbers to the relationship between voting Republican and dying of COVID — most likely because lower rates of Republicans got vaccines once they became widely available.

In it, three Yale University researchers selected Ohio and Florida and took a look at “excess deaths” — the number of deaths in a given time period that is in excess of the number that was expected. While no single death in that measure can be attributed to a given cause, it’s safe to assume that in a deadly global pandemic, a spike in the number of excess deaths is largely attributable to the disease.

That’s what the Yale researchers found in this case.

“In 2018 and the early parts of 2020, excess death rates for Republicans and Democrats are similar, and centered around zero,” wrote the researchers, Jacob Wallace, Jason L. Schwartz and Paul Goldsmith-Pinkham. “Both groups experienced a similar large spike in excess deaths in the winter of 2020-2021. However, in the summer of 2021 — after vaccines were widely available — the Republican excess death rate rose to nearly double that of Democrats, and this gap widened further in the winter of 2021.”

The excess death rate for people of both parties was about 37% greater in late 2020 than it was a year earlier, according to a chart accompanying the report. But after vaccines became widely available in the spring of 2021, big disparities began to emerge.

Excess deaths among Democrats at the end of last year were just above 10% compared to 2019. Among Republicans, they were about 35%, the chart said.

The researchers didn’t have data regarding vaccination rates among the excess deaths. But other research shows that the unvaccinated and the unboosted are much more likely to be made seriously ill by the coronavirus.

The research comes after researchers at the Brown University School of Public Health in May estimated that 318,000 — or about a third — of the COVID deaths in the United States were preventable.

The Yale researchers said the partisan divergence in excess deaths after vaccines became available is likely attributable to vaccination rates.

“This sharp contrast in the excess death rate gap before and after vaccines were available suggests that vaccine take-up likely played an important role,” they wrote. “Data on vaccine take-up by party is limited and unavailable in our dataset, but there is evidence of differences in vaccination attitudes and reported uptake based on political party affiliation.”

The research comes after researchers at the Brown University School of Public Health in May estimated that 318,000 — or about a third — of the COVID deaths in the United States were preventable.

The paper published Monday by the Yale researchers didn’t contrast excess mortality in Ohio to that in Florida, but such a contrast would have been interesting. Both states have Republican governors but particularly early in the pandemic, they took starkly different approaches.

Ohio Gov. Mike DeWine said he would listen to public health experts and he was quick to close schools and impose other health orders. Florida Gov. Ron DeSantis, by contrast, signed laws prohibiting school mask mandates and blocking private employers from requiring employees to get vaccinated.

Marty Schladen has been a reporter for decades, working in Indiana, Texas and other places before returning to his native Ohio to work at The Columbus Dispatch in 2017.