Protesters gesture to U.S. Capitol Police in the hallway outside of the Senate chamber at the Capitol in Washington, Wednesday, Jan. 6, 2021, near the Ohio Clock. (AP Photo/Manuel Balce Ceneta)

It takes a lot to shock me.

As a journalist working in dozens of countries on five continents, I’ve seen the unraveling of governments and societies amid violence that too often devolved into protracted war, gruesome death, and destruction.

I’ve seen bodies of the dead littering the doorstep of parliament buildings and in shadows of presidential palaces.

But I’ve never seen anything like what I watched from afar unfold at the Capitol: Thousands of woefully misinformed Americans, egged on by a cowardly, self-styled “macho man” president, stormed the chapel of American democracy leaving at least four dead and several police officers injured.

Whipped into a frenzy by Trump’s dangerous and devoid-of-fact rhetoric, domestic terrorists vandalized the offices of elected lawmakers while clinging to fantasies of preventing Congress from carrying out the solemn duty of ensuring a peaceful transfer of power, a ceremony crucial to the health of the American Experiment for more than 200 years.

What I saw rattled me to an unprecedented state of stunned silence. For hours, I was struck dumb by the shameful and fraught scene that unfolded. During a long, sleepless night spent watching this failed coup fizzle, I thought about what to say.

Now, as morning breaks in a different America than the one we knew yesterday, I’m finally able to articulate my thoughts, though so far all I have are the questions this shameful episode in American history raises.

Is this who we are? 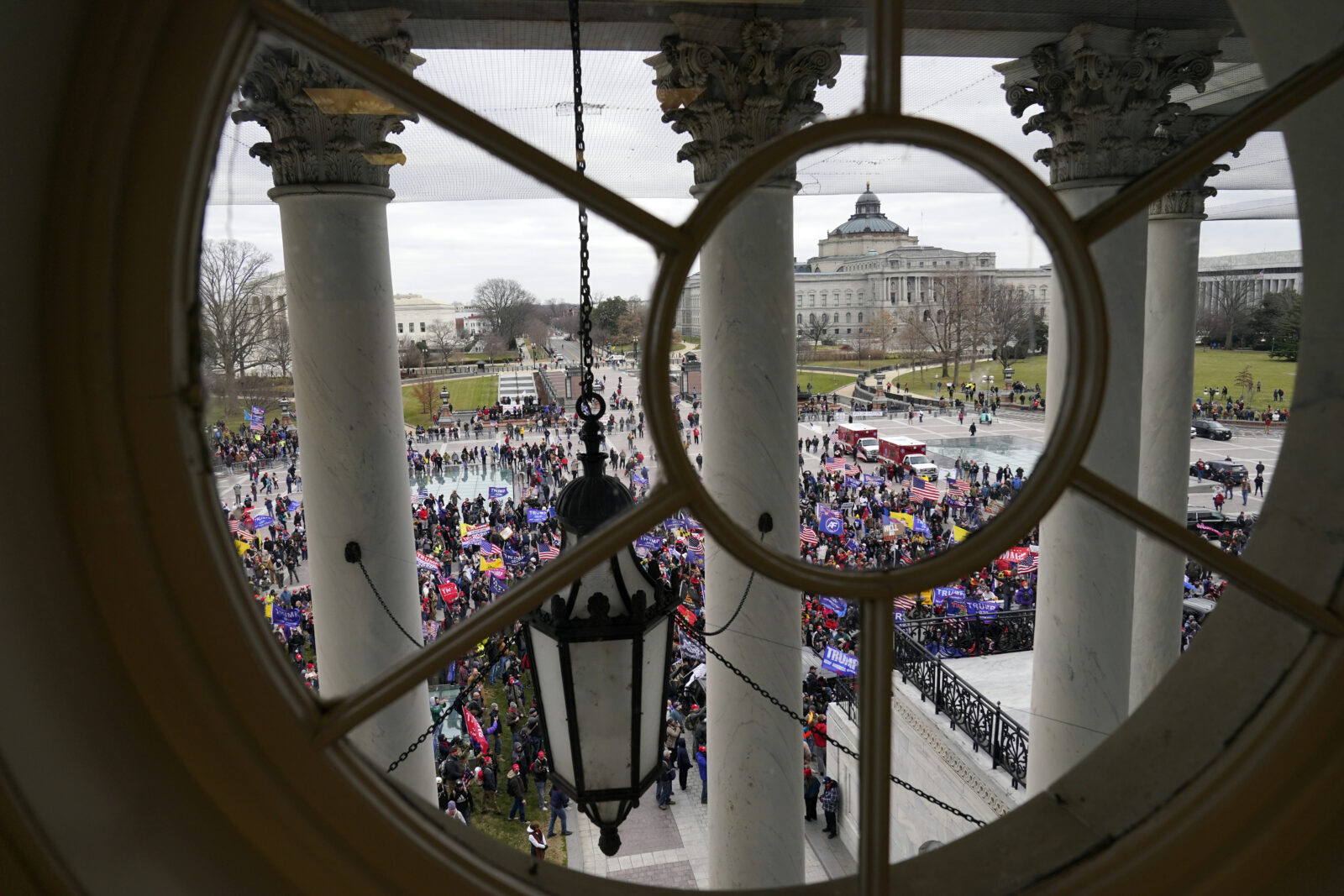 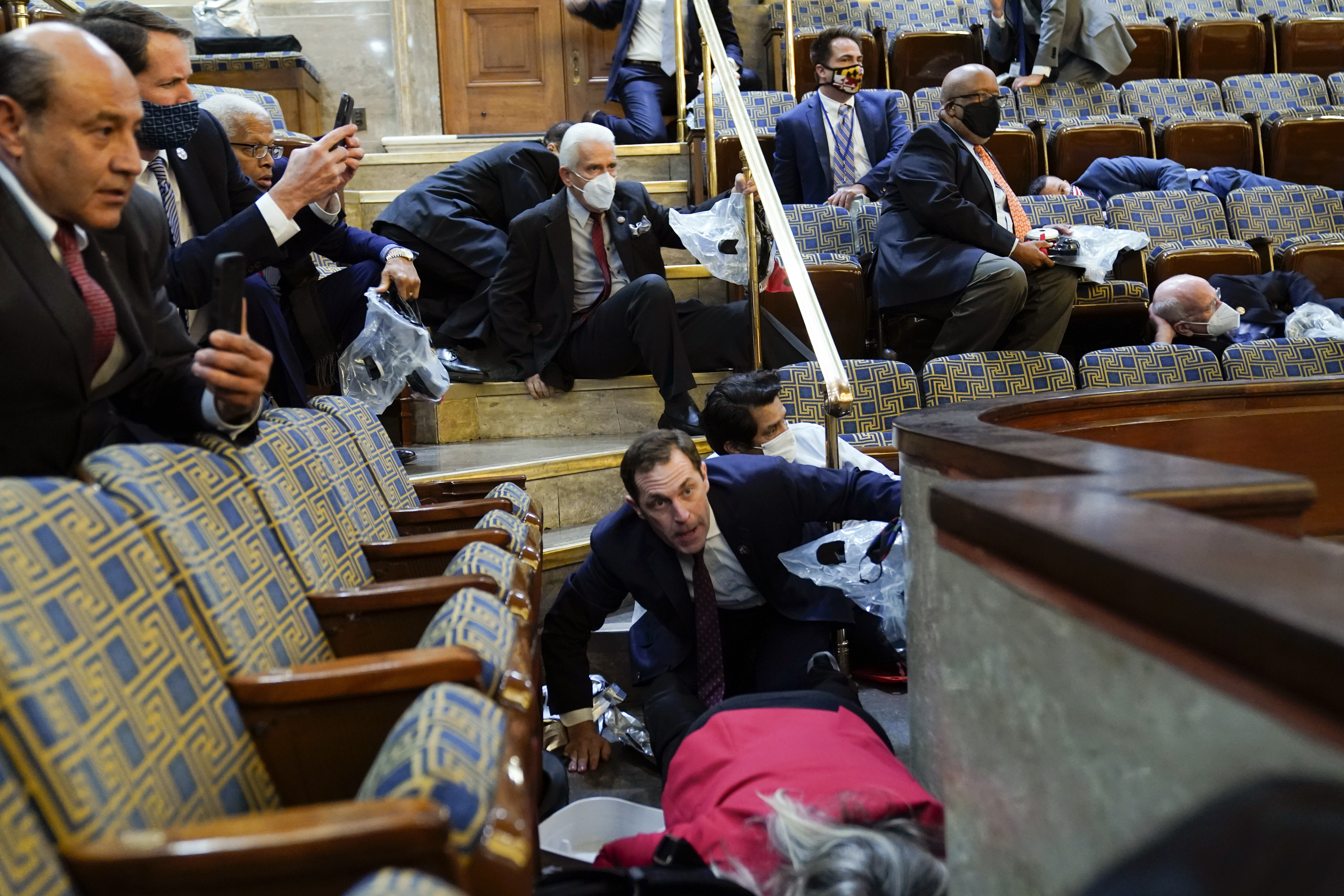 People shelter in the House gallery as protesters try to break into the House Chamber at the U.S. Capitol on Wednesday, Jan. 6, 2021, in Washington. (AP Photo/Andrew Harnik)

Is this the bottom of our spiraling demise, or do we still have further to fall?

And perhaps most importantly: What part can I play in making sure that, this grand experiment doesn’t end after a long trial of Trumpian lies and hatred and, as President Lincoln said on that blood-soaked battlefield in Gettysburg “that government of the people, by the people, for the people, shall not perish from the earth.”

Unfortunately for me, simply asking these questions didn’t get me any closer to an answer for what ails us as a nation. So I asked someone who has firsthand experience watching his country descend into senseless violence what we should do to avoid a similar fate.

“I kindly ask Americans to not imitate us. Please take a different path than ours,” said award-winning Iraqi journalist and friend Sangar Khaleel, who has witnessed his country suffer the throes of violent extremism that has left countless dead since the U.S.-led invasion of his country in 2003.

Sangar implored Americans to think before acting on their passions, unlike those that clearly considered their terror tactics at the capitol like a Trump rally on steroids, snapping selfies from behind the desk of House Speaker Nancy Pelosi and trashing others.

“Be strong and think properly,” he said in a final note of advice poetic in its simplicity.

Despite his excellent advice, I was still struggling to figure out my response to the bedlam that has brought America to its knees.

And then it occurred to me.

One of the reasons we started Postindustrial is because the 2016 election illustrated just how divided we are as a nation and how much the Trump disinformation campaign that won him the White House resonated in the Rust Belt and Appalachia.

His hate speech and gross misunderstanding of the will and needs of Postindustrial Americans is why we decided a new media outlet was necessary, to dispel this toxicity that has pervaded social media and some mainstream publications that continue to carry the president’s water.

So I’m going to continue calling out dangerous, undemocratic, and fascistic actions of elected officials and their supporters so that the tyranny and misinformation they sow cannot take further root in the American consciousness.

Surely there will be many more questions in the days and weeks ahead. Will the Cabinet invoke the 25th amendment to ensure that Trump can’t inspire more mayhem from the White House?

If so, then when?

Will Congress try to impeach him?

How much worse can it get?

And what to do with  those Americans who were duped by his dangerous lies into thinking they were acting as patriots? And the millions more who have digested and regurgitated his anti-Democratic pablum?

The next few hours, days and weeks will be rife with questions like these and more.

In the meantime, perhaps it’s time to ask yourself: What are you going to do?

Postindustrial founder Carmen Gentile has worked for some of the world’s leading publications and new outlets including The New York Times, USA Today, CBS News and others. His book, “Blindsided by the Taliban,” documents his life as a war reporter and the aftermath of his brush with death after being shot with a rocket-propelled grenade in Afghanistan. Reach him at carmen@postindustrial.com