President Donald Trump and First Lady Melania Trump board Air Force One at Joint Base Andrews before boarding Air Force One for his last time as President on January 20, 2021. Trump is traveling to his Mar-a-Lago Club in Palm Beach, Fla.

After months of political and social tumult, a nation quieted on Wednesday as Joe Biden took the presidential oath of office and Kamala Harris became the first woman to hold the nation’s second most powerful post.

Harris, the daughter of an Indian mother and Jamaican father, also is the first woman of color to hold the office of vice president.

They stood amid unprecedented security in the nation’s Capitol, following an attempted coup on Jan. 6 in which supporters of now-former president Donald Trump forced their way into the building, a bid to derail certification of the election results.

President Trump and his family, bid a final farewell with speech at Joint Base Andrews, where supporters gathered on Wednesday morning for his final appearance as president before departing to Mar-a-Lago in Palm Beach, Fla. Trump refused to attend Biden’s inauguration. He faces an historic second impeachment for inciting the siege at the Capitol.

"We love you. We will be back in some form." - outgoing President Donald Trump 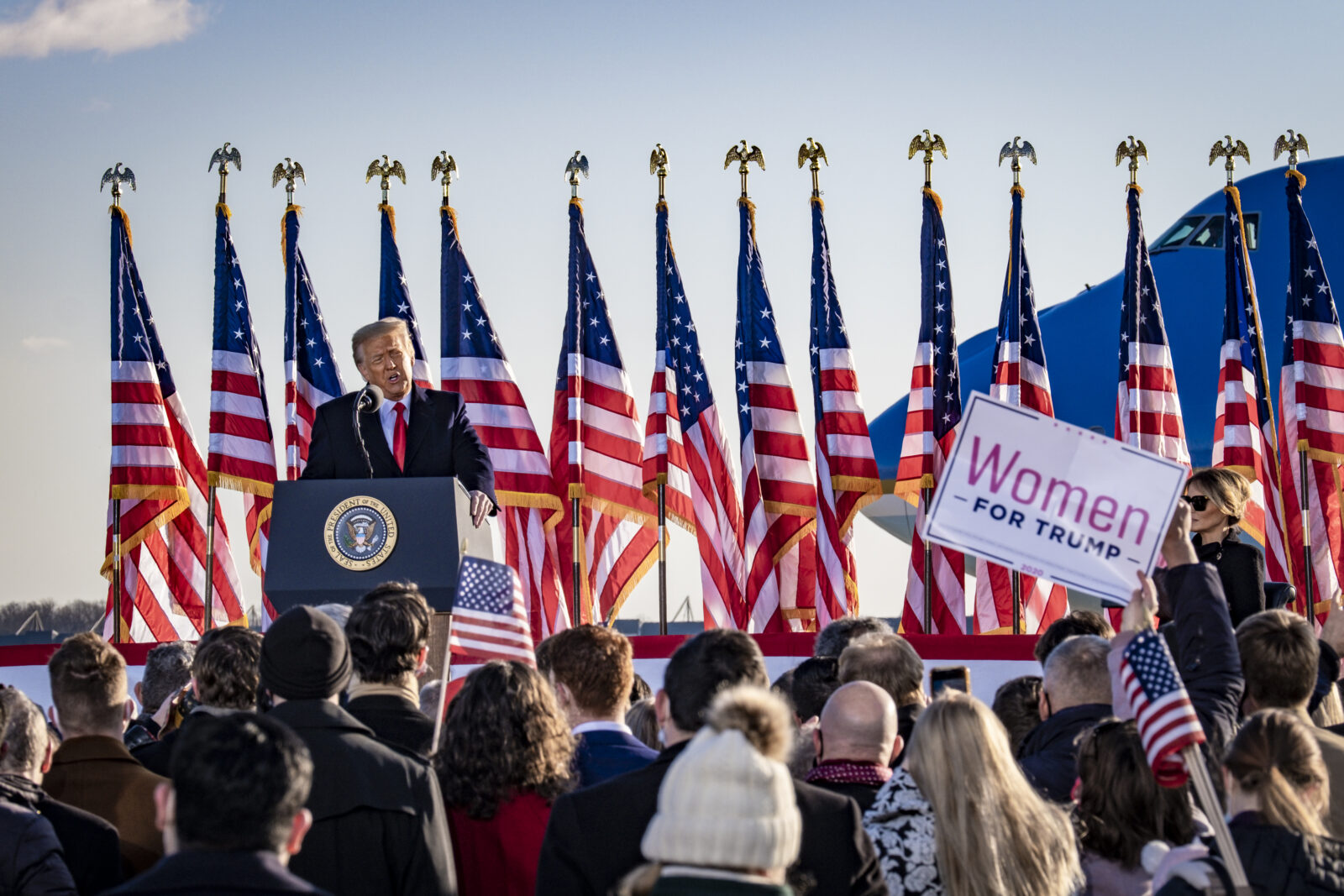 Trump speaks to supporters at Joint Base Andrews before boarding Air Force One for his last time as President on January 20, 2021. Trump is traveling to his Mar-a-Lago Club in Palm Beach, Fla. (Pete Marovich / American Reportage) 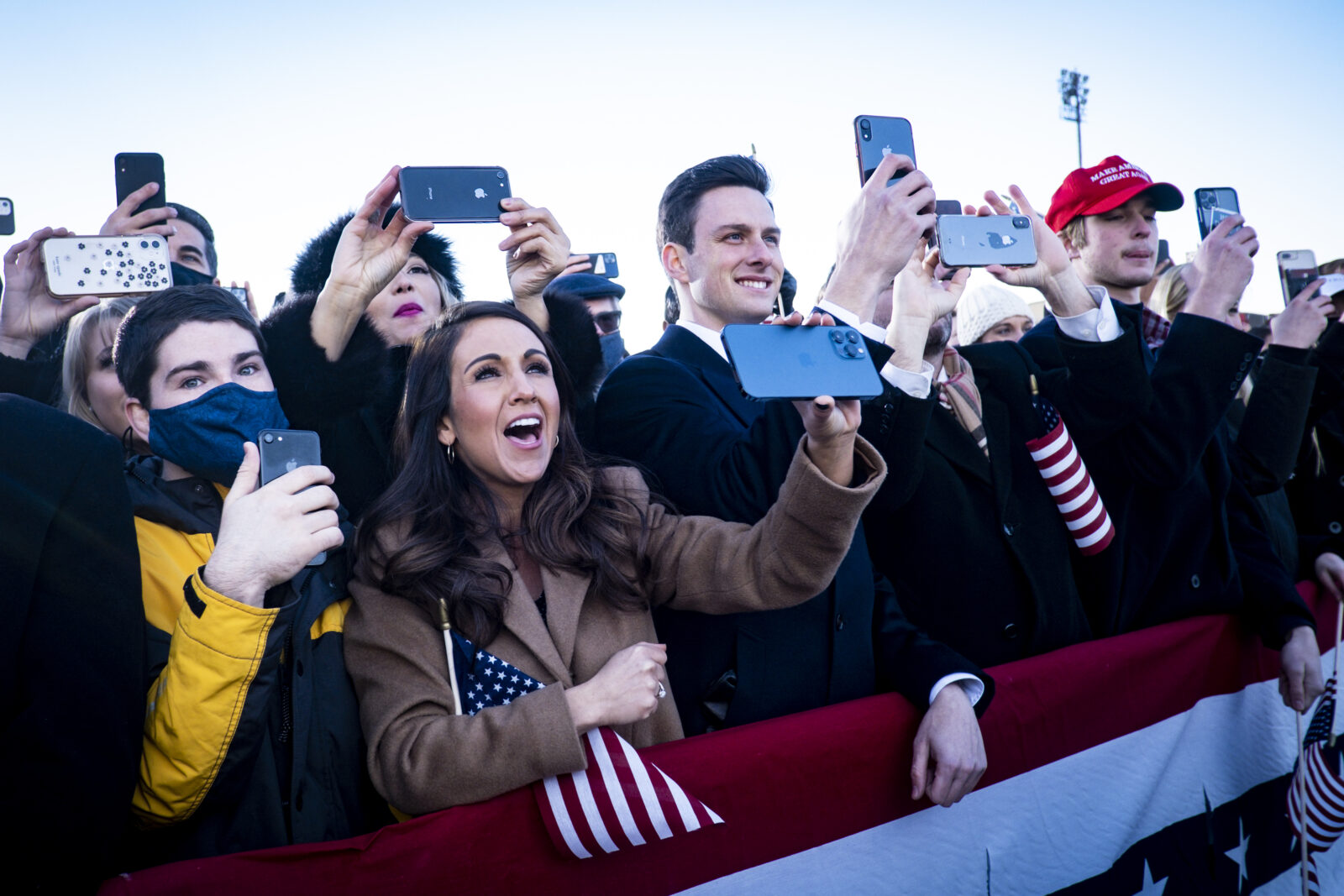 Newly elected Rep. Lauren Boebert (R-CO) listens to President Donald Trump speak to supporters at Joint Base Andrews before boarding Air Force One for his last time as President on January 20, 2021. Trump is traveling to his Mar-a-Lago Club in Palm Beach, Fla. (Pete Marovich / American Reportage)

This Associated Press story explains how the results were challenged but despite more than 50 lawsuits, those claims did not stand. The popular vote in most Postindustrial states favored Trump; Pennsylvania, Michigan, New York, and Wisconsin, and Maryland favored Biden.

Vague threats of protest and inserrection persisted in the last week. The FBI warned of possible protests in all 50 capitols and in Washington, D.C., prompting leaders in Postindustrial America — and across the country — to close state houses and order security. Yet over the weekend, the streets were fairly quiet despite the presence of some armed protesters.

On Wednesday in Columbus, protesters departed before supper — about 4 p.m. — the Columbus Dispatch reports. Police outnumbered them.

In Lansing, Mich., state police had readied for a crowd of thousands. A helicopter and the National Guard stood by the Capitol building on Wednesday.

A “very small crowd” gathered, saying they had questions about the validity of the election, WOOD8TV reports. They left by lunchtime. A few others straggled in with Trump signs and left.

The Keystone State played an especially vital role in this year’s election, as did the Postindustrial states of Michigan and Wisconsin, where Biden won. The Trump campaign went to court in an attempt to challenge results there.

Prepared for an angry crowd, state police patrolled the grounds of the temporarily-shuttered Capitol building in Harrisburg. Protesters of various persuasions came and went.

One wore a fluffy white bathrobe with the word TRUMP on the sleeve.

"At this hour, my friends, Democracy has prevailed." - President Joe Biden 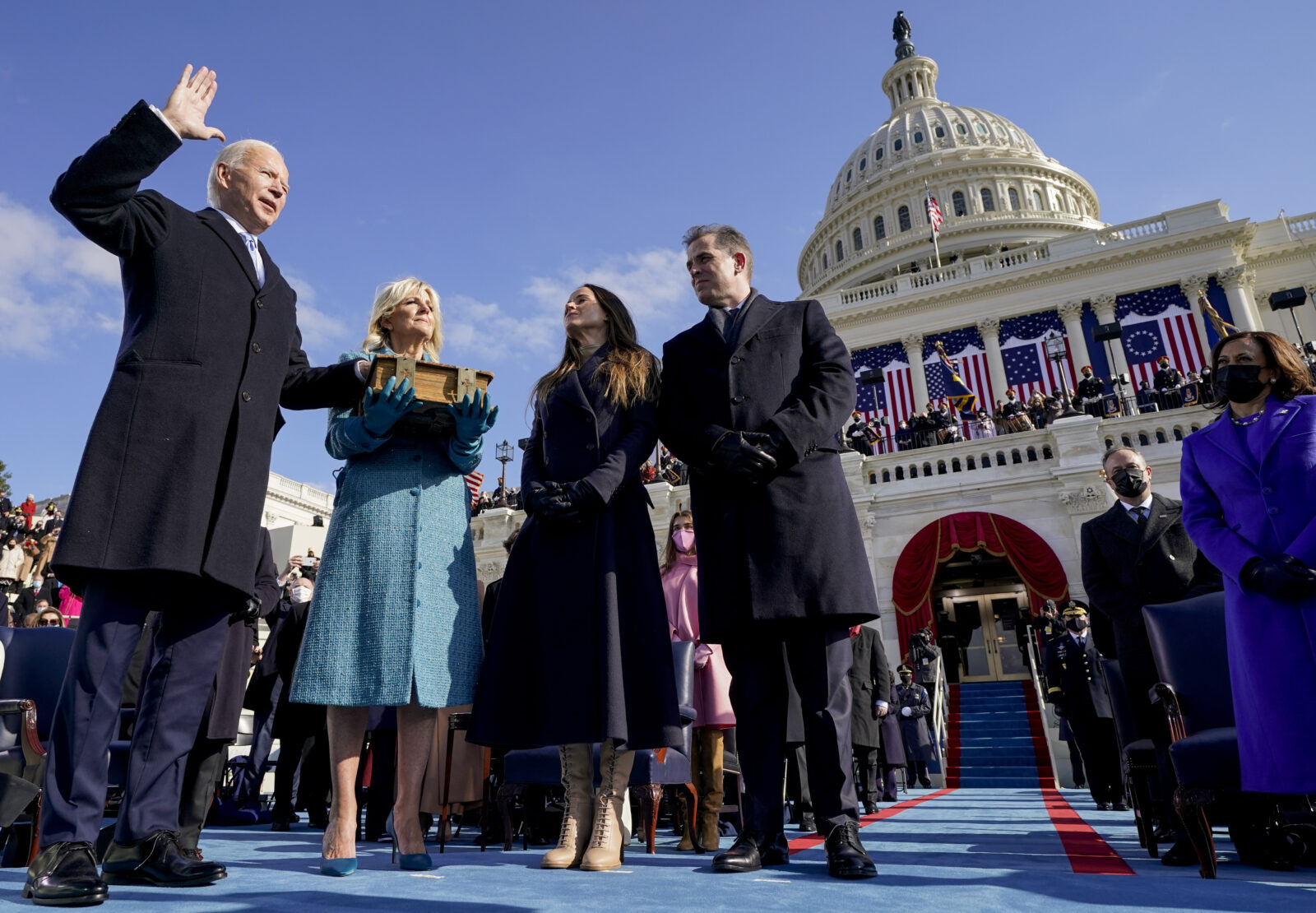 Joe Biden is sworn in as the 46th president of the United States by Chief Justice John Roberts as Jill Biden holds the Bible during the 59th Presidential Inauguration at the U.S. Capitol in Washington, Wednesday, Jan. 20, 2021, as their children Ashley and Hunter watch.(AP Photo/Andrew Harnik, Pool)

"With unity, we can do great things, important things." - President Joe Biden 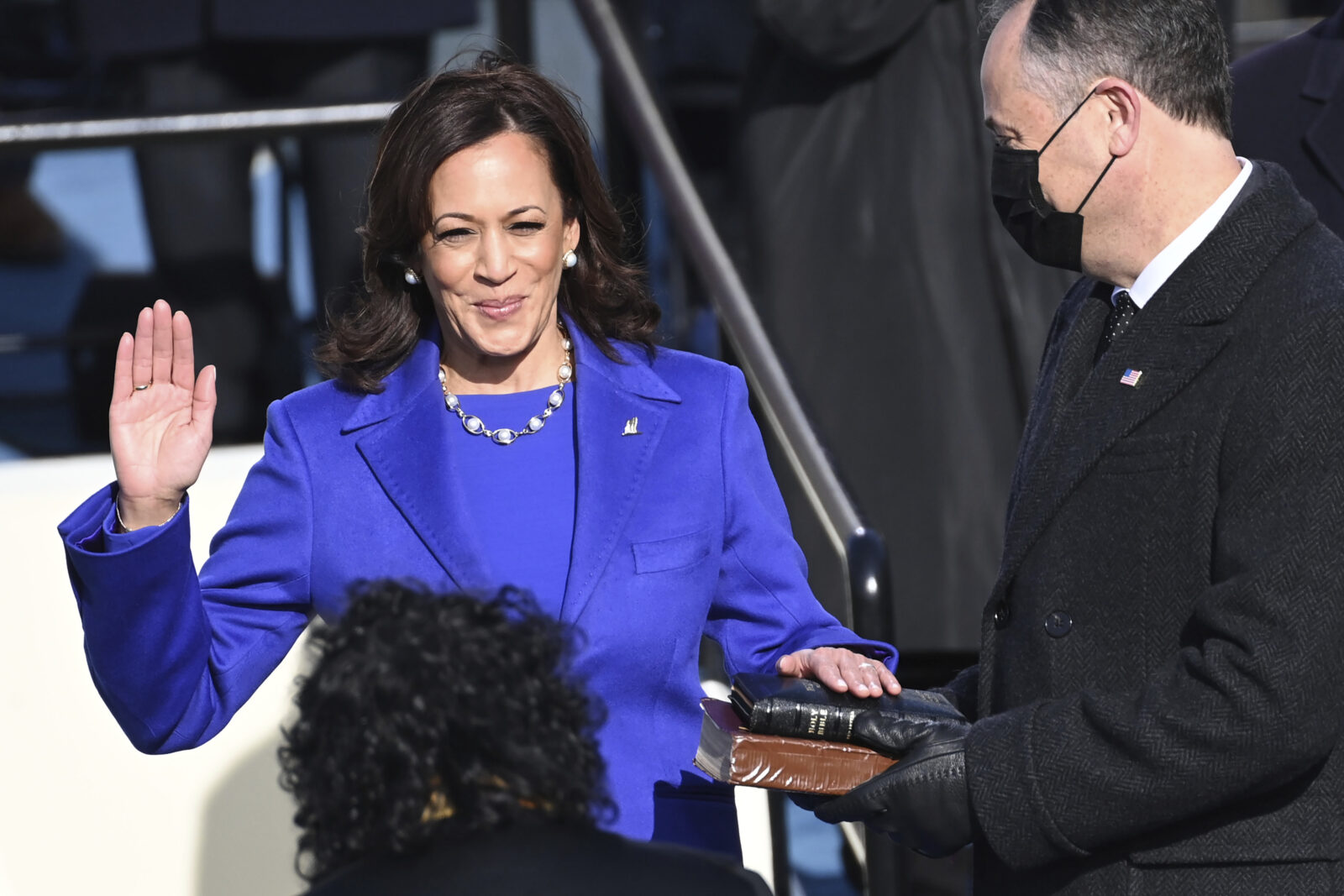 Kamala Harris is sworn in as vice president by Supreme Court Justice Sonia Sotomayor as her husband Doug Emhoff holds the Bible during the 59th Presidential Inauguration at the U.S. Capitol in Washington, Wednesday, Jan. 20, 2021.(Saul Loeb/Pool Photo via AP)

"We are undaunted in our belief that we shall overcome; that we will rise up. This is American aspiration." Vice President Kamala Harris 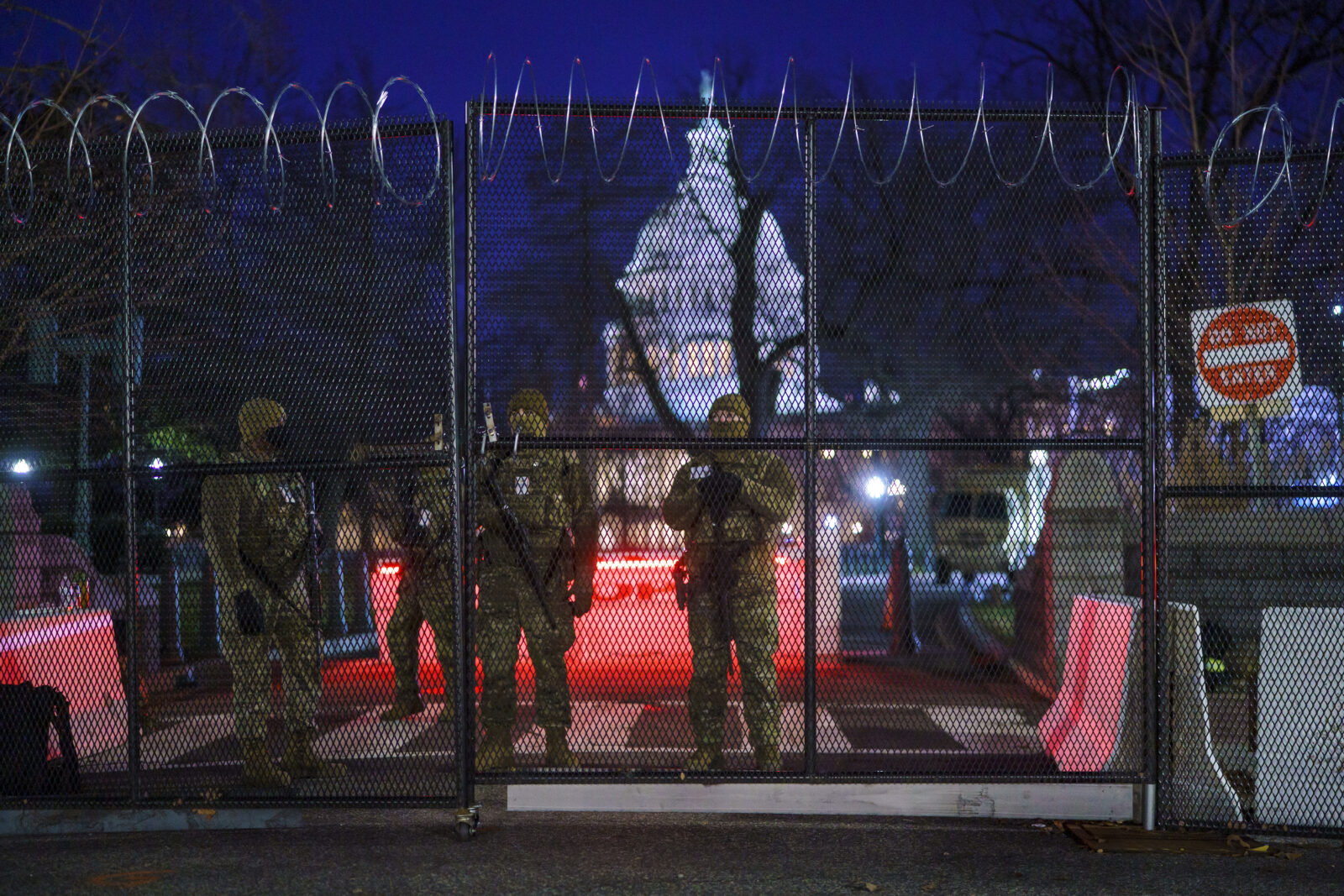