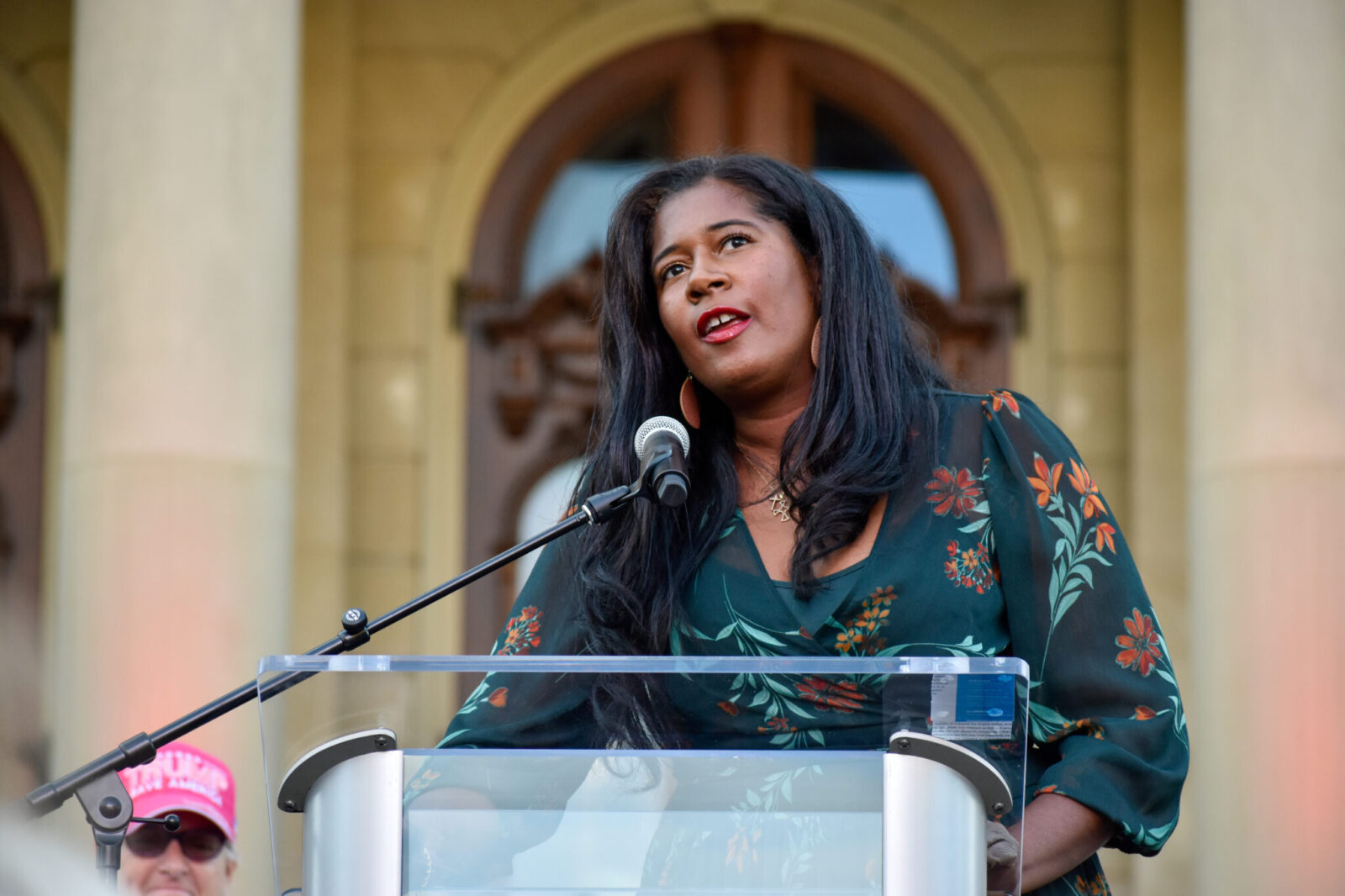 The top three Michigan Republicans candidates who were roundly rejected by voters on Nov. 8 are all either in the running or considering a run to lead the party into 2024.

On Tuesday, failed secretary of state nominee Kristina Karamo announced that she would seek to be the chair of the Michigan Republican Party, joining failed attorney general candidate Matthew DePerno, who is running on a ticket with Garrett Soldano, whose gubernatorial bid fell short in the GOP primary.

The Michigan GOP is set to pick its next leader early next year. Current Chair Ron Weiser isn’t planning to run again and Co-Chair Meshawn Maddock hasn’t announced her plans.

Also in the running is former U.S. Rep. Pete Hoekstra (R-Holland), a former ambassador who announced plans earlier this week to seek the chairmanship, and Tuscola County Republican Party Chair Billy Putman, who announced his candidacy back in August.

After the election, Hoekstra was seen on a commercial flight coming from Palm Beach, Fla., home to former President Donald Trump’s Mar-a-lago resort, while Putman has endorsed the twice-impeached former president’s false claims of a stolen election in 2020.

That places every viable candidate seeking the chair of the state GOP well inside the Trump orbit, including Karamo who he heartily endorsed after she gained national attention as a poll watcher in 2020, testifying before a state Senate panel about unproven claims regarding Wayne County election practices.

Karamo, who lost by nearly 14 points to Michigan Secretary of State Jocelyn Benson, issued a statement saying the “political and moral condition in Michigan has become untenable, causing some to leave because they are afraid to live in the state.”

“I was born in Michigan; I will die in Michigan,” she declared, before citing Thomas Paine’s “The American Crisis,” and comparing the GOP’s historic loss in Michigan to the Revolutionary War.

Karamo, who has yet to formally concede her loss and protested on Monday the Board of State Canvassers certifying the election, came as close to admitting she lost the election in making her announcement..

“As I have campaigned around the state, I have seen massive deficiencies in the way we as a party conduct ourselves,” she said. “Often operating as mini gangs, instead of soldiers fighting for freedom. Unfortunately, this has placed us on the precipice of tyranny, which voting alone will not be able to overcome. This ineffectiveness has caused Democrats to gain massive ground, not just threatening the freedoms of Michiganders, but all Americans.”

Karamo said she would seek the GOP chairmanship alongside Malinda Pego running as co-chair.

Pego is a Republican commissioner for Muskegon County best known for her support in 2021 for fellow Republican Commissioner Zach Lahring when he was accused of making multiple posts on social media criticized as racist, transphobic and ableist. 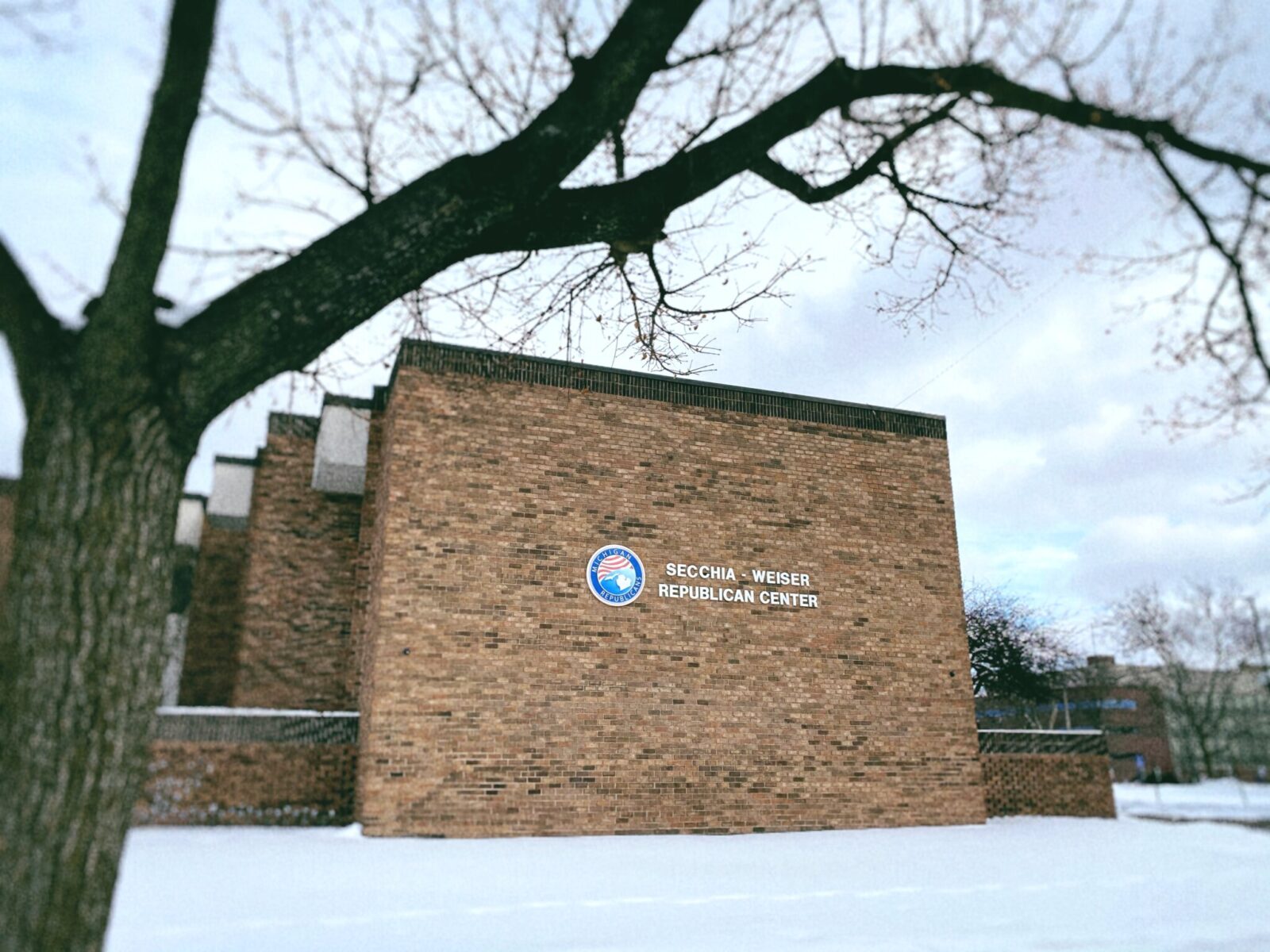 “We are the definition of mama bears, who will not back down in the face of evil that threatens all our children,” said Karamo, using hyperbolic language familiar to her failed campaign for secretary of state.

“We will make the Republican Party a powerful force for freedom,” she promised. “We will reinvigorate disillusioned activist (sic) and donors who have walked away from the party.”

Karamo said the “real fear” was a “rise of authoritarianism,” which she attributed to the media and Democrats.

“We must strike fear in the heart of the enemy at the gate,” said Karamo. “I answer to God and serve you with honest (sic) and humility. That is my promise to you. Let’s roll up our sleeves and strap on our boots, so our children and grandchildren inherit their God-given unalienable rights in this beautiful state of Michigan.”

In response to the announcement, former Michigan Republican Party Executive Director Jeff Timmer, a political consultant who has become an outspoken critic of the MAGA movement, simply tweeted “This is GLORIOUS.” Earlier this week, Timer told the Advance the Trump-aligned party was continuing its march away from mainstream acceptance toward fringe leadership.

Jon King has been a journalist for more than 35 years. He is the Past President of the Michigan Associated Press Media Editors Association and has been recognized for excellence numerous times, most recently in 2021 with the Best Investigative Story by the Michigan Association of Broadcasters. He is also an adjunct faculty member at Cleary University. Jon and his family live in Howell, where he also serves on the Board of Directors for the Livingston Diversity Council.