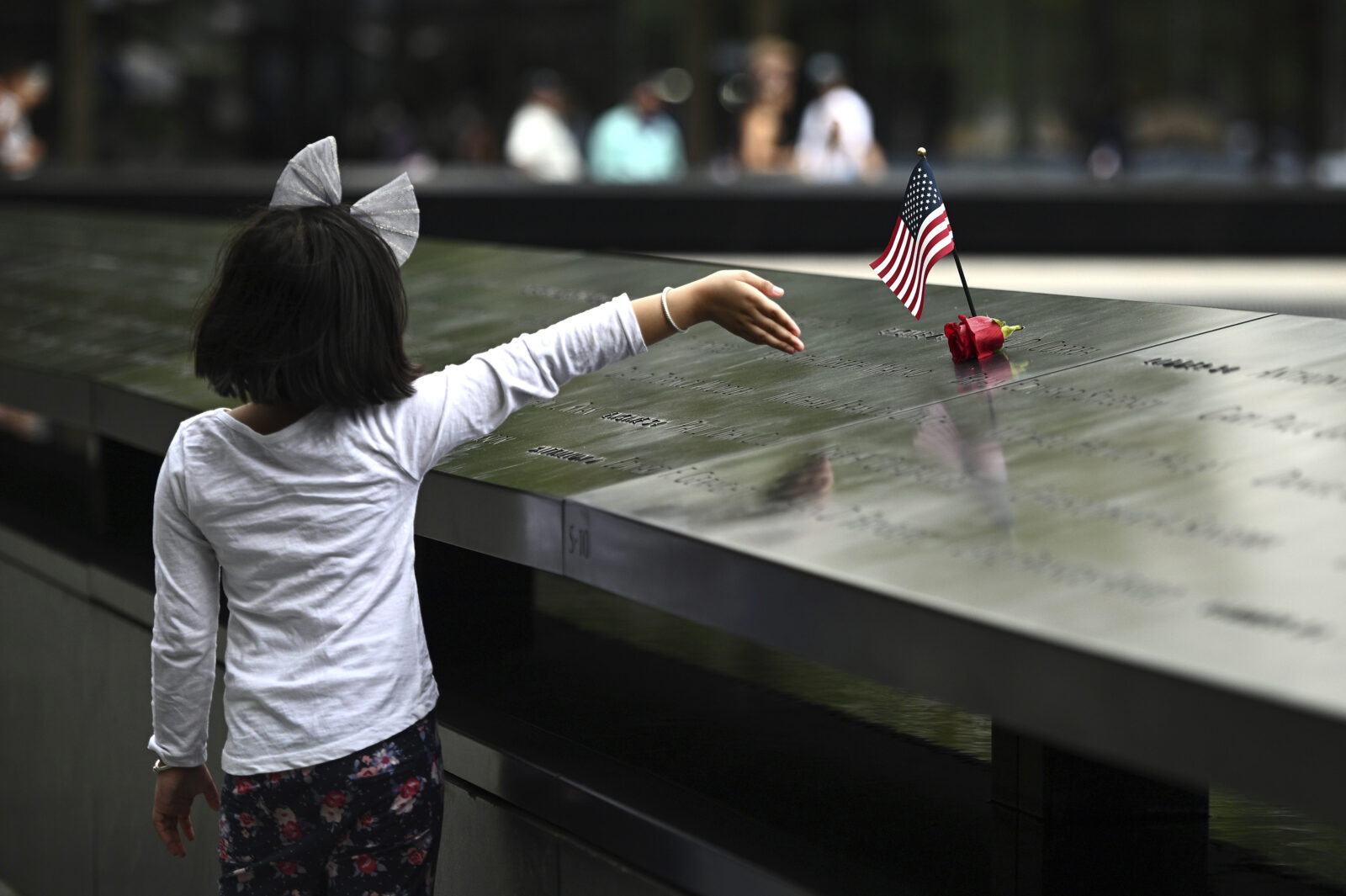 A young girl along the south memorial pool of the World Trade Center as the 20th Anniversary of the September 11, 2001 attacks approaches, New York City on Sept. 8, 2021. 2,983 names are inscribed for the victims of the 2001 and 1993 terrorist attacks. (Photo by Anthony Behar/Sipa USA)

It was a morning like most others at that time of my life.

A young journalist living in Washington D.C., I woke up on Sept. 11, 2001, hazy and hungover from the previous evening’s libations.

My then-girlfriend, also bleary-eyed, rolled out of bed and turned on the news amid first reports that a plane had flown into one of the Twin Towers of the World Trade Center.

The anchor gave no indication the crash was anything other than a tragic accident, but we agreed it looked like a terror attack.

When the second plane hit, our suspicions were confirmed — the United States was under attack by al Qaeda.

We watched the coverage dumbstruck by the seemingly surreal events on the screen. Then, when the Pentagon was struck by a third plane, the war came to our backyard.

I wasn’t scheduled to work until later in the day, but everyone headed for the office, just a couple blocks away from the White House.

As I pedaled my bicycle toward the epicenter of the city, I soon realized I had my entire side of the road to myself. A line of cars in the opposite lane was bumper to bumper. Drivers frantically honked their horns hoping to speed up their escape from the next attack, as both the Capitol Dome and the White House were considered prime targets.

The entire area had already been cordoned off by the military by the time I arrived.

I waved my press badge at a heavily armed soldier and entered the building to find several of my colleagues already planning coverage for the biggest story of our careers up to that point.

For the next several weeks we worked in shifts around the clock to keep readers informed, all the while trying to assess the magnitude of what was happening.

“It feels like we’re in a movie,” said a reporter sitting next to me on Sept. 11 during a brief lull in the action.

Little did we know at the time, but the “movie” we were living would turn into a two-decade war saga of suffering, loss, and regret culminating only a few weeks shy of this Sept. 11.

In the ensuing years, my small role in this global drama played out in Afghanistan and Iraq, where I reported on the wars. I spent many subsequent Sept. 11s in those countries wondering how this bloody and meandering epic would finally play out.

Amid all my wondering, I was seriously injured in Afghanistan just two days on Sept. 9, 2010, spending the actual anniversary in the air aboard a medical transport plane from Afghanistan to an American military hospital in Germany, where service members were treated for lost limbs and other battlefield injuries.

There were many more Sept 11s in Afghanistan and Iraq for me and others, and in terror hotspots around the globe, until the so-called twin “Forever Wars” came to their dismal ends … at least for now.

Because there’s really no end to the fight in Afghanistan. Though the Taliban claim to have complete control of the country, another more-extreme opponent is already vexing them. Islamic State-K considers the Taliban apostates for not adopting their even harder line interpretation of Islam.

Meanwhile, Iraq will remain fractured and plagued by Islamic State extremists for the long haul. There’s no real solution in sight for ending the violence there.

And while many veterans and others like me have memories of these conflicts that will never fade, most Americans will likely only give these wars but a glancing consideration once a year, on Sept. 11.

What a misfortune it would be if we learned nothing from these painful wars that will fade into memory one Sept. 11 after another.

Otherwise, chances are we will be remembering some other date down the line for another national tragedy, a day that perhaps could have been avoided had we heeded the lessons of Sept. 11. 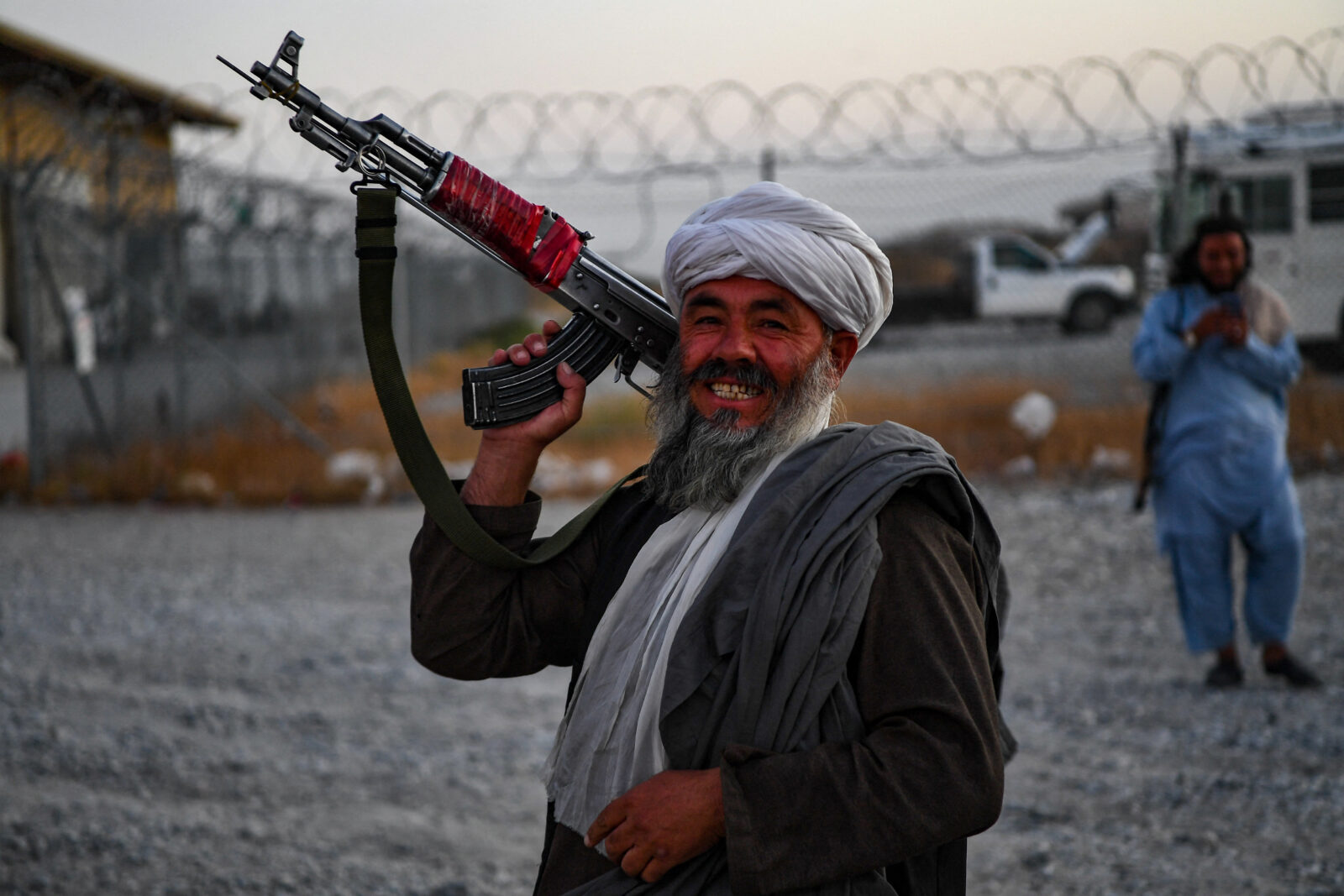 Taliban patrol in Bagram air base on Sept. 1, after U.S. troops left. Bagram, the largest NATO air base in Afghanistan and the main headquarters of U.S. forces, has come under Taliban control. Photo by Selcuk Samiloglu/DVM/Abaca/Sipa USA(Sipa via AP Images)

Postindustrial Year In Review: From coup attempt to (once again) surging COVID-19 — why we should be hopeful for 2022