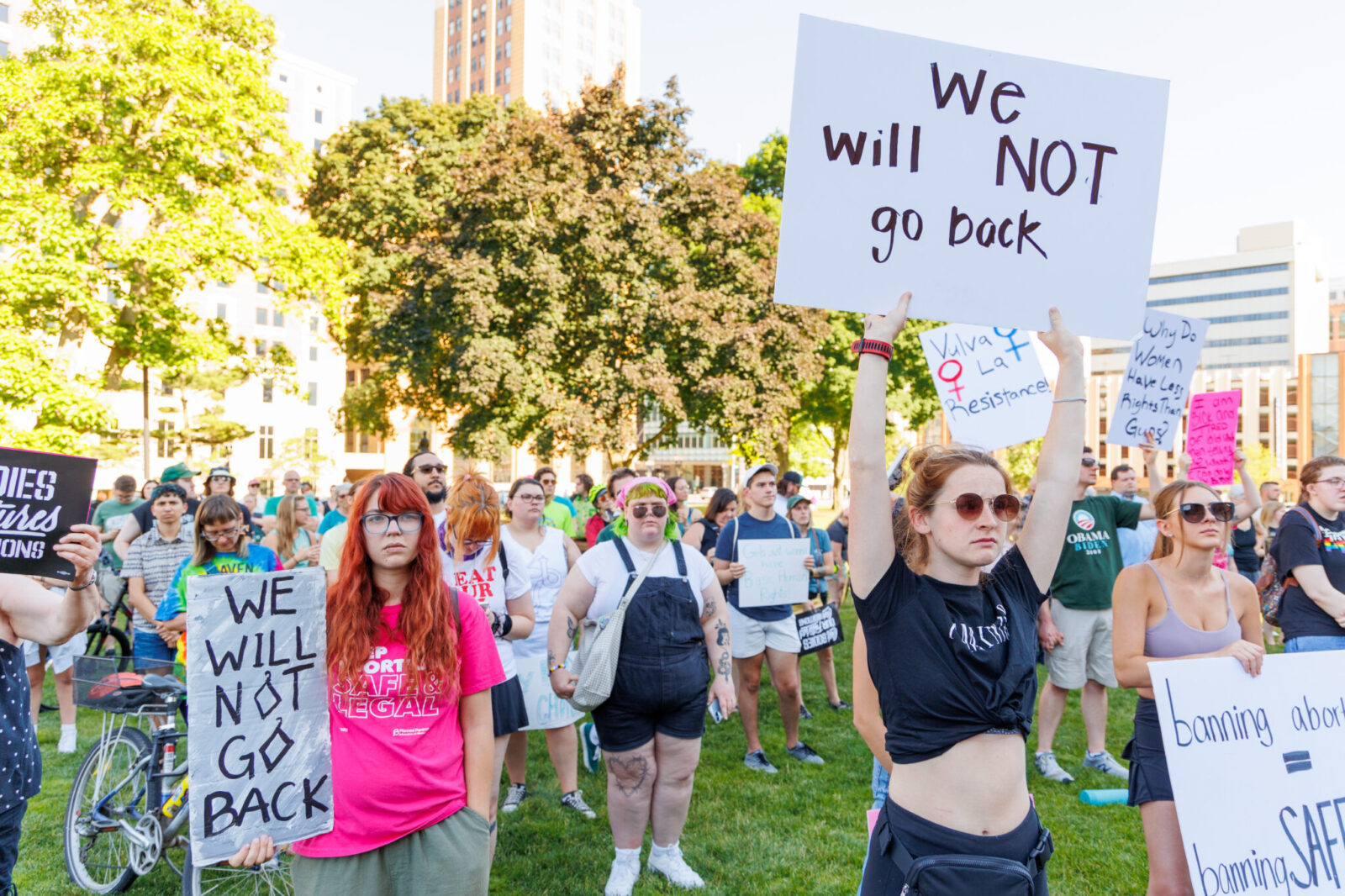 Hundreds of people braved the heat in Lansing to protest the Supreme Court’s decision to remove abortion protections for millions of women on June 24, 2022. // Photo by Andrew Roth

Following a ruling from the Michigan Court of Appeals Monday that allows county prosecutors to criminally charge health care providers for performing abortions, Planned Parenthood of Michigan wants to make one thing clear: Abortions are still legal in the state.

The Court of Appeals three-judge panel ruled that the injunction on the state’s 1931 abortion ban only prevents state officials from filing criminal charges against health care providers who perform abortions. According to the judges, county prosecutors are exempt from the injunction.

“We’re committed to protecting abortion access in Michigan we believe that the Court of Appeals order is wrong. Any prosecutor who attempts enforcement before that period of time would be acting outside the law and they should be held in contempt,” said PPMI President and CEO Paula Thornton-Greear during a press conference Monday afternoon.

PPMI did not take any questions from the media because their legal team is “still evaluating … legal options moving forward.”

Court of Claims Judge Elizabeth Gleicher ordered an injunction on the ban in May, before the U.S. Supreme Court overturned Roe v. Wade on June 24, while a PPMI lawsuit seeking to repeal the state’s abortion ban is in litigation.

Attorney General Dana Nessel, who is named the defendant in the Planned Parenthood lawsuit, but has said multiple times she will not enforce the 1931 ban, said the ruling from the Court of Appeals “will not deter my efforts to continue to fight for Michigan women.”

“The legal battle continues on multiple fronts and those of us who value access to reproductive health care and respect a woman’s right to make the best decisions for herself, according to her own moral, cultural and religious beliefs are not backing down,” Nessel said. “ While I respect the ruling from the court, it is by no means the final say on this issue in Michigan.”

The Michigan Advance is a nonprofit news site covering politics and policy across the state.