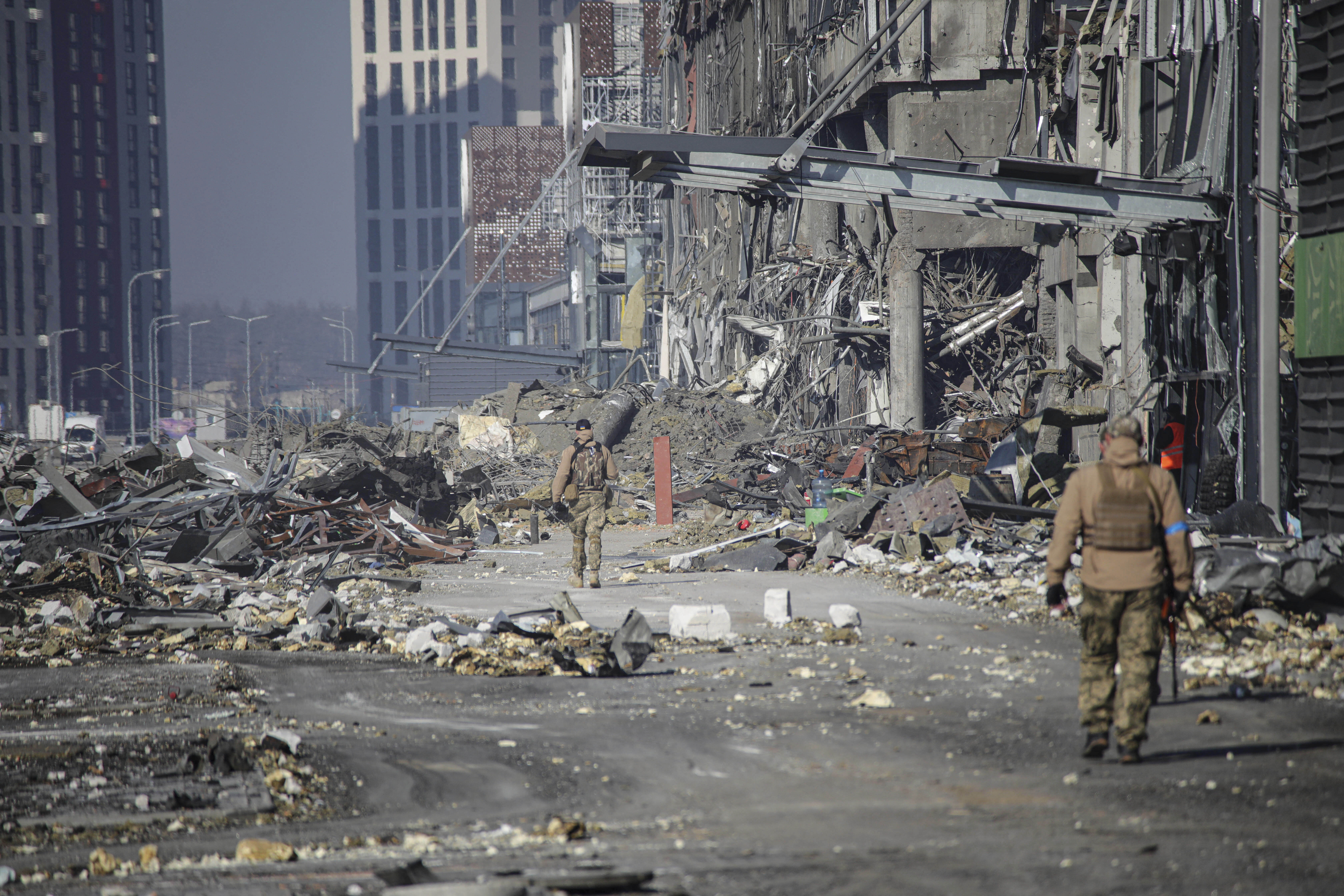 March 23: Soldiers are pictured outside a shopping mall ruined as a result of a missile strike carried out by the Russian troops in the Podilskyi district of Kyiv. // Photo by Yuliia Ovsiannikova/Ukrinform/Abaca/Sipa USA via AP Images

LVIV, Ukraine — The grandmother stood inside the refugee shelter with her head bowed as her eyes clouded with tears. In a voice brought low by sorrow, she pleaded for an answer from the heavens, from the gods of war, from anyone who might end her nation’s anguish.

“Why is this happening? Why is this happening?” Svitlana Shtanko asked, repeating the question twice more. Three days earlier, with her two adult daughters and two young grandchildren, she had fled Kharkiv, a city of 1.4 million people in eastern Ukraine near the Russian border.

The family escaped in early March after a week of shelling reduced the country’s second-largest city to ash and memory. They shared an underground bomb shelter with dozens of other residents, swaddled in blankets and clenched by dread, exhausted and hungry, captives of the war above. In that cold, dark space, as rockets and missiles atomized their city, the family feared they had entered a mass grave. 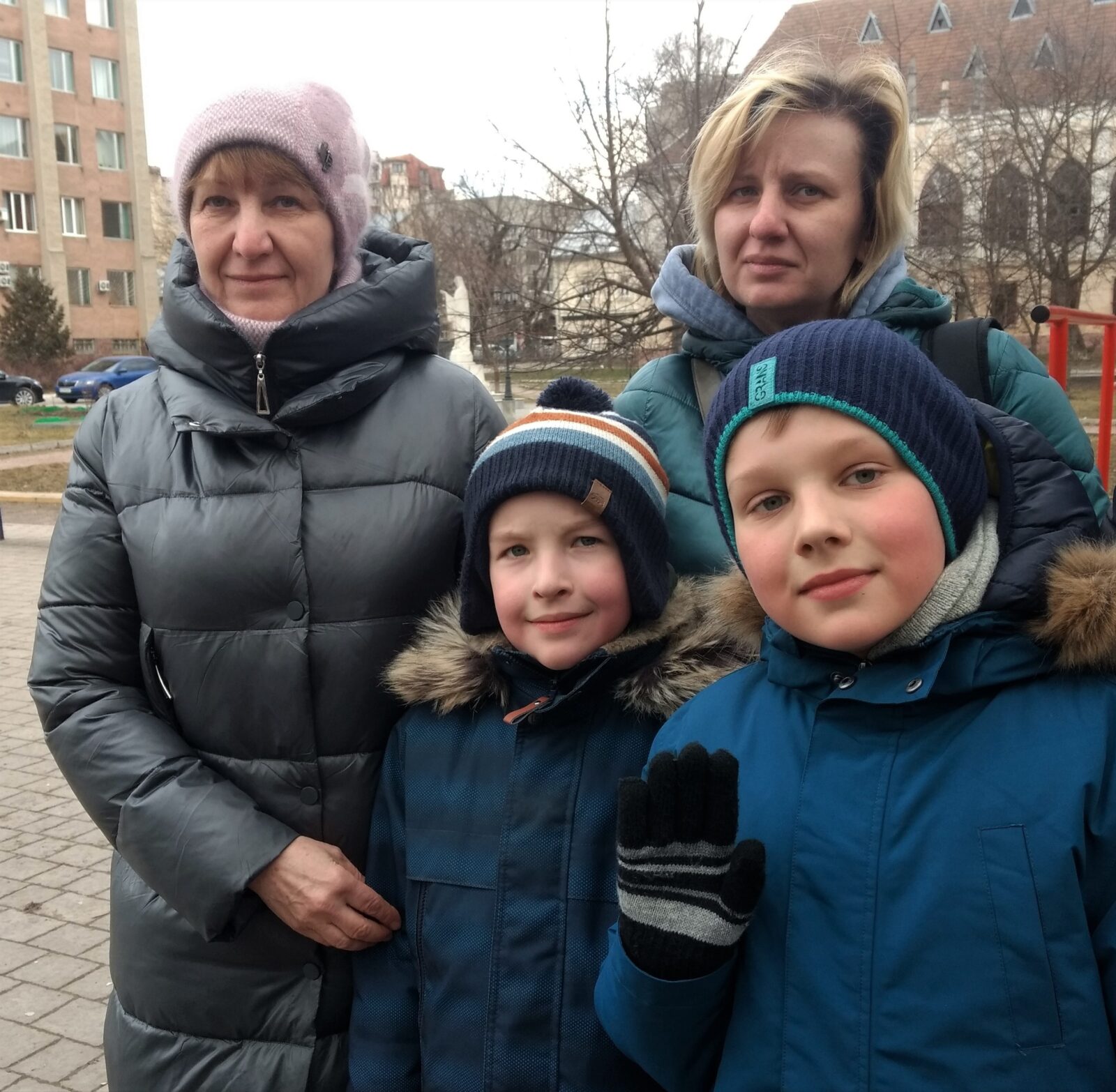 Svitlana Shtanko, left, stands with her daughter, Iryna Levokvets, and Iryna’s sons, Taras and Tymofiy, outside a refugee center in Lviv. In early March, the family fled their home in the eastern city of Kharkiv, the target of heavy shelling by Russian forces. // Photo by Martin Kuz

When the skies quieted for a day, Svitlana and her daughters and her grandsons joined the crush of Ukraine’s sudden refugees at the railway station, squeezing into an overcrowded train headed west. They passed through the besieged capital of Kyiv on their way to the relative safety of Lviv, some 50 miles from the Polish border, the familiar shape of life flattened as they traveled toward the unknown.

Relief workers sent the family to a refugee center housed inside a university, where they slept on cots and mats alongside hundreds of other dazed, displaced Ukrainians. Svitlana’s tears looked gray in the shelter’s wan light. “Why is Russia doing this to us?” she asked.

We held each other’s gaze. I knew words offered little solace, so instead I wrapped my arms around her thin shoulders, the answer thrumming inside my chest.

Because Russia has always done this.

My father lived the answer a century ago.

Eugene Kuz, born in Lviv in 1923, came of age in Joseph Stalin’s Ukraine, a place of state-inflicted famine and forced labor, pervasive suffering and scarce hope. He was 17 when German troops invaded the country in 1941, and within two years, he abandoned his medical studies to join the independent Ukrainian army. The partisan force fought against the Nazis and later the Red Army in seeking to establish the country’s sovereignty.

I grew up hearing, if not always listening to, his stories about his people and their country, their vibrant, rebellious, tragic past.

Released from a British prisoner of war camp in Italy when World War II ended, Eugene by then had set foot in his homeland and hugged his mother and father for the last time. The tyranny that lurked behind the Iron Curtain made returning to Ukraine too fraught with risk, and after the Soviet Union collapsed in 1991, declining health prevented him from traveling overseas.

He had immigrated to the United States in 1955 to reassemble his future after stops in England and Ireland. He settled in a small town outside Minneapolis, married and raised a family, built his own medical practice. But Ukraine colored and shadowed the decades of his post-war life — a source of unreserved pride and buried despair. 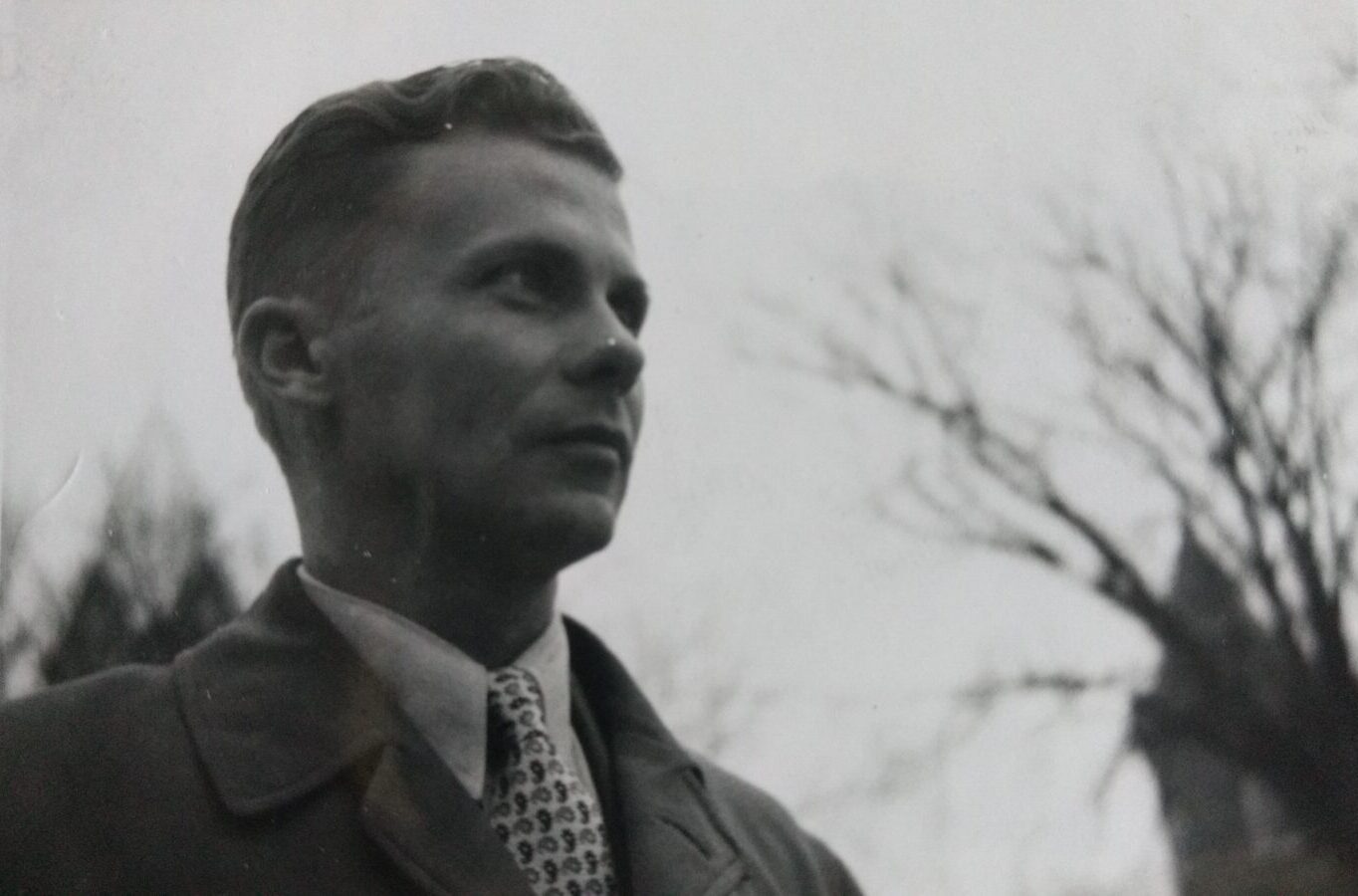 The author’s father, Eugene Kuz, circa 1958, three years after the Ukrainian native immigrated to the United States. // Contributed by author

I grew up hearing, if not always listening to, his stories about his people and their country, their vibrant, rebellious, tragic past. Still, from a young age, I grasped two points: it was Ukraine, not the Ukraine; and Russian aggression and oppression had darkened its history for centuries. Russia acted as an enormous, unmoving eclipse of Ukraine’s progress, blocking the light that might allow its freedom to bloom, an obstruction that remained even after Ukraine gained independence three decades ago.

My father passed away in 2015. He outlived the Soviet Union but watched with alarm and fury as the West slept on the latent threat Russia posed. A year before his death, I finally visited Ukraine for the first time. Months earlier, massive protests in Kyiv had ousted then President Viktor Yanukovych, a kleptocrat and Kremlin puppet. In retaliation, Russian President Vladimir Putin annexed Crimea, and around the same time, Moscow-backed militants seized portions of two regions in eastern Ukraine.

Putin never ceased his coercive meddling in the ensuing years, and four months ago, as he began positioning almost 200,000 troops at the border between the two countries, I felt a deepening unease. There was a sense of Russia’s past usurping Ukraine’s present. My father had been right.

I flew to Kyiv two weeks before the sounds of war descended on Ukraine. Over the next month, as Russia sought again to lay claim to my father’s homeland, I traveled from the separatist-occupied east to his native Lviv. The dozens of people I met along the way revealed an individual strength that matched their country’s collective solidarity.

In Luhansk and Donetsk, adjacent regions that border Russia and known together as Donbas, a 260-mile front line had divided separatist and Ukrainian military forces since 2014. The upheaval had displaced 1.5 million Ukrainians and killed 3,400 civilians, cleaving families and gutting local economies. Those who stayed behind inhabited a state of frozen disorder in a shattered landscape of ruined homes and incinerated churches.

The language and cultural rituals of Russia prevail in Donbas, and Putin might have held a sincere belief that its people, if nowhere else in Ukraine, would blow air kisses to his invading troops. But the briefest exposure to them would have enlightened him. The only aspect of life that the occupiers destroyed beyond any chance of repair was the allegiance to Moscow that once existed among much of the region’s population. 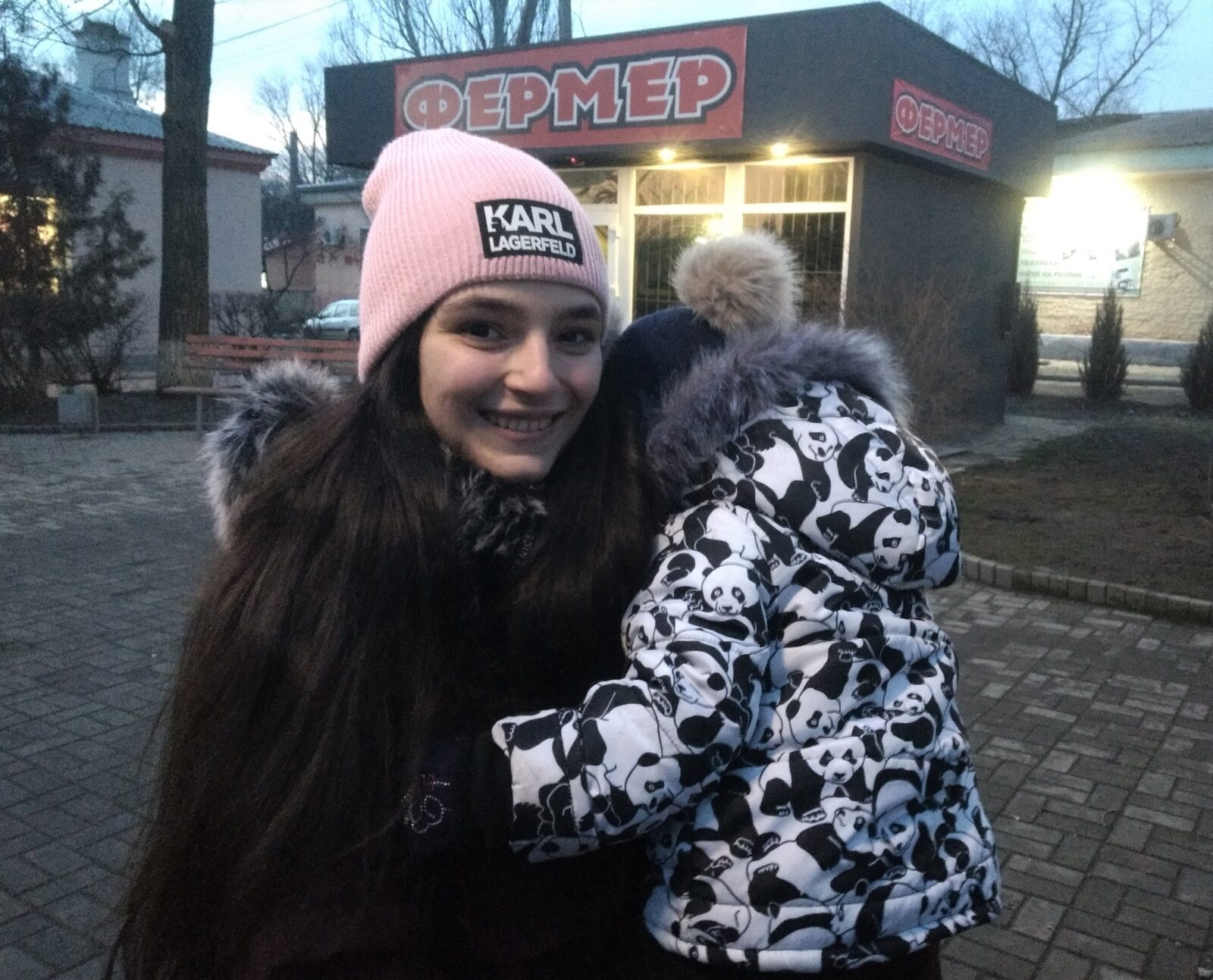 Katya Tyschenko holds her son, Vadym, while walking home in the eastern Ukrainian city of Niu-York days before Russian troops invaded the country in late February. “We do not blame all Russians,” she said. “But Putin needs to go to hell.” // Photo by Martin Kuz

A young mother I met in the front-line village of Niu-York gave eloquent, fervent voice to the change in attitude. Katya Tyschenko grew up speaking Russian and attending the town’s Russian Orthodox church. After the siege on Donbas, she and her husband learned Ukrainian and switched to a Ukrainian Orthodox church, and they will teach their toddler son, Vadym, the language and traditions of their “new” culture.

“He will understand what Russia has done to us — in this time and in Ukraine’s history,” Katya said. She cradled Vadym, who dozed on her shoulder, oblivious to the guttural lowing of a Ukrainian army personnel carrier lurching down the town’s central thoroughfare, a strip of dirt that more resembled a bog.

“We are united like never before across our whole country, and we will teach that to our children so they always remember,” she said. Then she offered a smile as wide as the Karl Lagerfeld patch on her pink knit cap. “We do not blame all Russians. But Putin needs to go to hell.”

The blend of unity and defiance evident in Donbas since 2014 portended the response of Ukrainians after Putin launched his invasion Feb. 24. At Kyiv’s main railway station, I watched as men and women aided seniors in wheelchairs and infants in strollers, carrying them down flights of stairs to train platforms.

In the stoic conviction of those willing to die for Ukraine, and in the hushed torment of those wondering if they will ever return to their country and their loved ones, I heard the echoes of my father’s experience.

As air-raid sirens wailed and waves of people flowed into and out of the capital, similar scenes occurred in Lviv, with the very old and the very young ferried up stairways to board trains bound for Poland. Again and again, families and strangers exchanged the same call-and-response farewell as they parted: Slava Ukraini! Heroyam Slava! (“Glory to Ukraine!” “Glory to heroes!”)

The country’s order of martial law requires men ages 18 to 60 to stay home to support Ukraine’s fight for independence. Tens of thousands have joined the territorial defense force, and thousands more have returned from abroad to sign up. I met Vitaliy Mazur as he helped patrol the perimeter of Lviv’s closed airport, his large hands clasping the strap of an automatic rifle slung over his shoulder. Hours after Russian tanks rolled into Ukraine, a friend in Lviv called him at 5 a.m. in Chicago, where his work as a fiber optic technician had taken him a couple of months earlier. 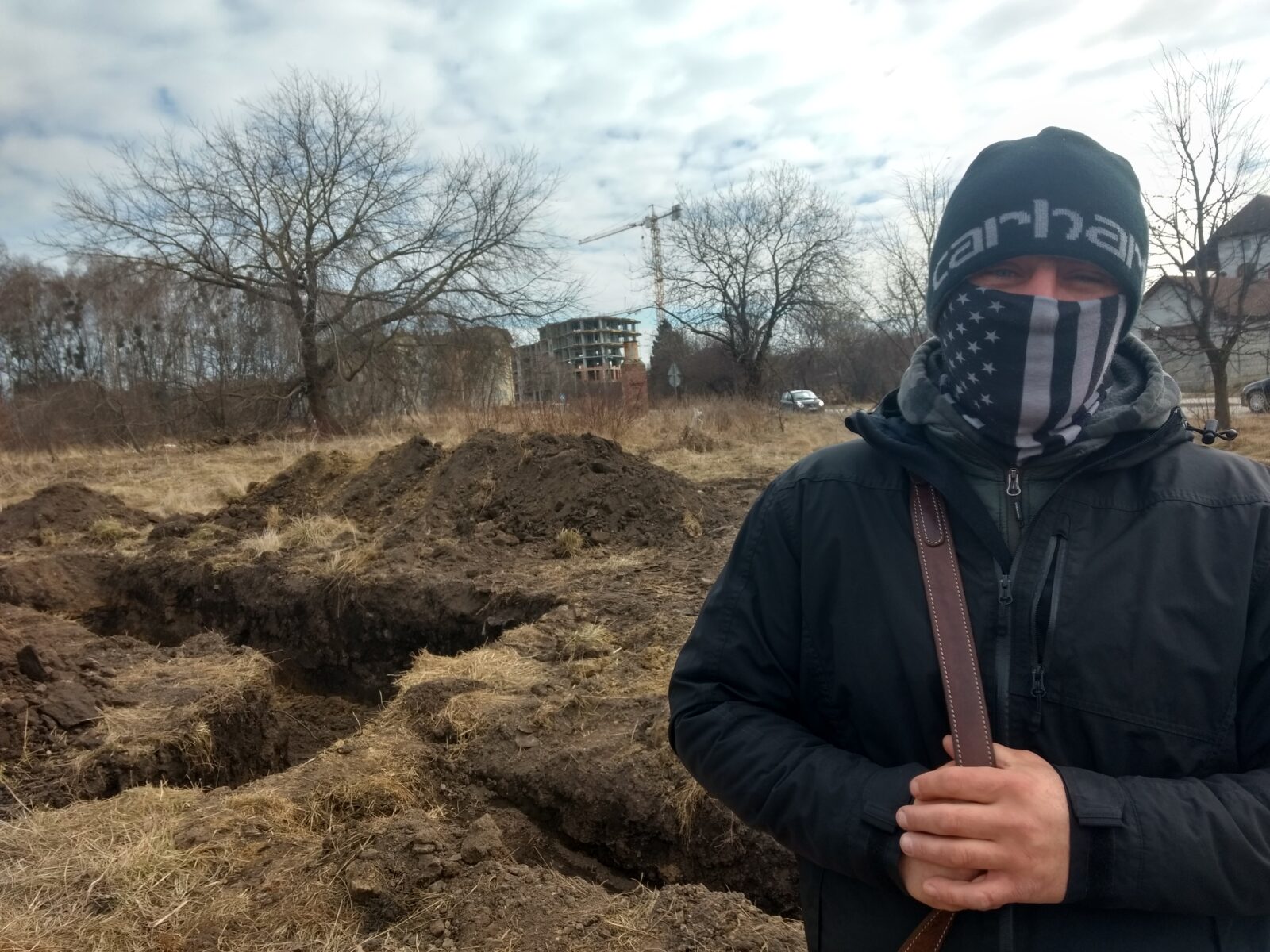 Vitaliy Mazur, a volunteer with the civilian defense force in Lviv, helps patrol the city’s closed airport in early March. The married father of two children returned from Chicago after Russia invaded Ukraine. “This is my country and my children’s country,” he said. “I stay until the Russians are gone.” // Photo by Martin Kuz

“Vitaliy, you have to come home,” his friend said. “It’s war.” Four days later, following a flight to Warsaw and a bus ride across the border, the husband and father of two young daughters received his weapon at a nearby recruiting station. “This is my country and my children’s country,” he said. “I stay until the Russians are gone.”

In the stoic conviction of those willing to die for Ukraine, and in the hushed torment of those wondering if they will ever return to their country and their loved ones, I heard the echoes of my father’s experience. He joined an earlier struggle to save his homeland from Russia, and when the Soviet Union proved indomitable, he found himself forever separated from most everything and everyone he had known.

His relentless efforts in America to educate family, friends and strangers alike about Ukraine sometimes baffled and embarrassed me as a child. I later recognized his advocacy as a form of yearning — and of prolonged mourning. Near the end of his life, during a priest’s visit as part of his hospice care, my father, uninterested in accepting words of comfort, told him about Crimea, Donbas, and Putin’s belligerence. To the end, Eugene Kuz wanted the world to learn about Ukraine, to recognize the will of its people and their desire for freedom, to hear the nation’s ferocious beating heart.

The world, at long last, is listening. 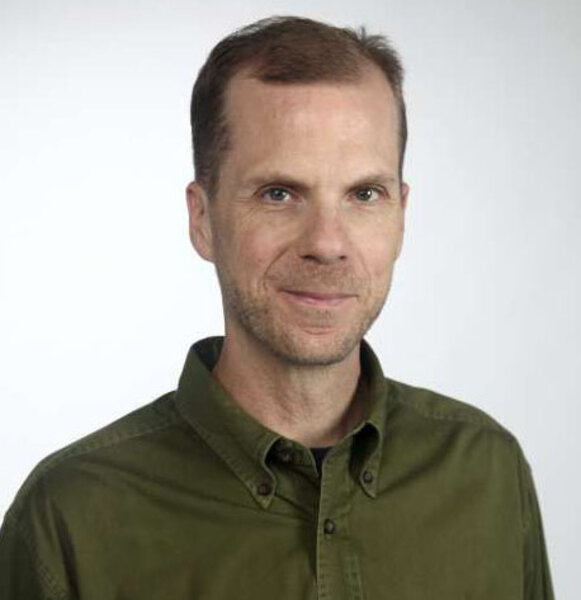 Martin Kuz is an independent journalist whose coverage focuses on wildfires, war, military veterans, criminal justice, and mental health. He previously worked as a reporter for the Christian Science Monitor, San Antonio ExpressNews, Stars and Stripes, and Sactown Magazine, and his freelance articles have appeared in The Atlantic, Los Angeles Times and other publications. A Minnesota native, he lives in Sacramento, Calif.