Shown is a bicycle lane along Market Street in Philadelphia in 2018. (AP Photo/Matt Rourke). People in more cities, including those in North Carolina are pressing for bike-friendly roads.

Pandemic restrictions have led to an explosion of interest in biking on North Carolina roadways and optimism about the future of cycling for transportation, according to Mike Sule, executive director of the urban cycling advocacy group Asheville on Bikes.

“COVID has presented us with an opportunity to rethink how we allocate the public right of way to accommodate pedestrians and cyclists,” Sule said. “This is really our oyster to grab.”

Sule and other cycling and pedestrian advocates said the state government will be a pivotal partner in developing safer and more efficient modes of pedestrian transportation. But politics in Raleigh and a lack of funding for pedestrian and cycling facilities could squander the momentum to redesign and invest in public pedestrian spaces.

The COVID-19 pandemic revealed what advocates have known for years: that most North Carolina cities and towns lack functional public transit and pedestrian infrastructure, said Terry Lansdell of BikeWalk NC, a statewide advocacy group for pedestrians and cyclists.

“People experienced neighborhoods again during the shutdown,” he said. “They went outside, became more active and realized that a lot was lacking. They realized there was not a continuous sidewalk. They realized there weren’t bike lanes. During COVID, they became aware of their surroundings like they never have before.

“When we get back to normal, we still live in that place, and there may be no real choice other than to drive. But we have to build options and look to leaders to do it.”

The moment of possibility for biking is not the first. Bicycle ridership spiked in the U.S. during the 1973 oil crisis, which strained the U.S. fuel supply, Sule said.

Yet once the oil flowed again, he said, drivers settled back behind the wheel of their automobiles.

He is hoping this time is different. 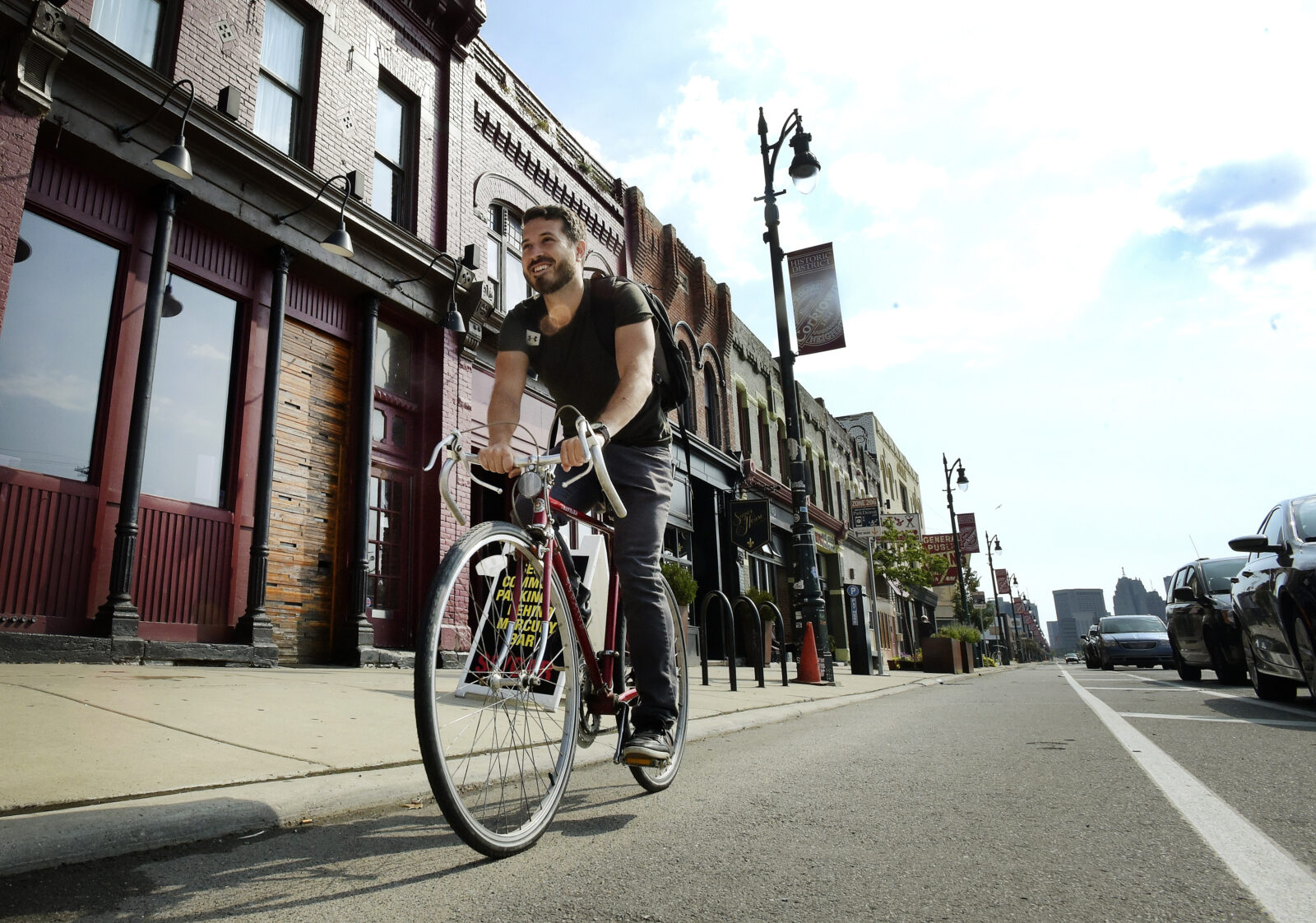 In this 2017 photo, Emmanuel Nelson of Virginia Park rides down Michigan Avenue in the bike lane in Detroit. Brightly painted green and white, new “protected” bike lanes — those with a separation between bike and parking lanes — were popping up in the city, at the cost of nearly $150,000 per mile, to ensure a safer ride. (Daniel Mears/Detroit News via AP)

The strategies include expanding multimodal options such as public transportation, cycling facilities, greenways and other shared-use paths for pedestrians.

According to the report, one of the challenges to building more sidewalks and bike routes is the lack of funding: The N.C. Department of Transportation budget of $4.96 billion allocates just $800,000 to cycling.

“What really draws people to bikes are safe facilities,” Sule said, but “so much of our infrastructure puts cyclists and pedestrians in peril.”

A former middle school teacher, Sule launched Asheville on Bikes in 2006, aiming to build an urban cycling culture in Asheville by making it safer and more accessible. Among the organization’s recent achievements is advocating for a protected bike lane — the city’s only stretch — along a recently reengineered section of road in the city’s River Arts District.

Yet Sule told Carolina Public Press that even small-scale pedestrian projects with low price tags can be heavy lifts. For example, according to Sule, it took a year to persuade the city of Asheville to transform a public parking space at an intersection into a “bike corral” — a cycling parking facility — in the hub of the city’s trendy West Asheville business district.

“We have plenty of state-approved plans but no funds to make it happen."

Sule’s recipe was approaching businesses and asking for buy-in by demonstrating the benefits of a corral. The larger challenge, he said, was presenting “things that don’t exist in the minds of key decision-makers.”

“Once it was there, businesses appreciated it,” he said. “Suddenly, you can park 15 bikes in place of one car. It seems on the surface like a small win, but those wins have culminated in changing how the city approaches active transportation.”

City officials, however, are not the only decision-makers. Approving the corral required the state’s consent. The state has jurisdiction of some urban roadways, including Haywood Road in West Asheville, a portion of U.S. Route 23.

“The state is a hurdle in rolling new projects forward,” he said. “They are an agency that is still committed to moving vehicles at high speeds through spaces. The NCDOT has been historically sluggish in prioritizing the safe movement of (pedestrians and cyclists) above the safe and convenient movement of people in (vehicles).”

In an email, NCDOT spokesman Harris Kay said the agency is “committed to designing, building and maintaining a safe, diverse and comprehensive transportation network. All modes are important to this network and add value to the lives of North Carolinians.”

Kay said the state also launched the Great Trails State Plan last year to create a network of shared-use paths and trails that connect every North Carolina county. In addition, NCDOT has provided thousands of free helmets since 2007 and funds the creation of local bicycle and pedestrian plans.

“Since 2010, 113 such plans have been adopted, leading to approximately 500 bike and pedestrian projects to be submitted for funding in our State Transportation Improvement Program,” he said. “It is important to understand that local communities take the lead when it comes to initiating new bike and pedestrian facilities.”

“If changes are suggested to existing roadways, there are a number of things that must be considered, including federal and state law, safety of all users and other technical considerations,” he said.

Lansdell of BikeWalk NC said the state does bear some responsibility for the lack of facilities but pointed out that NCDOT is hamstrung by a law passed in 2013 by the General Assembly.

“We have plenty of state-approved plans but no funds to make it happen,” he said.

Lansdell wasn’t aware of the provision until state funding for pedestrian projects evaporated in 2014.

“(NC Moves 2050) leaves little doubt that the return on investment for active transportation is worth every penny, but if a community wants a sidewalk in front of a school, the state would not and could not fund the sidewalk,” he said.

“Many roadway projects include bike or pedestrian facilities,” Kay said, such as sidewalks, wide outside lanes for bicyclists or dedicated bike lanes. However, the department does not “track separately the percentage of projects that include those amenities.”

A white hipster on a pricey cargo bike may be the caricature of an urban cyclist, but Sule said the reality of who actually cycles is a more diverse snapshot.

Black and Latinx individuals nationwide have less access to cars and are more likely to take public transportation than whites. Some bike advocacy groups, such as the national People for Bikes organization, are pressing to make biking more diverse and inclusive.

But creating safe spaces to bike and walk can improve social and economic conditions for everyone.

“Since we have not built connectivity throughout Asheville over the last 30-40 years, too often a bike lane or bike facility looks like an agent of gentrification,” Sule said. “We need to build active transportation everywhere in places that need it most.”

A lack of transportation options in low-income neighborhoods serves as a major barrier to gaining wealth, according to Opportunity Insights, a study of poverty and economic mobility directed by Harvard economist Raj Cheety.

The data shows that Charlotte has the lowest rate of upward economic mobility among the nation’s 50 largest metro areas. The study found that the strongest factor in the odds of escaping poverty is commuting time.

Predictably, the average trip to work in Charlotte is among the highest in the nation and equates to a big trade-off for families with limited resources.

“Commuting two hours a day doesn’t give you time to take care of educating, feeding or taking care of your family,” Fencil said. While housing prices are difficult to control, Sustain Charlotte instead focuses on decreasing transportation costs.

In Charlotte, the median income household spends 29% on housing and 22% on transportation. Poorer families generally spend a higher portion of their income on commuting.

Investment in public transportation is a crucial part of the equation, she said, to decrease the amount families spend on their commute.

“If we have better sidewalks and bike lanes and public transit that is fast, frequent and reliable, it gives more wiggle room to be able to afford housing,” she said. “When transit service runs every 15 minutes or less is when people start to ride.”

Funding a wide-scale and reliable public transport system depends on enough people ditching their cars and opting for other modes of transport. But a functional public transit system hinges on a complementary investment in a safe bike and pedestrian network.

“A lot of people use sidewalks and crosswalks and bike lanes as that first- and last-mile connection to public transit,” she said. “A bus can’t safely drop someone on the side of a six-lane street without a crosswalk.”

Beyond the economic factors, a lack of a reliable and safe pedestrian transportation network has lethal consequences, particularly for people of color.

Nationwide, according to the national Centers for Disease Control and Prevention, nonwhites are more likely to be among those killed as pedestrians. For Blacks, the death rate was double the rate for whites.

Where state funding for dedicated pedestrian and cycling projects falls short, municipalities and counties often take up the slack. Rural areas lag behind — particularly in Eastern and Western North Carolina — because they lack funding sources.

During the pandemic, the city of Charlotte created the Shared Streets pilot program, which designated portions of nine streets to pedestrians and bicyclists, Fencil said.

“By surface area, streets are the largest shared public space in Charlotte, but almost all of the space is geared toward people in cars,” she said.

The Shared Streets program ended in December, but Fencil said the message that people want safer public spaces was delivered. The city is pursuing an ambitious plan to add more protected bike lanes and develop a “triple A” (all ages and ability) bike network in and around Uptown, Charlotte’s city center, she said.

To fund it, the Charlotte MOVES Task Force proposed a “One Cent for Mobility” countywide sales tax. The proposal will support light rail, buses, a complete greenway system and pedestrian infrastructure. A proposed bond referendum in the fall requires approval by the General Assembly.

The pandemic may create other opportunities for car alternatives. A recent proposal from the House Transportation and Infrastructure Committee would provide $30 billion in COVID-19 emergency relief funding to support public transportation.

In addition, the Biden administration has pledged to “revolutionize” public transit and allocate flexible federal investments to help communities invest in pedestrian infrastructure. Another federal stimulus package and a forthcoming transportation plan may provide funds to redesign public spaces.

Fencil is also counting on the state of North Carolina.

“The state is a critical partner with local DOTs. We need their leadership and support,” she said. “We need to reconnect our community that has been divided by highways and major roads to serve people in cars.”

Poetry of place (and space) 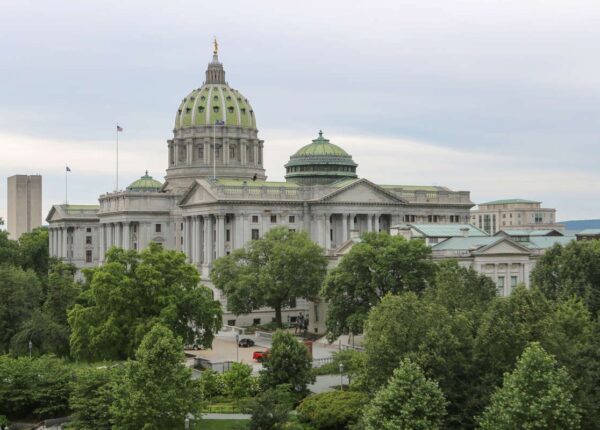 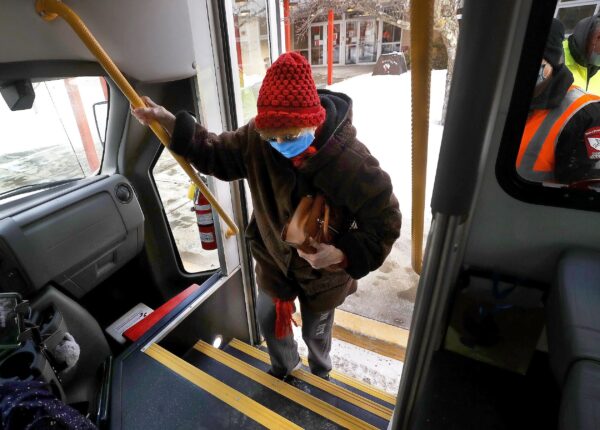 By Rebecca Moss of Spotlight PA