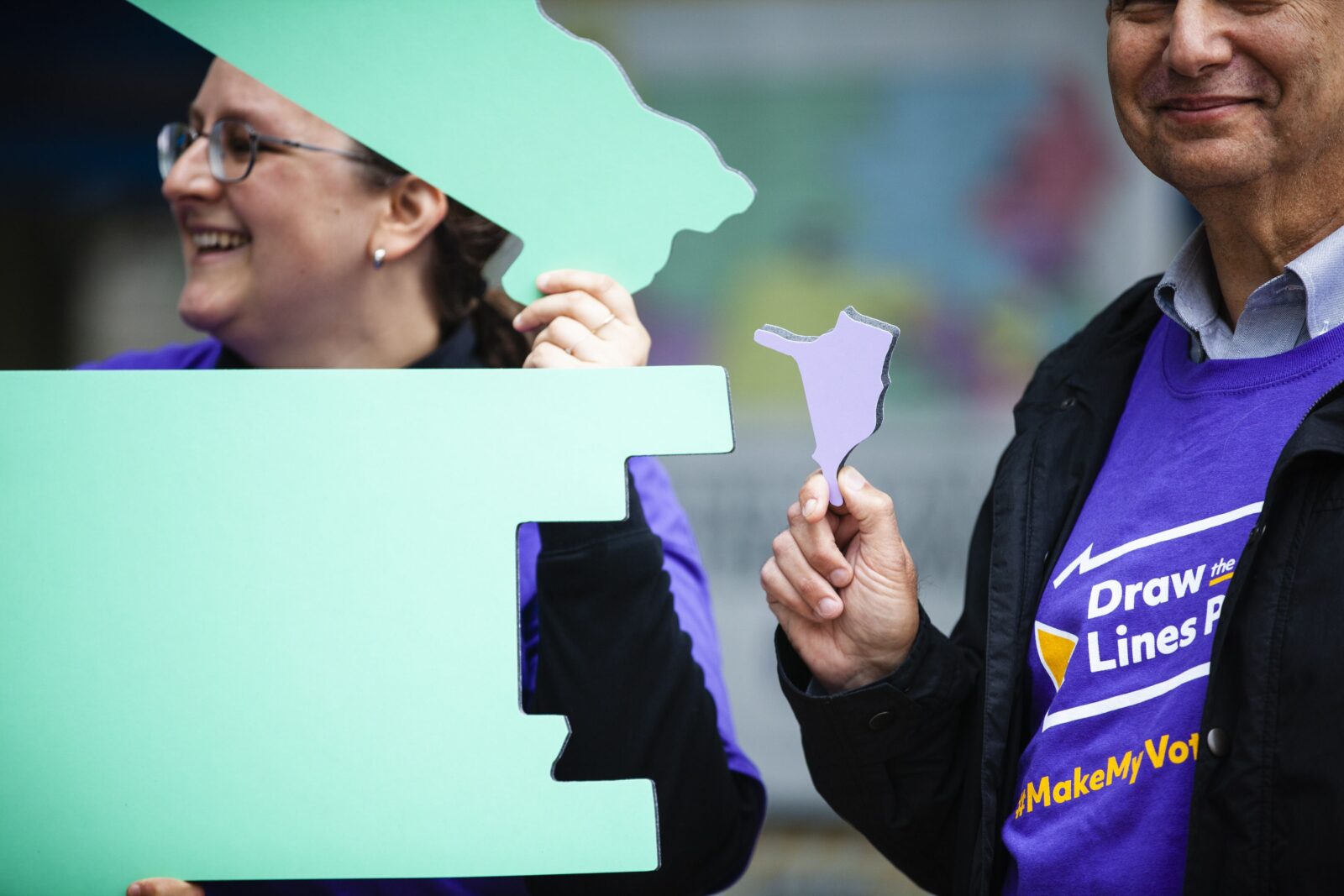 Pennsylvania Republicans are moving to change how the state’s political maps are drawn after a redistricting cycle that could potentially diminish their party’s power in Harrisburg. // Amanda Berg / For Spotlight PA

This article is part of a yearlong reporting project focused on redistricting and gerrymandering in Pennsylvania. It is made possible by the support of Spotlight PA members and Votebeat, a project focused on election integrity and voting access.

HARRISBURG — Pennsylvania Republicans are moving to change how the state’s political maps are drawn after a redistricting cycle that could potentially diminish their party’s power in Harrisburg.

Among the proposals is one that would give the legislature more control over the final products. That goal directly opposes the wishes of advocates who have for years pushed to remove elected officials from the process and give the power to average Pennsylvanians.

The state recently finalized its new congressional and legislative maps after a months-long undertaking that saw thousands of citizens offer input and dozens of legal challenges. While the congressional and state Senate maps remain largely unchanged, the new state House map adds several seats that could be won by Democrats to account for population shifts that occurred over the past decade.

Every ten years, the state House and Senate maps are drawn by the Legislative Reapportionment Commission, a five-member panel made up of party leaders from the General Assembly and chaired by a nonpartisan member typically selected by the Pennsylvania Supreme Court.

This cycle’s chair, former University of Pittsburgh Chancellor Mark Nordenberg, became the target of intense criticism from Republicans who claimed the maps he approved were gerrymandered to benefit Democrats despite nonpartisan analysis that showed the maps had a slight Republican bias.

Among his critics is state Rep. Seth Grove (R., York), who has proposed replacing the panel with a new commission whose decisions could be overturned by the legislature, which is currently controlled by Republicans.

Grove’s proposal would require a voter-approved change to the state constitution and would trigger an immediate redo of the maps.

For many years, advocates for overhauling the redistricting process have lobbied for an independent citizens’ commission to draw the state’s political maps without input from elected officials.

Grove’s proposal would create a commission composed of eight registered voters chosen by leadership in the state House and Senate, two members chosen by county governments, and a member of the judicial branch selected by Commonwealth Court. Applicants would be disqualified from serving on the commission if they or their spouse have held public office, registered as a lobbyist, or ran as a political candidate in the past five years.

For many years, advocates for overhauling the redistricting process have lobbied for an independent citizens’ commission to draw the state’s political maps without input from elected officials.

Any plan agreed upon by the new commission would go to the General Assembly for final approval — giving each chamber the final say on its own map. If the panel failed to send lawmakers maps they could agree on, the legislature would be empowered to draw its own maps and enact them without the approval of the governor.

Advocates for a nonpartisan redistricting process said such a change could result in partisan gerrymandering, the drawing of political lines to benefit one party.

“It’s a sham reform,” said Carol Kuniholm, director of Fair Districts PA, a nonpartisan redistricting advocacy group. “The specifics of how the commission is appointed puts a lot of power in partisan hands. In effect it’s giving even more power to the chambers, taking any hint of safeguard away.”

Grove’s measure has yet to be considered by the full state House, the next step in a lengthy process to get the proposal to the ballot. A spokesperson for the House Republicans said that there was no “specific timeline” to consider the amendment at this point.

State Sen. Dave Argall (R., Schuylkill) has his own ideas about changing how the legislative maps are drawn. He plans to propose a constitutional amendment that would force the state Supreme Court to select a chair, at random, from currently active senior judges from the lower appellate courts. He argues this change would make the decision less political.

Critics worry this would lessen the number of qualified candidates for the position given the busy schedule of judges, especially as the chair is often left with making final decisions in an otherwise evenly divided partisan commission.

Argall also intends to introduce an amendment that would prohibit counting people in state prisons at their last known address rather than at the facility where they are incarcerated, a practice known as prison gerrymandering. In a landmark shift, the Legislative Reapportionment Commission voted to make that change during this redistricting cycle over the objections of Republican members.

Pennsylvania’s congressional map is already drawn by the legislature and is subject to approval or rejection by the governor. This year, Democratic Gov. Tom Wolf vetoed a map sent to him by legislative Republicans, arguing it was biased in favor of the majority party.

Because of that impasse, the decision was sent to the state Supreme Court, which is currently controlled by Democrats. The justices considered more than a dozen maps submitted by Wolf, top lawmakers from both major parties, and citizen groups. The majority ultimately picked a map submitted by voters that closely resembles the current one.

“I think it could help to depoliticize the process. Even the judges have said they don’t want to be as involved in the redistricting process.” – State Sen. Dave Argall (R., Schuylkill)

Argall has already introduced an amendment that would limit the use of any congressional plan drawn or implemented by a court to the two-year election cycle in which it was put in place. He said his main goal is to “put some guardrails on the activist judges,” and he emphasized that the U.S. Constitution empowers the legislature to oversee redistricting.

“I think it could help to depoliticize the process,” said Argall, who this year worked with a Democratic senator to create a bipartisan map that never came to fruition. “Even the judges have said they don’t want to be as involved in the redistricting process.”

Kuniholm said putting time limits on court-implemented district lines would create confusion and chaos for county election directors. She said she believes the proposal is an attempt to remove the judiciary branch as a check in the redistricting process.

“Basically, [Argall and Grove’s amendments] are an attempt to say that the legislature is free to draw their own maps and any attempt to put metrics around that or to put guardrails around that is going to be fought by the current legislature,” Kuniholm said.

Kuniholm’s group was at the forefront of a push to reconstruct the redistricting process from the ground up by creating a randomly selected commission of citizens to draw congressional and legislative maps.

But despite widespread support for bills from state Sen. Lisa Boscola (D., Lehigh) and state Rep. Steve Samuelson (D., Northampton) — whose legislation at one point garnered 110 cosponsors from members of both parties, enough to pass the lower chamber — legislative leaders failed to advance the measures before the most recent redistricting process began.

Advocates in 2020 turned their attention to bipartisan legislation known as the Legislative and Congressional Redistricting Act, which would have increased transparency measures and standardized practices and metrics for the redistricting process. But that measure, too, went nowhere.

Kuniholm said General Assembly leaders are unwilling to give up their role in redistricting despite widespread support among voters for changing the process.

“What Sen. Argall and Rep. Grove are signaling is they’re going to do everything that they can to maintain legislators’ power over the redistricting process,” said Kuniholm. “We need to be moving in the opposite direction.” 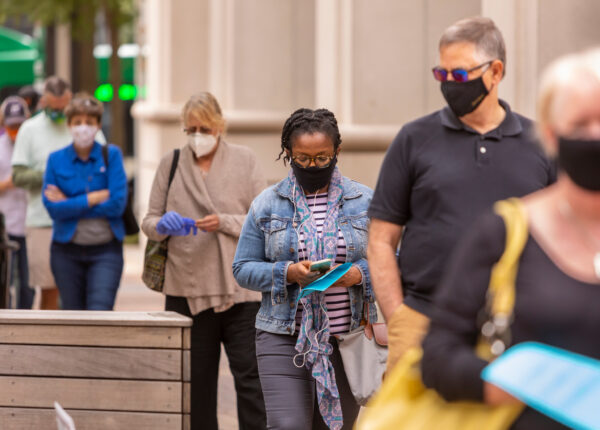 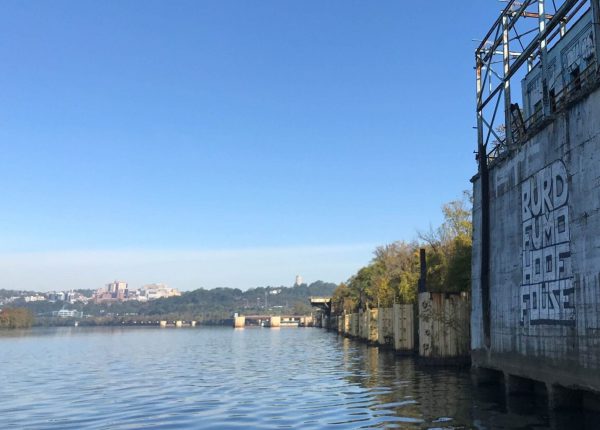