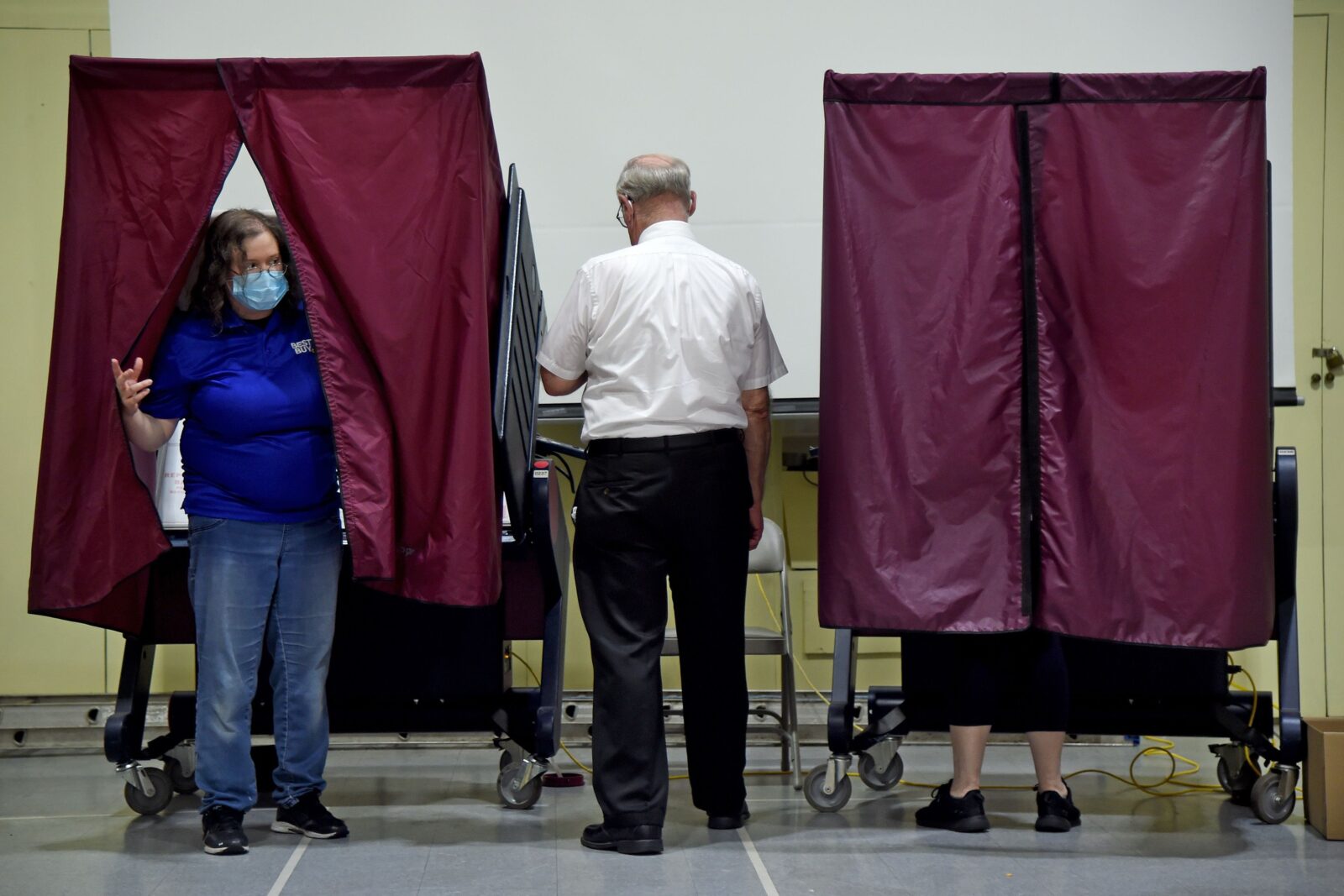 The legislation is sure to draw intense scrutiny and will likely face steep obstacles as Republican leaders, who control both chambers of the state legislature, try to keep their party unified while also winning the approval of Democratic Gov. Tom Wolf. (TOM GRALISH / Philadelphia Inquirer)

The legislation is sure to draw intense scrutiny and faces steep obstacles as GOP leaders, who control both chambers of the legislature, try to keep their party unified while also winning the approval of Democratic Gov. Tom Wolf.

For example, Republicans have long pushed stricter voter ID rules, saying they would prevent fraud. But there’s no evidence of widespread fraud, especially involving fake identities, and such rules can raise barriers for low-income and older voters, among others.

A Wolf spokesperson on Thursday called the bill “an extremist proposal” meant to undermine trust in elections and make voting more difficult.

Election administration has become a highly charged political issue in Harrisburg and across the country, with Democrats accusing Republicans of seeking to weaponize election rules to disenfranchise voters. Several GOP-controlled legislatures have sought to tighten voting laws in the wake of the 2020 election and former President Donald Trump’s lies about fraud and election rigging.

Among the proposed changes:

“Pennsylvanians must have faith in their elections and this bill is another piece of restoring the public’s trust,” House Speaker Bryan Cutler (R., Lancaster) said in a statement.

That diminished trust in elections that GOP leaders have cited has been largely driven by Trump’s election lies — and Republicans’ amplification of them.

The proposals would have a variety of effects on elections, which past experience in other states has shown can be difficult to predict.

A change meant to strengthen election security, for example, can make it more difficult to vote — but also anger and energize voters, leading to a backlash as resources are poured into combatting potential disenfranchisement. Changes meant to expand ballot access can end up having little effect on voter turnout, making voting more convenient but not expanding the electorate. 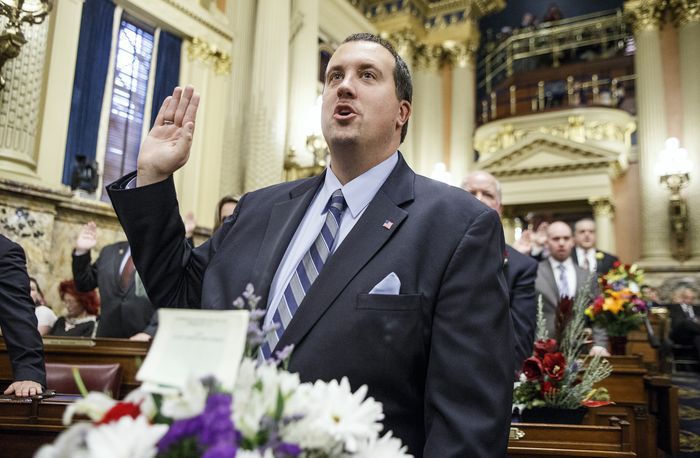 Wolf told reporters Thursday in Philadelphia that he’s open to any legislation “that increases access to voting.” But, he warned: “If it’s a voter suppression bill, I’ll veto it.”

Pennsylvania’s Election Code was largely untouched for decades after its creation in 1937, until Republicans and Wolf agreed in 2019 to an overhaul which, among other changes, allowed any voter to cast ballots by mail.

That major change, taking effect during the 2020 election and the coronavirus pandemic, revealed some of the weaknesses in the current system, parts of which were outdated or entirely new. And it showed the dangers of moving too quickly without boosting Pennsylvania’s election infrastructure, which, like in other states, has long been underfunded.

The new bill includes state funding for some of the changes, such as covering the cost of counties buying electronic poll books. The Pennsylvania Department of State would also be required to cover half the cost of early vote centers.

Republicans control the General Assembly, but Democrats are relying on Wolf’s veto power to force negotiations. An early attempt went nowhere and led to Republicans drafting Thursday’s bill without input from Democrats.

And even within the GOP, there’s disagreement on how to overhaul elections, with some of the most pro-Trump members continuing to focus on 2020 and calling for significant voting restrictions — including the wholesale repeal of mail voting. Others are interested in less dramatic changes.

“I feel like I’m working in a room filled with gasoline fumes, and there’s more than a few people running around flickering their lighters,” state Sen. David Argall (R., Schuylkill), Grove’s counterpart as chair of the Senate State Government Committee, said Thursday.

But he held out hope for compromise.

“We plan on reviewing this 150-page rewrite of our election laws carefully since it was done with no democratic input and it appears to make voting more complicated, not easier,” House Minority Leader Joanna McClinton (D., Philadelphia) said in a statement. “Improving ballot access for all voters in a bipartisan way like we did in 2019 should be the standard for any election changes.”

Grove’s bill would require voters to present their driver’s license or another government-issued ID at the polls. Voter registration cards and college IDs would also be accepted, and the Department of State would be required to provide free photo ID cards to any voter who requests one.

Republicans enacted one of the country’s strictest photo ID requirements in 2012, but a court struck it down before it took effect. Currently, voters only have to show ID if they are voting for the first time in a precinct.

The legislation would also overhaul voting before Election Day, including by changing mail ballot deadlines, allowing in-person early voting, and limiting the hours and number of ballot drop boxes.

Many election officials and advocates have called for widening the one-week window between the last day to request a ballot and the Election Day deadline for returning it. That tight window, which doesn’t align with Postal Service standards, currently ensnares thousands of voters who don’t receive ballots in time to vote.

Early in-person voting would be available starting in 2025 under the bill. Counties would be limited to 10 early voting centers, open from 7 a.m. to 8 p.m. for six days until about a week before Election Day. The state would cover half the cost of operating them.

Each county would also be allowed at least one mail ballot drop box and could add one for every 100,000 residents. Each would be monitored and open during limited hours in the seven days before Election Day, with poll workers from both parties who would check voter IDs. Pop-up ballot collection sites, as Philadelphia has done in the last three elections, would be banned.

Republicans last year wanted to ban drop boxes, but the Pennsylvania Supreme Court ruled that state election law allows them. GOP lawmakers said that created inconsistencies between counties that chose to provide voters with drop boxes and those that didn’t.

County elections directors’ other top request has been for time to pre-canvass mail ballots ahead of Election Day. Counting large numbers of mail ballots can take days, as happened last November when the presidential race hinged on the tallying in Philadelphia. On Thursday, a group of county elections directors, commissioners, state lawmakers, advocates, and lawyers — created by the legislature last year to review election-related legislation — recommended counties have up to 14 days to process mail ballots.

Grove’s proposal would require counties to use automated sorting or extracting machines with signature verification capabilities — paid for by the state — to process the mail ballots. Votes can be counted, but totals couldn’t be published until after polls close on Election Day.

“The longer we go without having this in statute,” Northampton County Elections Director Amy Cozze said, “the harder you are making our lives.”

WHILE YOU’RE HERE… If you learned something from this story, pay it forward and become a member of Spotlight PA so someone else can in the future at spotlightpa.org/donate. Spotlight PA is funded by foundations and readers like you who are committed to accountability journalism that gets results 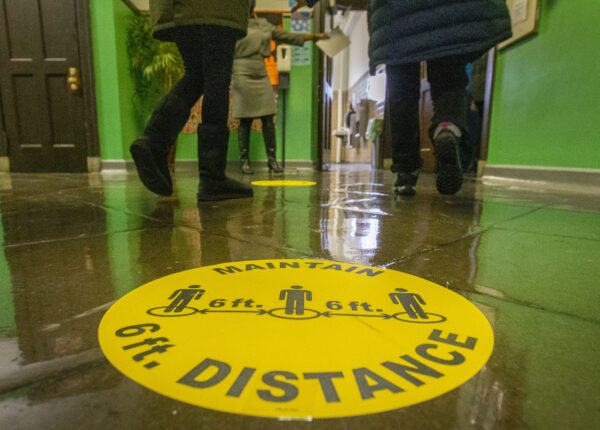 Many Pa. school districts are passing up free coronavirus testing even after a rise in cases 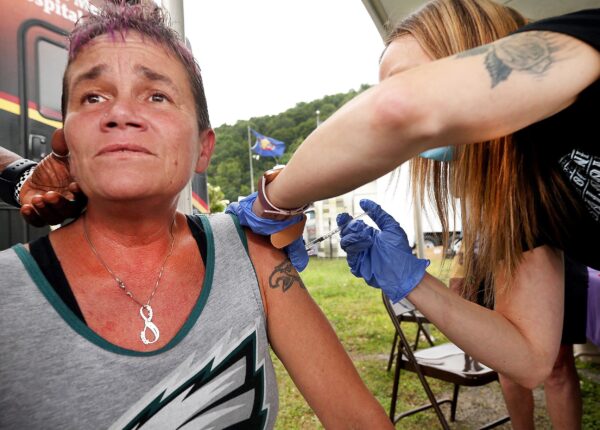