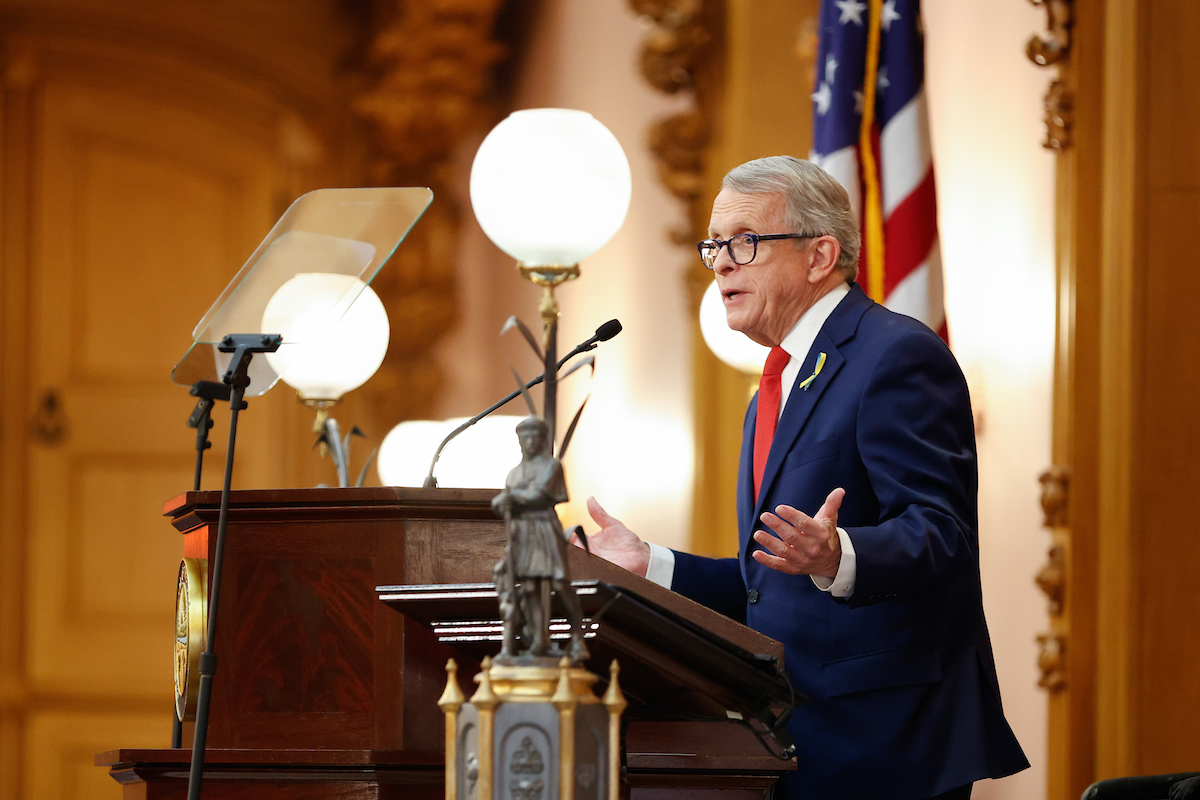 Gov. Mike DeWine during the State of the State address, March 23, 2022, in the House Chamber at the Ohio Statehouse in Columbus, Ohio. // Photo by Graham Stokes, for the Ohio Capital Journal

As he celebrated passage and enactment of severe abortion restrictions in Ohio, Gov. Mike DeWine was lavish in expressing concern for “the most vulnerable among us, those who do not have a voice.”

On June 24, just after the U.S. Supreme Court cleared the way for the abortion restrictions he’d signed into law, DeWine added, “Here in Ohio, we’re doing more than ever to make sure that our youngest, most vulnerable children get the best possible start in life.”

But the governor continues to refuse to acknowledge that the law he signed forces some of those vulnerable children — rape victims, including those with intellectual disabilities — to leave the state if they don’t want to have their rapists’ babies.

DeWine in 2019 signed one of the most restrictive anti-abortion measures in the country. It prohibits abortions after about six weeks — a point at which as many as a third of women don’t know that they’re pregnant.

It also would make the vast majority of abortions that happened before enactment of the law illegal now. In Ohio, more than 70% of women who got abortions in 2019 got them after six weeks of pregnancy, according to the U.S. Centers for Disease Control and Prevention.

Also making the Ohio law restrictive is that while it makes some exceptions to protect the mother’s health, it makes no exceptions for cases of rape and incest, even when the victims are very young or have intellectual disabilities.

Earlier this month — just weeks after the U.S. Supreme Court cleared the way for enforcement of the Ohio law — an Indianapolis doctor reported that a 10-year-old rape victim had come from Ohio for an abortion.

In the aftermath of the report, DeWine wouldn’t address the fact that a law he signed forced the girl and others like her out of state if they don’t want to have their rapists’ babies. All the governor would say is how horrible such a rape is and emphasize that all he knew about the report was what he’d read in the media. 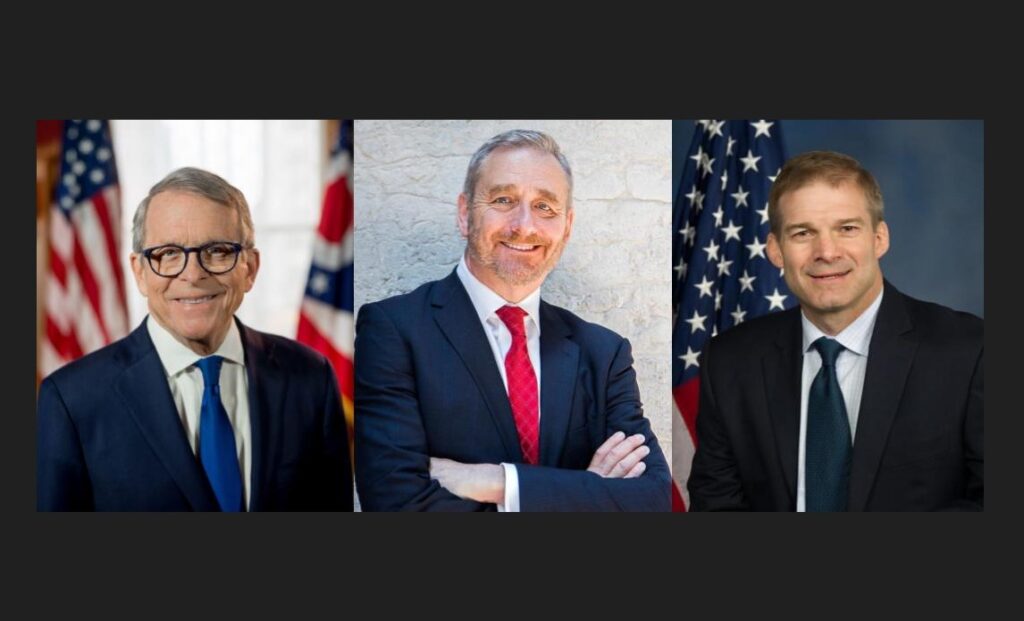 Other Republicans — most notably Attorney General Dave Yost — actively cast doubt on the girl’s existence, throwing out a series of flimsy arguments to support their claims. After he did, U.S. Rep. Jim Jordan took the ball and ran, calling the story about the young rape victim “another lie.“

There were plenty of reasons to know that the story was at least plausible.

The Ohio’s Children’s Advocacy Centers in 2021 saw 6,717 sexual abuse cases with victims ranging in age from 0-18 years old. And in 2020, the most recent year for which statistics are available, 52 girls aged 14 and younger got abortions in Ohio. In addition, just after DeWine signed the Ohio law in 2019, CBS News reported on an Ohio 11-year-old who was pregnant after being repeatedly raped by a 26-year-old.

So for many, it wasn’t much of a surprise when news broke on July 13 that Columbus police had arrested a 27-year-old in the case of the 10-year-old who had to go to Indianapolis for an abortion.

But in the wake of the news, Yost and Jordan haven’t apologized for casting doubt on the girl’s existence and DeWine still hasn’t addressed the fact that the law he signed forces such young girls to leave the state to abort pregnancies. Those trips are sure to become longer and more costly as some neighboring states implement abortion restrictions of their own. That means, of course that they’ll be almost impossible for the poorest kids to make.

Sadly, if a girl has intellectual or developmental disabilities, she’s even more vulnerable to sexual abuse.

“Nationally, one in five women are sexually assaulted,” the Board Resource Center and The Arc’s National Center of Criminal Justice and Disability report. “However, women and girls with intellectual or developmental disabilities are four to 10 times more likely to face sexual assault, with nearly 90% experiencing sexual assault during their lifetime.”

Also making the Ohio law restrictive is that while it makes some exceptions to protect the mother’s health, it makes no exceptions for cases of rape and incest, even when the victims are very young or have intellectual disabilities.

DeWine’s press secretary, Dan Tierney, was asked again last week for the governor’s thoughts on how the law he signed affects some of the most vulnerable populations in Ohio. This time, Tierney was asked whether the governor believes whether those with intellectual disabilities should be forced to have their rapists’ babies.

“Governor DeWine held a public bill signing press conference and gave extended remarks when he signed the Heartbeat Bill,” Tierney replied in an email. “He also gave a statewide address the evening of the Dobbs decision. Our office does not have additional comments beyond those extensive comments.”

A review of those appearances shows that while DeWine spoke extensively about the government’s duty to protect the defenseless, he didn’t say anything about why he thought it was important to make victims of sex crimes carry their pregnancies to term.

Then in a speech last month on the day the U.S. Supreme Court handed down its decision reversing Roe v Wade, DeWine made a statement that might seem hard to square with making disabled children give birth to an attackers’ child.

“Here in Ohio, we’re doing more than ever to make sure that our youngest, most vulnerable children get the best possible start in life,” he said.

Marty Schladen has been a reporter for decades, working in Indiana, Texas and other places before returning to his native Ohio to work at The Columbus Dispatch in 2017. He’s won state and national journalism awards for investigations into utility regulation, public corruption, the environment, prescription drug spending and other matters.