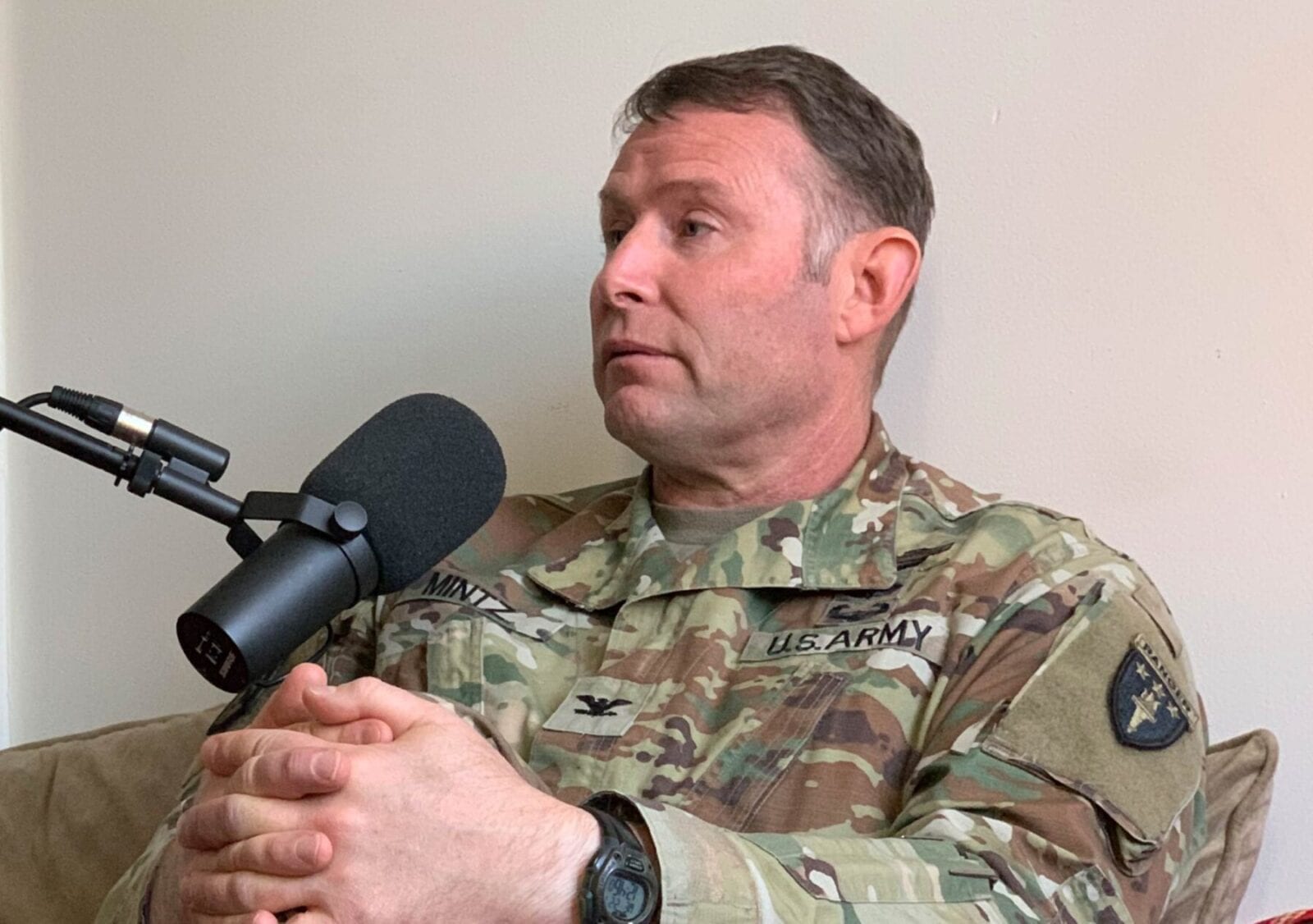 Col. Kenneth Mintz during an interview for the “Truth About War” podcast: “I think there was a lot of debate about how do you go about creating a stable secure, self-sustaining Afghanistan.”

Most of the time, when you encounter a colonel or other high-ranking military figure, you’re treated to a highly polished presentation of success on the battlefield and other award-worthy accomplishments.

But that’s not the case with Col. Kenneth Mintz, a veteran of multiple deployments to Afghanistan and Iraq. Mintz is the kind of officer who is revered by his soldiers, but takes pains not one to brag.

Instead he offers candid assessments on his own leadership and unvarnished opinions about American military strategy, his Afghan National Army counterparts, and his personal philosophy.

The colonel, 50, is now director for strategic leadership at the U.S. Army War College in Carlisle, Pa., spoke with the Postindustrial Audio Network’s “Truth About War” podcast to discuss these and other topics.

Sitting on an ornamental carpet and pillows in his living room — similar in style to many Afghan homes — Mintz spoke of own concerns about how the war in Afghanistan is being fought and whether the United States has a strategy for ending its engagement there.

“I don’t know if we’ve ever created a detailed, requirements document that these are the exact conditions under which we will leave (Afghanistan),” Mintz told “Truth About War” podcast host Nick Grimes, an Army veteran of the Afghanistan war.

“I think there was a lot of debate about how do you go about creating a stable secure, self-sustaining Afghanistan. I think that has always been the goal. But the problem is how to get to that goal. I don’t know if there’s even a solution to that problem.”

While Mintz’s answers are refreshing in their candor about his doubts, I didn’t find them all that surprising.

Year earlier, I talked with him while reporting for USA Today in southern Afghanistan.

In late 2011, I was amazed at the candor with which he spoke about previous setbacks his soldiers faced in a contentious part of Kandahar Province known as Zharay District. 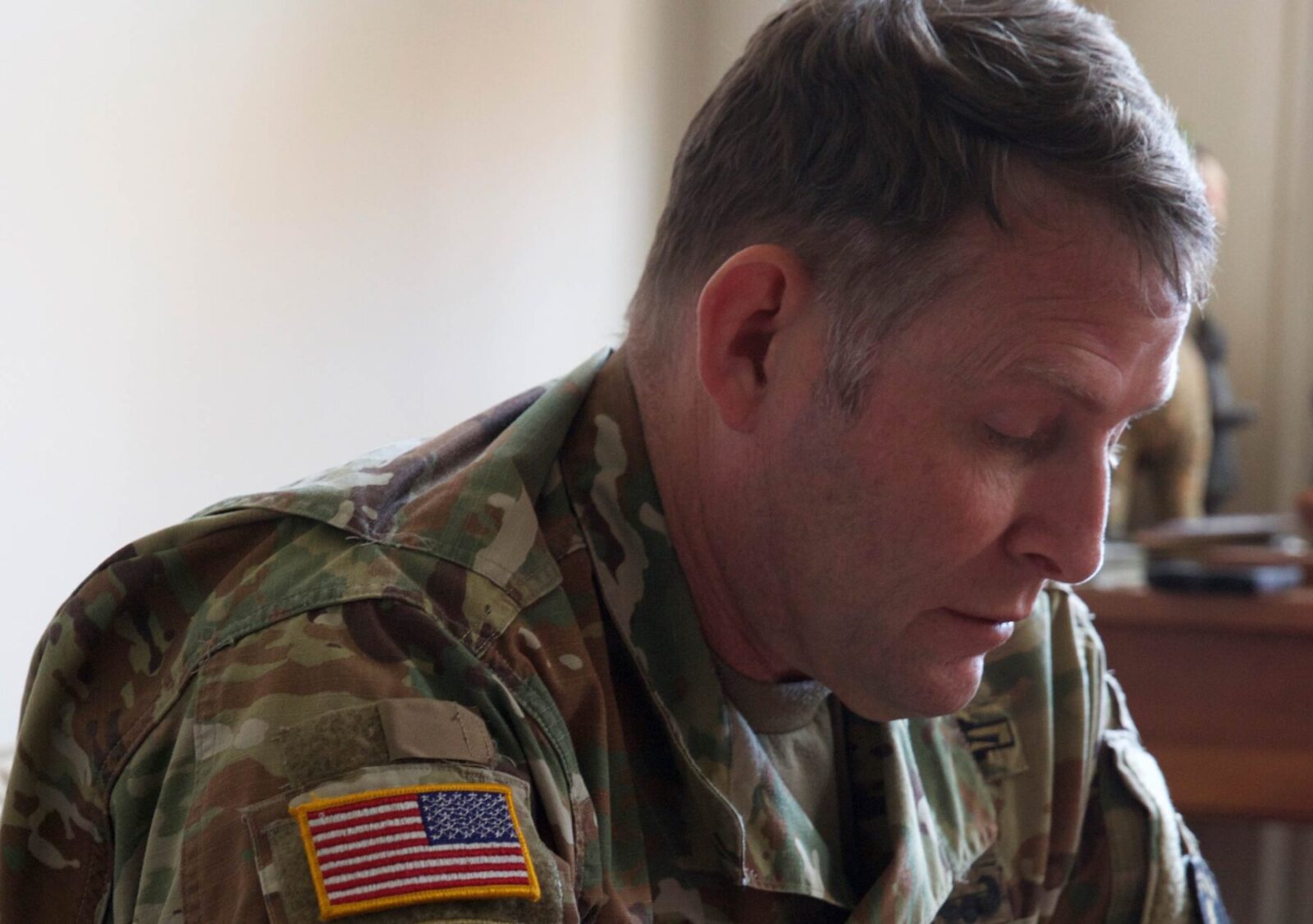 Col. Kenneth Mintz, seen here in his home, reflects upon his deployments to Afghanistan and Iraq.

Zhari is credited with being the birthplace of both the Taliban and its now-deceased founder, the infamous one-eyed Mullah Omar.

The troops that Mintz commanded were tasked with ridding the area of Taliban fighters and establishing some semblance of safety and security with the help of local Afghan policemen and soldiers.

It wasn’t an easy job. Early efforts to take on the enemy cost several soldiers their lives and injured even more.

Mintz told “Truth About War” about how important it was back then to learn from initial failures so that he might better craft a strategy for bringing safety and security to a corner of Kandahar that had long been ruled by the hardline Taliban.

And for a while, it worked. The roads were relatively clear of IEDs and many local men, some of whom had previously fought with the Taliban, joined the ranks of local, on-the-ground security forces known as the Afghan Local Police, a U.S.-UK-sponsored law enforcement agency.

But that was more than seven years ago. And once again, the Taliban has control of much of that region of Afghanistan and large portions of the rest of the country.