Over the past several years, I have conducted research on issues related to race, inclusion and news in several locations throughout the nation. No situation leaves me as frustrated, however, as the one that exists within the Steel City.

To be clear: There is no perfect situation as it pertains to how the media cover Black Americans.  More than 50 years after the Kerner Commision declared that legacy newsrooms painted a picture of Black America “through white men’s eyes” and with a “white perspective,” the nation’s media  continue to struggle with systemic racism.

Black journalists do not feel they have a voice in shaping news coverage.  Black communities do not feel legacy newsrooms will fairly and adequately cover their communities.  And due to cutbacks in newsrooms across the nation, many communities, notably in rural areas within the Rust Belt and elsewhere, simply lack the resources to intervene in an effective manner, even if they wish to do so.  It’s not just the Black community that’s undercovered in such areas.  No one feels the media are doing a good job of keeping them informed on important issues.

The problem in Pittsburgh, however, feels especially bothersome. It’s not that Pittsburgh media are incapable of doing a better job, due to a lack of resources. As noted in a study focused on the news ecosystem of the city, Pittsburgh, with two traditional newspapers, multiple television stations, and a budding digital news presence, has much more in terms of news resources than other places in the nation.

The problem with PIttsburgh is that many of its newsrooms don’t even appear to try to do a better job in dealing with issues of race, even when presented with evidence that they are failing.  This is evident from recent incidents involving the Pittsburgh Post-Gazette and the sidelining of a Black reporter, Alexis Johnson. This is evident from the suspension of KDKA Radio’s conservative commentator Wendy Bell for racially inflammatory language, four years after she was fired by WTAE-TV in PIttsburgh for essentially the same thing.  But these nationally known incidents are just anecdotes in the city’s larger problem surrounding race and media.

(Newsrooms) must find ways to have fruitful conversations with Black communities, in order to build healthy relationships necessary for solid news coverage.

The Pittsburgh media has a problem with stereotyping African-Americans. A study released in April by the Heinz Endowments that focused on coverage of Black men in Pittsburgh media found that nearly 75 percent of stories featuring African-American men were dedicated to just three topics — crime, justice or sports.  What’s worse, this finding is an update of a previous study conducted in 2011. The authors found next to no change in the types of stories featuring Black men between the two studies.

PIttsburgh-area newsrooms are not diverse. As noted in a 2016 study by the Pittsburgh Black Media Federation, only 10% of newsroom workers in the city are people of color. Pittsburgh has a minority population of 35%.

Pittsburgh newsrooms don’t really like talking about issues of race. Additionally, the survey asked participants if they had held any discussion about race within their newsrooms. The answer was a resounding “no.” The survey revealed that not a single newsroom had held any type of newsroom-wide discussion on race during the previous two years.

But Pittsburgh newsrooms should talk about race, because their journalists of color are not happy.  An October 2019 study published by Columbia Journalism Review found that many journalists of color who have worked within Pittsburgh newsrooms feel they have no agency to express concerns over issues of race.  The study, which included interviews with 20 former or current newsroom workers, found that journalists feared retribution for discussing poor coverage, believed they had limited opportunities for promotion, and generally felt they were not included in the social atmosphere of their workplaces.

Issues surrounding race and news in Pittsburgh are broad and significant. But notice that I did not say that the situation was hopeless.

Why? A number of efforts are underway to try to transform how local newsrooms deal with communities of color, notably within some of Pittsburgh’s smaller newsrooms.

A leader in the effort has been PublicSource, a digital-first, hyperlocal nonprofit.

As noted in a recent study published in Journalism Practice, PublicSource, led by former Post-Gazette staffer Mila Sanina, has intensified its outreach to PIttsburgh’s Black community in a variety of ways. First, they have heavily utilized first-person narrative storytelling — or letting local residents write their own pieces — as a means of giving voice to people within the Black community.  Additionally, PublicSource has worked to improve its direct outreach to communities of color, through both community discussions and hiring a community correspondent who is largely dedicated to engagement. PublicSource’s staff has also undergone diversity training.

Lisa Cunningham, editor of Pittsburgh City Paper , has taken proactive steps to start conversations surrounding race and media. In February, City Paper held a forum at the August Wilson Center in Pittsburgh that enabled journalists and artists of color to speak about their experiences with local media.

The event, however, caused as much controversy as conversation. Cunningham had to offer a public apology after it inadvertently listed the Pittsburgh Black Media Federation as a sponsor — the group was not — and mislabeled speakers’ names in a video of the event.

Despite those missteps, Cunningham said she feels the event — which was supported by City Paper and PublicSource following a pitch from local African-American artist Tara Faye — was a step toward reaching out to communities of color and starting a necessary conversation about racism in the news media.

“There were things I wish I could have done differently, looking back, but I hope we made the first steps and it’s something that I want to continue and improve In the future,” Cunningham said.

City Paper has also aggressively covered issues related to the Black Lives Matter movement in PIttsburgh, much like its competitor, the Pittsburgh Current.

Led by Charlie Dietch, the Current has a significant lack of diversity: None of its staff members are people of color.  In speaking about that lack of diversity, however, Dietch was reflexive.  He said he was hesitant to reach out to people who could help him deal with issues related to race, such as the leadership team of the Pittsburgh Black Media Federation.

“I didn’t want to be the white guy who called up and said, ‘Hey, I have a story and I need a Black journalist. To me that seemed egregious,’” he said. “But not doing it and not trying to find journalists of color is just as if not more egregious here. So there has to be active recruiting.”

Based on this ongoing issue, he hopes to find ways to create a pipeline of diverse talent for his newsroom in Pittsburgh.

In the Journalism Practice piece, PublicSource was also aware of its diversity problem. In the past year, the newsroom has hired two additional Black staff members.

These three newsrooms — despite their efforts — are not the Post-Gazette, WTAE-TV or KDKA Radio in terms of size, scale or influence. And the newsrooms’ ongoing inability to grapple with both internal and external issues related to race have cast a negative shadow upon a city that has been on the wrong side of stories related to race for the past year. Now more than ever, newsrooms in Pittsburgh need to make a concerted effort to change how they interact  with communities of color.

But If legacy newsrooms ever expect to build trust with communities of color, effectively reach out to Black communities, and have difficult conversations around race, they must begin by acknowledging the problem. They must start the process of trusting and engaging people of color within their own newsrooms. And they must find ways to have fruitful conversations with Black communities, in order to build healthy relationships necessary for solid news coverage.

“They need to be in these communities. Their staff needs to be people from these communities,” said Tara Faye, the artist who pitched and helped organize the February panel with Black media professionals.  “They need to cultivate organic relationships so that, you know, they’re not covering things as a spectator . . .  you can’t eliminate any bias if you’re just a spectator.” 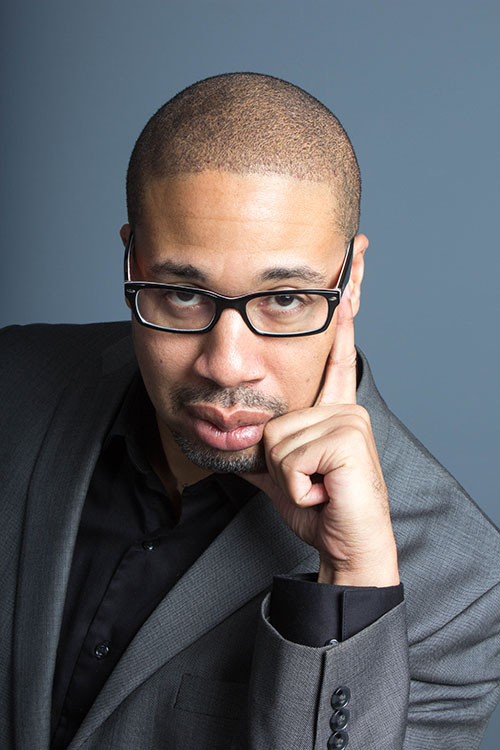 Letrell Deshan Crittenden is a program director and communications professor at Thomas Jefferson University in Philadelphia. He previously served as assistant professor of communication at Robert Morris University in Pittsburgh. A former police and government reporter, his research focuses on journalism history, diversity in the media, and community journalism. He has provided citizen journalism training to high school students in the Philadelphia and Pittsburgh areas.  He has also led efforts with the Pittsburgh Black Media Federation to study diversity and inclusion issues related to Pittsburgh-area media. 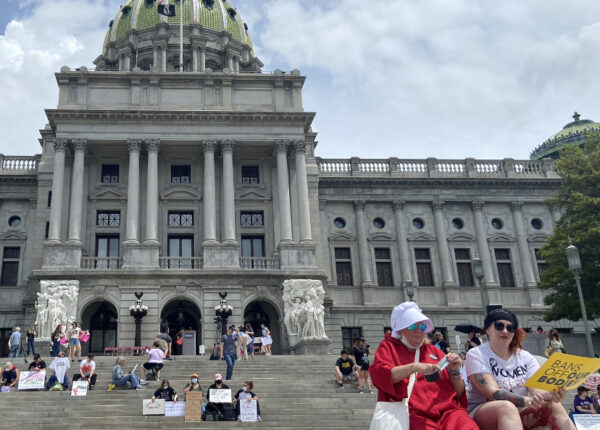 These are the reproductive health bills currently before Pa.’s General Assembly 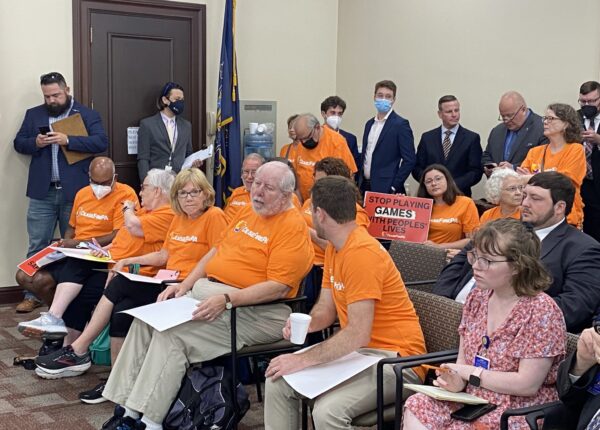