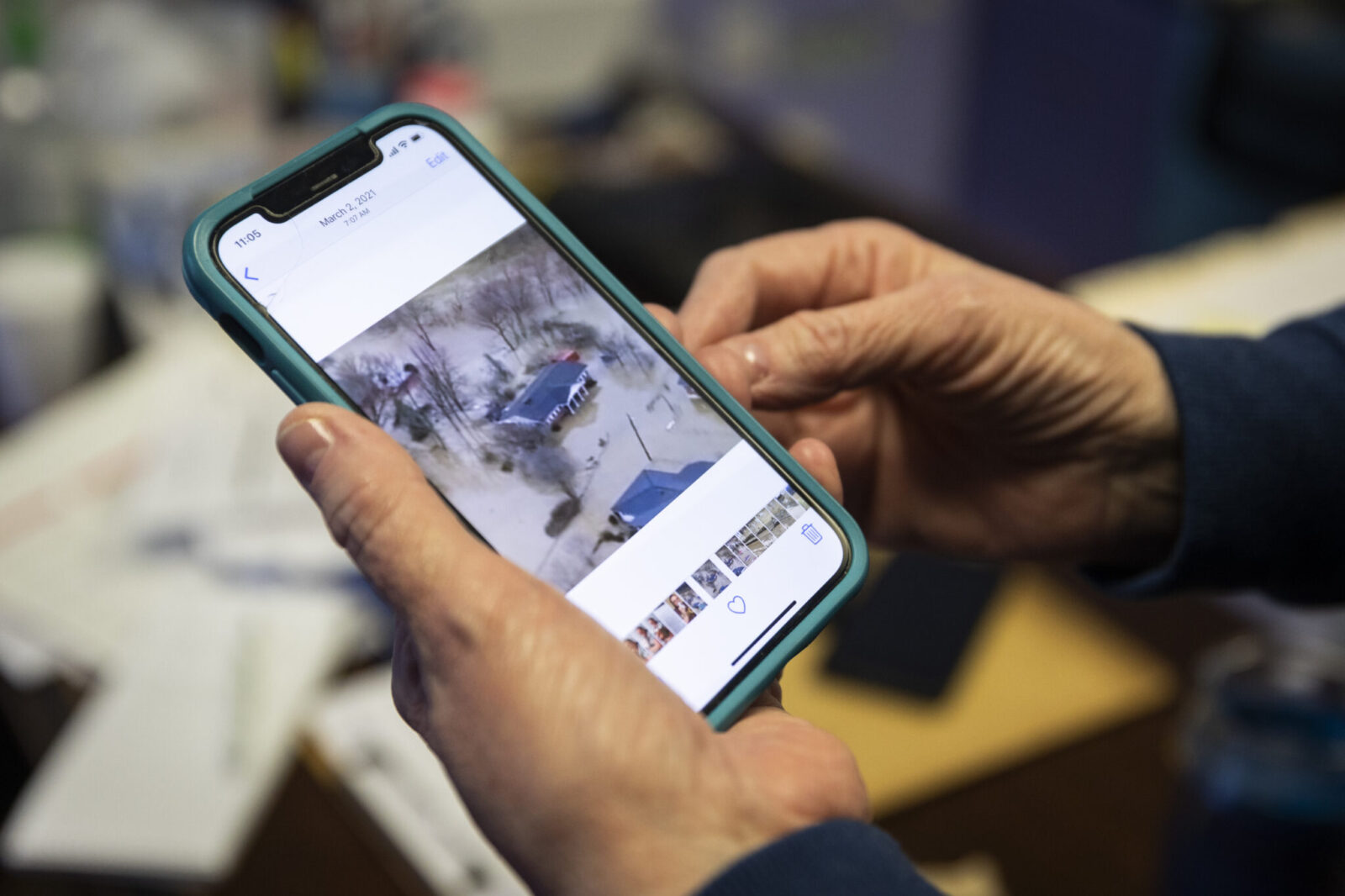 Nancy Herald shows a photo of her home during the March 2021 flood in Jackson, photographed on Dec. 19. // Kentucky Lantern photo by Arden Barnes

The plea from many in Breathitt County going into hard winter is, they told the Kentucky Lantern: Don’t forget about us. And: there are still many needs, including permanent housing.

Over four days from July 26 to July 30, 2022, 6 to 16 inches of rain fell, according to the National Weather Service. The “incredible rainfall also led to significant rises and flooding on many rivers,” NWS reported.

The result was homes underwater, cars washed away, buildings flipped and people killed.

That weather event came a little more than a year after floods in 2021 devastated the same region, the worst flooding there in some 50 years.

In the weeks after the disaster, donations poured into the region—clothes, food, volunteers to muck out damaged homes. Now, as survivors focus on rebuilding, they still need help.

“The first thing I say when anybody asks (what people need) is: gift cards and money,” said Justina Salyers, who is from River Caney. “And the reason I say that is because they’re spending all their money on fixing their homes. So, they’re buying drywall, they’re buying furniture, they’re buying flooring. So the biggest thing that I see that I can give them, and they’re not overloaded with, is money, and they can go out and buy groceries or whatever they need.”

Others said there’s a need for building and construction supplies, food and financial planners to come in and help people sort through their money situations. 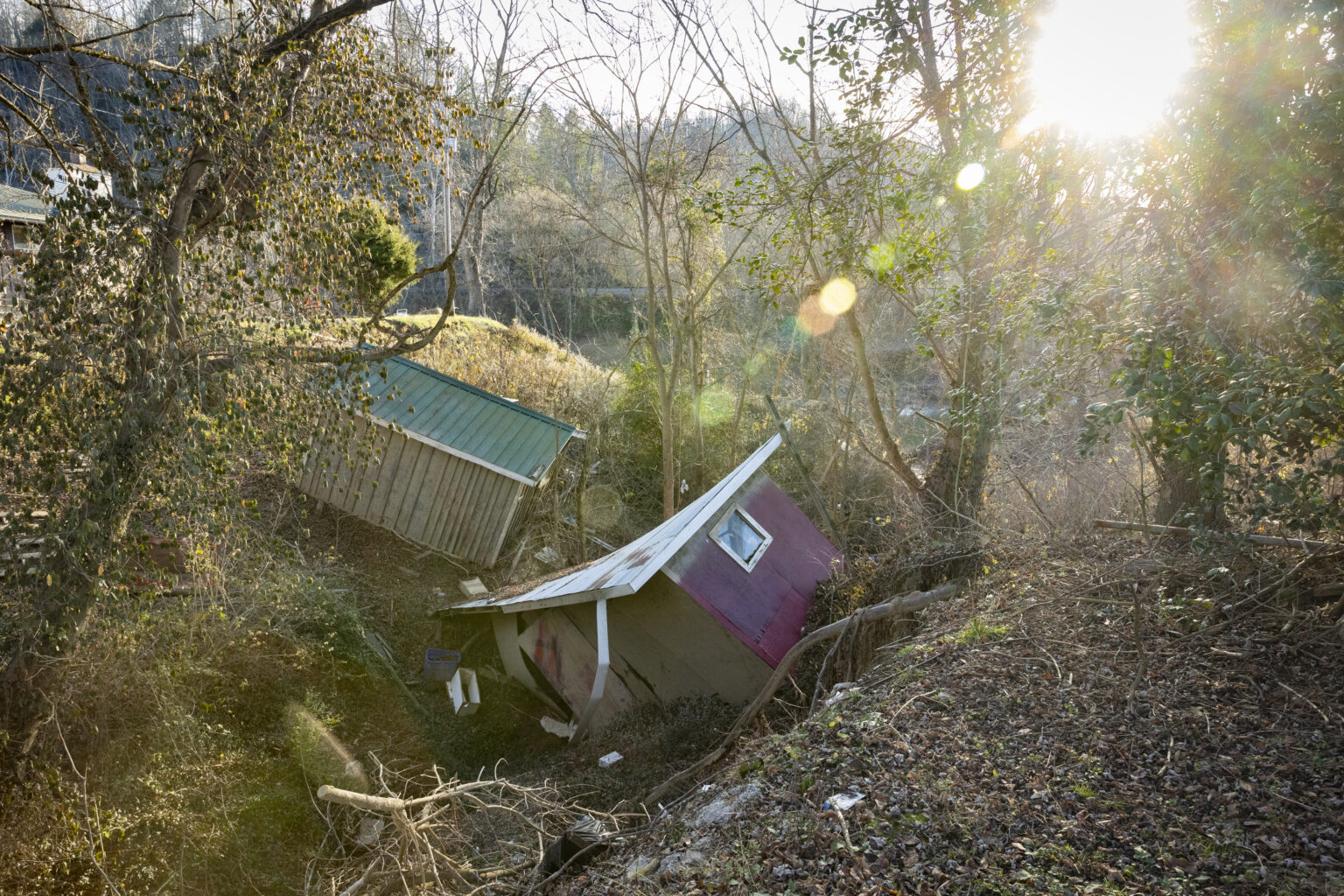 Damaged sheds and debris from the July 2022 flood line the creek behind Nancy Herald’s home in Jackson on Dec. 19. // Photo for Kentucky Lantern by Arden Barnes

“They’ve had a lot of wonderful toy drives and coat drives, but I feel like people really need help with housing,” said Jackson Mayor Laura Thomas. “Whether that’s helping with a rebuild, or helping them get rental assistance or helping them get…into more permanent housing.”

In the nearby Knott-Perry county line in Talcum, Gov. Andy Beshear announced in late December, 75 acres–with the possibility of 300–has been conveyed for a new community on higher ground that could mean “dozens upon dozens” of houses outside the floodplains. 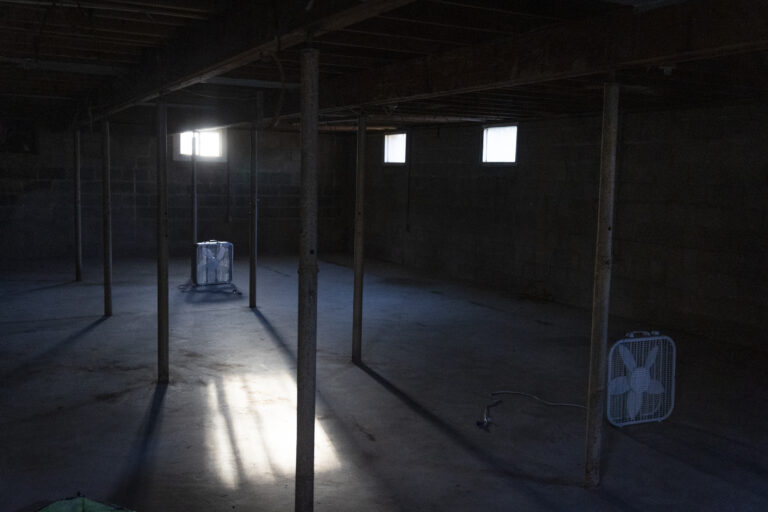 The basement of Nancy Herald’s home in Jackson, Kentucky on December 19, 2022. Her family flooded both in 2021 and 2022. // Photo for Kentucky Lantern by Arden Barnes

Even when people get into permanent housing, Thomas said, “then they’re going to need household supplies…and people need food. We’ve had…kids that have participated in Shop with a Cop that wanted to buy food.”

Jackson woman Carolyn Combs said the bottom line is: people need everything because they’ve lost everything.

“Everything that I’ve had the last 15 years of my life is gone,” she said.  “If there’s nothing that (people) can do when it comes to…physically donating something, we could always use prayers. If it hadn’t been for prayers, and just God working through people…we would have never made it this far.”

Some said they felt abandoned as some organizations moved on from Eastern Kentucky to the next big disaster. 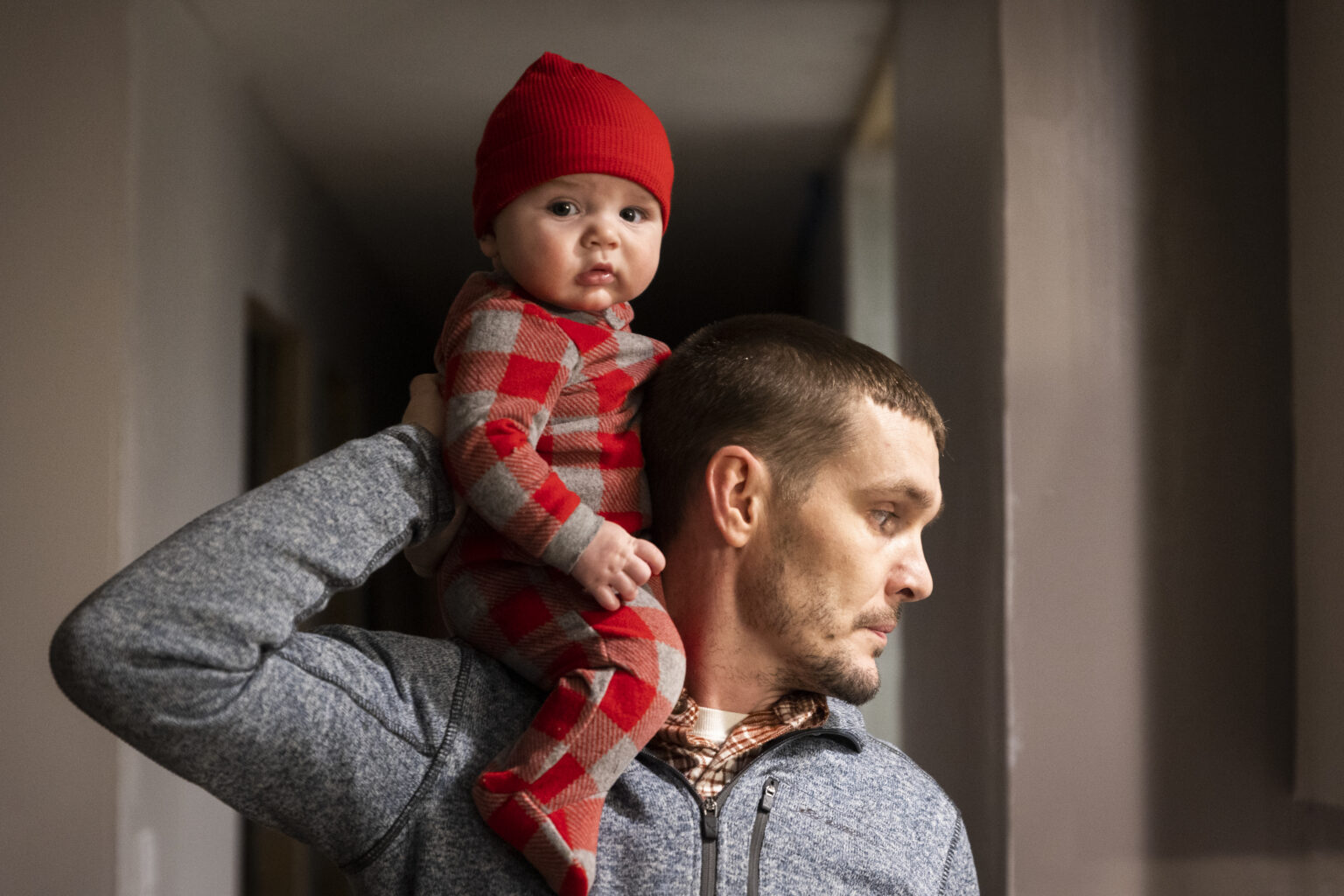 River Slade Dunn, held by his father, Dexter, in their home in Jackson on Dec. 19. River’s mother was more than eight months pregnant with him during the July 2022 flood, which damaged his family’s home. // Photo for Kentucky Lantern by Arden Barnes

“There’s other disasters,” Marine and Jackson resident Dexter Dunn told the Lantern. “You got Florida down there. You got the wildfires out west. That’s all it takes. You look at Western Kentucky…they had the tornadoes.”

Dunn swung his son in his arms as he spoke while he cooed and smiled. Baby River Slade got his name because his momma waded through flood water when she was eight months pregnant with him.

“We knew given the next national disaster or whatever that it would just fall to the wayside,” Dunn said of the area. “You know, nobody would be here to help…It just doesn’t end after the trucks leave.”

Many Eastern Kentucky flood survivors say the recovery would go much slower without local nonprofits that have stepped up and provided furniture, food and other items to folks in need.

You can help Eastern Kentucky flood survivors by donating online to such organizations as: 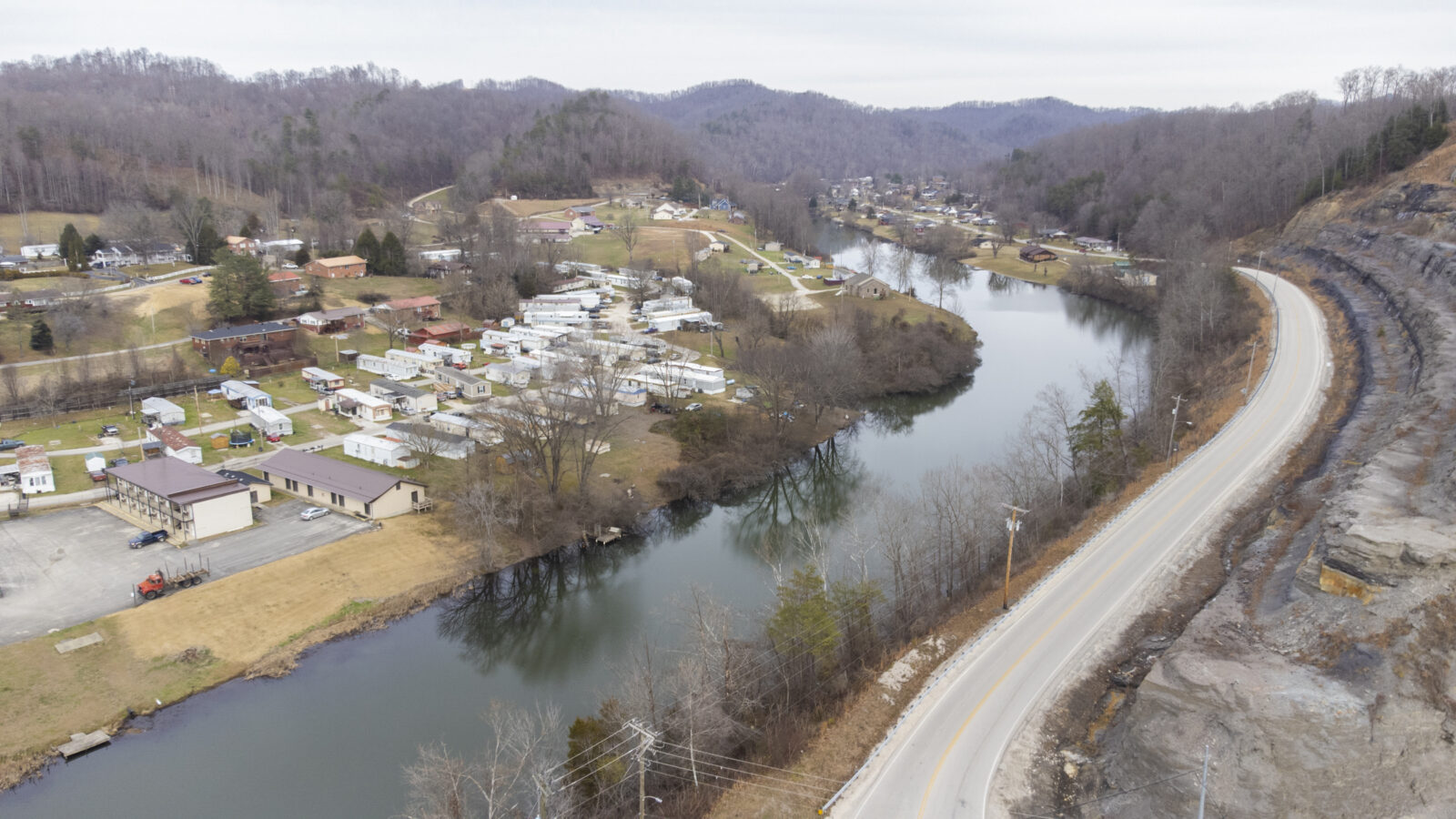 Sarah Ladd is a Louisville-based journalist and Kentuckian. She has covered everything from crime to higher education. In 2020, she started reporting on the COVID-19 pandemic and has covered health ever since.

The Kentucky Lantern is an independent, nonpartisan, free news service.

We’re based in Frankfort a short walk from the Capitol, but all of Kentucky is our beat.

We focus on how decisions made in the marble halls of power ripple through the lives of Kentuckians. We bring attention to injustices and hold institutions and officials accountable. We tell the stories of Kentuckians who are making a difference and shine a light on what’s working. Our journalism is aimed at building a fairer, healthier Kentucky for all.