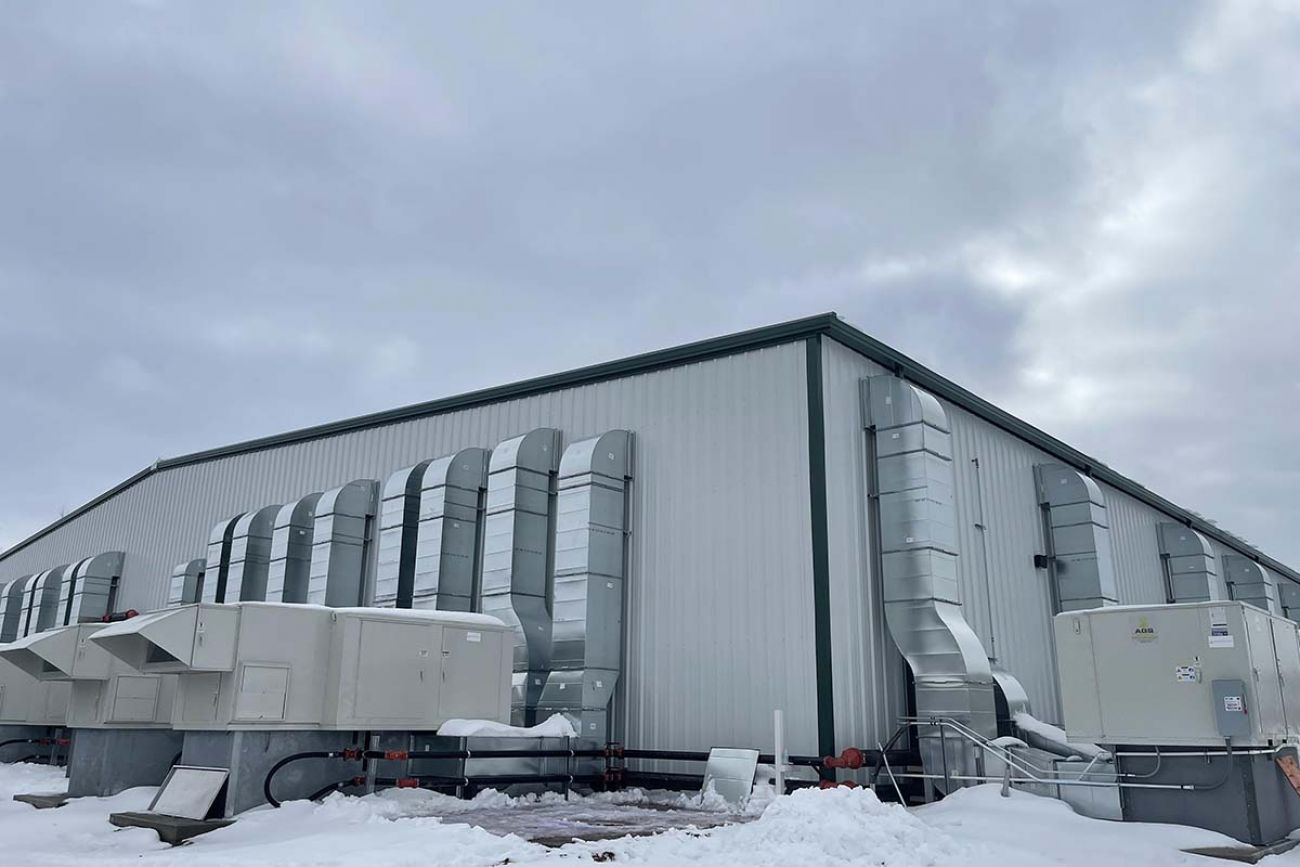 The Village of Lawrence had a population of 1,029 in 2019. The small town became home to Michigan’s largest marijuana growing facility when it opened in March. // Bridge photo by Zahra Ahmad

LAWRENCE — This tiny village in southwest Michigan is home to 300 families, a proud farming history and an annual ox roast festival— and most recently, the state’s largest marijuana farm.

The operation known as 305 Farms is licensed to grow up to 80,000 plants a year in a 350,000 square foot facility that will be more than double the average size of a Walmart. This comes at a time when the state’s saturated marijuana market is stabilizing, and many investors view small towns as the best way to grow the billion-dollar industry.

The farm is stirring mixed feelings in the tight-knit Van Buren County community with six stores and one restaurant. But the $100 million facility from a Florida-based company promises good-paying jobs, annual revenue for the village and a viable plan for vacant land.

At the town’s only gas station, Rachel Christie has talked to neighbors for 15 years as they buy snacks and fill up their tanks.

A marijuana farm isn’t vital to Lawrence, Christie said, adding she’d rather see a grocery store than another marijuana facility. Two dispensaries opened in Lawrence over the past five years.

“These marijuana shops are popping up like lemonade stands,” Christie said. “It would be nice if the revenue from it helped open up something beneficial to Lawrence, like a grocery store. You have to go out of town to buy a head of lettuce.”

Lawrence is one of 120 municipalities statewide to allow and create regulations for recreational marijuana after voters approved it in 2018.  But nearly 80 percent of communities, 1,400 of 1,773, have opted out of law and prohibit the establishments, according to the Michigan Marijuana Regulatory Agency. 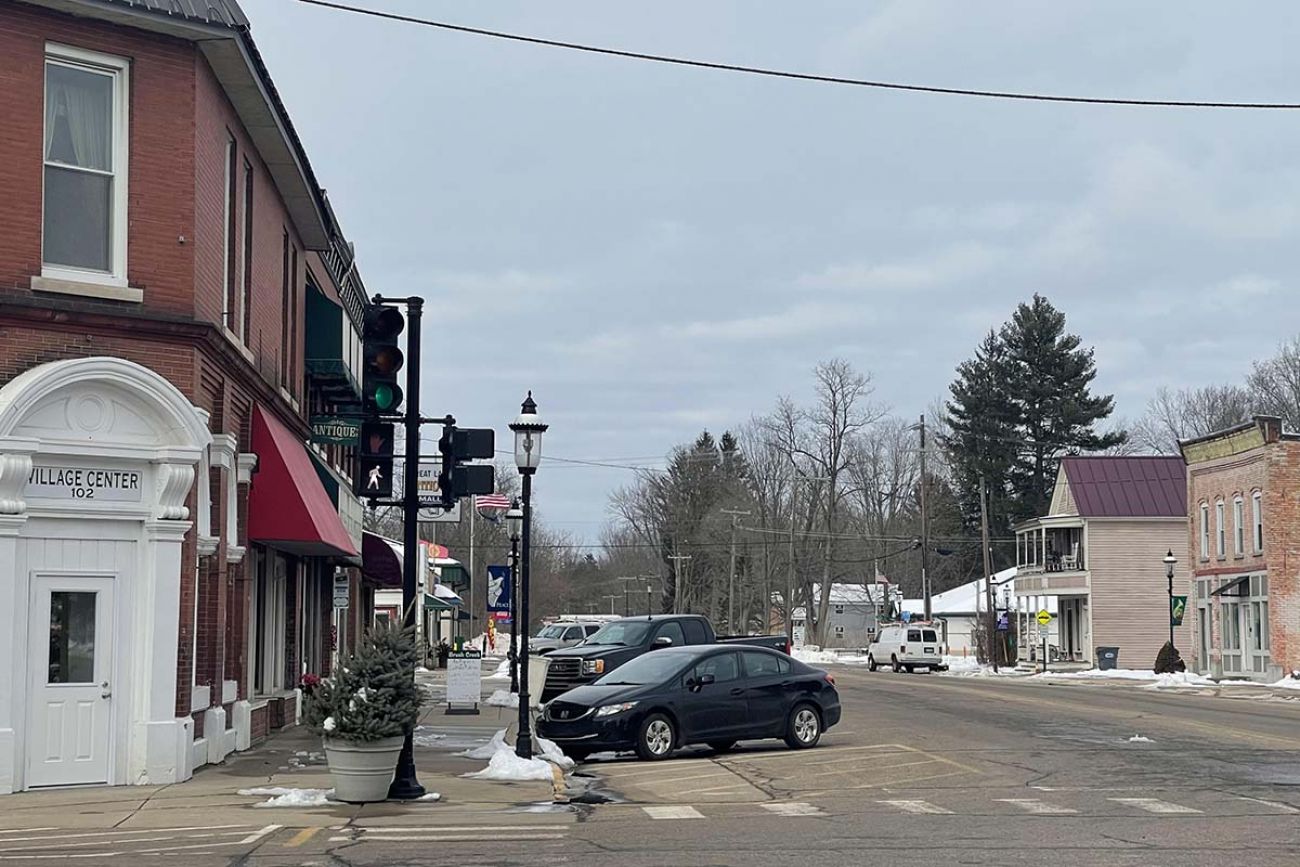 The Village of Lawrence had a population of 1,029 in 2019. The small town will be home to Michigan's largest marijuana growing facility when it opens in March 2022. // Bridge photo by Zahra Ahmad

The state’s marijuana market has grown to $3 billion and the industry grossed $1.8 billion in sales in 2021, but “we’re reaching a period of more stability where we won’t see such an increase in growth,” said Andrew Brisbo, executive director of the state agency.

Michigan is one of 18 states where marijuana is legal, and it’s attractive to out-of-state investors because it’s regulated to allow a free market, Brisbo said. Prices are set by unrestricted competition between private business owners.

“Michigan’s the land of opportunity for cannabis,” Brisbo said.

Donald Hanson, a Van Buren County commissioner who represents Lawrence, said the 40-acre site for 305 Farms was intended for a large housing development that residents welcomed. Like many ventures proposed in Lawrence, that fell through, Hanson said.

“There wasn’t much of a choice,” Hanson said. “The big homes and the stores that they wanted didn’t come through. The marijuana people had the money and they needed that money. But at least this is some progress.”

According to Hanson, the farm is giving Lawrence the money it needs to pay debts, like a bond it took out to build a new water tower. In a February statement, Lawrence Village President David Quick said revenue from the farm is funding much-needed programs and projects.

Quick did not respond to multiple requests for comment from Bridge Michigan.

So far, 305 Farms has paid Lawrence $141,000 in reservation and licensing fees, an amount that will increase to $200,000 annually when the facility is finished.

That’s nearly double the amount of revenue the village currently earns from taxes and licenses. 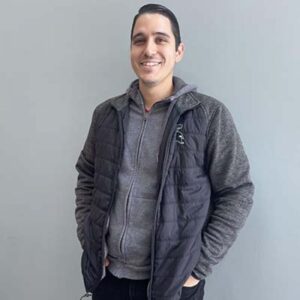 Matt Peon, 305 Farms CEO, said he will hire 200 people locally over the next 36 months to work at the farm for $20 an hour with paid vacation and benefits.

The state will earn $2 million in annual licensing fees for the campus and any of the company’s recreational products are subject to a 10 percent state excise tax.

Peon said his company designed an ordinance that allows an operator of their size to access a pool of licenses that lets them produce thousands of pounds of marijuana.

“It speaks to the magnitude of what we are trying to create out here,” Peon said. “It was a real blessing that we found Lawrence.”

The operation plans to cultivate and process marijuana on a campus that Peon said will “revolutionize the industry in both size and technology.” The first phase includes a 44,000 square feet of cultivation rooms and a 16,000 square-foot operations center, with room for trimming, processing, commercial kitchens and a warehouse. Other plans call for more buildings.

“In the end, the campus will comprise over 300,000 square feet of plant-canopy, completely lit by LEDs (lights),” said Mikkael Jettere the company’s vice president of horticulture.

Peon, a Florida native from Miami, said executing a farm like his in Florida is nearly impossible because the state only issues seven licenses a year. Those licenses are typically sold to long-time Florida farmers.

The operation plans to cultivate and process marijuana on a campus that Peon said will “revolutionize the industry in both size and technology.”

In Lawrence, his operation was able to stack 40 Class-C cultivation licenses and two cannabis processing licenses onto a single site.

The project comes as people’s opinions on cannabis in Michigan are shifting faster than in other states.

According to one study, one in nine Michiganders report using marijuana at least once a month, a percentage that grew 60 percent over a 14-year period.

Peon said Lawrence residents had some reservations initially because the area is conservative. Residents shared concerns about whether the farm would increase crime or traffic, and whether the village’s aging water system could support it.

The company responded by hiring around-the-clock security and offering to seclude the facility with a 40-foot tree fortress.

Peon said the farm runs on a water treatment system that recycles 95 percent of all its wastewater and its power plant of natural gas generators that supply almost half of its electricity needs.

Nicole Hunt, who has lived in Lawrence for 15 years, is among the residents who were initially concerned about the marijuana farm. But she said she’s come to accept it after researching the proposal, she said.

“That is one thing I am really for because Lawrence, being such a small village, needs all the help it can get with revenue,” Hunt said.

Bridge Michigan is a nonprofit, nonpartisan news organization that provides passionate and rooted Michigan readers with honest, fact-driven journalism on the state’s diverse people, politics, and economy. We serve as your watchdog on the biggest issues impacting your daily life, giving you insightful coverage you can’t get anywhere else. Receive Bridge in your inbox for free by subscribing here.