Southwest Nu-Stop and New Journeys in Recovery were both named by The Inquirer in a 2017 story that found people who ran recovery homes stripped people with substance use disorder of basic rights, told them which treatment facilities to attend, and threatened them with eviction if they didn’t comply. The people who ran those recovery homes would then receive illegal, under-the-table payments of hundreds of dollars per person monthly, while the addiction treatment facilities billed the government for clients’ care.

That story and others like it, a grand jury report made public by Attorney General Josh Shapiro on Thursday states, launched an audit by Community Behavioral Health, a nonprofit contracted by Philadelphia to manage behavioral health services for Medicaid recipients, which uncovered other problems. Southwest Nu-Stop Philadelphia Inc. and owner Lloyd Reid are now charged with Medicaid fraud. So is New Journeys in Recovery and its owner, Lawrence Gallagher.

Both Southwest Nu-Stop and New Journeys in Recovery are among roughly 800 addiction treatment facilities licensed by the Pennsylvania Department of Drug and Alcohol Programs. Before this week, members of the public who turned to the state agency would have had limited ways to know about the alleged problems.

As of Friday, the department’s website listed both Southwest Nu-Stop and New Journeys in Recovery as open with a full license, and a spokesperson said it had not disciplined either facility in recent years.

“I know we’re not providing the public with the information that they need to make the right choices in terms of treatment and facilities,” state Sen. Judy Schwank (D., Berks) told Spotlight PA.

A recent Spotlight PA/KHN investigation found the Department of Drug and Alcohol Programs lacks resources and regulatory power, uses an inherently flawed oversight system that does little to ensure high-quality or effective care, and rarely takes strong disciplinary action against facilities. It has also allowed providers to continue operating despite repeated violations and harm to clients.

In recent months, some lawmakers have spoken in favor of giving the department more power. In early May, two lawmakers signed onto a stalled proposal from Schwank to allow the department to charge licensing fees. The same month, state Sen. Mario Scavello (R., Monroe) — citing reporting from Spotlight PA and KHN — asked fellow lawmakers to sponsor legislation allowing the department to fine treatment providers for violations.

Scavello said the recent criminal charges should be a wake-up call to other lawmakers.

“This could have been avoided if you had the fines in place because that’s how you get people to stop,” Scavello said. “When it hits them in their pocketbook, that’s when they’re going to realize.”

People who answered the phones at Southwest on Thursday and Friday declined to comment. Messages left on a voice mail for New Journeys on Thursday and Friday were not returned. No attorney was listed in either of the online criminal dockets for Reid or Gallagher. In a recorded interview that was heard by the grand jury, Reid acknowledged that he had been paying recovery homes in exchange for providing patients, but he considered it a public service.

The Department of Drug and Alcohol Programs said the type of alleged wrongdoing identified by the grand jury does not fall under the scope of its licensing regulations. Spokesperson Stephany Dugan said the allegations are “not something that we would have been checking for compliance with during inspections,” and that many other factors are at play to ensure people receive quality care.

In annual and unannounced inspections prompted by complaints, the Department of Drug and Alcohol Programs checks that clients’ rights are protected, facilities have enough employees, and services provided to clients are properly documented.

If facilities don’t meet the state’s standards, the department can issue a provisional license — a designation indicating the provider will be inspected more frequently until it resolves concerns. Pennsylvania code spells out that a facility with such a license can’t have deficiencies that “adversely alter the health, welfare, or safety of the facility’s clients.”

The department can also force a facility to serve fewer patients, which it rarely does, or it can revoke a license. But as of early April, it had done so just once in nearly a decade.

Neither Southwest nor New Journeys were forced to operate under a provisional license between 2012 to late 2020, state records previously obtained by Spotlight PA and KHN show.

But the grand jury report found clients at the facilities “received substandard” and “poor quality” treatment. In a statement, Shapiro said the owners charged in the case “jeopardized the lives of their clients to make a buck.”

The Department of Drug and Alcohol Programs was not involved in the grand jury investigation, according to Shapiro’s office. Instead, the grand jury report said its investigation built off the work of the audit by Community Behavioral Health related to Medicaid payments.

In January 2020, a Southwest client fatally overdosed while at the treatment facility, according to the report, and employees did not have Narcan, a drug that can reverse the effects of an overdose, immediately available.

One of Southwest’s former clinical supervisors told the grand jury that workers packed clients into overcrowded group therapy sessions with 25 to 30 people. Southwest employees regularly cut corners on paperwork and failed to complete patient records because of their high caseload, a former therapist said in an interview that was played for the grand jury.

“Unable to keep real records on each individual patient, therapists had to just make it up,” the grand jury said.

Overworked staff with high caseloads and other issues identified by the grand jury are not unique to the facilities named in the report.

In interviews with Spotlight PA/KHN, a dozen former employees and nearly a dozen current and former clients at another Philadelphia addiction treatment provider — SOAR — complained about poor hiring practices and chronic understaffing as just two symptoms of their much larger concerns. State licensing inspections were announced ahead of time, causing a rush by SOAR employees in the days before a site visit to complete treatment plans, counseling notes, and other required paperwork, former clients and employees said.

One former counselor who was fired said a senior SOAR administrator instructed him to make up counseling notes for clients who had gone weeks without an assigned therapist.

None of the violations mention the fatal overdose at the facility in January 2020, which the recently released grand jury report describes. The department did cite Southwest in March 2017 for not reporting the death of a client, although the inspection report doesn’t indicate where the death occurred. A plan of correction noted the client died of an overdose.

At New Journeys, state records show the most recent inspection made public — conducted off-site in August 2020 because of the coronavirus — found no violations.

A Pennsylvania auditor general report in 2017 recommended giving the state the power to charge fees and fines to encourage compliance and improve patient safety, but the idea hasn’t gone far in the legislature. Providers have warned the proposals would overburden already underfunded facilities.

Schwank said she hopes the state Senate Health and Human Services Committee takes a deeper look at the Department of Drug and Alcohol Programs oversight powers this summer.

“Maybe the whole inspection process needs to be reviewed and changed,” Schwank said.

Among the groups that have pushed back against fines and fees is the Rehabilitation and Community Providers Association, an organization whose members include drug and alcohol treatment providers. Southwest and New Journeys aren’t members of the association.

“No one would argue that these providers shouldn’t be punished. Their actions are among the most egregious,” Jason Snyder, director of the group’s drug and alcohol division, said in an email.

But he said those are rare examples and the allegations against Southwest and New Journeys don’t represent the entire treatment system.

“There are other ways to better oversee a system that is chronically underfunded, including ensuring DDAP does what it is empowered to do with the resources it currently has,” he said. 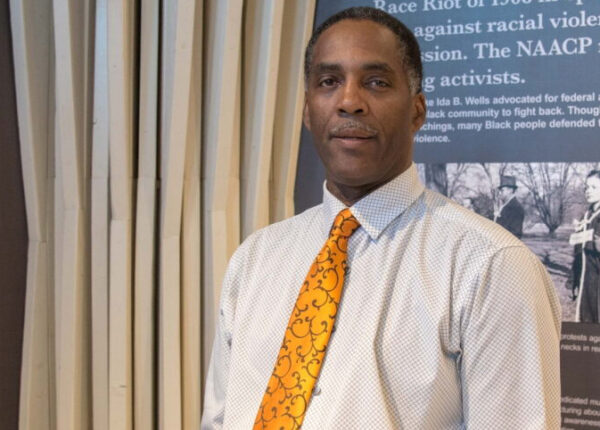 A national debt: Should government compensate for slavery and racism?

By Will Cioci, WisconsinWatch.org