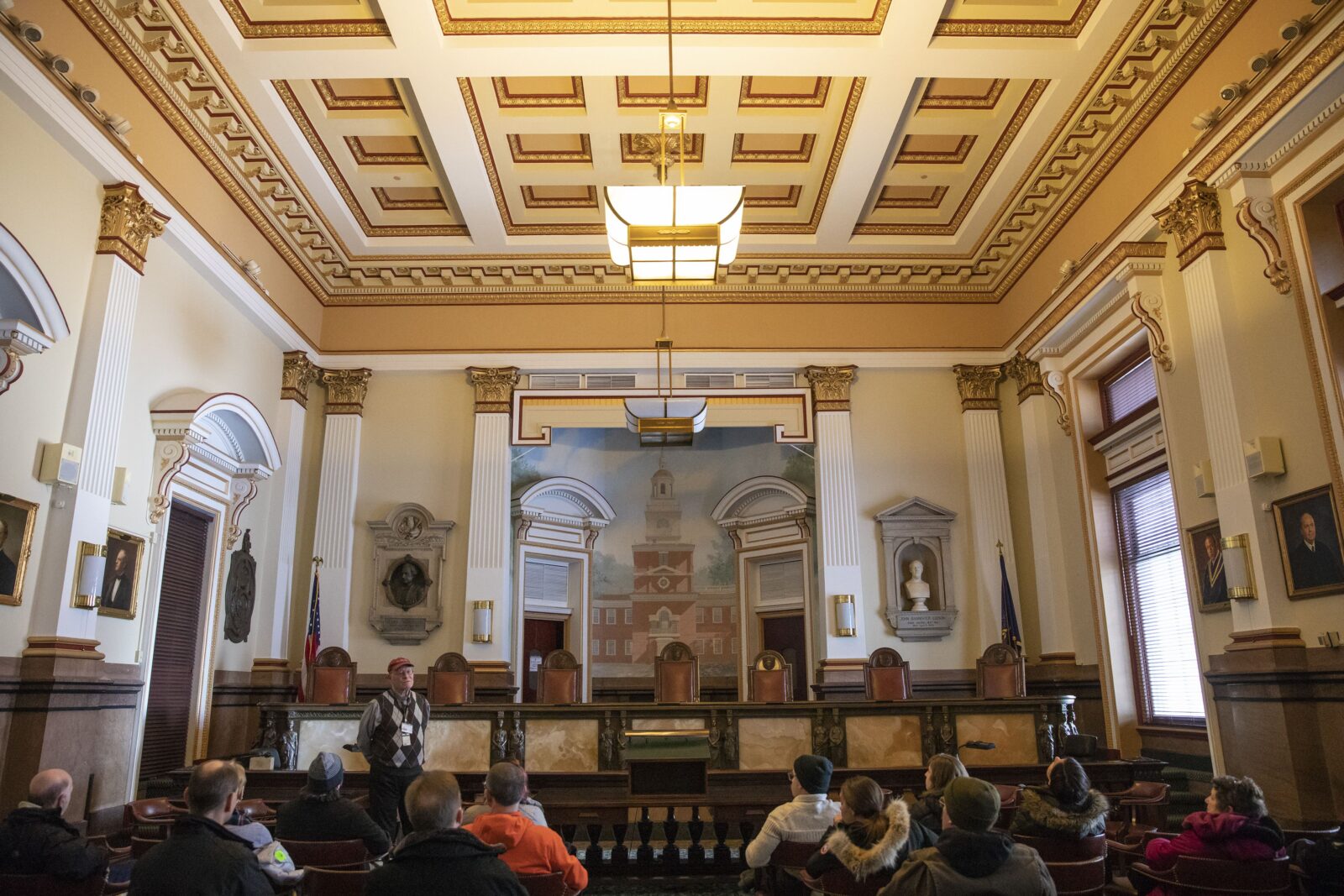 The Supreme Court of Pennsylvania’s ruling in Commonwealth v. Jquan Humphrey cleared the way for judges to dismiss charges against defendants who would never be competent to participate in their own trial. // Heather Khalifa / Philadelphia Inquirer via Spotlight PA

This story is a collaboration between Spotlight PA and the Pittsburgh Institute for Nonprofit Journalism. Sign up for Spotlight PA’s free newsletters.

HARRISBURG — The Supreme Court of Pennsylvania has corrected a decades-old flaw in state law that left severely mentally ill people behind bars indefinitely, and highlighted lingering problems for the man at the center of the case, and others like him.

The court’s September ruling in Commonwealth v. Jquan Humphrey cleared the way for judges to dismiss charges against defendants who would never be deemed competent to participate in their own trial, a longstanding point of confusion in state law.

Humphrey has been in prison in Pennsylvania since 2009 when, at age 16, he shot and seriously injured two people.

About five years into his sentence, he allegedly threw a bag of urine that hit a guard at a state prison in Centre County. Two months later, he allegedly spit on another guard.

A Centre County prosecutor pressed charges, but in 2019, Centre County Court of Common Pleas Judge Brian Marshall found that Humphrey suffered from longstanding and serious mental health issues. He ruled that Humphrey was not competent to stand trial, and in February 2022, he dismissed the charges.

Pennsylvania’s Mental Health Procedures Act of 1976 protects people who may be “incompetent” to stand trial from participating in a legal process that they cannot understand.

It requires the court to determine whether with treatment, those people can regain their competency and resume their case.

But the law, which legislators passed nearly 50 years ago and have not significantly updated, gives ambiguous instructions for what to do when someone is not competent and for varying reasons never will be. That lack of clarity creates special problems for people with intellectual disabilities, brain injuries, or cognitive conditions such as dementia.

Taken together, these issues with the law left people who have severe, incurable mental conditions effectively trapped behind bars, endlessly awaiting a trial they could never participate in.

Asked to solve the problem in 1988, the state Superior Court at the time said that despite the “pointlessness” of reinstating charges against someone who “will most likely never stand trial,” the wording of the law forced them to do so.

In Humphrey’s case, the Centre County prosecutor appealed the judge’s decision to drop the charges to the Superior Court. The court reinstated the charges, citing the 1988 case. Humphrey’s attorneys appealed to the Pennsylvania Supreme Court.

“All we wanted was for the trial court judge, who had observed the client for possibly years, to have the discretion to dismiss the charges while considering the length of time involved and why it would be unjust to continue the prosecution. It was plainly unfair for the district attorney, the one bringing the charges, to exclusively have that authority.” — Bradley Bridge, an attorney with the Defender Association of Philadelphia, a firm providing no-cost defense to people who cannot afford counsel

The state Supreme Court’s new decision overruled the 1988 Superior Court. The prior interpretation of the law acknowledged the “unreasonable consequences” and “presumes that the Legislature intended such result,” Chief Justice Max Baer wrote in his majority opinion for the court.

“We respectfully disagree,” he wrote.

The opinion gives trial courts the authority to cut a case short if it’s clear the defendant will never be able to participate in their own defense, said Bradley Bridge, an attorney with the Defender Association of Philadelphia, a firm providing no-cost defense to people who cannot afford counsel.

“All we wanted was for the trial court judge, who had observed the client for possibly years, to have the discretion to dismiss the charges while considering the length of time involved and why it would be unjust to continue the prosecution,” said Bridge, whose firm filed an amicus brief in the Humphrey case. “It was plainly unfair for the district attorney, the one bringing the charges, to exclusively have that authority.”

The state Supreme Court sent Humphrey’s case back to a lower court for further resolution.

But the September ruling still leaves a significant roadblock for people who are already in state prison, mentally deteriorating behind bars, and facing new charges. It’s unclear how many people are in that situation because the state does not track these cases.

Torrance and Norristown state hospitals — both run by the Department of Human Services — are the only state facilities that provide competency restoration treatment, but they don’t accept people already serving sentences in state prison.

While the Mental Health Procedures Act gives the department the authority to admit patients to state hospitals involuntarily, including those charged with a crime, the law does not specify a procedure for individuals already serving time in a prison, DHS spokesperson Brandon Cwalina said in an email.

“The act does not provide a process for mental health involuntary commitment of those, like Mr. [Humphrey], who are convicted of criminal offenses and sentenced to jail or prison term,” Cwalina wrote.

In his majority opinion, Baer repeatedly noted the lack of treatment options available to Humphrey.

“Any changes to laws and regulations for state hospital admissions would require legislative action or regulatory amendments,” Cwalina said.

Danielle Ohl previously covered the state Capitol for Spotlight PA. She spent four years covering Annapolis for the Capital Gazette, where she earned a Pulitzer Prize special citation with her newsroom for covering the mass shooting of her own colleagues.