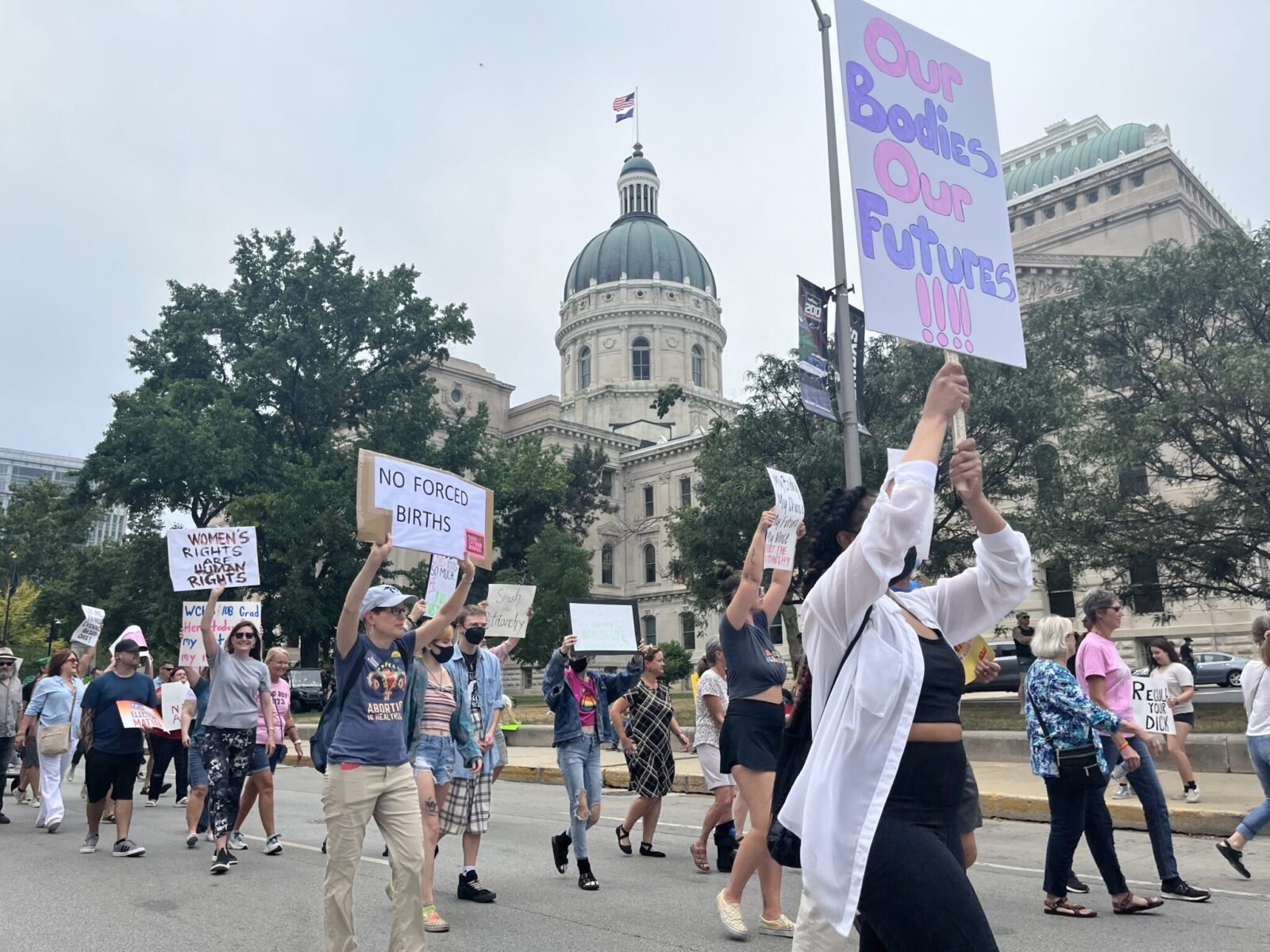 Judge Kelsey Blake Hanlon, a Republican, said in her ruling that the ban “materially burdens the bodily autonomy of Indiana’s women and girls by significantly and arbitrarily limiting their access to care.”

She added that the “public interest will be disserved” without the injunction. 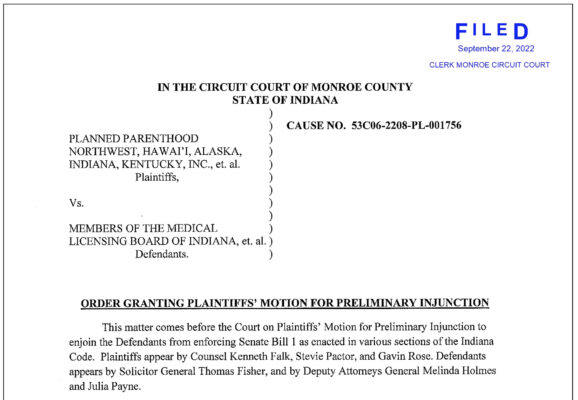 “The public will continue to be subject to the previous abortion regulation regime that was significantly influenced by the United States Supreme Court juris prudence that identified and expressly reaffirmed privacy right that included abortion for nearly 50 years,” Hanlon wrote in her motion, adding that a temporary pause on enforcement of the ban will last “long enough for the court to address the issue on the merits.”

The court challenge up for debate was filed in Monroe County Circuit Court last month by the American Civil Liberties Union (ACLU) of Indiana on behalf of health care providers and a pregnancy resource center.

They argue that the abortion ban blocks patients from exercising a “fundamental right to privacy,” which the Indiana Constitution protects as an individual liberty. The Supreme Court of the United States in June ruled that the U.S. Constitution does not guarantee abortion rights. 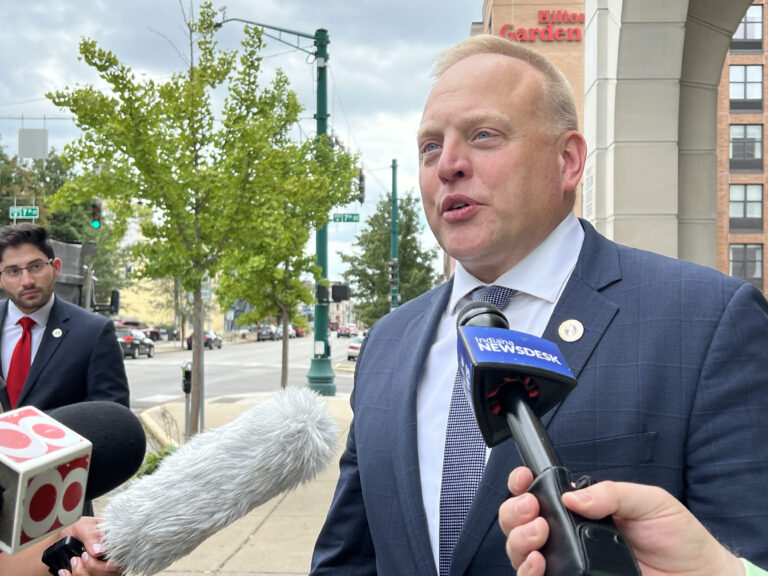 Oral arguments in the case were heard Monday in Monroe County. ACLU of Indiana Legal Director Ken Falk said the state legislature had overstepped the Indiana Constitution. He argued the constitution endows people with certain inalienable rights, including the right to privacy.

Indiana Solicitor General Tom Fisher, arguing on behalf of the state, emphasized that the state constitution does not explicitly ensure that right: “There just isn’t enough there to one, identify a right to privacy or two, translate it over to the abortion right.”

The ban outlaws most abortions except in the case of a fatal fetal anomaly or serious health risk to the mother. One part of the law says these exceptions are up to 20 weeks but another part says they can be used anytime. Rape survivors can get an abortion up to 10 weeks post-fertilization. It also strips abortion clinics of their state medical licenses, and provides that only hospitals and hospital-owned ambulatory surgical centers can provide abortions.

Under the injunction, the state’s previous abortion law will stand — allowing abortion up to 20 weeks. It also means abortion clinics can again perform the procedure.

Still, the pause on the ban only applies to Marion, Monroe, Hendricks, Lake. St. Joseph, Tippecanoe and Warrick Counties. Local prosectors in those counties are defendants in the ACLU of Indiana lawsuit.

Hanlon’s ruling prohibits them — or the state Medical Licensing Board — from enforcing the new law. In those counties, physicians can continue to offer abortions, as previously allowed in the state, prior to Sept. 15.

Representatives at ​​Planned Parenthood previously said they would keep their four Indiana clinics open, but only to provide contraception, sexually transmitted disease testing and treatment, and cancer screenings.

“In recent months, Indiana has become an important regional hub to provide abortion care to patients in Ohio, Kentucky, Tennessee, and beyond. As so many nearby states have banned abortion, we have seen an influx in out of state patients coming to Indiana for care,” Rodihan said. “This makes today’s preliminary injunction even more important – every day that we can provide abortion care, is a day that the people of Indiana have control over their bodies and their future. This is a win for the entire state.” 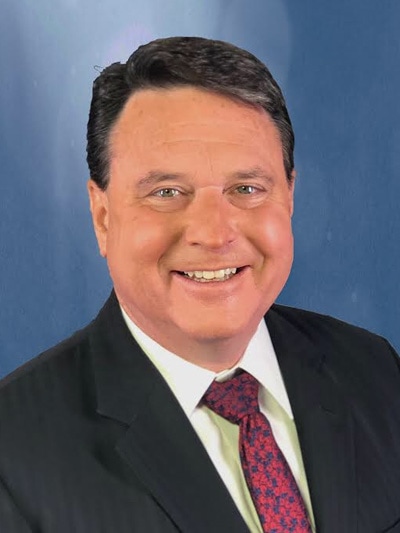 But Indiana Attorney General Todd Rokita said his office plans to appeal the preliminary injunction and “continue to make the case for life in Indiana.”

“Our office remains determined to fight for the lives of the unborn, and this law provides a reasonable way to begin doing that,” he said in a statement Thursday.

In its appeal, the state is likely to request that Hanlon’s ruling be suspended while the lawsuit continues to play out in court. That means the near-total abortion ban would take effect again.

Hanlon, of the Owen County Circuit Court, accepted an appointment as special judge earlier this month. That was after two elected Democratic judges in neighboring, liberal-leaning Monroe County declined to take on the case. They did not give any reasons as to why they recused themselves.

Following the ruling, the ACLU of Indiana said in a statement on behalf of the plaintiffs that the groups “are grateful that the court granted much needed relief for patients, clients and providers.”

“But this fight is far from over,” the plaintiffs said Thursday. “Indiana lawmakers have made it abundantly clear that this harm, this cruelty, is exactly the reality they had in mind when they passed SB 1. There are 1.5 million people of reproductive age in the state of Indiana, and every single one of them deserve the right to make their own decisions about their bodies, families, and futures.”

Meanwhile, Indiana Right to Life president and CEO Mike Fichter emphasized that the blockage of Indiana’s new law “means over 161 unborn children will continue to lose their lives to abortion every week this injunction stays in effect.”

“We are encouraged by the judge’s acknowledgement of the state’s legitimate interest in protecting unborn babies and are hopeful the blockage will be brief,” Fichter said in a statement Thursday.

GOP Gov. Eric Holcomb, who signed the ban into law, will “closely follow this court case as it unfolds,” said Erin Murphy, a spokesperson for the governor’s office.

“Laws, especially ones that carry with them significant change in policy, are frequently challenged in court and SEA 1 is no different,” she said in a statement to the Indiana Capital Chronicle.

Republican legislative leaders who helped push the ban through did not provide statements on the preliminary injunction, despite saying previously they were confident the ban would hold up in court.

A lifelong Hoosier, Casey Smith previously reported on the Indiana Legislature for The Associated Press. Smith has had internships and fellowships at the Investigative Program in Berkeley, California, The Indianapolis Star, the Investigative Reporting Workshop in Washington, D.C., The Washington Post, National Geographic, USA Today and other publications.

The Indiana Capital Chronicle is an independent, nonprofit news organization dedicated to giving Hoosiers a comprehensive look inside state government, policy and elections. 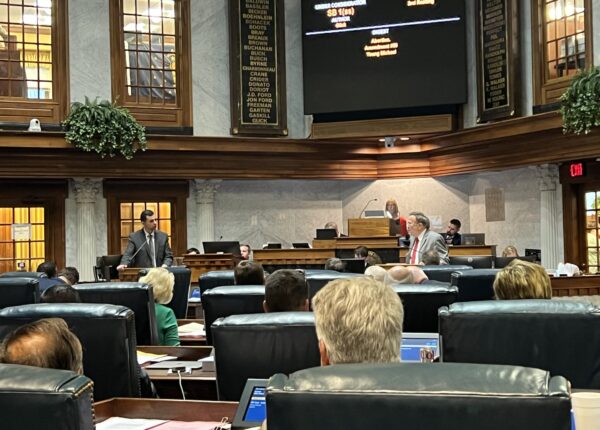 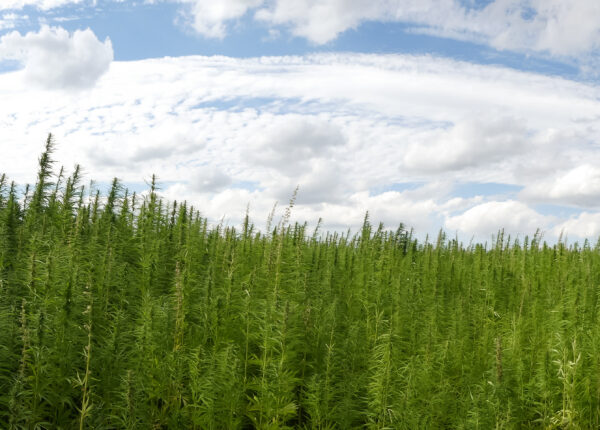 Legal Weed Watch: Neighboring Postindustrial states are worlds away when it comes to marijuana 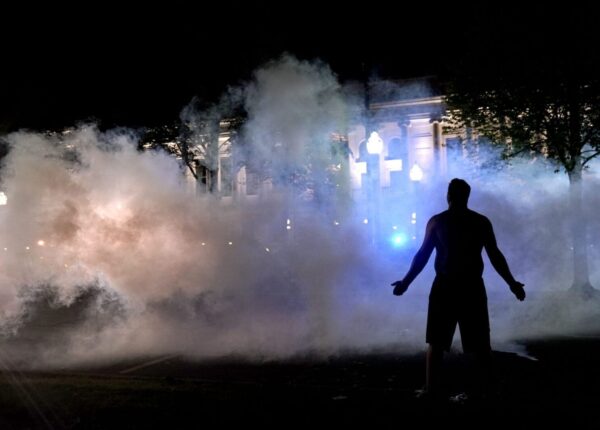