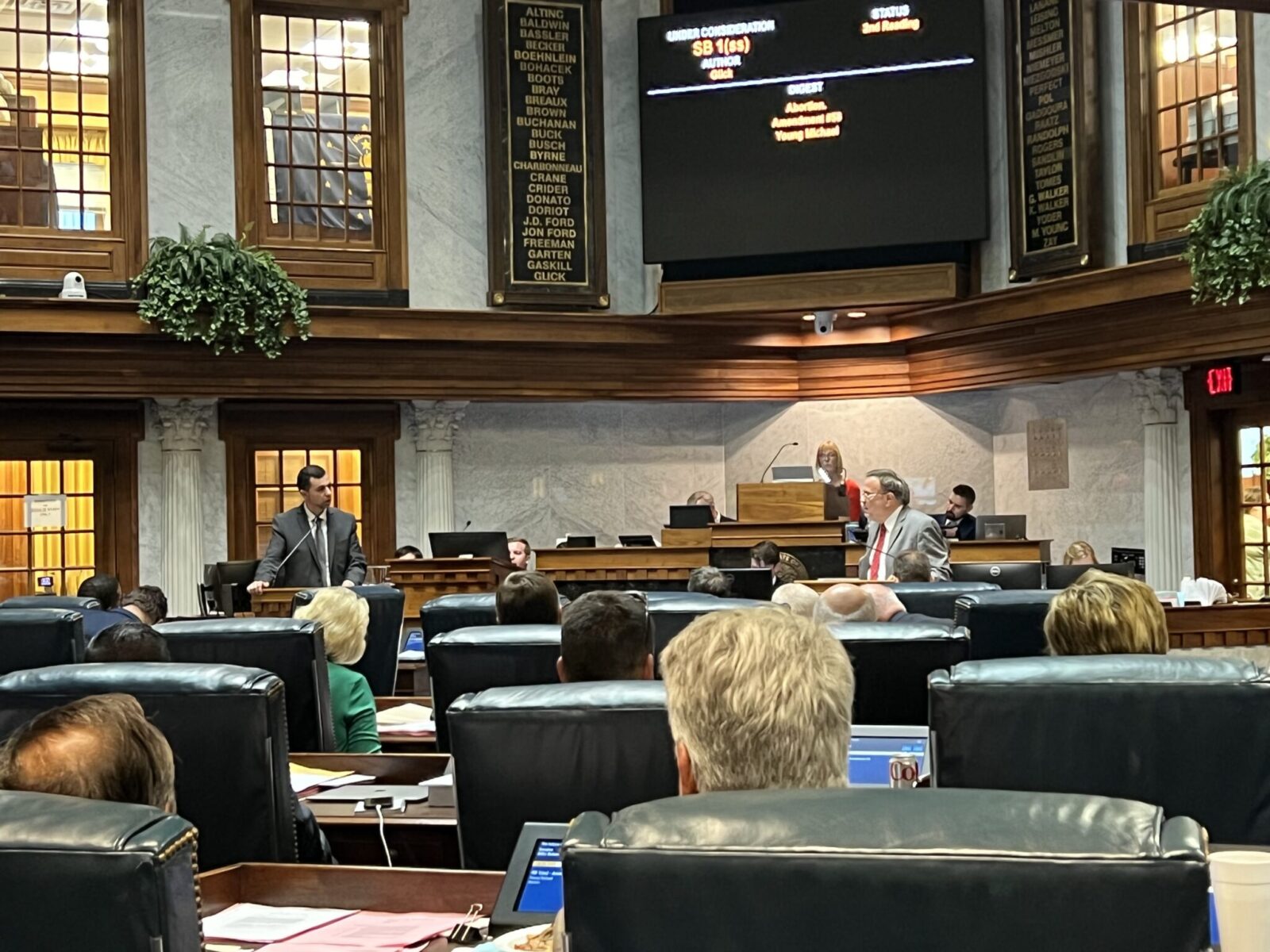 Indiana lawmakers voted down a contentious amendment that would have removed exceptions for rape and incest from a Republican-backed bill that seeks to ban virtually all abortions in the state.

That was after more than two hours of heated debate on the proposal late Thursday night during a special legislative session.

Eighteen Republicans joined Democrats in voting against the measure, which failed in an 18-28 vote.

It was one of several vote tallies for the 62 amendments filed to the bill that lacked consensus from members of the GOP supermajority caucus. Overall, the abortion debate went five hours.

The full Senate will vote Saturday to determine whether to advance the bill to the House.

Exception for rape and incest remains

The amendment, authored by Sen. Mike Young, R-Indianapolis, sought to remove exceptions for abortions following instances of rape or incest.

Young said his amendment was “simple” and is about saving lives. He recently resigned from the Republican caucus amid disagreements over the GOP approach to abortion-restricting legislation. This allowed him to offer the amendment even if the GOP caucus didn’t approve.

The original bill allowed abortions for pregnancies resulting from rape or incest up to 20 weeks conception, keeping in-line with current Indiana law that allows abortions — in any case — within that timeline.

Qualifications for those exceptions became stricter on Tuesday, however, after lawmakers adopted a separate amendment in committee to limit abortions performed in cases of rape or incest to 12 weeks for those under the age of 16. The limit drops to eight weeks for anyone aged 16 or older.

As amended Thursday, the bill also maintains narrow exceptions for miscarriages, ectopic pregnancies and cases when a fetus is not capable of supporting life. It does not not allow women to get an abortion after conception for any other reason.

Young maintained Thursday that even though his amendment would have completely stripped the exception, he thought survivors of rape or incest who are under the age of 16 should still qualify to get an abortion. He said on the Senate floor that he would support a separate amendment with that language, noting that girls under 16 are “too young to give consent.”

Republican bill author Sen. Sue Glick, of LaGrange, said simply that members of her caucus should not remove the exception.

“Give them that choice,” she said, referring to survivors of rape and incest. “Don’t foster that evil on them after the evil they’ve already suffered.”

Another Republican, Sen. Ron Alting of Lafayette, also came to the mic to speak against the amendment. In his tearful remarks, Alting spoke about his 29-year-old daughter. He said — despite being “pro-life” — he would let her choose what she wanted to do if she was raped.

“We can save more unborn children — so they may experience life — with the exception than we can without,” he said.

Tomes, at one point raising his voice, recalled being called a “baby killer” after he returned from serving in Vietnam.

Acknowledging that the amendment is “controversial,” Sen. Mike Gaskill, R-Pendleton, said he supported the proposal, even though he and others might “face consequences” — like losing elections — for doing so.

“I love Jesus more than being in the Senate,” Gaskill said. “I’m up here today to represent Jesus.”

Senators adopted a different amendment filed by Sen. Aaron Freeman, R-Indianapolis, which allows the Indiana attorney general to gain the authority to override a prosecutor’s decision not to pursue abortion-related cases.

The language applies to prosecutors’ policies not to pursue cases on any other topic, too.

Lawmakers have proposed multiple bills in recent years to give jurisdiction to the state attorney general in criminal cases “if the prosecuting attorney is categorically refusing to enforce” the law. Those proposals have all been unsuccessful. Freeman’s amendment passed Thursday in an oral vote. 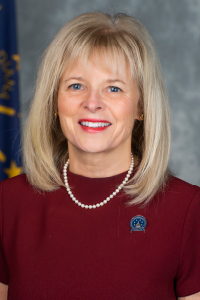 When asked on the Senate floor by Democrats, Freeman did not deny that the amendment was aimed at Marion County Prosecutor Ryan Mears, who said last month that he would not prosecute abortion-related cases if the state legislature criminalized the procedure after the U.S. Supreme Court overturned the landmark Roe v. Wade opinion.

“The role of the prosecutor’s office in the state of Indiana is to prosecute crimes — all crimes,” Freeman said. “Their job is not to pick and choose which jobs they want to enforce.”

An amendment authored by Sen. Liz Brown, R-Fort Wayne, narrowly earned approval from the chamber in a 24-23 vote, getting a “yes” from Lt. Gov. Suzanne Crouch to break the tie among senators.

The adopted proposal applies to women who were victims of incest or rape. While they would not be required under Glick’s bill to go to the police in order to undergo an abortion, the women would have to provide the physician with a signed affidavit that must be signed under penalties of perjury — attesting to the abuse.

Brown’s amendment stipulates that the affidavits must be notarized, and the documents would not be confidential. But Glick contends because the document is part of the medical chart it would be covered under privacy laws.

Two amendments offered by Democrats were also approved by the Senate.

That included one offered by Sen. Jean Breaux, D-Indianapolis, which directs a statewide maternal mortality review committee to study how changes to the state’s abortion laws affect maternal mortality in Indiana. It passed in a 45-2 vote.

Another from Sen. Tim Lanane, D-Anderson, that passed unanimously, indicates that a pregnant minor doesn’t have to get her parents’ permission for an abortion if she’s impregnated by her parent, legal guardian or custodian.

Casey Smith previously reported on the Indiana Legislature for The Associated Press. Smith has had internships and fellowships at the Investigative Program in Berkeley, California, The Indianapolis Star, the Investigative Reporting Workshop in Washington, D.C., The Washington Post, National Geographic, USA Today and other publications.

The Indiana Capital Chronicle is an independent, nonprofit news organization dedicated to giving Hoosiers a comprehensive look inside state government, policy and elections. More importantly, we will show how actions at the state level impact your everyday lives.