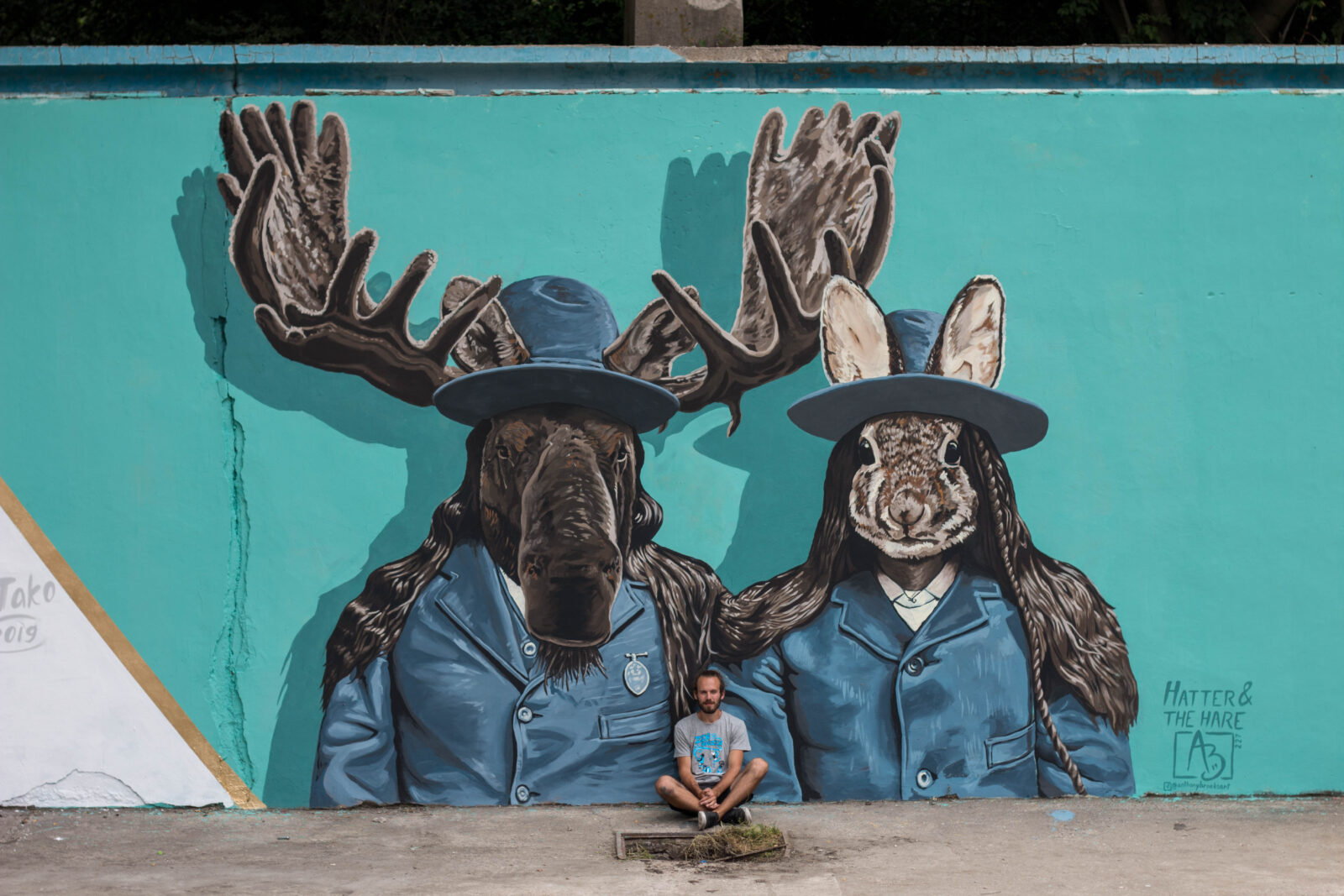 Anthony Brooks, from a rural corner of Indiana, is a full-time artist who specializes in outdoor murals, some of which adorn relics of a bygone era and depict either folks he’s photographed or surrealist art. Brooks said that his art is often inspired by familial ties in Postindustrial America and his upbringing. (Art photos courtesy of Anthony Brooks)

Anthony Brooks likes to paint on walls and travel the world.

The 28-year-old from a rural corner of Indiana is a full-time artist who, when the weather is right, specializes in outdoor murals, some of which adorn relics of a bygone era and depict either folks he’s photographed or surrealist art.

Brooks said that his art is often inspired by familial ties in Postindustrial America and his upbringing.

“The family I had in Chicago, a lot of them worked in the steel mills and then they moved out to the countryside,” he said. “So that was something I was always interested in: all these mechanisms [of industry].” 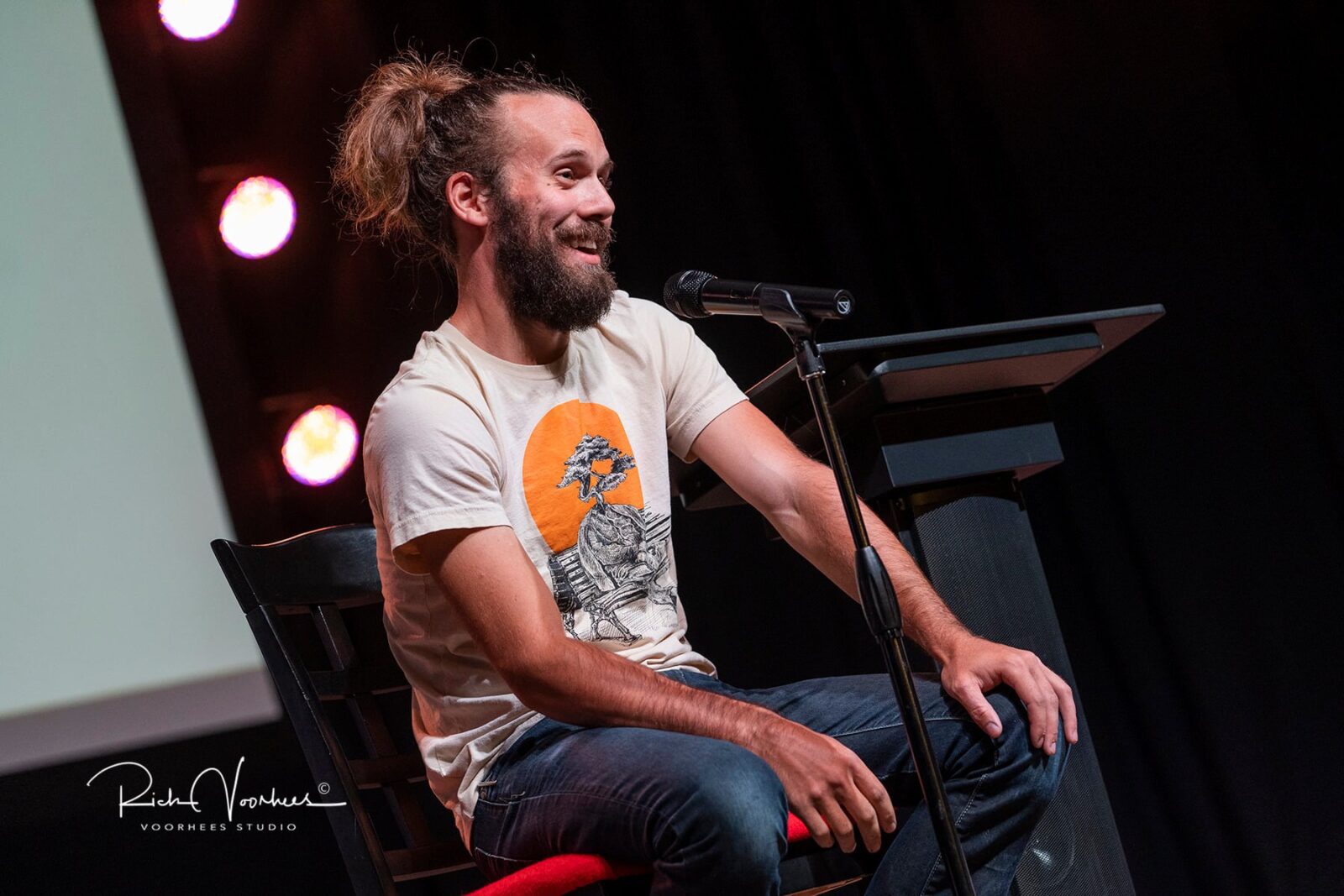 Anthony Brooks, a full-time artist, is a 28-year-old from a rural corner of Indiana. (Photograph | Rich Voorhees)

“I wanted to work on certain aspects that I thought were weak in my art." 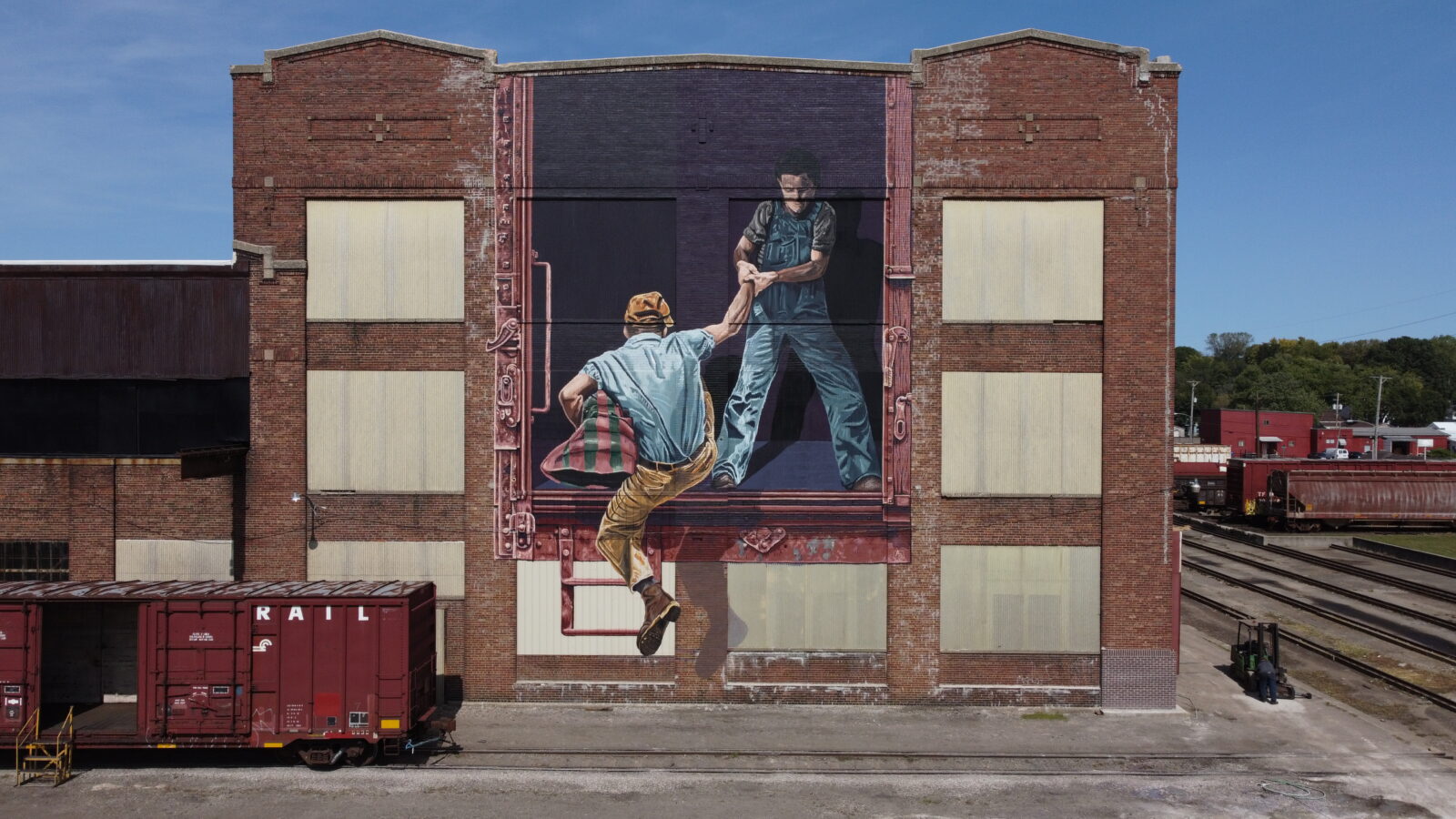 One such creation reflecting his fondness for the industry of yore is a towering mural of two men climbing into a boxcar on an old train depot in Logansport, Ind.

Brooks himself used to work as a mechanic and attended Purdue University to study mechanical engineering. But the siren song of artistic ambition proved too alluring, so he transferred to Herron School of Art and Design, part of Indiana University in Indianapolis.

“I wanted to work on certain aspects that I thought were weak in my art,” he said of his life-changing decision that eventually led him to set up shop in Belgrade. 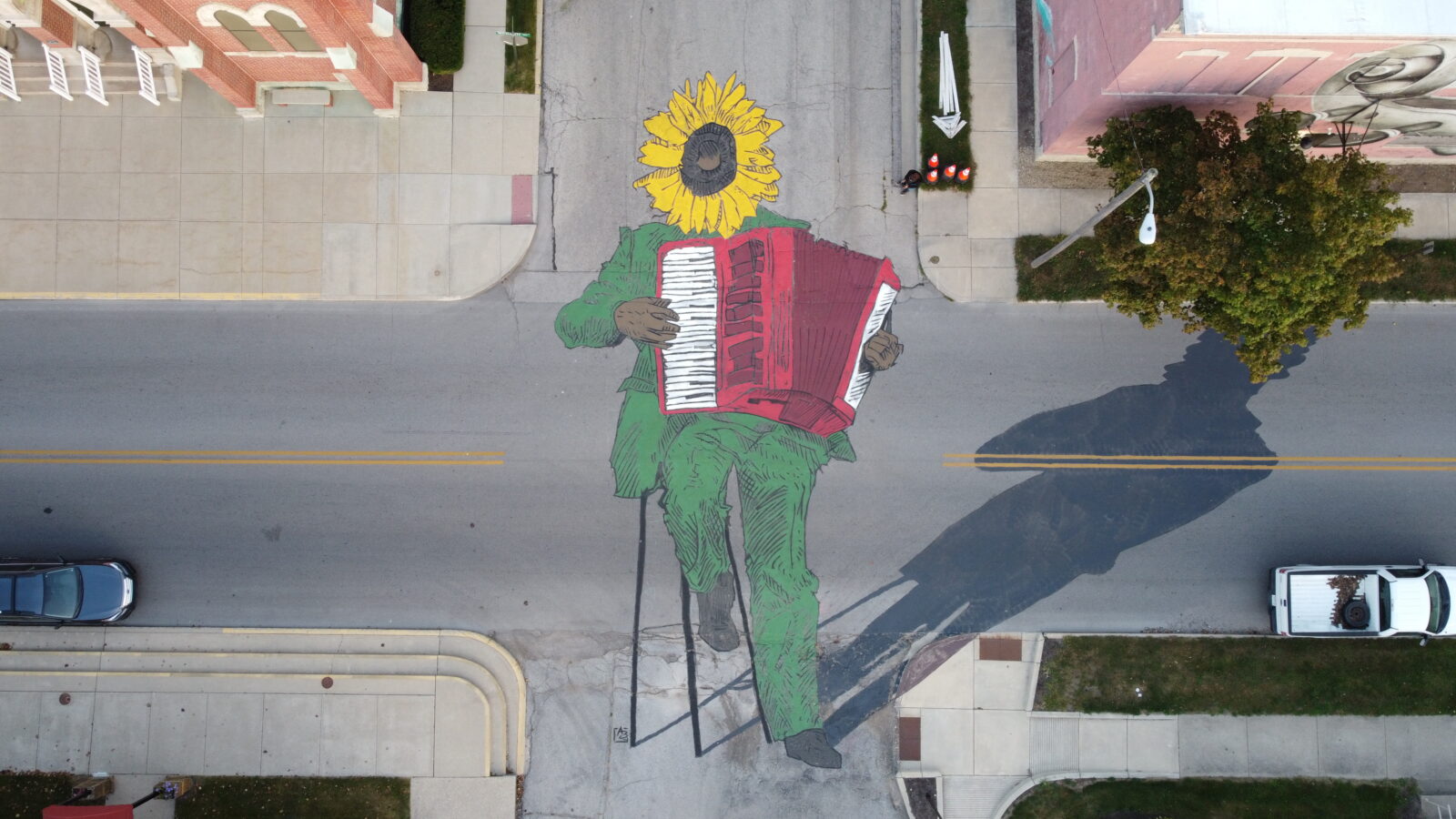 With the Serbian capital as his home base, Brooks works on paintings such as the Cactus Head hanging in his studio, and other indoor artistic endeavors including 3-D modeling.

“Getting into 3-D modeling ties together some of what I learned at Purdue with my art,” Brooks said.

But outdoor murals remain his primary passion these days. His recent work includes a woman sitting in a small doorway with her head turned, a creation that resides in the small, southern Croatian town of Opuzen near the Bosnian border. 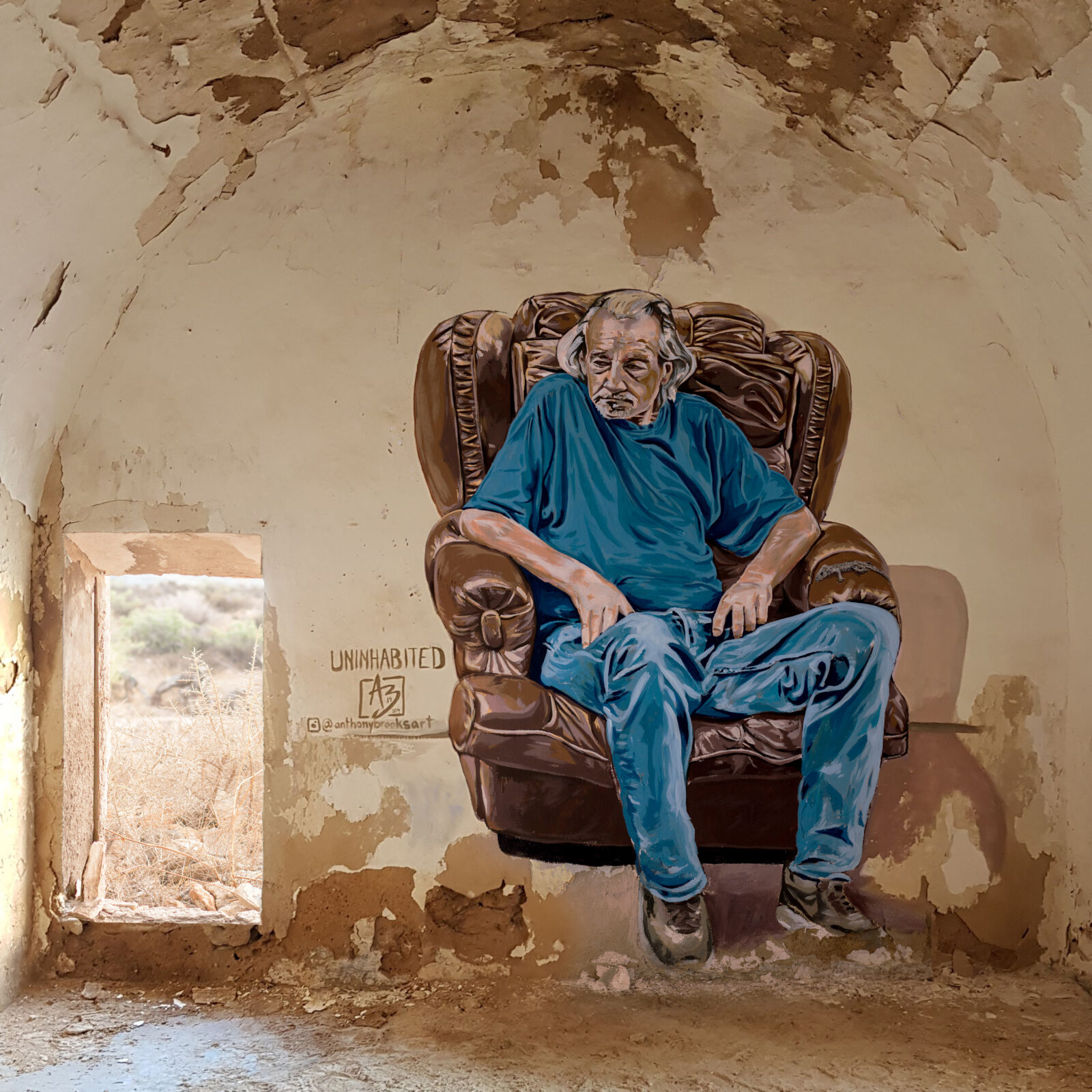 “That [mural] was for a street art festival there that the town puts together,” he said. “I had been there the year before, so I went back to have a good time with some great people.”

His method of mural portraiture is certainly intriguing. Brooks sometimes captures a subject on camera in one place, then paints them somewhere else. The elderly-man-in-Barcalounger mural — located in the southern Spanish town of Pulpi — is someone Brooks photographed on the other side of the continent.

“The guy [in the Barcalounger] is a man I actually photographed in Belgrade. As soon as you got off the tram he was just there on the sidewalk in the middle of the city,” he recalled. “I felt like he really was a painting himself.” 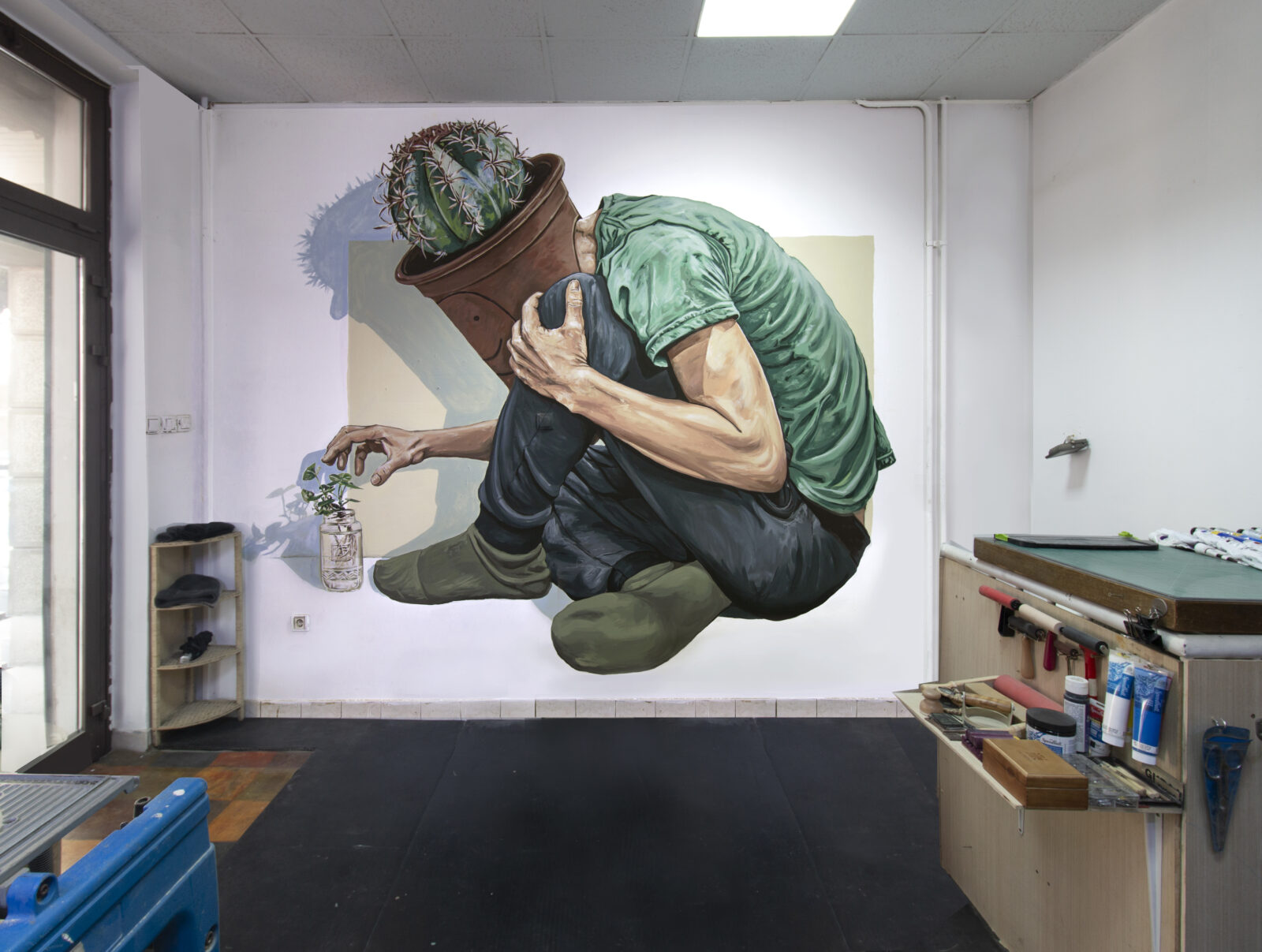 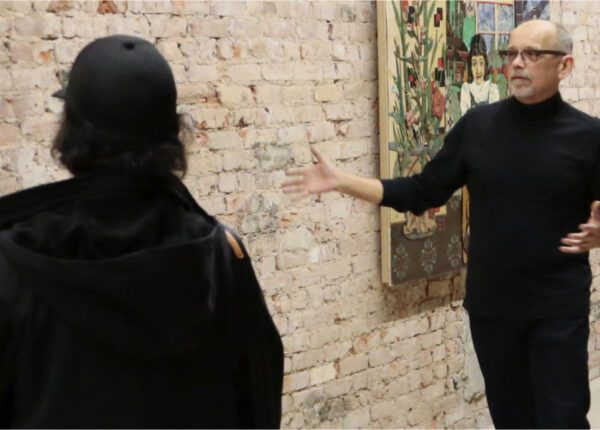 Making art from the remnants of bygone industries 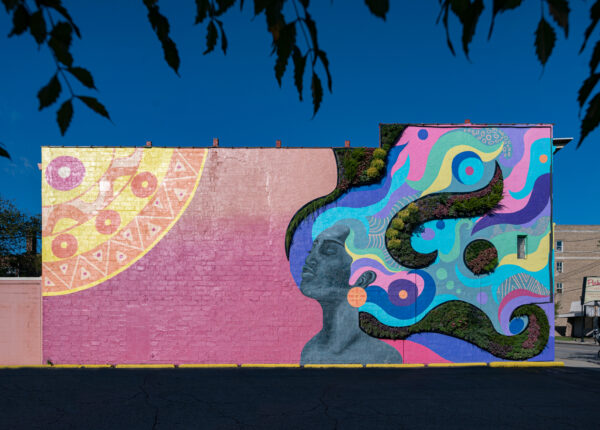 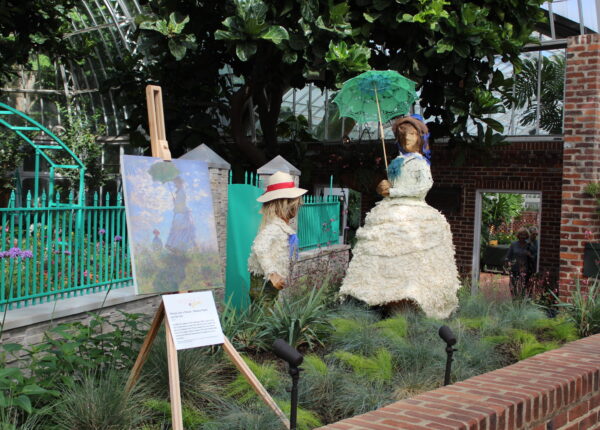