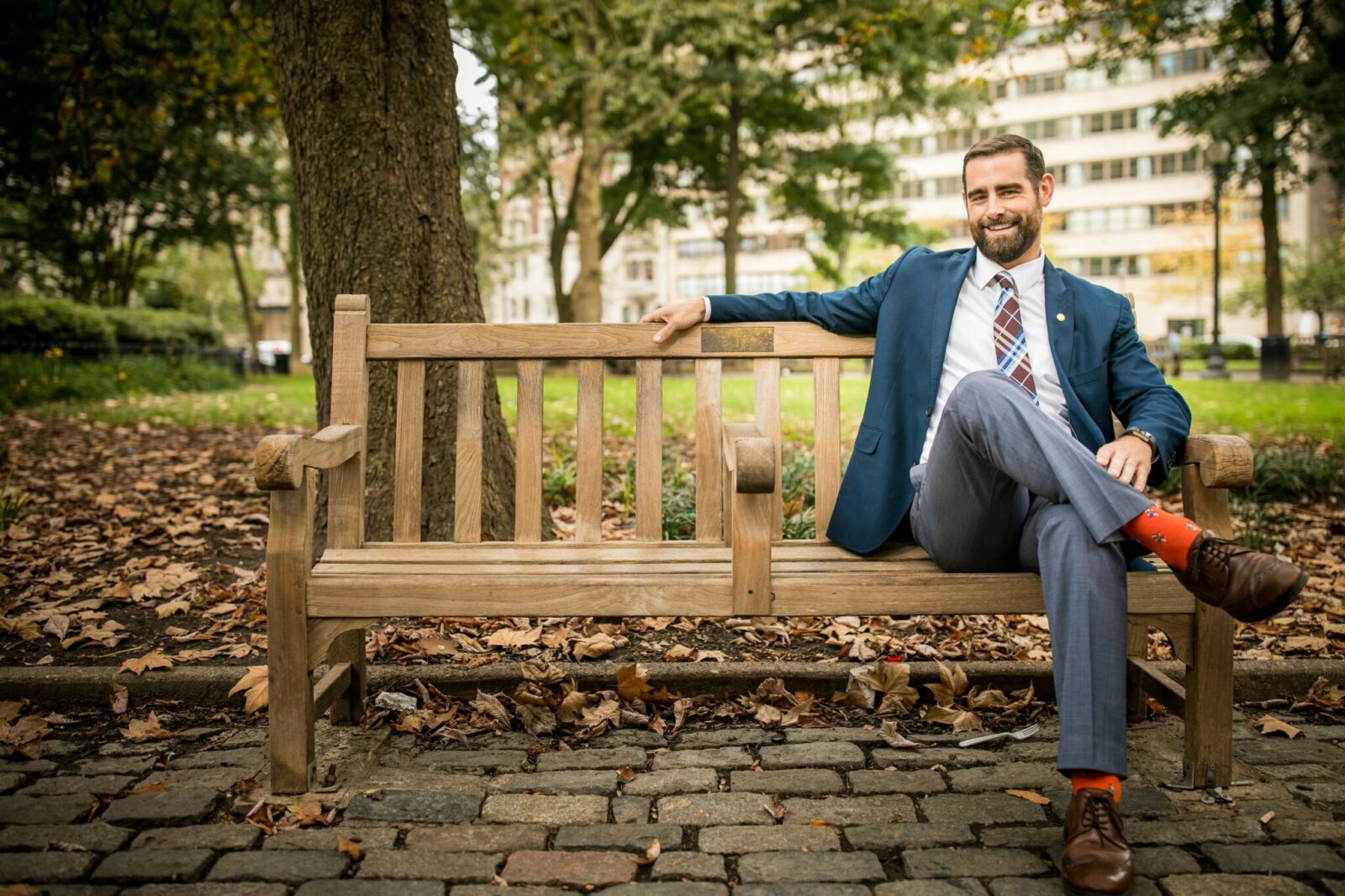 When F. Scott Fitzgerald mused  that there are no second acts in American lives, state Rep. Brian Sims had not yet been born.

As one of the first out, gay members of the state Legislature, Democrat Sims represented Philadelphia’s 182nd District from 2012-2022. During the last election cycle, he ran an unsuccessful primary campaign for lieutenant governor, taking second place in the contest.

Out Leadership publishes an annual LGBTQ+ Business Climate Index, which last round ranked Pennsylvania 23rd among the 50 states in its assessment of civil rights protections.

Sims’ priority is to “spend the next several months meeting with our organization members,” saying he has “a lot of ideas about what government affairs and public policy can do for all of them on local, state, and national levels.”

His goal is to connect the dots of lobbying and policy in a way that members will be prepared for discussions around queer civil rights in an increasing hostile and violent atmosphere.

“Discrimination and violence against LGBTQ people are on the increase because it is fueled, in part, by legislative attacks in local, state, and national governments,” Sims told the Capital-Star. In the last 18 months, he said, an estimated 162 anti-LGBTQ bills have been introduced in 35 state legislatures in the US alone. In 68 countries around the world, it is still illegal to be gay. 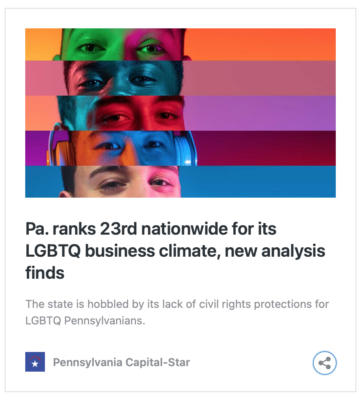 Last June, the Pennsylvania state Senate passed three anti-LGBTQ measures on the same day. One of those measures, House Bill 972, was known as an anti-trans youth sports bill. Gov. Tom Wolf vetoed the measure when it reached his desk.

Two other anti-gay bills orchestrated through the state’s senate chamber are expected to be reintroduced in the next two-year legislative session.

Legislation sponsored by state Sen. Ryan Aument, R-Lancaster, is a book and educational ban on any materials referencing sexual intercourse.

Legislation sponsored by state Sen. Scott Martin, also a Lancaster County Republican,  is “an expansive gag order for school personnel on LGBTQ issues, forces the outing of vulnerable students to parents or guardians, and creates a private right of action if those terms are violated, among other cruel provisions,” Preston Heldibridle, the executive director of the Pennsylvania Youth Congress told the Capital-Star. It’s analogous to Florida’s ‘Don’t Say Gay’ law.

About last weekend’s Club Q mass shooting Sims said, “This horrific attack in Colorado is emblematic of why changes are needed in America’s legislative process.”

Sims’ solution is “full federal, civil rights protections for LGBTQ citizens, but they also need to exist on a state-by-state basis, including Pennsylvania.” He’s adamant that the gay community “will continue to see deep rooted discrimination” because haters and discriminators “will figure it out where the cracks are and exploit them.” 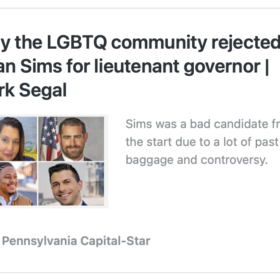 Does consideration of anti-gay legislation by Pennsylvania’s, or any, state legislature, create an atmosphere in which violence is normalized?

“It’s amazing how the introduction of anti-gay legislation by any state legislature, creates an atmosphere in which violence is normalized,” Sims said. He worries about the impact on young LGBTQ people “who now hear divisive rhetoric, they know they’re under attack by adult, elected officials who should be looking out for their interests.”

For a decade, Sims had to harvest constituent votes based on his policy positions and, at the same time, hope for dialogue with his elected colleagues. Did his personal experience of being a gay man help him explain to colleagues that demonizing gay people puts them in danger?

“A frustrating thing that I learned about the majority of my Republican House colleagues is that, I think, they do believe in equality. That is not an easy thing for me to say, Sims admitted, “having spent a decade begging and pleading, sometimes yelling and screaming, trying to make connections that would create more understanding, a little bit of empathy for LGBTQ people, hoping my colleagues would vote in a way that respects us. And yet it still didn’t happen.”

Sims is hopeful but clear on how he sees elected officials not responding to the civil rights needs of their constituents.

“I never once believed that 100% of my Republican colleagues were anti-LGBTQ, even if they voted that way. Their endgame of never voting in favor of gay civil rights means “they’re just facing their own political reality.” That said, Sims explains that he’s not “giving them the benefit of the doubt.” He thinks their anti-gay votes represents “pure cowardice, pure political calculating” that has to do with the makeup of our legislature and their voters in home districts.

“My colleagues feel as emboldened as ever to vote as heinously as they have, even if they don’t feel that way themselves,” he added.

He mused that the staunch, GOP anti-gay base appealed to as queer issues animated the last election cycle may become less important. “With the Trump era reaching its legal conclusion, and less need for elected officials to coattail, legislators may soften their positions here in Pennsylvania and in state houses nationwide.

Frank Pizzoli, the former editor and publisher of the Central Voice, writes about the issues that matter to Pennsylvania’s LGBTQ residents.