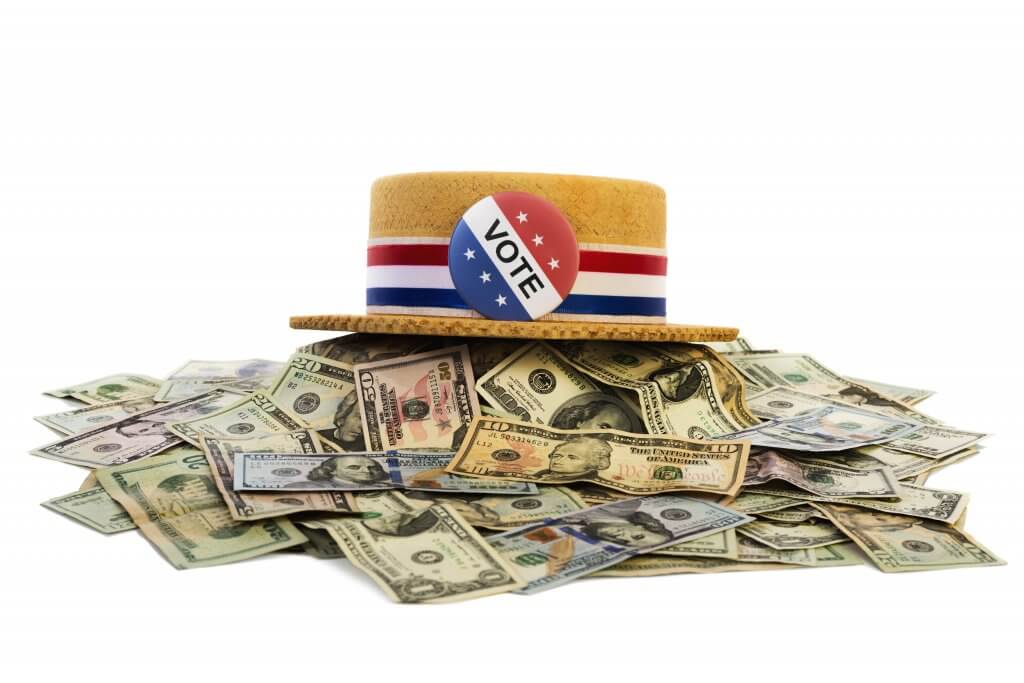 Republican outside groups have spent four times more money to campaign for statewide and legislative candidates in Wisconsin this election season than  groups backing Democrats, according to a new report.

The Wisconsin Democracy Campaign said the outside money has hit a record $36.7 million so far for non-federal offices, including governor, attorney general and the state Legislature.

The Republican independent expenditure groups have sent $29 million in the express advocacy ads, compared with $7.7 million by Democratic groups. More than one-third of the Republican spending was in the GOP primary for governor.

The Wisconsin Democracy report doesn’t include spending on races for Congress or the U.S. Senate. It also doesn’t include another category of spending, so-called issue advocacy messages that promote or denigrate a candidate but do not explicitly tell people who to vote for or against. Issue advocacy campaigns can keep their fundraising and spending secret under current campaign finance laws.

The campaign finance watchdog group has identified more than 40 organizations that are making independent expenditures to support or oppose candidates in Wisconsin’s elections this fall.

“Nine groups have spent more than $1 million on races for governor, lieutenant governor, attorney general, treasurer, secretary of state, and the legislature,” the Democracy Campaign said in announcing its report.

According to the report, groups raising and spending money on behalf of Republicans, including Tim Michels, the party’s candidate for governor, include:

Groups raising and spending money on behalf of Democrats include:

The report identified three groups, all Republican, that made all or most of their outside expenditures in the primary campaigns. They include:

Deputy Editor Erik Gunn reports and writes on work and the economy, health policy and related subjects, for the Wisconsin Examiner.

The Wisconsin Examiner is a nonpartisan, nonprofit news site offering a fresh perspective on politics and policy in our state. As the largest news bureau covering state government in Madison, the Examiner offers investigative reporting and daily coverage dedicated to the public interest.