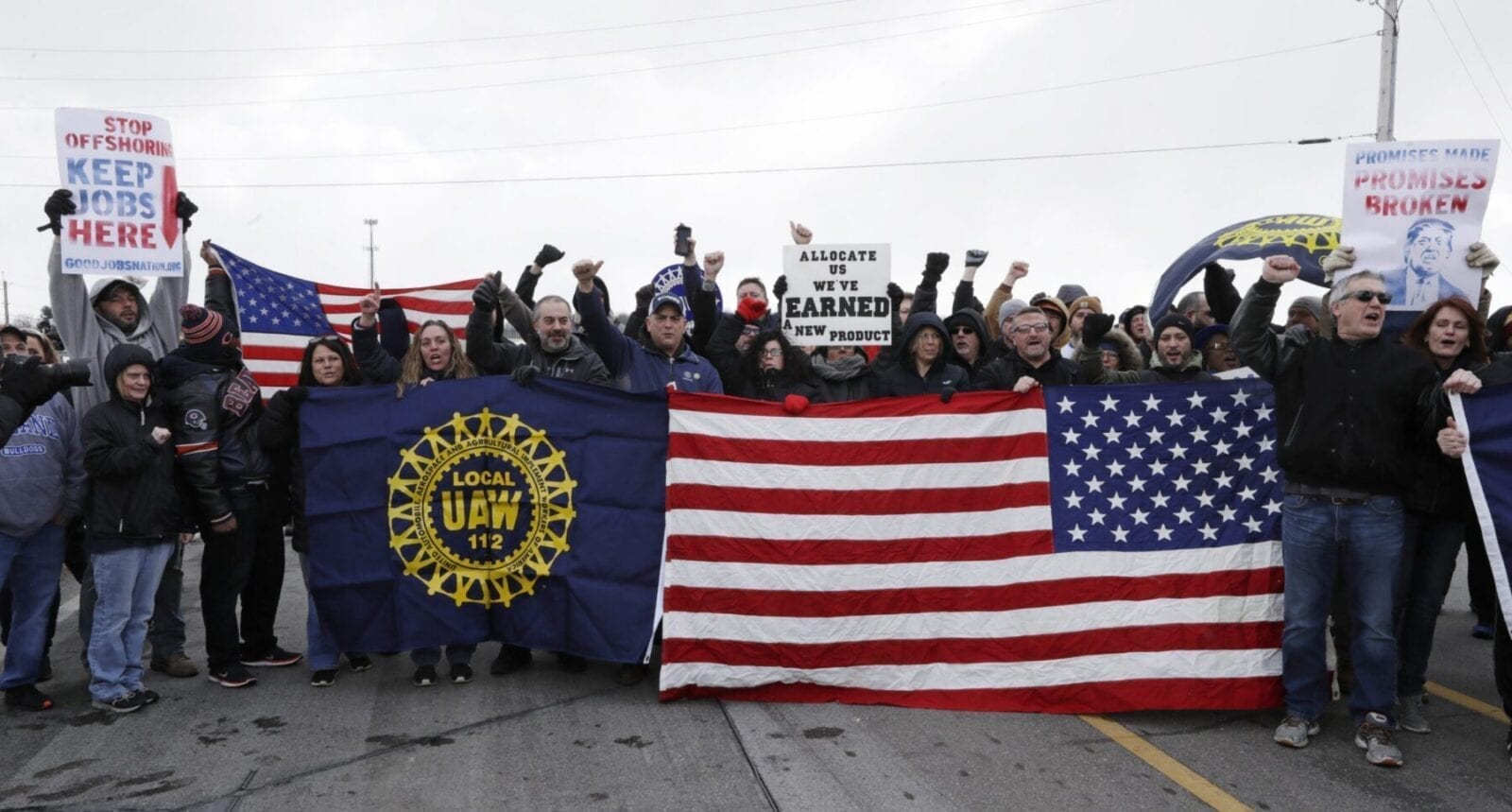 General Motors workers cheer for support outside the plant on March 6, 2019, in Lordstown, Ohio, just before GM ended nearly 50 years of auto production at its sprawling facility near Youngstown. Tony Dejak/AP

In a rare display of bipartisanship in an era of political division, Republicans and Democrats across Ohio are pressuring General Motors to repay millions of dollars in public subsidies after the company reneged on a promise to keep its sprawling Lordstown plant open.

Among the latest to join the chorus is Ohio Attorney General David Yost, a Republican, who in an unusual move Tuesday filed a blistering 63-page brief before state tax regulators demanding they seek full restitution of more than $60 million in tax credits the automaker received between 2009 and 2016.

“Profit, it has long been said, is not a dirty word in Ohio,” the filing reads. “But a broken promise is.”

GM contends it shouldn’t be held responsible for repaying the tax credits. The automaker has urged that the state consider market conditions as a major factor in closing the plant, which produced the fuel-efficient Chevrolet Cruze.

“GM complains that consumer preferences changed, and that the small cars manufactured at the plant were less popular — that gutting the manufacturing base of the Mahoning Valley by closing Lordstown was just business,” the attorney general’s brief stated. “Ohio welcomes its long and continuing relationship with GM, but we want our money back. It’s just business.”

Last month, The Business Journal and ProPublica first reported that the state notified GM it was in violation of two tax credit agreements the automaker signed in 2009. A notification sent to the company in March from the Ohio Development Services Agency informed GM that it would recommend to the Ohio Tax Credit Authority that it terminate the agreements and pursue a 100% refund.

GM responded that the state should forgive all, or a substantial amount of, the tax credits.

“We respectfully request your assistance to help us drive towards a full recovery by choosing not to require repayment of all, or a significant portion of, the tax credits,” GM’s U.S. property manager, Troy D. Kennedy, stated in a letter to Development Services in April.

The fate of the plant captured national attention when it closed last year and again last week when Vice President Mike Pence visited Lordstown to unveil a prototype electric pickup truck built by Lordstown Motors Corp., which took over the GM site.

Though Republican and Democratic officeholders in Ohio don’t often see eye to eye, they agreed that GM should pay the incentives back.

U.S. Sen. Sherrod Brown, an Ohio Democrat, demanded that the state claw back all of the incentives, especially since GM opted to build its new Chevrolet Blazer in Mexico. “After its workers drove the success of the company for years and made the Lordstown plant one of the most efficient in the world, GM turned its back on Lordstown workers and walked away from the [Mahoning] Valley,” he said in a statement.

General Motors received tens of millions of dollars in tax breaks to operate a massive assembly plant in Lordstown, Ohio, until 2027. The plant closed last year, and the state may force a repayment of more than $60 million, documents show.

Brown’s Republican counterpart, U.S. Sen. Rob Portman, also said he supports Ohio’s efforts to collect from GM. “They should be paid back when people pull up stakes and leave and don’t make their commitment.”

U.S. Rep Tim Ryan, a Democrat who represents the Mahoning Valley, also called for GM to make restitution. State Sen. Sean O’Brien, a Democrat from nearby Bazetta, noted that GM should pay the state back some, but not necessarily all, of the subsidies.

The one Republican who isn’t fully on board is the one with perhaps the most power: Gov. Mike DeWine. Last week, after touring Lordstown Motors, DeWine said his office wasn’t “actively pursuing” a clawback from GM. Instead, the governor said the state was engaged in “constructive conversations” with the automaker on how to create jobs throughout the state.

In 2009, GM inked a job creation tax credit agreement worth $14.2 million with the condition that its Lordstown plant would remain operational until 2040. A second job retention agreement worth $46.1 million signed that same year required the automaker to ensure Lordstown was open until 2028.

GM said it would stop making Cruzes at the plant beginning in March 2019 and officially closed Lordstown that October, eliminating the remaining 1,600 jobs there.

According to Yost’s filing, GM initiated a pattern of breaking its promise to the state in January 2017 when it eliminated an entire production shift at Lordstown, cutting 1,200 jobs. A second shift was slashed in July 2018, eliminating an additional 1,500 jobs. The remaining 1,600 hourly and salaried employees were cut when the last Cruze rolled off the line in March 2019.

The attorney general urged the Ohio Tax Credit Authority to demand nothing short of a 100% refund from GM. Anything else constitutes a “moral hazard of saddling Ohio taxpayers with GM’s business risk,” according to the brief.

Todd Walker, spokesman for the Ohio Development Services Agency, said the tax authority would consider the matter at a future meeting.

Dan O’Brien is a reporter and associate editor of The Business Journal, based in Youngstown, Ohio. He has covered business in the Mahoning Valley for more than 20 years.

The Business Journal in Youngstown, Ohio, and ProPublica are investigating economic development incentives in the Mahoning Valley. If you know something about how these programs were used — or abused, we would like to hear from you. We’d particularly like to hear from:

• Past or present employees of companies that received development incentives.
• Government and economic development officials, providing additional information and insights on how incentives can be better deployed and monitored for compliance.
• Business leaders with suggestions on the types of incentives that small businesses need.

If you have something to share with us, here’s how to do it:

• Via email: dobrien@business-journal.com
• Via phone call or text message: 330-406-9132‬‬
• Via our online form: https://businessjournaldaily.com/submit-your-story/