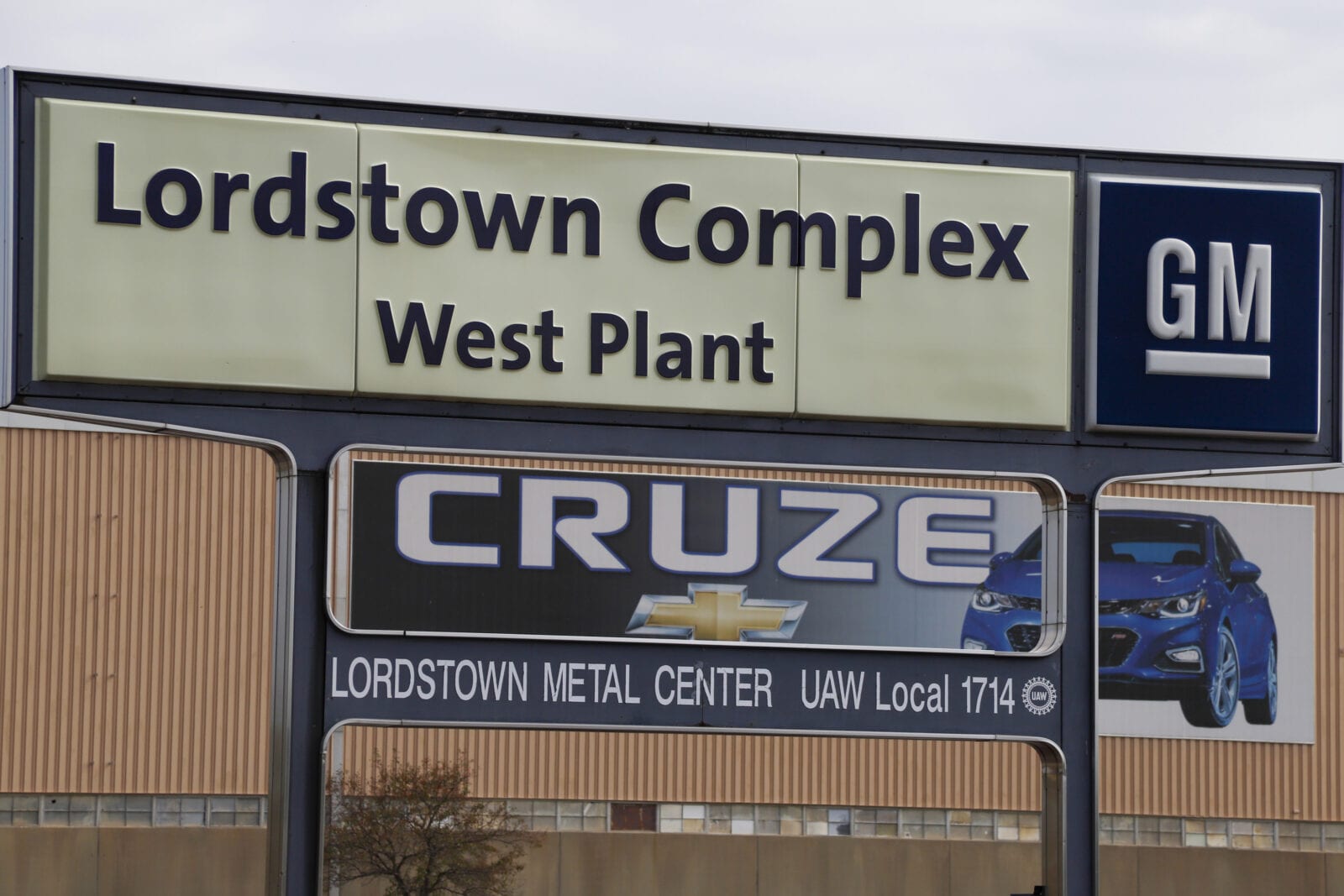 (This story originally published on ProPublica) The state of Ohio has ordered General Motors to repay $28 million in public subsidies for reneging on its promise to keep its sprawling Lordstown plant open.

The automaker, which had pledged to keep Lordstown operations going until 2040, closed the assembly plant in October 2019, drawing criticism from elected officials in both political parties, including President Donald Trump. At the time, GM cited the collapsing market for small cars; Lordstown produced the compact Chevrolet Cruze.

But state officials said the closure violated the terms of two economic development agreements GM signed with Ohio more than a decade ago. Between 2009 and 2016, the company received more than $60 million in tax credits to maintain operations at the massive plant, which employed more than 4,000 people.

In late October, the Ohio Tax Credit Authority said GM must pay back roughly half of those tax benefits, as well as provide an additional $12 million in community support in the Mahoning Valley, the economically depressed region where the plant was located. The funds are targeted for education and job training at Youngstown State University and other colleges, and for community programs and infrastructure projects.

“Today’s action protects taxpayer dollars, while also allowing for continued investment in the local community,” Lydia Mihalik, director of the Ohio Development Services Agency and chairperson of the Ohio Tax Credit Authority, said in a statement. “Our team at Development is committed to ensuring taxpayers get a good return on their investments, supporting Ohio businesses and strengthening communities across the state.”

Although the clawback falls short of the total $60.3 million that GM received, the state’s action is significant, said Greg LeRoy, executive director of Good Jobs First, a nonprofit agency that tracks corporate subsidies and violations.

“The $28 million still stands as the biggest clawback we can point to” nationwide, he said. Yet he believes that the state should have pursued a total refund. “It’s kind of a two-thirds of a loaf for taxpayers.” 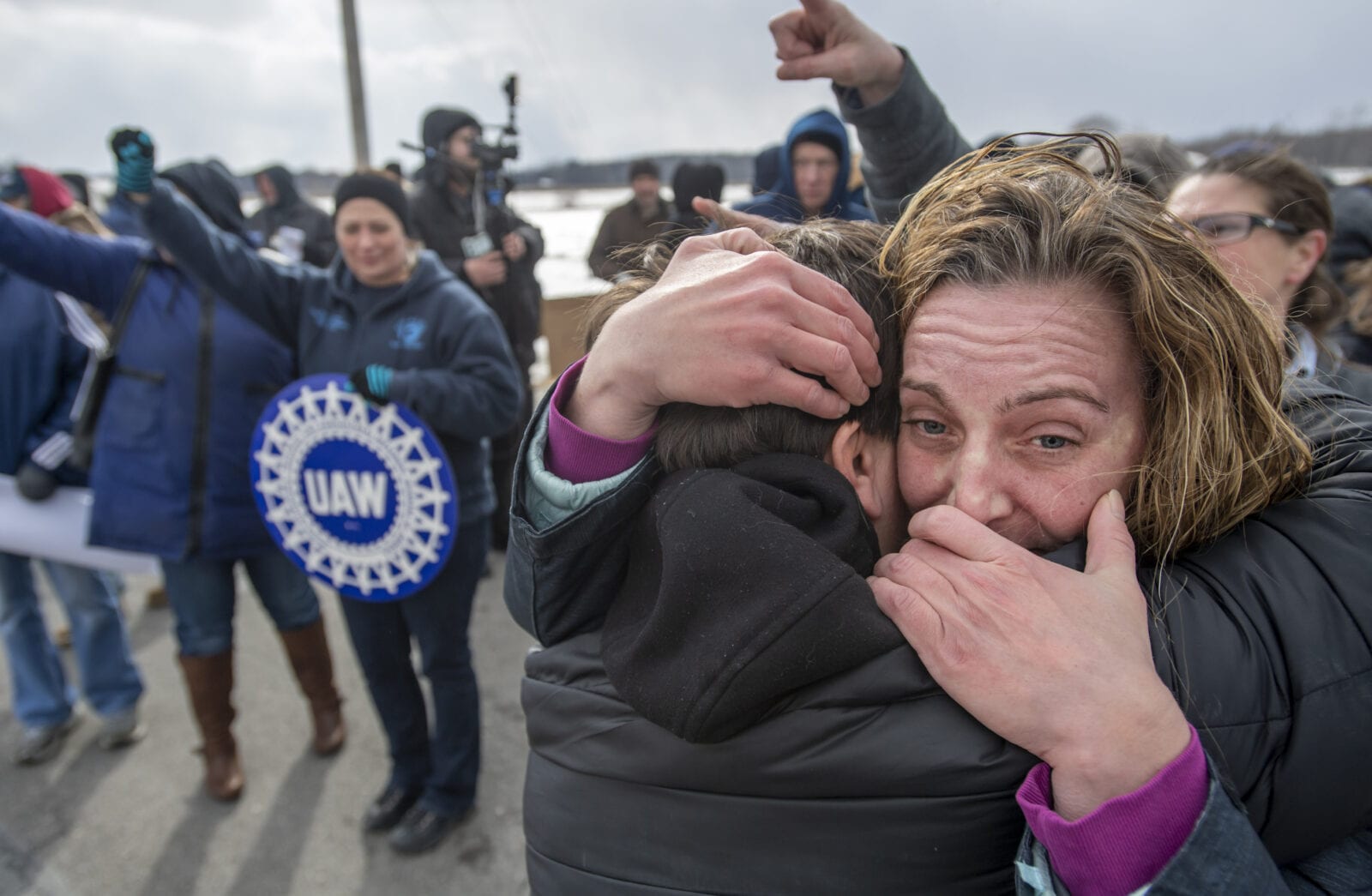 Amy Drennen, right, of Lordstown, Ohio, an employee at General Motors for 12 years, receives a hug from Pam Clark, as people gather in front of the General Motors assembly plant, Wednesday, March 6, 2019, in Lordstown, Ohio. Wednesday is the last day of the plant's Chevrolet Cruze production, a move that will eliminate nearly 1,700 hourly jobs and idle the plant. (Steph Chambers/Pittsburgh Post-Gazette via AP)

In June, The Business Journal and ProPublica first reported that Ohio had found GM in breach of its tax agreements and that economic development officials had recommended a 100% clawback. Some of the state’s most prominent elected officials then called for a full refund. Among the most vocal was state Attorney General David Yost, who filed a scathing brief with the tax authority this summer.

“GM complains that consumer preferences changed, and that the small cars manufactured at the plant were less popular — that gutting the manufacturing base of the Mahoning Valley by closing Lordstown was just business,” Yost said in his brief. “Ohio welcomes its long and continuing relationship with GM, but we want our money back. It’s just business.”

On Monday, Yost lauded the clawback agreement. “It’s good news to hear that GM will repay the financial incentives it was offered,” he said in a statement. “I look forward to seeing the details and watching further business relations flourish in the state.”

GM initially told state officials it shouldn’t be held responsible for repaying the tax credits, and it asked them to forgive “all, or a significant portion” of them.

The automaker highlighted its investment in a $2.3 billion battery manufacturing plant, now under construction in Lordstown. Dubbed Ultium Cells LLC, the project is a joint venture with LG Chem. The new battery plant is expected to employ about 1,100 workers earning $10 to $17 per hour, lower than those who work in auto assembly.

General Motors received tens of millions of dollars in tax breaks to operate a massive assembly plant in Lordstown, Ohio, until 2027. The plant closed last year, and the state may force a repayment of more than $60 million, documents show.

State officials took that issue under consideration, which led to a modified forbearance agreement with GM.

At the same time, the tax authority awarded GM a new tax credit to support the battery plant. In return for a promise to create 1,000 jobs, the company will receive a 15-year tax break estimated to be worth $13.8 million over its term.

GM spokesman Dan Flores said in a statement that the automaker appreciates the tax credit authority’s recognition of its “substantial manufacturing presence across the state of Ohio, including our significant investments in the Mahoning Valley.”

Gov. Mike DeWine, who had been reluctant to press GM for a full refund, welcomed the tax authority’s decision.

“GM has been a major employer in the state of Ohio for decades, investing in both the economy and our workforce,” he said. “While the decision to close the Lordstown plant was terrible news for workers and their families in the Mahoning Valley, today’s announcement will bring relief as well as investment by GM, who has committed to investing $12 million in the local community for workforce, education and infrastructure needs.”

JobsOhio, the private development arm that is contracted with the state to spearhead economic development projects, said Ultium Cells will generate $45 million in new payroll per year. The tax incentives take effect on Jan. 1, 2023, and will remain in place until Dec. 31, 2037, the tax authority said.

Work is underway at the site on a nearly 2-million-square-foot manufacturing plant that will produce lithium ion batteries for electric vehicles.

Dan O’Brien is a reporter and associate editor of The Business Journal, based in Youngstown, Ohio. He has covered business in the Mahoning Valley for more than 20 years.

ProPublica is a nonprofit newsroom that investigates abuses of power. Sign up to receive our biggest stories as soon as they’re published.

This article was produced in partnership with The Business Journal, which is a member of the ProPublica Local Reporting Network.