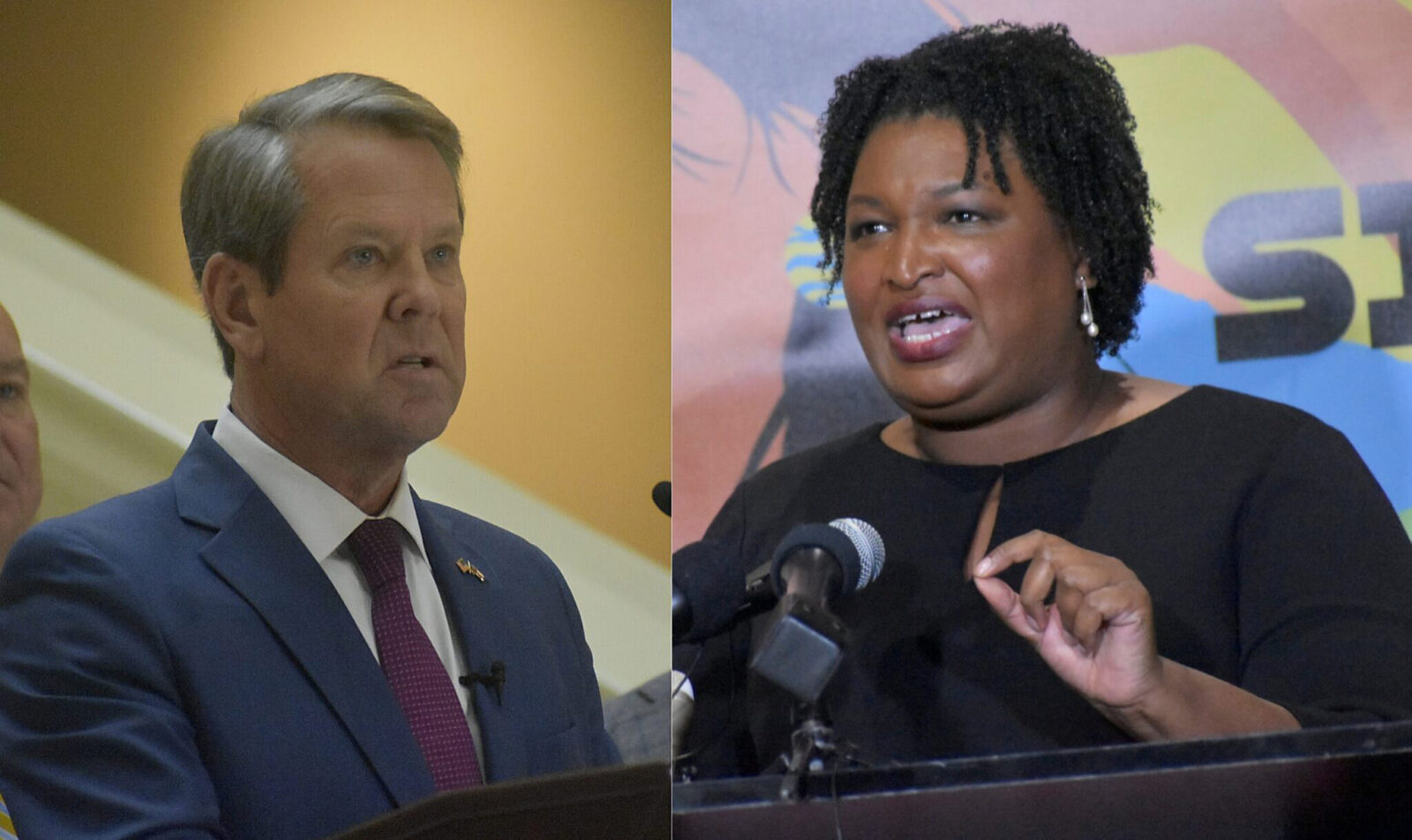 Georgia has got a lot of extra money right now. If the state’s estimated $5 billion budget surplus were printed out in dollar bills, it would come up to just under 20 square miles, enough bills to carpet every square inch of the state’s five busiest airports, with enough singles left over to buy five Boeing 737 MAX 8 jets and park one at each tarmac.

And that $5 billion is in addition to the other approximately $5 billion in the state’s rainy-day fund, as well as the remainder of the state’s share of federal COVID-19 relief money.

As Georgians continue to feel the pinch of inflation, the economy remains a top issue among voters. In a July Gallup poll, 35% of Americans listed one of several economic issues like inflation and fuel prices as the most important problems facing the country today.

The two Georgians seeking to lead the state next year, Republican Gov. Brian Kemp and Democrat Stacey Abrams, have wildly different ideas about what to do with the state’s surplus fund.

“The contrasting plans highlight the differences between Democratic and Republican sensibilities about what to spend and how to spend it,” said Emory University political science professor Andra Gillespie.

On Thursday, Kemp unveiled a $1 billion income tax rebate mirroring the one state lawmakers passed this year and another $1 billion rebate on local property taxes. Kemp’s office said the former will pay back between $250 for single filers and $500 for married couples, while the property tax rebate will save homeowners $500 on average.

And despite having beaucoup bucks in the state coffers, Governor’s Office of Planning and Budget director Kelly Farr told state agency heads Wednesday not to ask for any more state money next year than they got this year.

“Though Georgia’s economy and state revenues remain strong, inflationary pressures will be a significant driver in the upcoming budget cycle,” Farr wrote.

“Just as everyday Georgians are having to reevaluate their household expenses to meet rising costs on their existing budget, Gov. Kemp is asking state agencies to do the same.”

Kemp signed Georgia’s latest budget in May, and it funds the state through next July. At $30.2 billion, it represents a $2.9 billion increase over the previous year, thanks in part to federal COVID-19 aid. The budget included a $5,000 raise for all state employees including the last $2,000 pay hike in the raise he promised teachers on the 2018 campaign trail.

Abrams has also called for a $1 billion income tax rebate similar to Kemp, but she has far different plans for the remainder of the state’s windfall.

In a speech last week, Abrams pledged to create 25,000 to 45,000 new green energy jobs, expand Medicaid coverage, further boost teacher pay by an average of $11,000, invest $500 million into affordable housing, provide free technical college, expand HOPE Scholarships to include students with a C average and create a small business capital growth fund to provide $10 million to get new businesses off the ground.

Abrams plan would include legalizing sports betting and casino gambling to fund her college expansion, and she pledged that none of her priorities would require raising taxes.

“Hear me clearly, we don’t have to raise taxes, all we have to do is raise our expectations of those who lead us,” she said.

There’s an argument to be made for thrift, said Kyle Wingfield, president and CEO of the conservative-leaning Georgia Public Policy Foundation.

“When you think about the budget surplus, it’s important to remember that it’s money you have right now. There’s no guarantee that you’ll have the same amount of money in future years,” he said. “So, what we would hope anyone in a position to influence the budget or state spending would keep in mind that you don’t want to make commitments to ongoing costs because of one-time money, so we would prefer to see expenditures that don’t become ongoing obligations.”

One option would be to get an early start on the tax cuts passed by the Legislature this year and set to go into effect in 2024, Wingfield said.

“A one-time rebate, while it’s nice when people get it in their bank account, it doesn’t really influence behavior in a long-term way,” he said. “What influences behavior to work more, invest more, save more, which is what grows the economy, is knowing what your incentives are long term. And so if you can get to those better long-term incentives that the General Assembly created earlier this year, a year or two sooner than they had intended, that would be a big help to the state economy, because you would start getting that economic boost sooner rather than later.”

What exactly counts as surplus is largely up to the governor, said Danny Kanso, senior tax and budget policy analyst at the progressive-leaning Georgia Budget and Policy Institute.

Each year, the governor sets the state revenue estimate, the ceiling that determines how much the state can spend.

“Georgia is unique in that the power to set our revenue estimate is purely a policy decision that rests with the governor unilaterally,” Kanso said. “And so the governor, kind of using their own judgment, sets that revenue estimate with the advice of the state economist, but that is the final decision. And it doesn’t necessarily have to be based on any actual data or revenue returns.”

The state has a comfortable cushion in its rainy-day fund, so there’s a good argument to make for setting a higher revenue estimate and investing more in state services, Kanso said.

“It doesn’t make a whole lot of sense to have such a massive disconnect between what we’re collecting in revenues and what we’re spending, because to get the highest and best use out of the tax dollars, provided by Georgians, it’s best to spend those funds in an orderly and organized way, rather than trying to figure out one-time uses of the funds after the fiscal year,” he said.

Georgia is set to spend on average $121.32 less per person in the current budget than it did in 2008, according to GBPI, and the number of state employees fell by about 9% between 2018 and 2022, the fastest decline since the Great Recession.

“Across the board, state agencies are struggling to meet their mission to serve Georgians, we see real gaps and public education, in health care, the main functions of the state where most of the dollars the state spends goes to, about 75% of what the state spends goes to either health care and education, and so while we have those massive deficits, it just doesn’t make a whole lot of sense to not use the limited resources that the state has available to their highest and best use.”

Abrams’ big-time promotion of her economic plan could be seen as an attempt to hit Kemp in an area where he has been perceived as strong. The governor has for months been content to compare Georgia’s pandemic recovery with that of other states, and to point fingers at President Joe Biden for the nation’s economic distress.

“Some of that message is a bit of a base message and a mobilizing message to try to get Republican voters out, but I think it does provide some headwinds for Abrams,” Gillespie said. “Abrams is not running in an open seat contest this time, in a national political environment where the opposite party is unpopular and in charge of government.”

President Biden’s high disapproval rating – 55.2% on Monday, according to FiveThirtyEight – will be something Abrams will need to wrestle with, Gillespie said.

“So, I think a big question is, does her message of providing economic opportunity and her message highlighting things that could be done to improve healthcare access for low-income Georgians, is that going to resonate enough and override people’s concerns that they have about food prices and gas prices and other things that have been really concerning for people this year?” she asked.

The Georgia Recorder is an independent, nonprofit news organization that is focused on connecting public policies to stories of the people and communities affected by them.