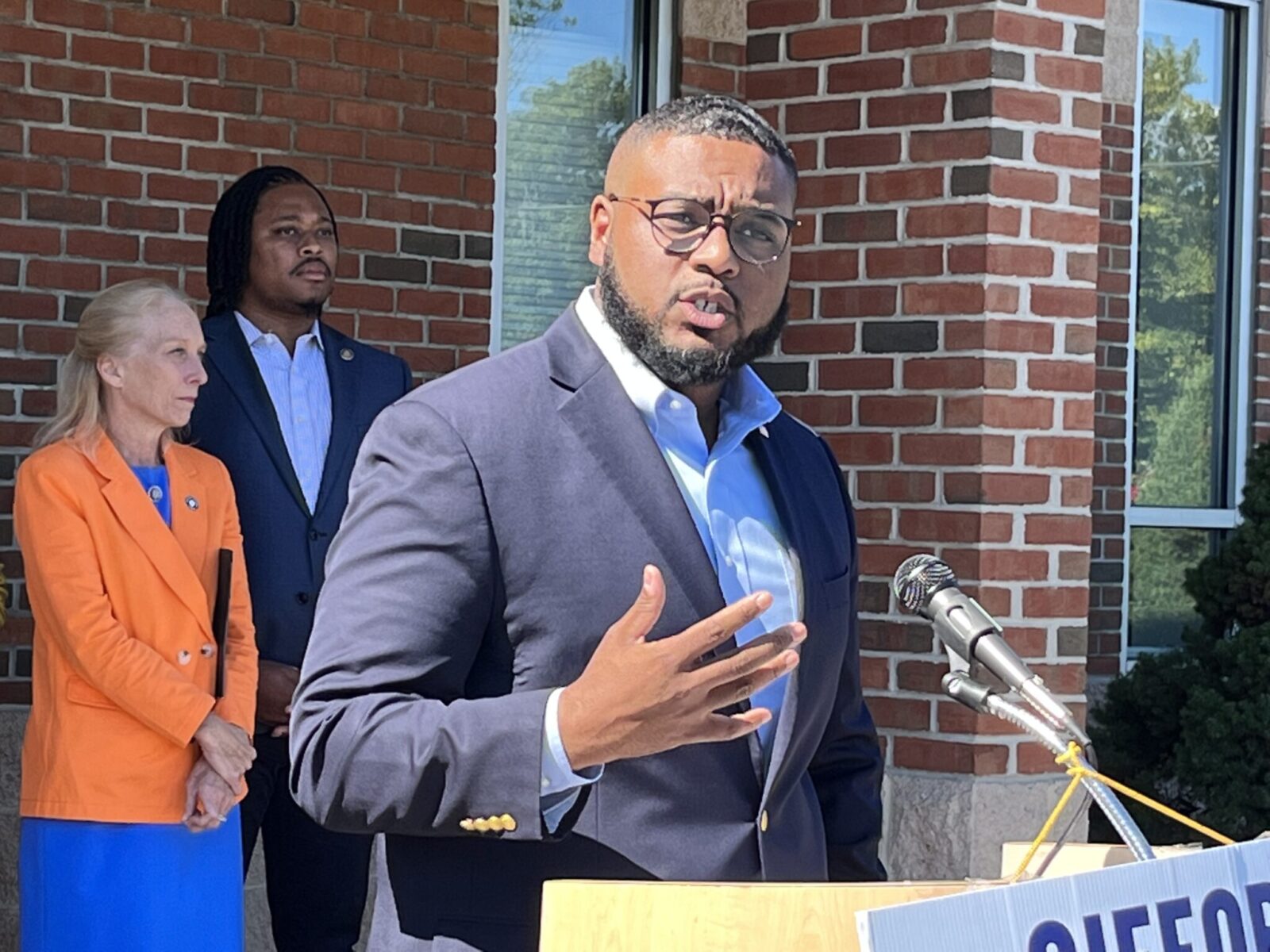 CHESTER, Pa. – In a Pennsylvania city once ranked among the most violent in the nation, Democratically elected officials and gun-crime activists gathered Tuesday to call on voters to “vote like their lives depend on it” to elect candidates who support gun reform and anti-violence initiatives.

Delaware County District Attorney Jack Stollsteimer said that when he became the first Democrat elected to his office in 2019, he set out to tackle gun violence in Chester, a former shipbuilding town on the Delaware River blighted by decades of disinvestment.

Through that effort and other programs such as federal grants for violence interrupters and a countywide mental health crisis mobile unit, the number of gun homicides in Chester declined 44 percent by October 2021, Stollsteimer said.

“Nobody deserves to have to bury their child anywhere in Delaware County, particularly in this city,” Stollsteimer said. “And we’re going to do every single thing we can to make it stop. It’s all about collaborations. … It’s all about us all working together.”

The rally, organized by the anti-gun violence group Giffords, came as the statewide races for U.S. Senate, governor and lieutenant governor near the final month before  Election Day. Giffords is named for former Congresswoman Gabrielle Giffords, who was shot at an event with constituents in 2011. 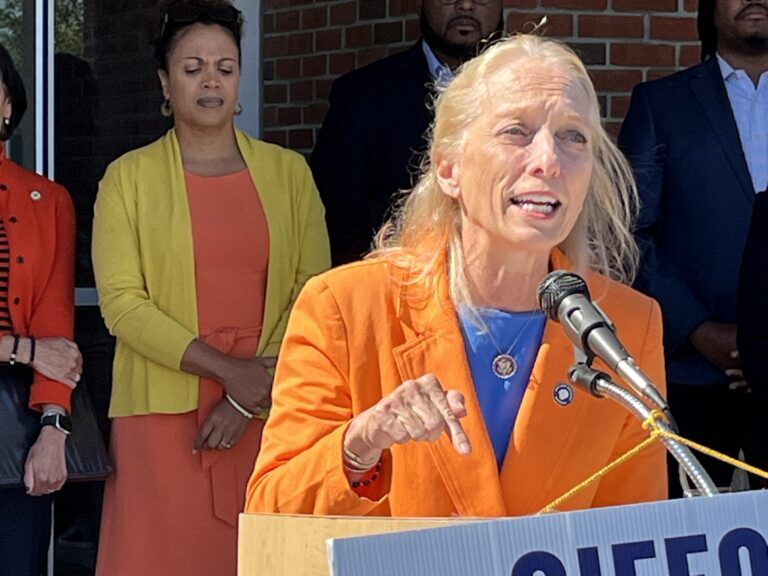 Oz has gone after Democratic U.S. Senate nominee John Fetterman for his record on the state pardons board and for his record on crime as mayor of Braddock, Allegheny County. Mastriano, a state senator from Franklin County, has painted Shapiro as a soft-on-crime prosecutor who failed to intervene in the gun violence epidemic in Philadelphia.

But Robin Lloyd, managing director at Giffords, said Mastriano, who has supported legislation to allow people to carry concealed firearms without a permit, would take Pennsylvania backward. And Oz has styled himself as pro-gun while disavowing earlier support for gun control.

“It’s clear that Dr. Oz will say anything to get elected while standing for nothing,” Lloyd said.

Davis spoke about the shooting two doors down from where he grew up in McKeesport, Allegheny County, when he was 16. It inspired him to form an anti-violence group when he was in high school and later become involved in government.

“From high school to the state House of Representatives, I’ve fought every single day to reduce gun violence. And I want to say the issue of gun violence is not just an urban problem, it is a Pennsylvania problem,” Davis, a state representative from Allegheny County, said.

He noted that on Saturday, three people, including two teens, were shot at the Kennywood amusement park in the Pittsburgh suburb of West Mifflin, part of Davis’ district.

“We cannot, nor we will not normalize burying our children. We need to make sure that we elect them, because those are the individuals that will make sure that they establish gun safety culture.” — Carol Kazeem, a Democratic candidate for the state House seat in Chester

Davis said he and Shapiro would take on not only gun violence but work to address the root causes of violence by improving access to education and good-paying jobs.

Davis said he would also work to close the loophole that allows ghost guns, which don’t require a background check and can’t be traced; require universal background checks; allow courts to order guns to be taken from people who pose a serious threat to themselves or others, and improve access to mental health care by putting counselors in school and removing barriers to telehealth.

“Our next governor will have an immense amount of power to bring people together and invest in our safety, or quite frankly, to drive us further apart and to be beholden to the gun lobby. The choice is clear,” Davis said.

Carol Kazeem, a Democratic candidate for the state House seat in Chester, told the crowd she has lost family members to gun violence and works as a violence interrupter in the city. While she and her colleagues have endured the risk and weathered the heartbreak of their work, they do it because every life is worth saving, Kazeem said.

But the lack of action has become deeply frustrating, Kazeem said.

“We cannot, nor we will not normalize burying our children,” Kazeem said, adding that votes for Shapiro, Davis and Scanlon would end the inaction. “We need to make sure that we elect them, because those are the individuals that will make sure that they establish gun safety culture.”

Peter Hall has been a journalist in Pennsylvania and New Jersey for more than 20 years, most recently covering criminal justice and legal affairs for The Morning Call in Allentown.