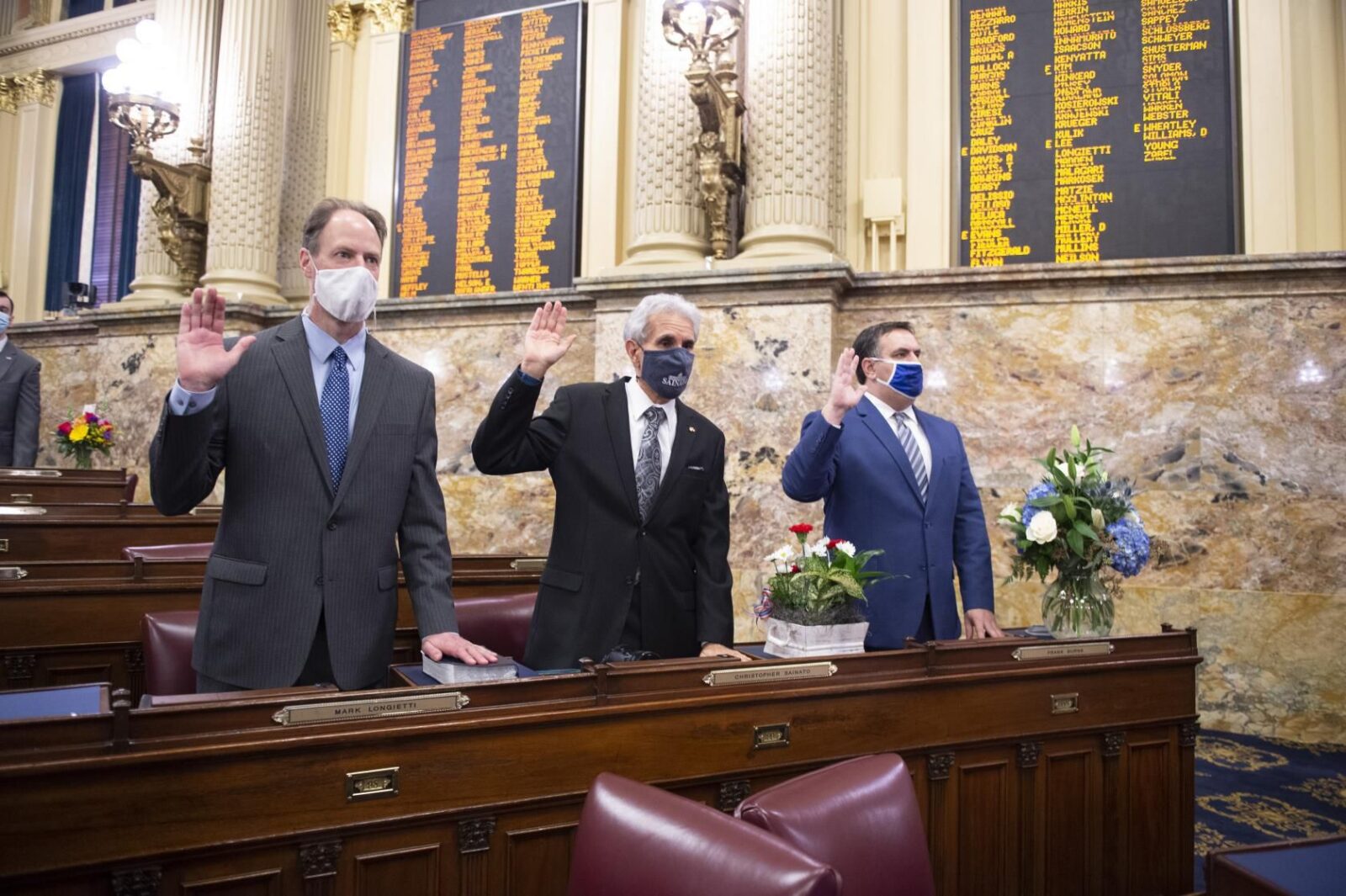 HARRISBURG — Within weeks of the first coronavirus cases last spring, as large swaths of Pennsylvania’s economy shut down, the state legislature followed suit, allowing most of its members to vote remotely.

Lawmakers said they were confident they could carry on the business of the people without gathering inside the General Assembly’s ornate chambers — where desks are spaced fewer than six feet apart — and, in some cases, without being in Harrisburg at all.

But that didn’t stop many of them from cashing in on expenses.

A Spotlight PA analysis of legislative records found lawmakers requested and received $726,877 from the beginning of March — as the pandemic emerged — through the end of 2020 as reimbursement for lodging and meals while traveling to and from the Capitol or other meetings across the state.

The analysis found two House Democratic lawmakers each padded their salaries by more than $24,000 in additional taxpayer money during that time through the special perk.

The payments, known as “per diems,” have long been criticized as an unnecessary largesse for the country’s largest full-time legislature, which pays the third-highest salaries for state lawmakers in the country.

But against the backdrop of the coronavirus pandemic, which has caused historic hardship for so many across the state, the payments are receiving fresh attention.

Per diems are daily flat rates lawmakers can claim when they travel more than 50 miles from their house for legislative business. Unlike in the private sector, legislators don’t have to provide receipts, leaving open the possibility that their actual daily expenses could be more or less than the full per diem rate, which in 2020 generally ranged from $178 to $200.

Pennsylvania has some of the most generous per diem rates among all state legislatures, according to an analysis by the National Conference of State Legislatures.

Lawmakers are not required to accept per diems and always have the option to forego them and instead submit receipts for expenses.

“All of us have been asked to make sacrifices during this pandemic, and the General Assembly should be no different,” Sen. Tim Kearney (D., Delaware) said last summer, as he and three Democratic colleagues introduced legislation to suspend per diems during the pandemic.

“It seems like the least we can do,” he added in a recent interview.

The bill was assigned to a committee last September but never got an airing. A bipartisan group of senators has signaled they will try, once again, to pitch a bill this session to require receipts for reimbursement. But politically, doing away with per diems will likely be a heavy lift because any change would be up to those who benefit most — the lawmakers themselves.

According to Senate officials, legislators in the chamber received a total of $90,425 last year in per diems. Of that, just under $58,000 was shelled out to 17 of 50 senators after the first presumed positive cases were identified in early March.

At the top of the list: Sen. Pat Browne (R., Lehigh), who — at $16,157 in per diem reimbursements during the pandemic months — far exceeded his colleagues, even those in leadership positions. Then-Senate Majority Leader Jake Corman (R, Centre), who was required to be on the floor during sessions and was second on the list for the most reimbursements in the chamber, collected $5,426.

Browne did not respond to requests for comment. In the past, he has noted that his role as chairman of the powerful Senate Appropriations Committee requires him to be in the Capitol more than other senators, particularly during budget hearings in early spring and budget negotiations that often bleed well into summer.

Still, the Senate’s reimbursements pale in comparison to the 203-member House of Representatives.

In all, the House paid out $955,696.68 for per diems in 2020, with at least $668,993 after the virus began to spread in Pennsylvania in March, records show. (Because House members were given extra time to file expenses after the pandemic hit, it is possible that the chamber’s per diem spending is higher.)

State Rep. Mark Longietti (D., Mercer) was neck and neck with Rep. Chris Sainato (D., Lawrence) in topping the list of reimbursements in the chamber. Longietti collected $24,115 to Sainato’s $24,073. Neither lawmaker responded to requests for comment.

Sainato, for one, is no stranger to rising to the top of the per-diem list. In 2016, he charged taxpayers for just over $30,600 in meals, lodging, and incidental expenses, according to PennLive. That was the most that year for any House member or senator.

At the time, Sainato noted that at roughly 250 miles away, his district is one of the farthest from the Capitol. He also said that since being elected in the 1990s, he’s never missed a voting day.

Indeed, in 2020, records show, he collected a per diem for nearly every voting session in the House after the chamber permitted remote voting in mid-March. He also often charged per diems for the day before and the day after session, in order to travel to and from the Capitol (although the flat rate for travel days is lower).

Even through the summer months, when the legislature wasn’t in session, Sainato raked in thousands in per diem expenses, mostly to attend hearings by the House Democrats’ policy committee. (Policy committees hold non-voting meetings focused on issues important to political parties).

Sainato attended 24 such meetings in July and August, according to House records, taking in about $5,800 in per diems in that time frame. 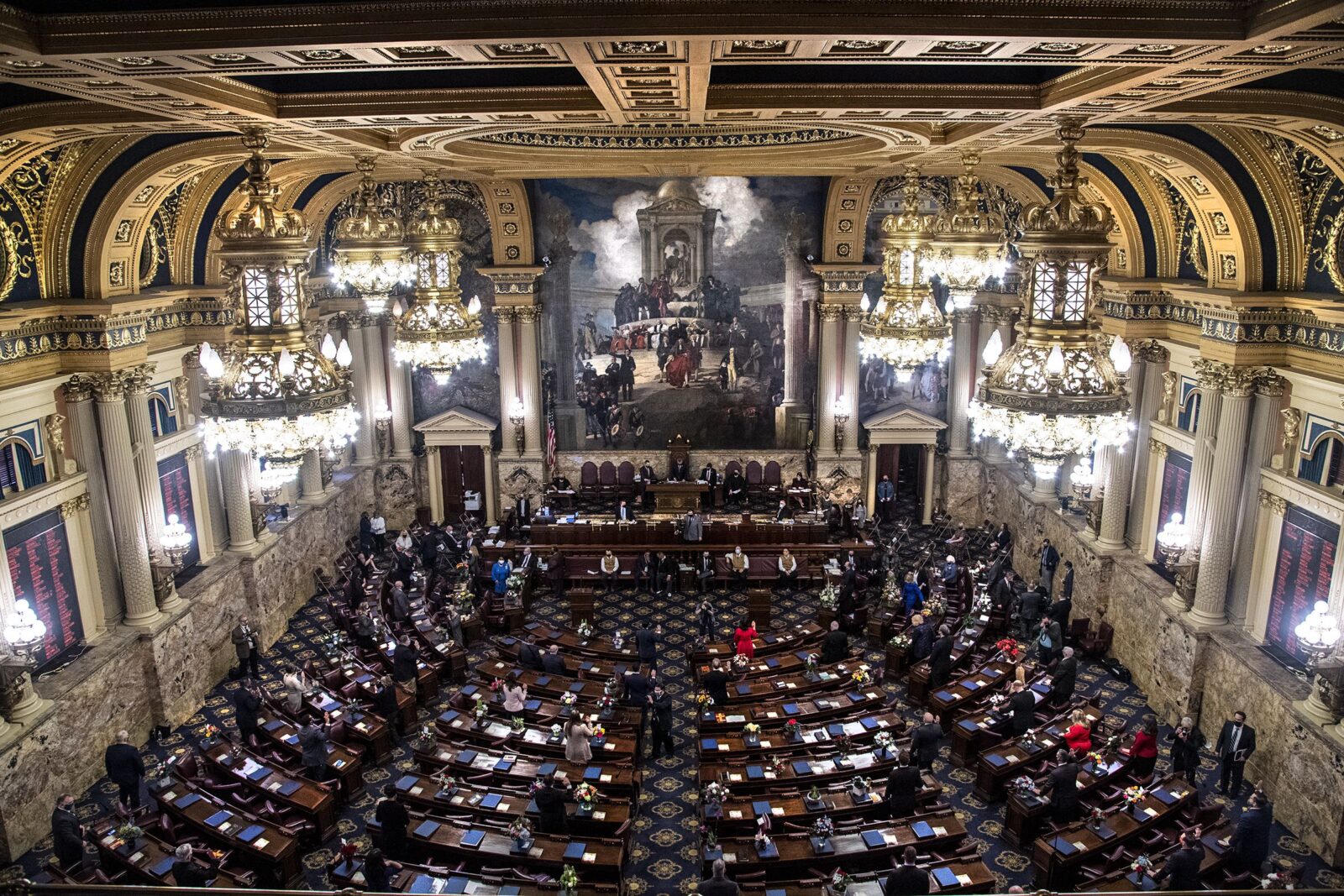 Often, the public doesn’t know whether or how much their lawmakers have padded their salaries with per diem payments. (JOSE F. MORENO / Philadelphia Inquirer)

Often, the public doesn’t know whether or how much their lawmakers have padded their salaries with per diem payments. That is because there is no easily accessible line-item in the legislature’s budget that spells out what it spends annually on such reimbursements.

Both chambers provide per diems breakdowns only through public records requests but do so in a format that is difficult to analyze in a meaningful way.

Dan Truitt, a Republican former House member from Chester County, said when he joined the legislature in 2011, he quickly came to the conclusion that per diems were something of a racket.

During voting weeks, he said, there were always breakfast fundraisers or receptions where lawmakers could score a free meal. As for dinner, lobbyists were frequently available to pick up the tab.

Taking a per diem on top of that seemed excessive.

“It started feeling really creepy to me, all the different ways people were maximizing the amount of money going into their pockets at taxpayer expense,” said Truitt, who served six years in the House.

While in office, Truitt said he introduced a bill in each legislative session to ban per diems. When he would circulate a memo to colleagues seeking co-sponsors for the legislation, he said he would jokingly start out with the phrase, “In an effort to make new friends…”

The bills never got a hearing, he said.

In mid-March of last year, the House passed temporary rules to allow members to vote remotely (the Senate already had rules in place to allow remote voting). Party leaders and committee chairs still had to physically be present in the Capitol to formally consider legislation, but rank-and-file members could submit votes from afar to their leaders, though they could not participate in debates.

The normally packed voting floor in both chambers cleared out significantly. Still, on any given session day, there were more Republicans in the chambers than Democrats. As time went on, Democrats complained bitterly that a handful of GOP lawmakers would show up in person but flout mask-wearing rules, creating an unsafe work environment.

Even so, in the House, Democratic lawmakers ended up charging more in per diems than their GOP colleagues: $401,068 from March 1 through Dec. 31, to Republicans’ $267,925, according to records.

The top per diem earner on the GOP side, former state Rep. Tom Murt of Montgomery County, received nearly $10,000 less than Sainato, collecting $14,732. Murt was sixth for per diems overall in the House, with the Democrats snagging the top five slots.

Rep. Kevin Boyle, a Democrat from Philadelphia, had the third-highest reimbursement total in the House, collecting $21,604 during that time frame.

In an interview, he said 2020 was an unusually hectic year for the House State Government Committee, on which he serves as minority chair. The panel was the hub last year for COVID-19 and election-related legislation, making it one of the busiest in the legislature. It met at least 17 times after the pandemic began, legislative records show.

Not only was it one of the busiest committees in the state legislature, Boyle said, but “one of the busiest in America” given the scope of its work in a historic election year during a pandemic. And as the ranking Democrat on the committee, he was required by House rules to attend committee meetings in person.

The committee’s Republican chairman in 2020, former state Rep. Garth Everett of Lycoming County, collected just $2,138 after the pandemic began. In an interview, he seconded Boyle’s description of how busy the committee was last year. But he said he tried to commute most days, given that his district is a manageable 90-minute drive, and took partial per diems mostly for meals.

Lawmakers have the option to opt-out of collecting per diems and instead get reimbursed by submitting receipts for the actual cost of lodging and meals while in Harrisburg or other parts of the state on legislative business.

In the House, 61 members went that route in 2020, according to chamber officials, who noted that it is possible some of those lawmakers also collected partial per diems (for instance, just for lodging or just for meals).

Still, the difference in price tag is stark: The House last year paid out $115,747 to lawmakers who submitted receipts for lodging and meals — nearly $840,000 less than what it shelled out for per diems.

Spotlight PA reporter Cynthia Fernandez and Sam Janesch of The Caucus contributed to this article.