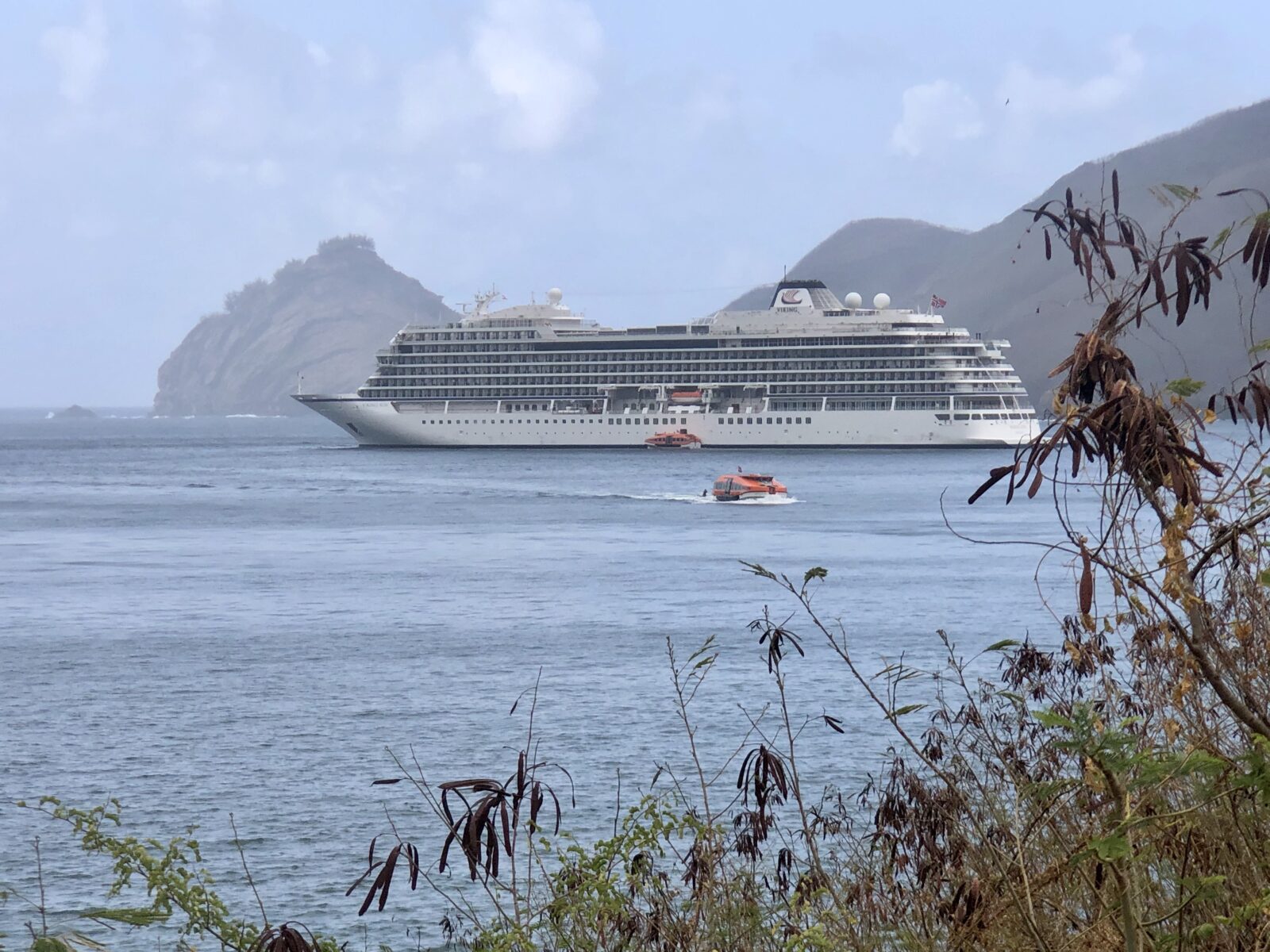 The Viking Sun, which holds more than 900 passengers, is one of several ships that Viking Cruises operates.

A Pittsburgh woman aboard the Viking Sun for an around-the-world cruise just returned home after the coronavirus cut her dream trip short. Viking Cruises, one of the world’s largest cruise companies, last week canceled operations until May 1 due to the virus.

Still, she writes, she felt safe on the ship.

I boarded the Viking Sun on Jan. 4 for a four-month cruise from Los Angeles to London. It was going to be the trip of a lifetime — my retirement present to myself. A chance to see new places, like French Polynesia and New Zealand, to revisit China and Thailand, and to finally see Petra and Luxor.

And it ended two months early when I got off the ship on March 8 and flew back to Pittsburgh from Bali, Indonesia via Dubai and Boston.

I didn’t leave the Viking Sun because I was afraid of contracting the coronavirus or being quarantined. Cruise ships have always been vulnerable to virus outbreaks. Bad stuff can happen when so many people live and eat together in close quarters for days, sometimes weeks, and occasionally months. Anyone who travels frequently, however, knows you need to factor risks, big and small, into your decision-making and comfort factor equations.

I felt quite safe on Viking Sun. It’s considered a small ocean liner, with a capacity of 930 passengers and several hundred crewmembers, when compared to the mega-ships that have thousands of passengers. I know it’s a false sense of security but for me, size matters when choosing a cruise ship — and the smaller the number of people with whom I interact, the better chance I figure I have to avoid something awful.

Viking is also committed to safety. Even before the virus became front-page news, thanks to the outbreak on the much larger Diamond Princess, I would watch the crew constantly disinfecting handrails and surfaces and door handles and countertops. There were automatic hand sanitizers in the restaurants, at the end of the gangway, and at the entrance to the theater. And people used them. In the World Café, we stopped to wash our hands with soap and hot water before we approached the food. In the fitness center, we all wiped down the equipment and the mats after we used them. Sanitizing just became part of the routine of shipboard life. Even the captain, during his noon announcement, admonished us to “wash, wash, wash” our hands.

I didn’t leave when the spread of the virus in China and Hong Kong caused the ship’s itinerary to change dramatically, forcing us to skip all of the countries in the Asia segment. Viking stepped up, offered refunds, and repositioned the ship to new ports. I was disappointed but not alarmed.

“I figured we could sail through this virus, literally and figuratively.” 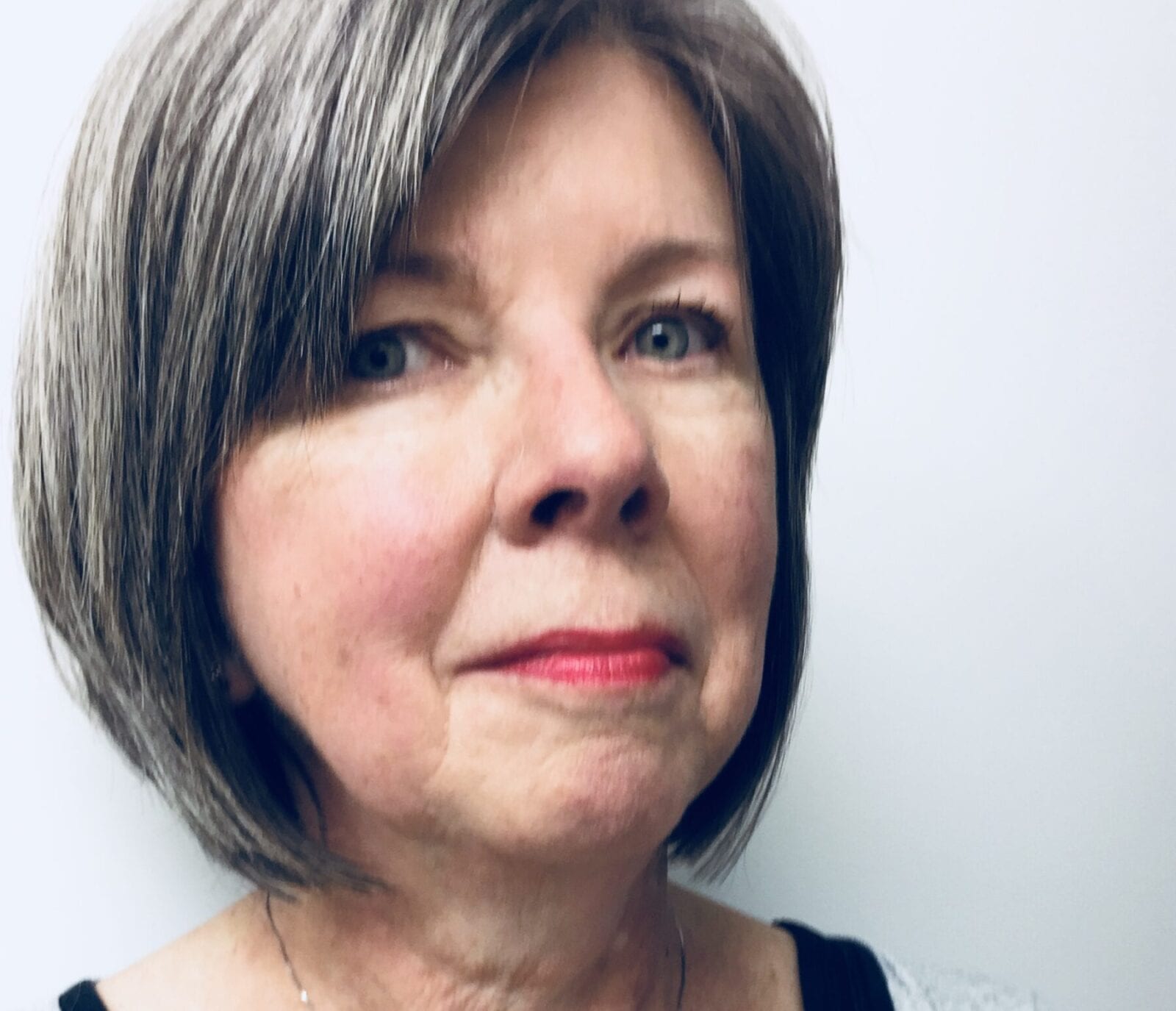 But then someone, somewhere started a rumor about the ship after we left Australia. Social media reports and false stories began to circulate that two of our passengers were infected with the virus. At our first stop in Indonesia, Komodo Island, home of the famous dragons, local officials there refused to let the ship dock until medical personnel took our temperatures. They did. And all of us, passengers and crew, passed. Nevertheless, those same officials insisted we wear facemasks when we left the ship. So we did.

At our next stop, officials in Semarang, Java simply refused to let us disembark, including initially two passengers who needed medical attention — one for an injured leg and the second for chest pains. The ship’s medical personnel were able to get an exception for them, and the rest of us watched from our balconies and the decks as two ambulances with flashing lights met the ship. We watched as local medical personnel in full protective gear walked up the gangway and then carried the passengers off on stretchers.

I watched as men at the port held up their smartphones to film what was happening. And as someone who spent her career in communications, that was when I knew those pictures and videos would shape the narrative. No one would believe our ship was virus free. It was now all about manipulating the optics.

Surabaya was the next Indonesian port to turn the ship away. The Jakarta Times then picked up the story, noting the governor of Bali, our next port of call, had rescinded his permission for the Viking Sun to dock, saying that any “small” short-term revenue loss was worth the price of protecting Bali’s image and its people.

Extensive negotiations between local and regional politicians and authorities, and senior representatives of the ship and Viking’s corporate office, ensued. A tentative compromise was reached. Balinese medical teams came on board and took the temperature of the passengers and crew. And again, we all passed. As we waited for the final permission from the Indonesian government to be granted, I passed the afternoon watching huge jets fly over the ship, wondering if everyone coming into the Bali airport was required to undergo a temperature check — or if it was just us because we were coming in on a cruise ship. We were finally allowed to disembark the next day but only after the medical teams came back on board to do a third temperature check.

By now the writing was on that proverbial wall. The fear and speculation about our ship and the stories about other cruise ships were combining into a perfect optics storm. We were being held hostage by the argument that “you may be all right at this moment in time but you are on a cruise ship and you will leave death and destruction in your wake.”

So what did finally tip the scales for me in my decision to leave the cruise?

It was the fear our borders here in the U.S. would start to close, figuratively or literally. That airlines would start canceling international flights or restricting flights from certain countries, making it near impossible for me to get home. And I worried President Trump would close our borders because he didn’t want to take the chance that someone traveling abroad might potentially raise the number of cases here at home — like those passengers on the Diamond Princess.

People say we should avoid cruise ships because they are floating Petri dishes. That broad-brushed damnation is pretty rich since the NCAA originally announced March Madness would go on as planned and the president reiterated his intent to hold rallies despite the social distancing advocated by health professionals. The NCAA came to its senses, and the NBA reached the same decision. The president finally canceled several upcoming rallies, albeit reluctantly. It would have been helpful if he had set the example rather than equivocated.

You know where I didn’t feel safe? At the airport in Bali. And Dubai. And in Boston Logan. And on the three flights, I took to get me back to Pittsburgh. I saw no hand sanitizers in the airports. People were coughing all around me. I felt like I was in a scene from the movies “Contagion” and “World War Z.”

I felt safe on the Viking Sun. And I will cruise with them again. But it will take a whole lot of hand sanitizer to make me feel safe now in an airport, on a plane, at a sporting event — or attending a political rally. And, to be honest, I don’t feel all that safe here in Pittsburgh because all of this just doesn’t seem real to so many people here. It still seems so far away, something that is happening to other people in other places. It hasn’t hit home, literally or figuratively.

Thankfully, there are very few cases in this area but that can change in a nano-second. I am symptom free but I am still self-quarantining since I’ve been on two international flights. And I can’t help but wonder how prepared we are here if things get really bad.

Viruses and fake news and complacency have a lot in common. They easily spread — and can do real damage to a whole lot of people. So next time, think twice before posting that rumor on social media. Take this outbreak seriously; it is not the flu. And get ready for life as you now know it to change dramatically.

Jeanne Hartig, Ph.D. is former vice president of marketing and communications at Carlow University in Pittsburgh.