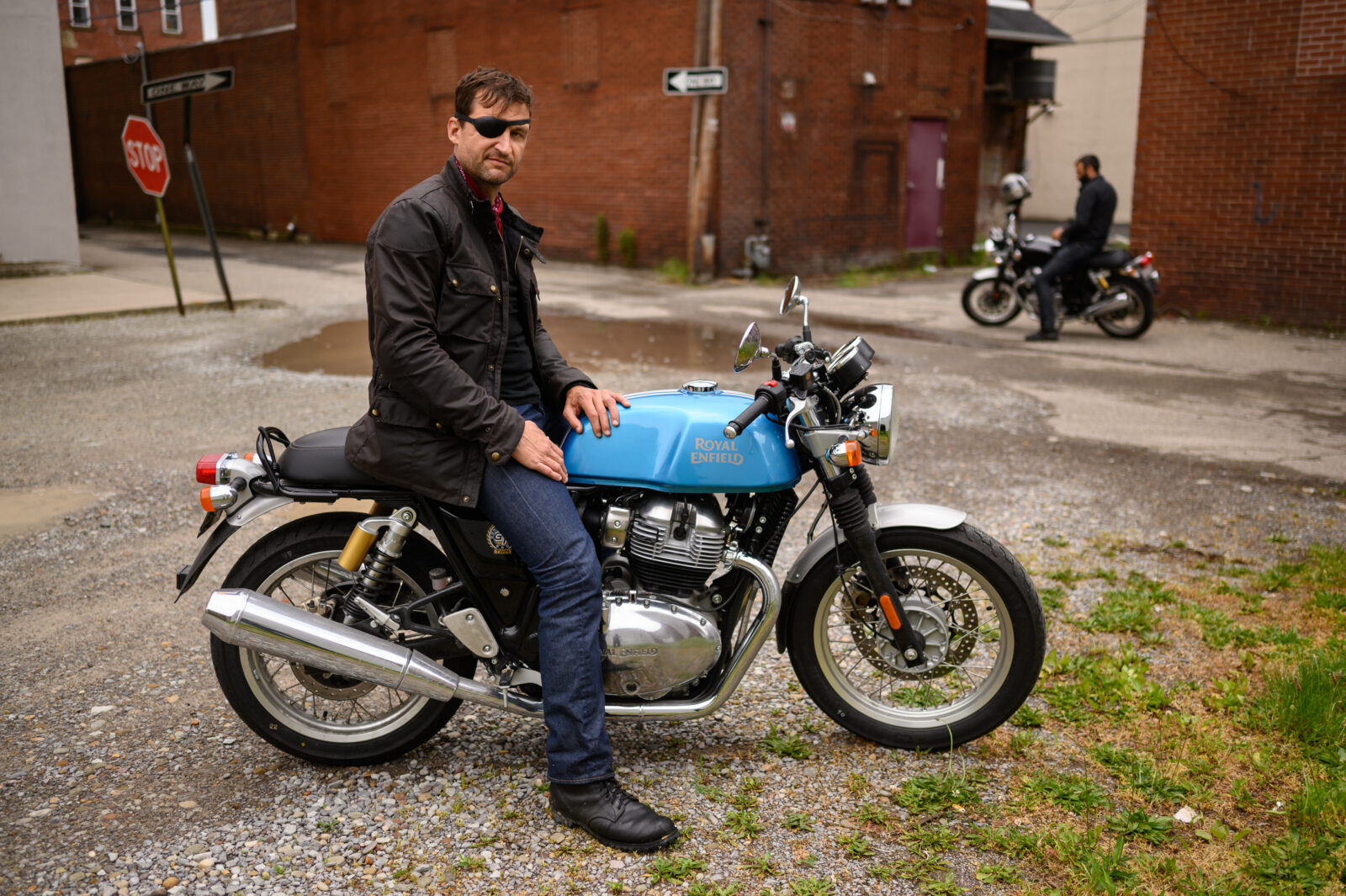 Carmen Gentile in an alley in New Kensington, Pa., on Monday, May 24, 2021. Jason Motlagh, on assignment for Rolling Stone, is in the background.

NEW KENSINGTON, Pennsylvania — “Here’s where the local mob boss used to have his office,” I tell the crew while pointing to an ornate building in my hometown, a once-thriving industrialized suburb that’s seen better days, though is slowly making a comeback.

Stories about the “New Ken” mob always intrigue visitors, so I elaborate on how back in the day capo Sam Mannarino not only ran much of the illegal activity in Western Pennsylvania, but also a casino in Havana, prior to the revolution.

And when Fidel Castro’s revolutionaries ousted Cuban President Fulgencio Batista, I tell them legend has it that “The Beard” made a pilgrimage to the New Ken area to meet with Mannarino and the other capos. The mob had hoped to keep the money spigot open down there with Castro in charge, a dream that was dashed when Fidel adopted strict, communist rule that made most private enterprise illegal.

Jason and members of our production crew listen to me tell stories reminiscent of the Cuba subplot in “Godfather II,” with mouths agape. 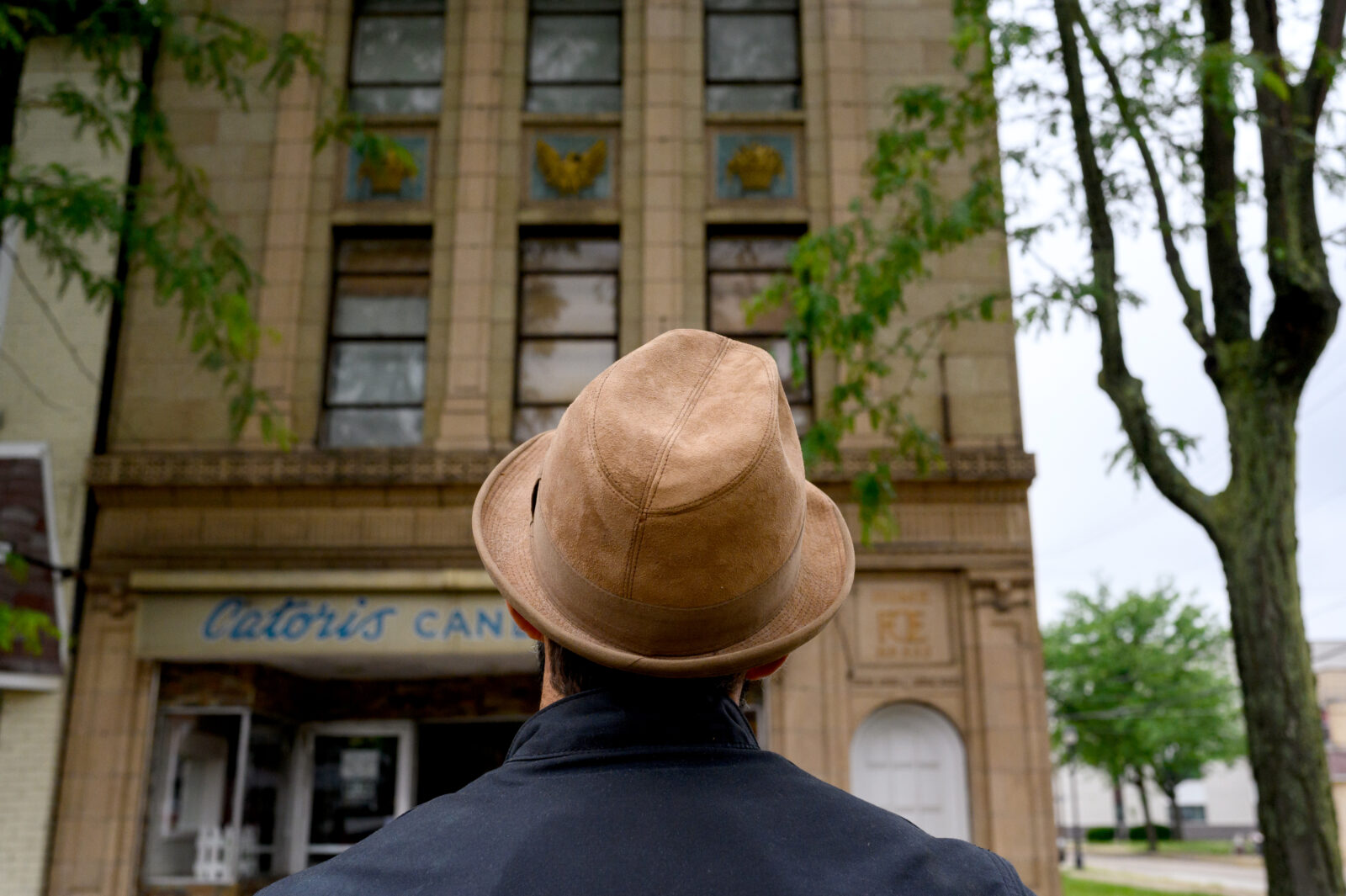 Jason Motlagh looks over a business along Fifth Avenue in New Kensington, Pa., on Monday, May 24, 2021.

Only photographer Justin Merriman is unfazed by the colorful, sometimes violent tales connecting this small corner of Postindustrial America to world-rattling, geopolitical events more than half a century ago.

That’s because Justin, like me, cut his journalism teeth covering the New Ken area, so we know the local mafia lore chapter and verse. We learned much of it while working at the Valley News Dispatch, a scrappy local newspaper that’s produced an incredible assortment of journalists to which I’m still struggling to match up.

Here’s just a sample of the talent that’s come out of that daily:

Eddie Adams: Pulitzer-Prize winning photojournalist. He captured the image of the Vietnamese man being shot in the head during a war that continues to haunt the American consciousness.

John Filo: Pulitzer-Prize winning photojournalist. While still in school and working as a young staffer at the Dispatch, Filo shot the photograph of the dead protester and grieving girl at the 1970 Kent State Massacre.

Another giant of the newspaper game to come out of the New Ken area was none other than Nellie Bly, who in the 1880s went undercover and reported from an insane asylum, one of her many incredible reporting feats which also included traveling around the world in what at the time was a record-breaking 72 days.

So yeah, theirs are really big journalist shoes to fill in one small area. 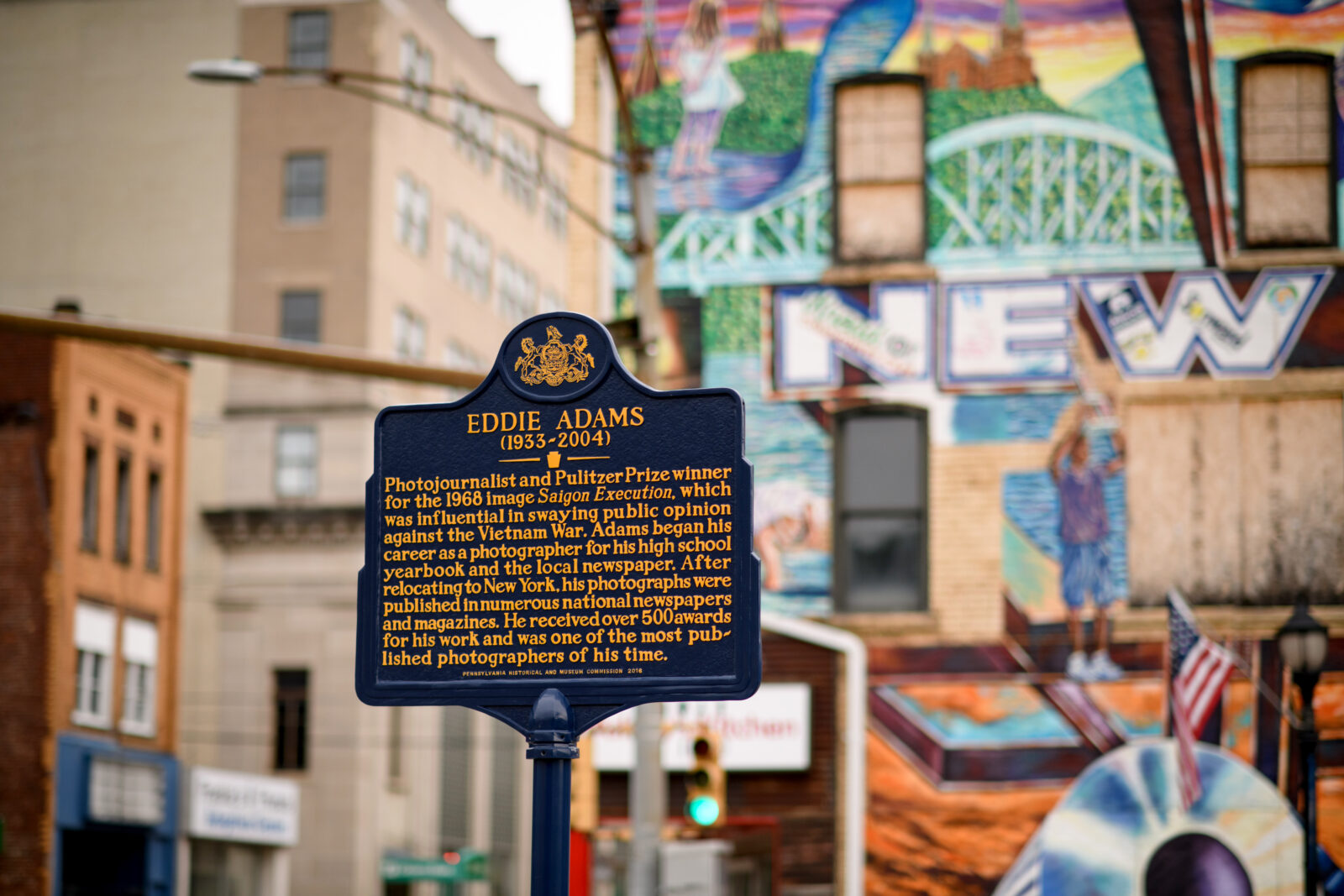 A historical marker for photojournalist and Pulitzer Prize-winning photographer Eddie Adams stands in New Kensington, Pa., on Monday, May 24, 2021. Adams was born in New Kensington in 1933.

While gazing at the city’s plaque commemorating Adams’ career, I contemplate my own place in the annals of New Ken journalism and tell myself I really need to step up my game.

We then get back on our bikes and ride to another part of town to shoot photos and take one last look around. I showed the crew the industrial park that once housed the city’s largest employer, Alcoa. I tell them that at one time, New Kensington was once the world’s largest producer of aluminum.

Those days of reliable factory employment are long gone and the city’s fortunes were in freefall for decades. Drugs, crime and despair destroyed the fabric of the community. A police officer was killed on the job. As things grew worse, more folks moved away, homes we abandoned, condemned, then torn down. The future seemed bleak.

That is, until recently, when a dedicated group of locals and new arrivals to New Ken began reimagining the city for the Postindustrial age. These days there are a handful of new businesses in the downtown area, including restaurants, a brewpub, candy store, and more.

But really, there’s no need. This crew has been working together tirelessly these last 10 days to chronicle similar tales of hardships and perseverance throughout Postindustrial America.

Justin Merriman is a freelance photojournalist who has traveled the world to cover politics, wars, natural disasters, civil unrest as well as covering assignments throughout the United States. His work has appeared in leading national publications and he has received multiple top journalism awards.