Supporting mother and child after birth is key to setting up families for success later in life — but what happens when there are barriers to getting care? Some moms can lose Medicaid coverage about two months after they give birth. At the same time, they also may be challenged by conditions and health issues such as postpartum depression.

The American College of Obstetricians and Gynecologists recommends that “postpartum care should become an ongoing process, rather than a single encounter, with services and support tailored to each woman’s individual needs.”

In Episode 7 of Good Health, Better World, we hear from Congresswoman Robin Kelly, who was a sponsor of the bipartisan Helping MOMS Act (Helping Medicaid Offer Maternity Services Act of 2020). The legislation — which Kelly intends to champion again this year — would ease states’ ability to extend Medicaid coverage for low-income pregnant women for up to one year after they give birth.

The proposed legislation didn’t make it through the last session of Congress, but Kelly, a Democrat from Illinois, is working with her colleagues and maternal health advocates to update the language that was in the bill last year. It will be reintroduced and will look very similar to the language from last year, a spokesperson said.

How could extended coverage, publicly funded, help mom and baby in the long run? Read, then listen, to the conversation.

Can you tell us about what this initiative aims to do?

The Helping MOMS Act helps those women on Medicaid, which is about 50%, maybe a little bit more, of the women having babies. Things don’t just happen the day they have the baby, or even two months later, there are a number of things that happen three months, four months, eight months after a baby is born. So, we wanted to make sure that they had access to their healthcare, to their doctors. 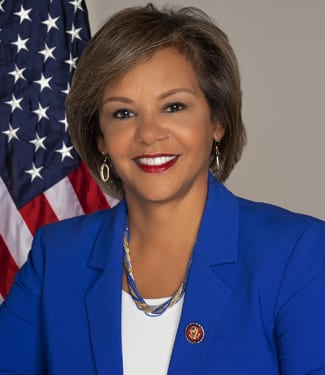 Illinois Congresswoman Robin Kelly, (D-2nd) who was a sponsor of the bipartisan Helping MOMS Act (Helping Medicaid Offer Maternity Services Act of 2020). Congresswoman Kelly is a member of the House Energy and Commerce Committee and the Health, Energy, and Consumer Protection and Commerce subcommittees. Her Energy and Commerce work is focused on expanding access to healthcare and economic development. Additionally, she Co-Chairs the Congressional Caucus on Black Women and Girls. Kelly previously served as a state representative and was Chief of Staff to Illinois State Treasurer Alexi Giannoulias.

Can you talk a little bit about resistance that you’ve encountered, and especially if you think that part of what may be going on here is just the expectations that we have of women generally to make it work? And whether those expectations are especially high for women in communities of color.

Too many of my colleagues feel that people can just pull themselves up by the bootstraps. I hate to say people don’t care, but since I’ve been in Congress seven and a half years, sometimes that’s how I feel. It may not be their constituents. It’s hard to really put my finger on it.

It’s always interesting to me that people care about the unborn, but once the child is born and their family, they don’t seem to care as much. Just like when you think about the summer and the rate of African-Americans getting COVID and dying, I think that people seem shocked, but this has been going on forever. When you, when you look at African-Americans and AIDS and heart health and diabetes — we’ve suffered for a long time.

Do you think that we’re going to see new partnerships, public, private individual citizens coming together to really continue and hopefully bring to a new level of resolution work on addressing racial disparities?

One of my friends says love is a verb — don’t tell me you love me, show me you love me. And that’s the thing. Let’s stop talking about it. Let’s show it.

It’s just that we have to keep it up. We can’t rest because things aren’t stopping and we need people to pay attention. And in regard to this bill, I need people to call their senators and say, “This is a good bill. We want this bill.”

Another important thing is diversifying the pipeline. There’s been many studies that you do better when it’s someone that either looks like you or understands the reality of your situation. So, there is more work to do.

Listen to the rest of the conversation on the Good Health, Better World podcast.

From housing to jobs, insurers are investing in programs to help support a healthy lifestyle