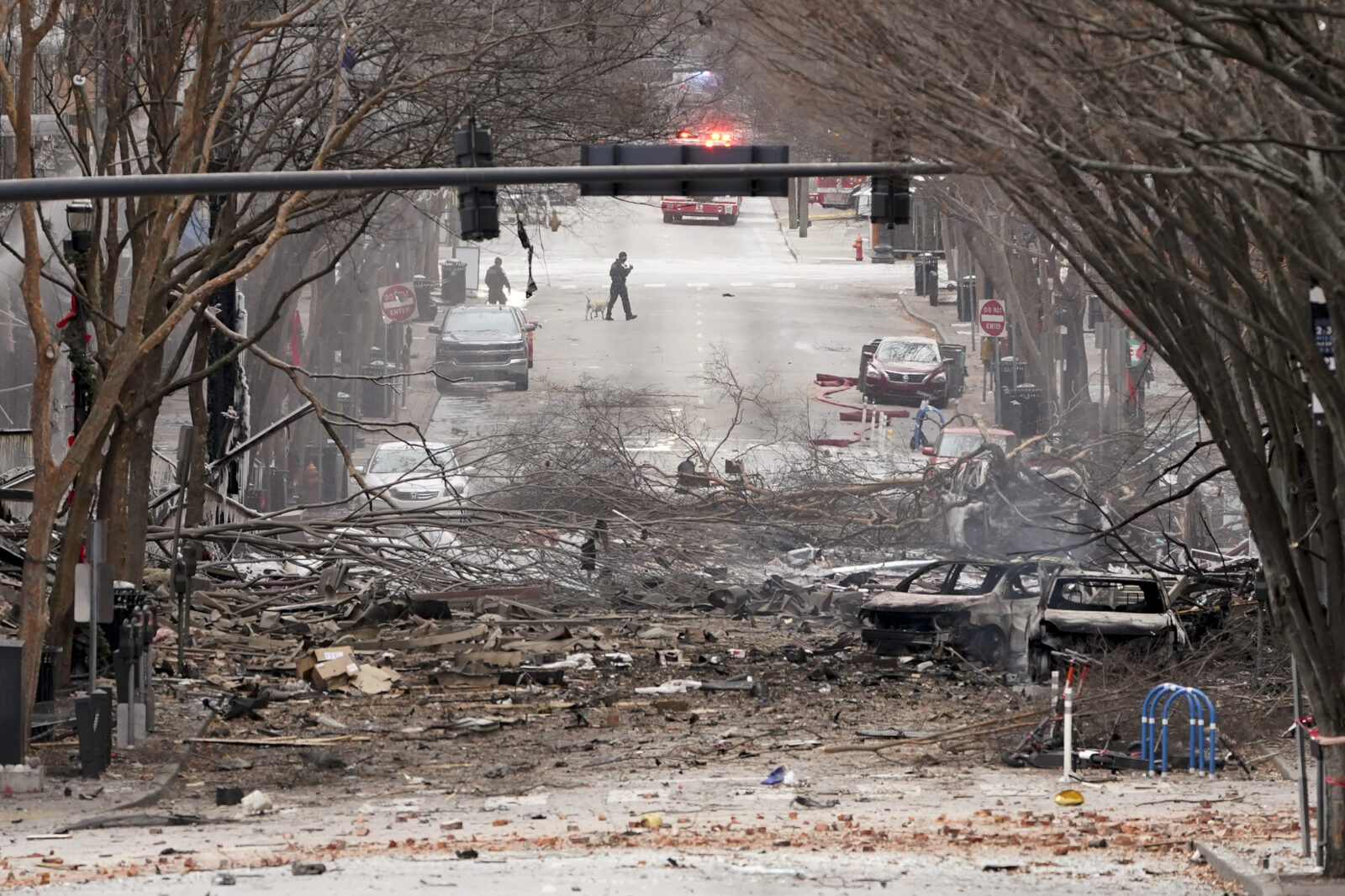 Emergency personnel work near the scene of an explosion in downtown Nashville, Tenn., Friday, Dec. 25, 2020. Buildings shook in the immediate area and beyond after a loud boom was heard early Christmas morning. (AP Photo/Mark Humphrey)

The suspect in a Christmas morning explosion in Nashville died in the blast and appears to have acted alone, authorities said.

The Associated Press reports that investigators used DNA and other evidence to link Anthony Quinn Warner, 63, of nearby Antioch, to the scene.

From The Associated Press: “We’re still following leads, but right now there is no indication that any other persons were involved,” said Douglas Korneski, special agent in charge of the FBI’s Memphis field office. “We’ve reviewed hours of security video surrounding the recreation vehicle. We saw no other people involved.”

The motive is not clear. There are only three known injuries caused by the explosion.

Warner had experience working with alarm systems and electronics, USA Today reports, and he once worked as an independent computer technician with a real estate firm.

Federal authorities investigated a home linked to Warner on Saturday, Newsweek reports. The home is located about 10 miles from the blast site. The Daily Mail reports that Warner gave the home investigators searched and another away for free to a Los Angeles woman.

Michelle Swing, 29, told the Daily Mail she did not know that Warner had earlier this year given her the home that investigators raided.

“I didn’t even buy the house he just deeded it over to me without my knowledge. So this all very weird to me, that’s about all I can say,” she told the media outlet.

The explosion that tore through the historic country music district damaged more than 40 buildings.

Investigators appealed to the public to report information related to the RV, which was caught on camera in the area of the explosion in wee hours of Christmas morning, the Tennessean reports. More than 500 tips poured in.

Metro Nashville Police Department spokesman Don Aaron said police responded to a call of shots fired just before 6 a.m. Christmas Day but found no immediate signs of a shooting, although officers noticed a suspicious vehicle and called for a hazardous unit. While they waited, the vehicle exploded, The Associated Press reports.

For more details, see the Tennessean, and CNN. 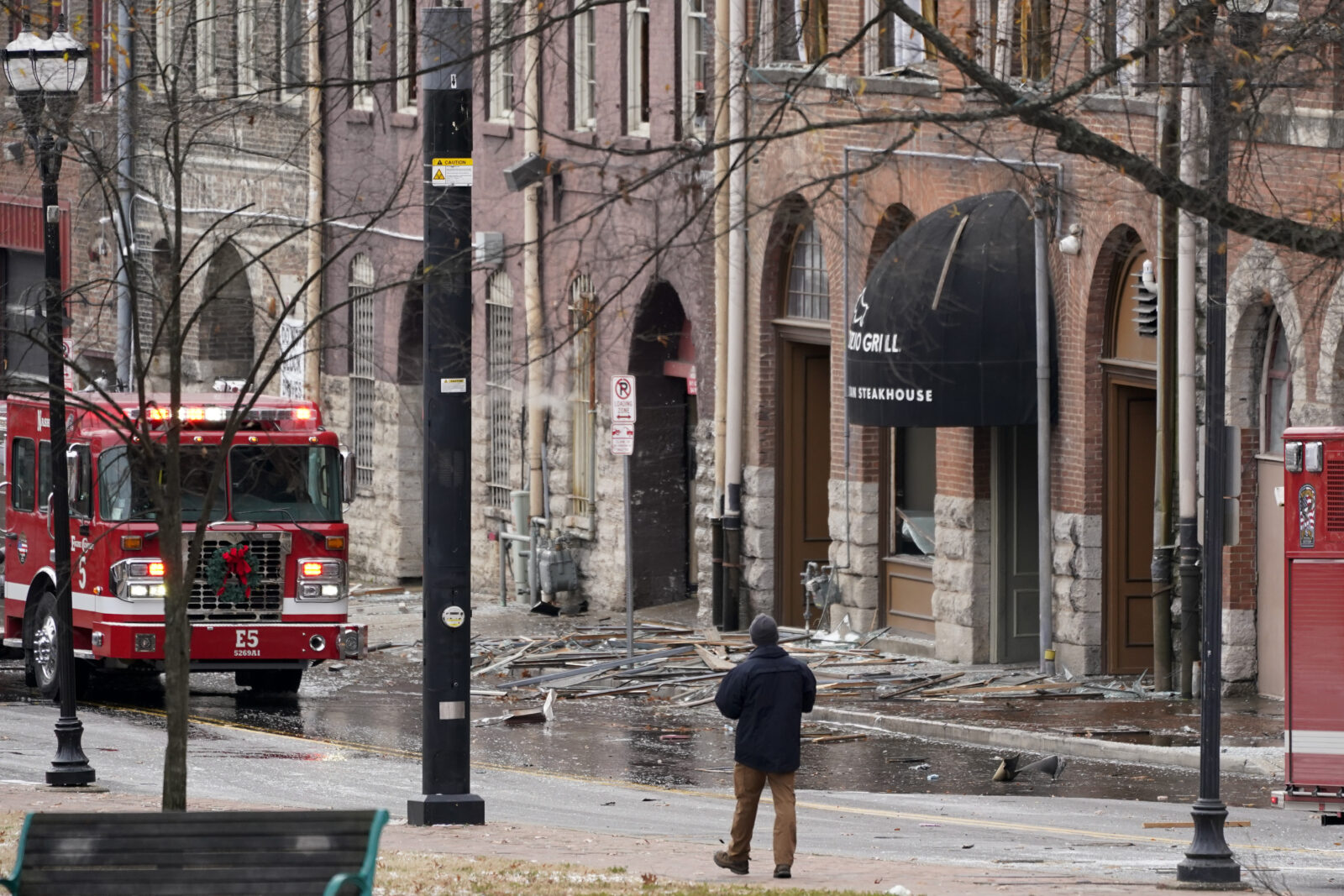 Debris scattered near the scene of an explosion in downtown Nashville, Tenn., Friday, Dec. 25, 2020. Buildings shook in the immediate area and beyond after a loud boom was heard early Christmas morning. (AP Photo/Mark Humphrey)