The podcast Extremely American takes you inside militias and other far-right groups that are trying to remake America in their absolutist image.

For more than a year, I traveled the country to meet with these groups — and the people pushing back against them. In Episode 1, I spent time at a militia training camp with camouflage-clad recruits who were shooting guns and practicing first-aid deep in the woods.

Christian Yingling, the leader of the group, explained that weekend why he shows up armed with his guys to tense protests like the deadly showdown in Charlottesville, Va. He sees himself as an arbiter of First Amendment rights.

Take a look, then be sure to look for Extremely American whereever you listen to your favorite podcasts. 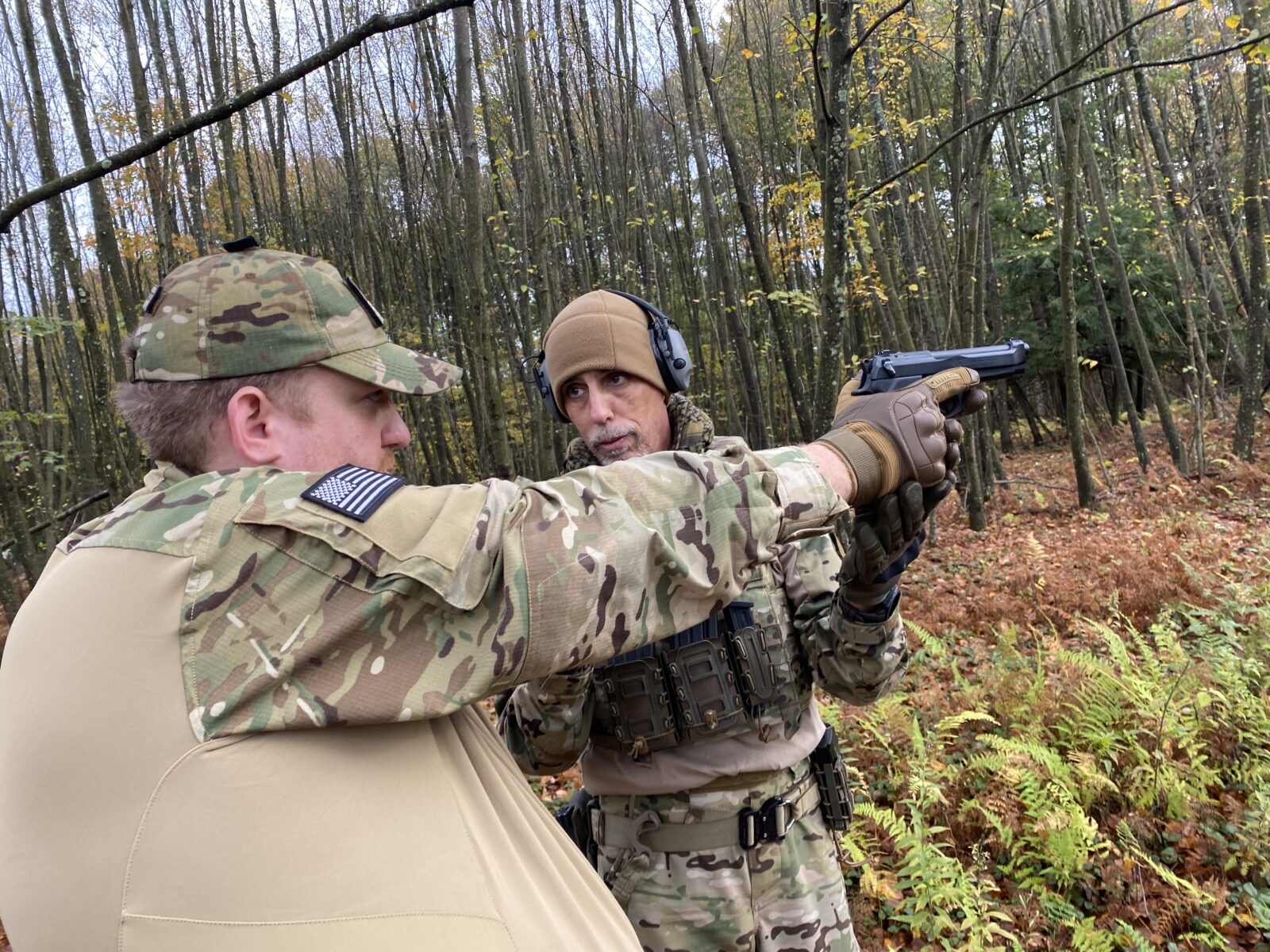 Christian Yingling, right, leads a shooting drill during a training weekend for his Pennsylvania Volunteer Militia in October. Yingling leads the militia and has taken fellow militia members to volatile rallies across the country, including the deadly Charlottesville, Va., clash between white supremacists and left-wing counter-protesters 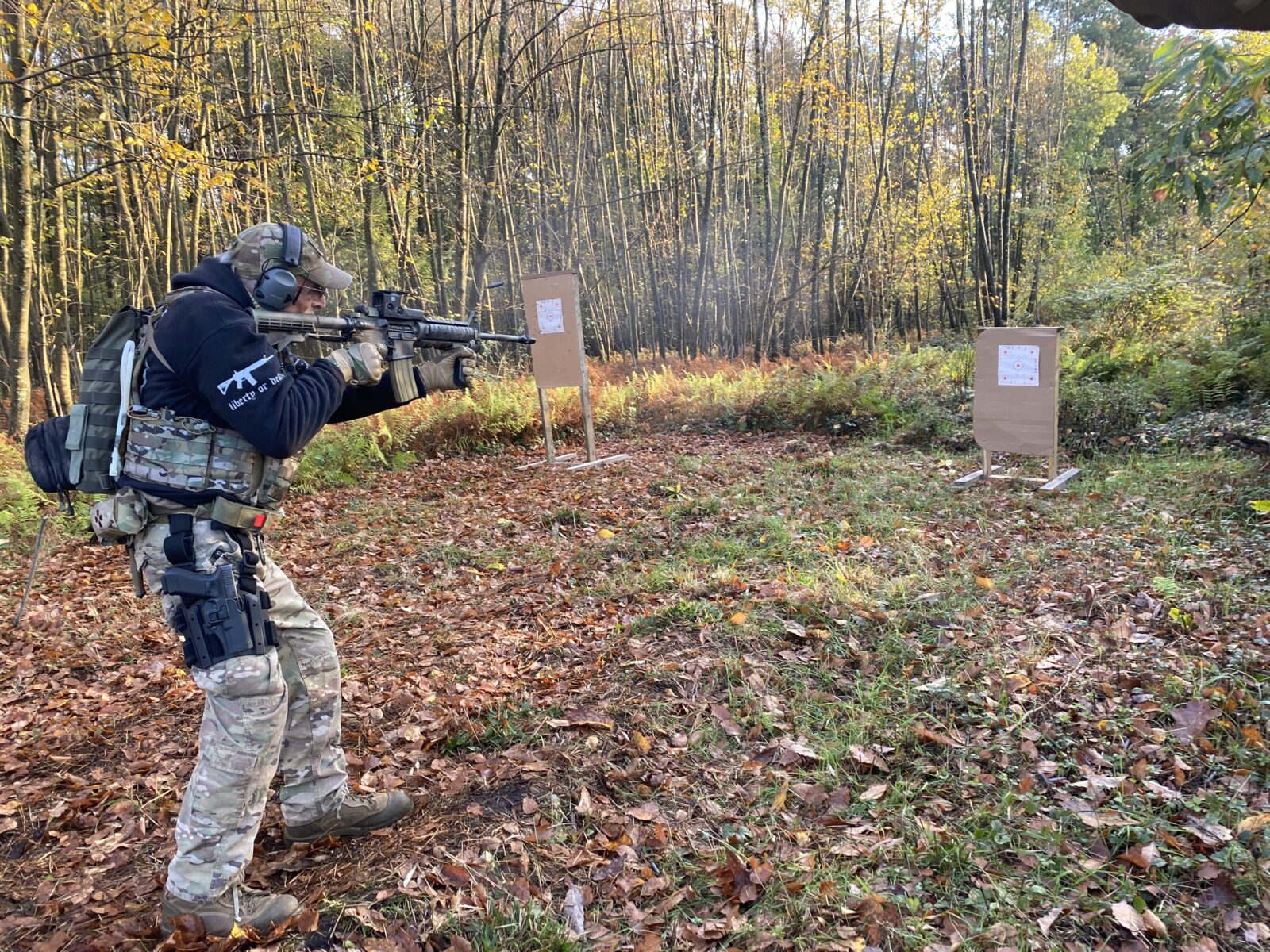 Pennsylvania Volunteer Militia member Bob Gardner shoots an AR-15 rifle during a militia training weekend at a remote part of Pennsylvania’s Allegheny Plateau in October. Gardner has shown up to protests around the country with other militias as a kind of self-appointed security force, which some experts say can increase the potential for violence. 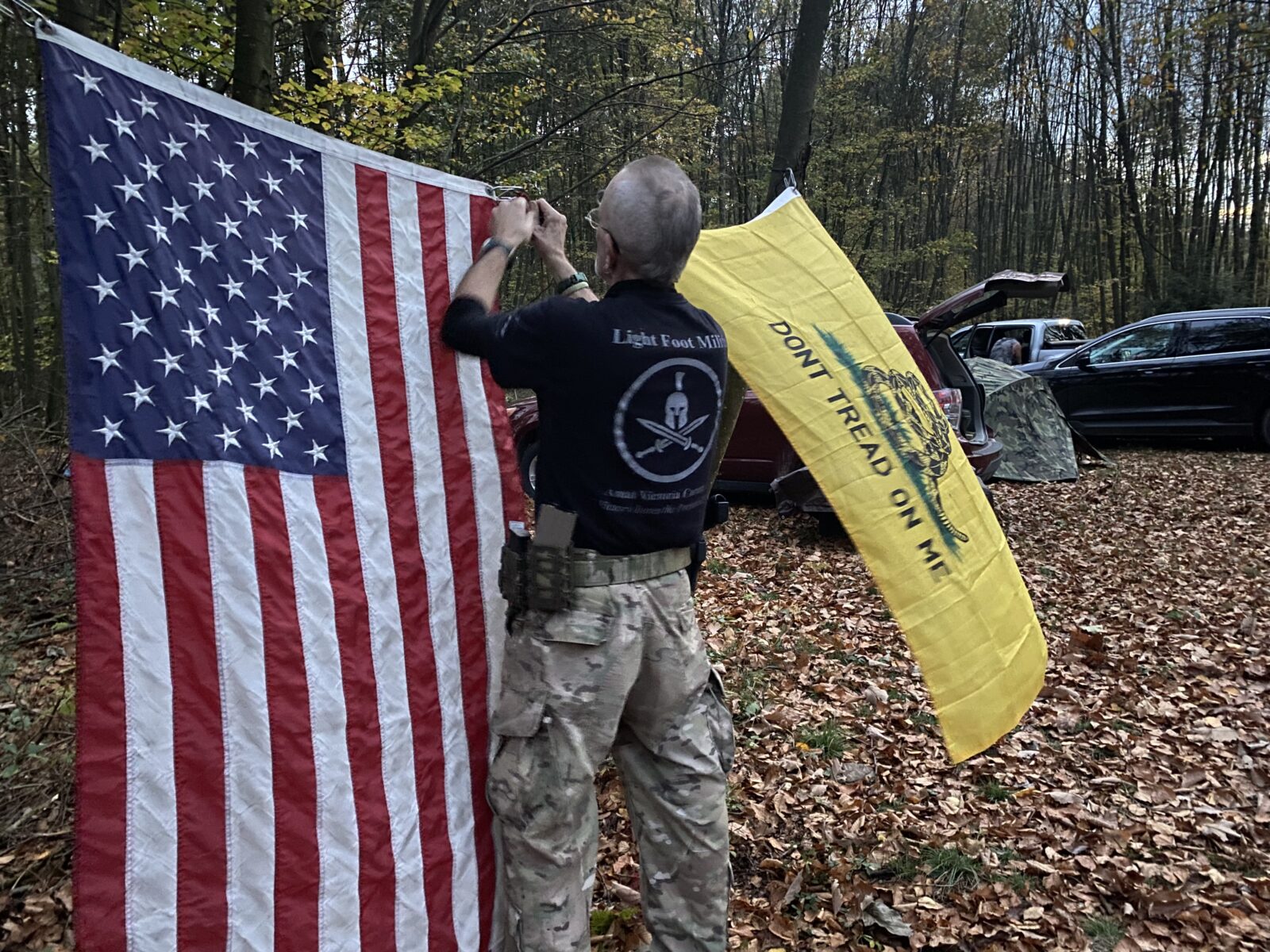 Bob Gardner hangs up the Gadsden flag next to the American flag at a training camp for the Pennsylvania Volunteer Militia. The Gadsden Flag has become a symbol of militias and other far-right groups. As Gardner put it, it represents “Don’t fuck with me.” 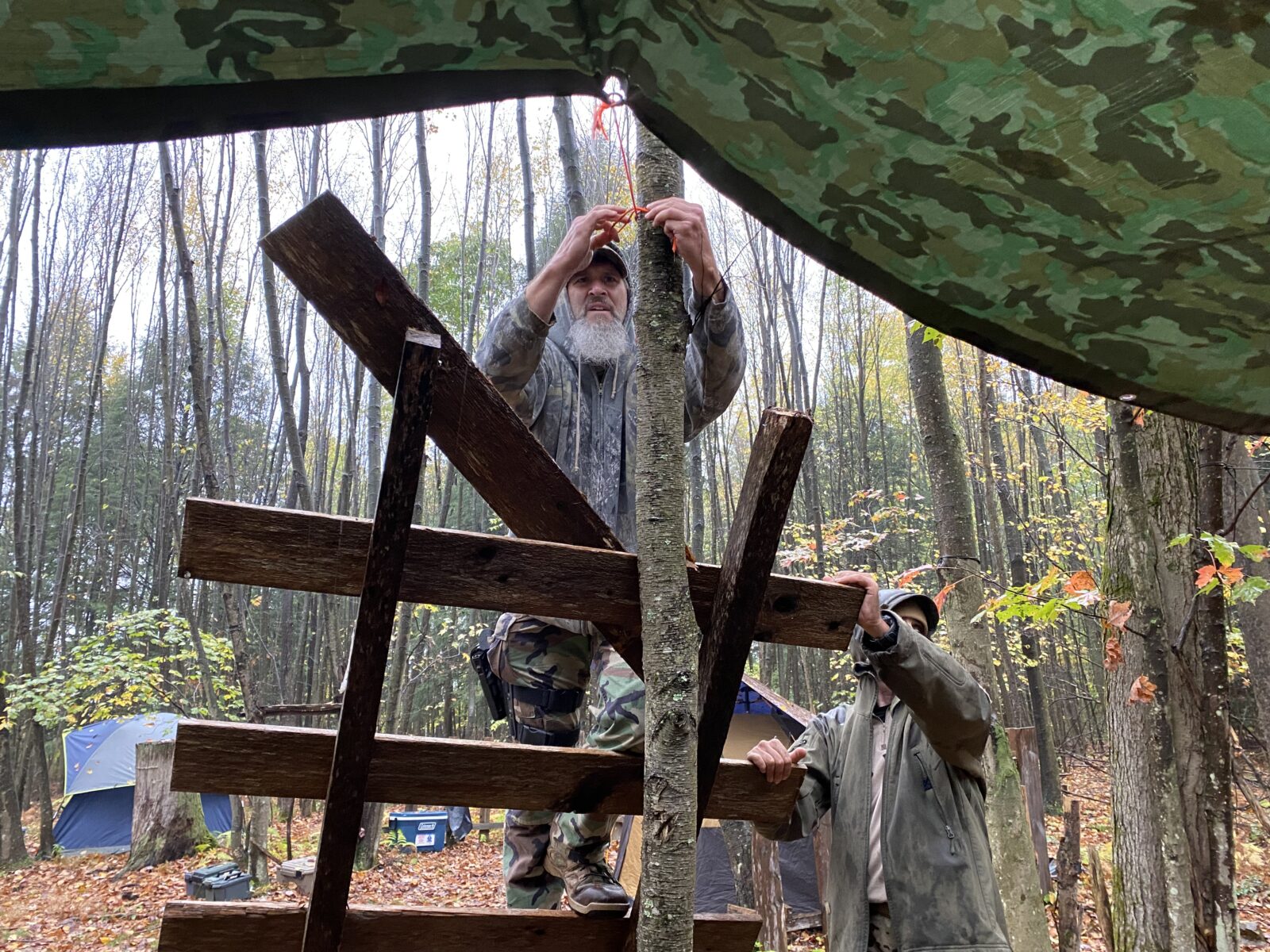 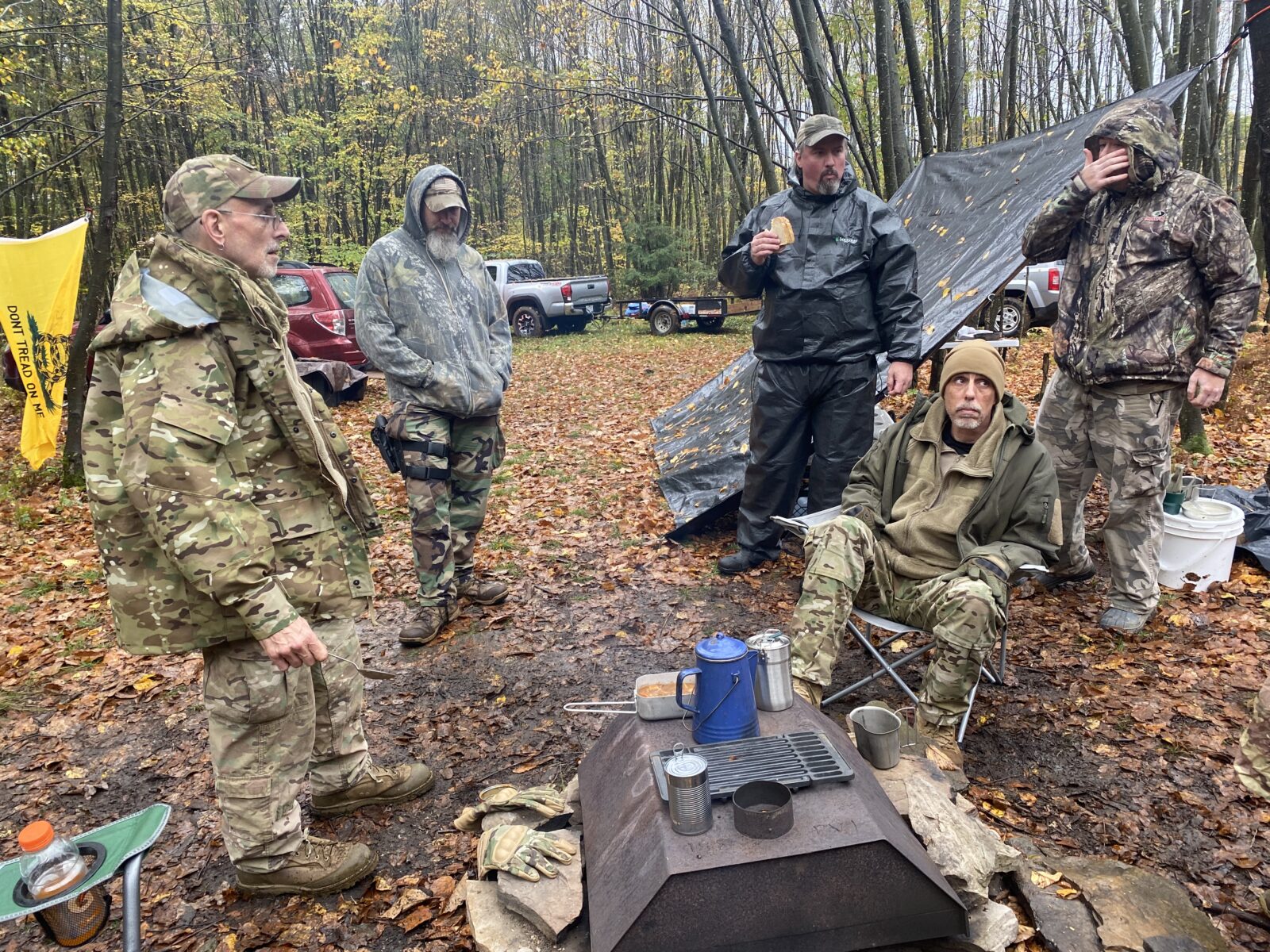 Pennsylvania Volunteer Militia members sit around a fire during a rainy militia training weekend. Militia groups have been increasingly active in recent years, showing up to protests, anti-lockdown rallies and even getting into electoral politics. 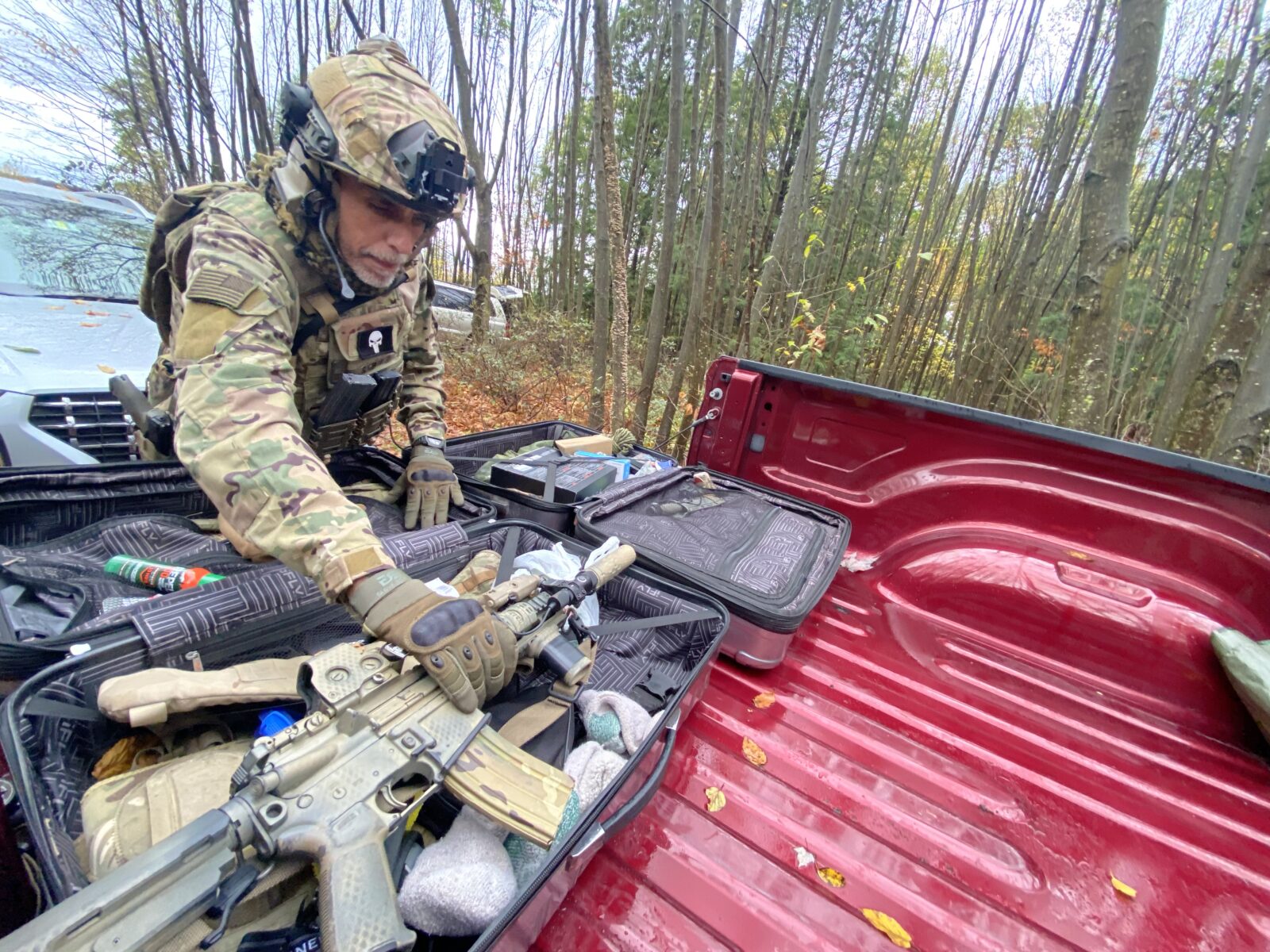 Pennsylvania Volunteer Militia leader Christian Yingling grabs his AR-15 rifle during his militia’s monthly training in a remote corner of Pennsylvania’s Allegheny Plateau. Yingling’s group is part of an ascendant militia movement that has become emboldened in the past few years, with increasingly public armed activity. 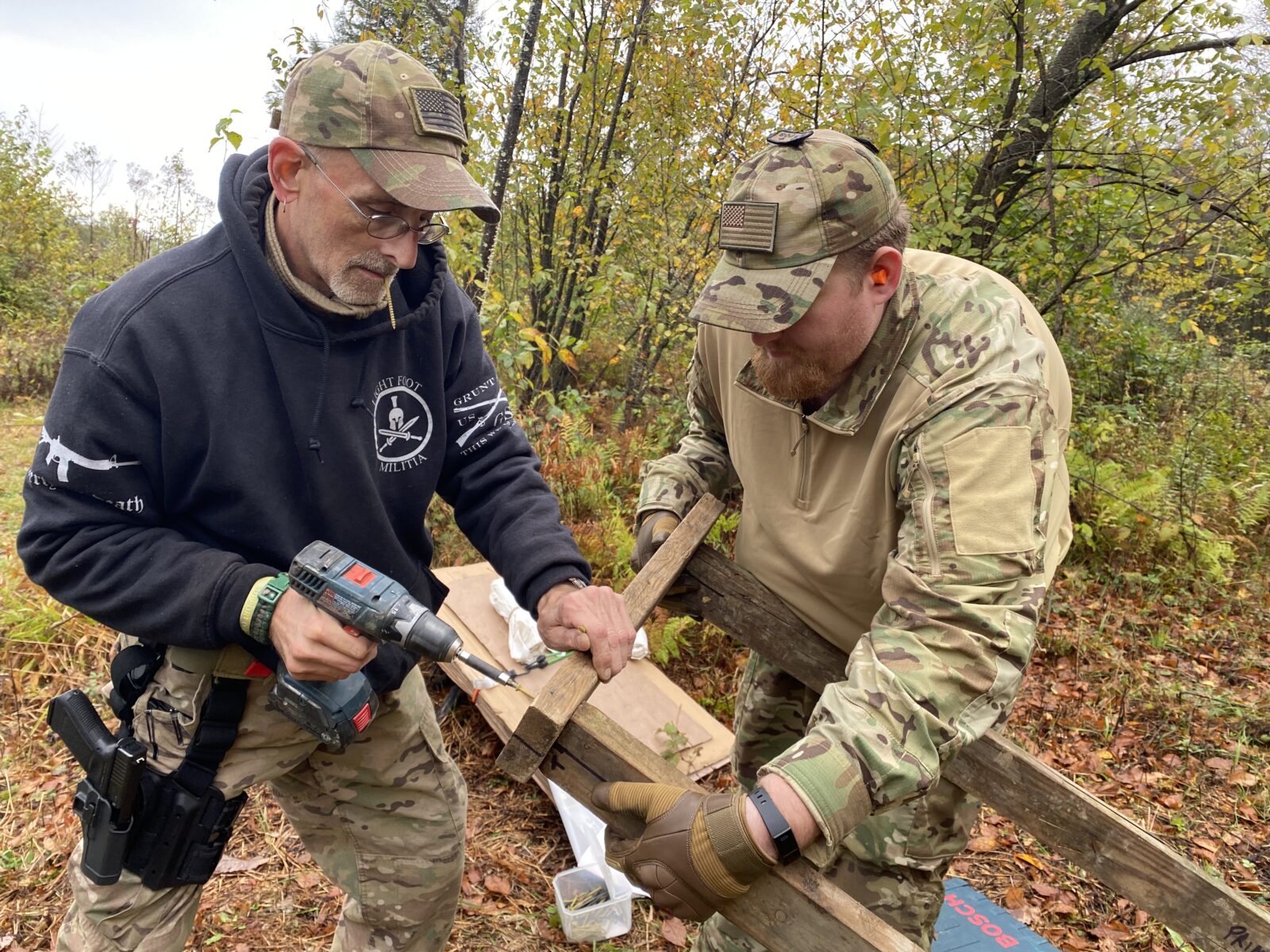 Members of the Pennsylvania Volunteer Militia build shooting targets for their monthly training deep in the woods. The group is led by Yingling, who played a role in the deadly Charlottesville, Va., "Unite the Right" rally in 2017 and was banned from returning to the city with a militia as a result of a lawsuit. 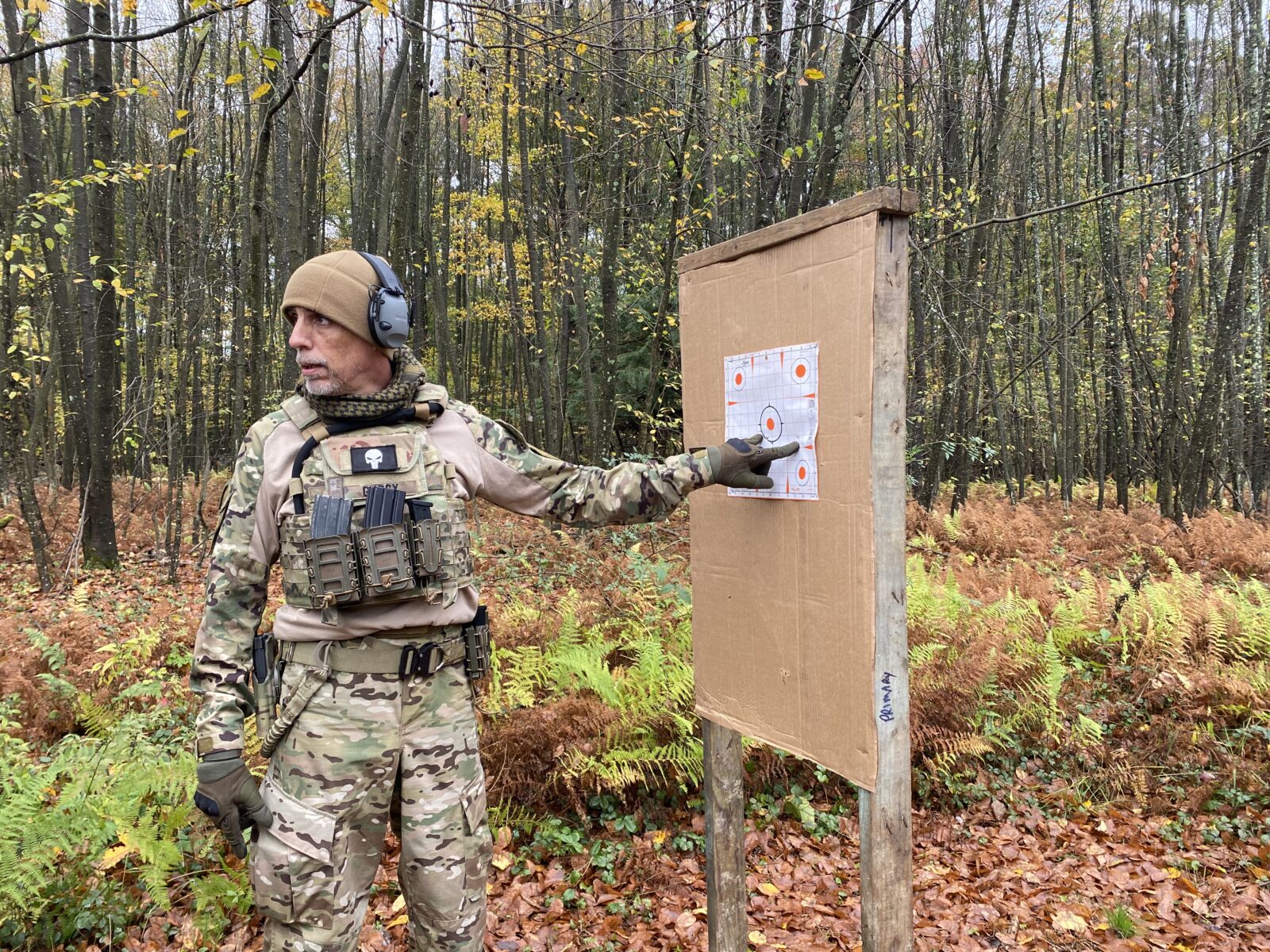 Yingling leads a shooting drill during a training weekend for his Pennsylvania Volunteer Militia. Yingling leads the militia and has taken fellow militia members to volatile rallies across the country, including the deadly Charlottesville, Va., clash between white supremacists and left-wing counter-protesters. 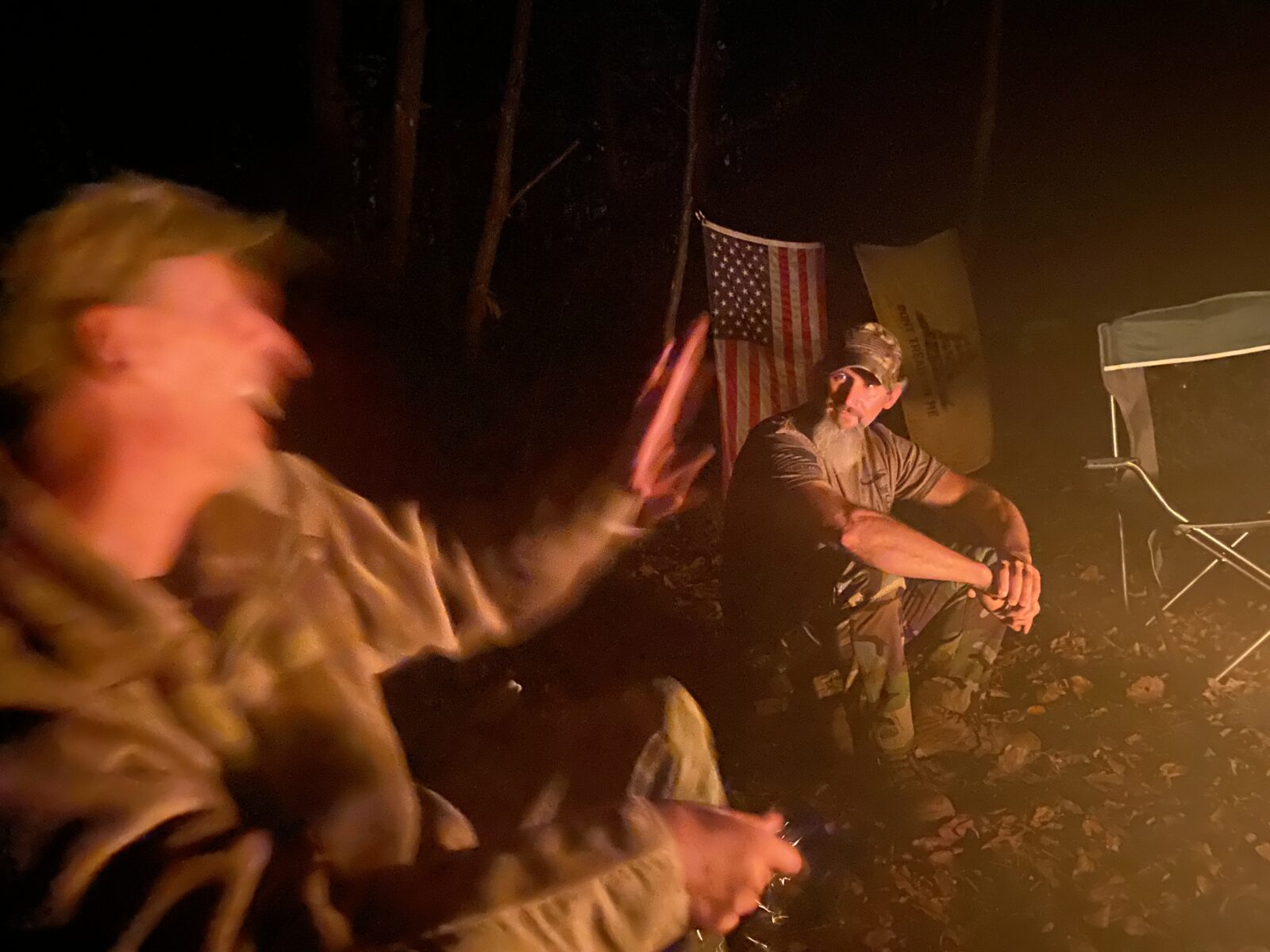 Members of the Pennsylvania Volunteer Militia tell stories around the campfire during their monthly training weekend in October. The militia’s leader says the group’s goal is to protect the Constitution and free speech.

Heath Druzin is host and creator of the podcast Extremely American, a podcast produced in partnership with Postindustrial, which examines how militias and other far-right groups are trying to remake America in their absolutist image.

Druzin covers the nexus of politics and the Patriot movement for Postindustrial.

From 2018-20, Druzin was the Idaho-based reporter for Guns & America, a national collaboration between 10 NPR affiliates that looked at the role of firearms in American life. Before that, he covered the wars in Iraq and Afghanistan for Stars and Stripes newspaper.