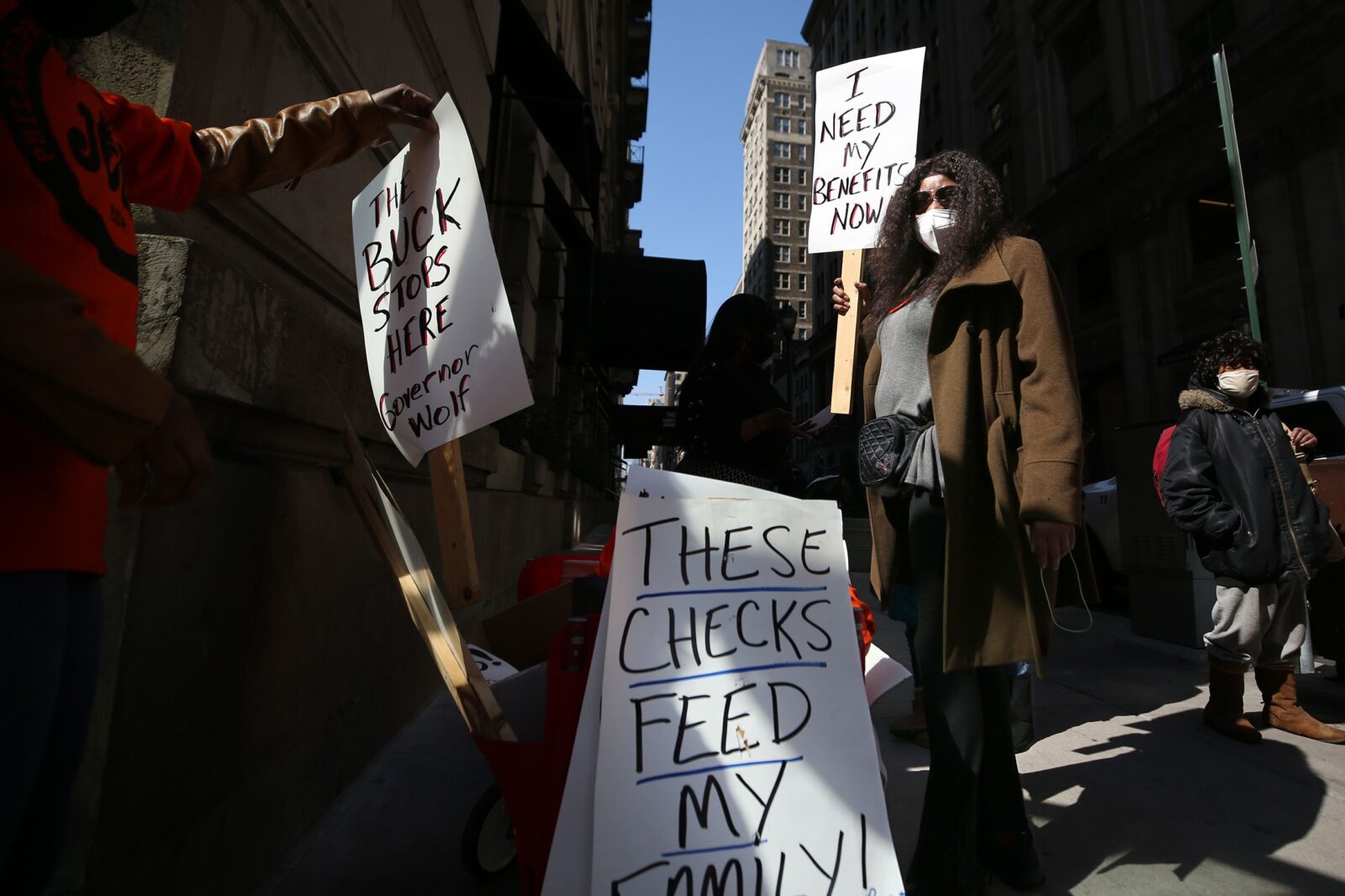 As a substitute teacher, there have been exactly zero opportunities for him to work since education turned remote. On a recent Tuesday, as he has done many weeks since the pandemic began, he counted more than 200 redials and 55-minutes on hold with the state Department of Labor and Industry. This time, an unemployment representative told him he’d run out of benefits.

“That is it, until they receive something from the federal government,” McCreary said he was told by a polite supervisor. “She basically said apply for welfare and food stamps.”

Tens of thousands of Pennsylvanians like McCreary have or will reach the end of their state unemployment benefits this month and next, as they approach their one-year anniversaries of the date they first lost work as a result of the pandemic and the government shutdown.

Initially, in mid-March, the state said this would mean hundreds of thousands of Pennsylvanians would need to file new claims to continue receiving benefits. Now, it says only people who worked and earned over a certain amount last year, based on their equation, have to reapply because the amount of benefits has likely changed.

Those whose claims expire do not qualify for further state benefits, and will get federal extension benefits without refiling, state officials said.

It is unclear how large the wave of new claims will be, how it will delay or impact benefits for claimants, and how it will test the state’s capacity to handle more cases. The state said it is prepared for this influx.

But the Department of Labor and Industry has been beset by problems managing the state’s unemployment system since the onset of the pandemic, and, one year later, those issues persist. Criticisms include slow response times, processing errors, claim backlogs, tax confusion, and fraud, in addition to problems with keeping up with changing federal laws.

Between the second and third week of March last year, new unemployment claims soared from 15,439 to 363,000, leading up to a record 1.2 million Pennsylvanians on unemployment insurance by the beginning of May.

Overall, Pennsylvania has processed nearly 5.4 million claims throughout the pandemic. It is unclear how many people who filed last year are still drawing unemployment and will need to file new claims, but if they do, they are subject to another round of scrutiny to determine eligibility.

“Do they have any clue how stressful this is for people?” Dietrich said. 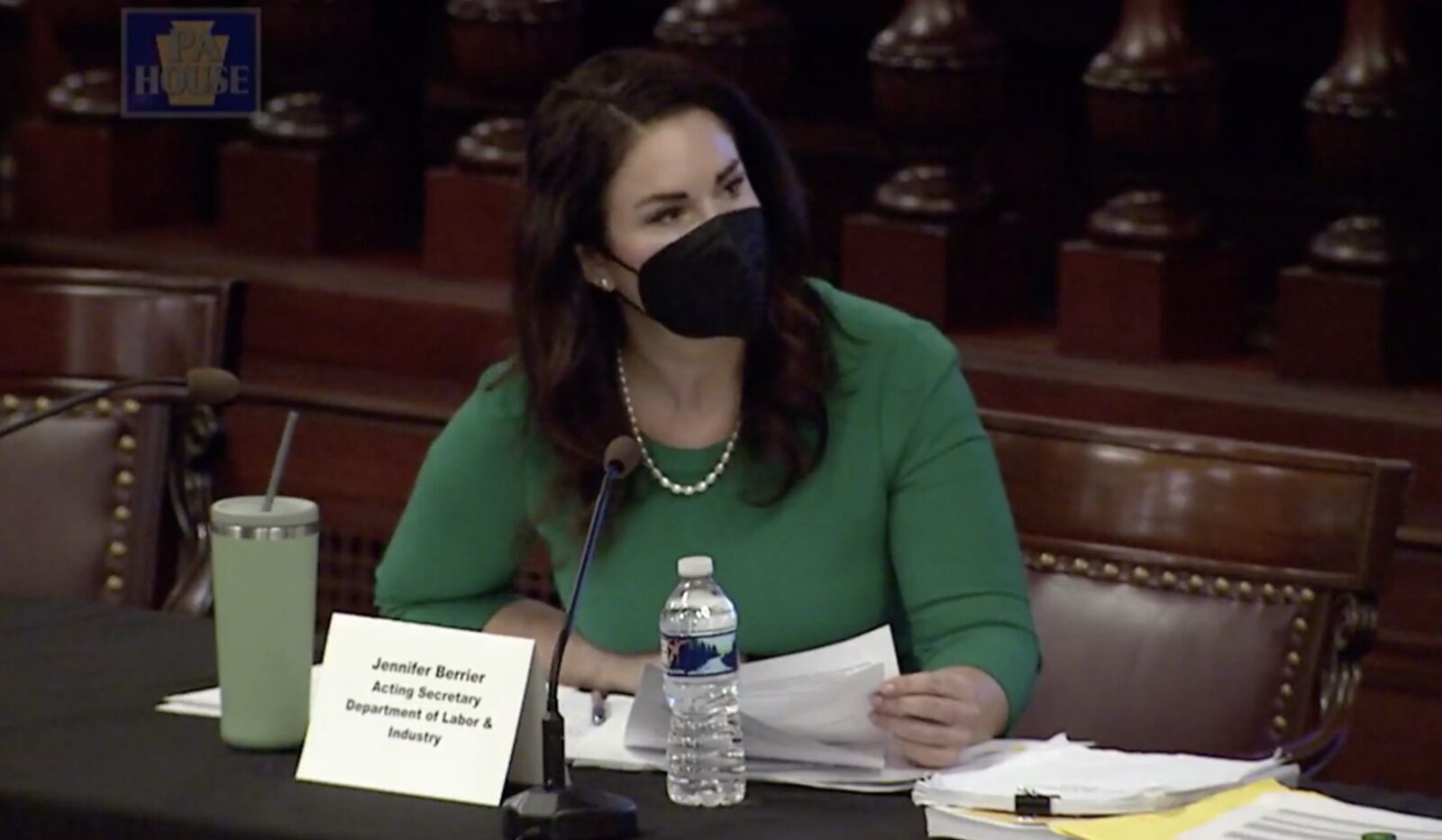 State unemployment officials said they do not track the number of people who are reaching the end of their benefits, but the number is likely to be substantial enough to cause a fresh round of frustration among many recipients, and a new burden on the state, advocates said.

Among the biggest complaints lawmakers, lawyers, and claimants have had is ongoing insufficient staffing.

An internal assessment found the Department of Labor and Industry needed between 2,000 and 2,800 fully-qualified claims examiners — with roughly 8 years experience — to review unemployment cases last year. Acting Labor Secretary Jennifer Berrier said in late February the state had fewer than 500 of these qualified workers, but maintained that the state is prepared for a second round of applications.

Berrier said 500 customer service representatives would be added to answer calls by June, and that could increase to as many as a thousand.

But advocates contend this fails to address the desperate need for qualified claims examiners, and these new hires will not be brought on quickly enough to address the pressing issues that are already occurring at the agency and contributing to thousands of people missing critical benefits payments right now.

In the last year, state officials said, the department has increased staffing from 775 to 1,730 total employees.

Separately, the state also has to administer new federal benefits made available through the recent Biden administration stimulus package. After a lapse in federal benefits in December, it took the state weeks to get the renewed benefits program up and running, leaving an untold number of claimants in limbo, with some still waiting.

Advocates fear similar delays could occur again this month if the department faces any new hurdles in administering the new law. On Tuesday, the state announced people on federal benefits programs should expect delays in their payments.

“It is a crisis for the state,” said Barney Oursler, director of the Mon Valley Unemployed Committee in Pittsburgh. “Hundreds of thousands of people who haven’t gotten their benefits? That is an economic problem for the state, but it is a disaster for the families.”

McCreary had anticipated a different life over the last 12 months. He expected his substitute teaching job in Mechanicsburg to turn into a full-time position as a high school life skills teacher for teenagers with special needs.

He took for granted the 90-minute drive to his parents’ house in Bucks County. He thought little of the cavalier jokes that his mom-mom, at 89, would out-live the rest of the family.

McCreary, like many of the claimants whose benefits are expiring, didn’t plan to spend the last year out of work, or, at 36, to move home to be closer to his parents. His grandmother’s death in the summer, following a COVID-19 diagnosis, still feels surreal to him, like she might come back.

He still has not received the federal benefits the state said he qualified for, or a stimulus check, since his benefits expired on March 6.

“I understand the rush to return to normalcy, I want that too,” he said. “Some people are full-throttle focused on tomorrow. For some people, they can return to normal and for other people it is not there anymore.”