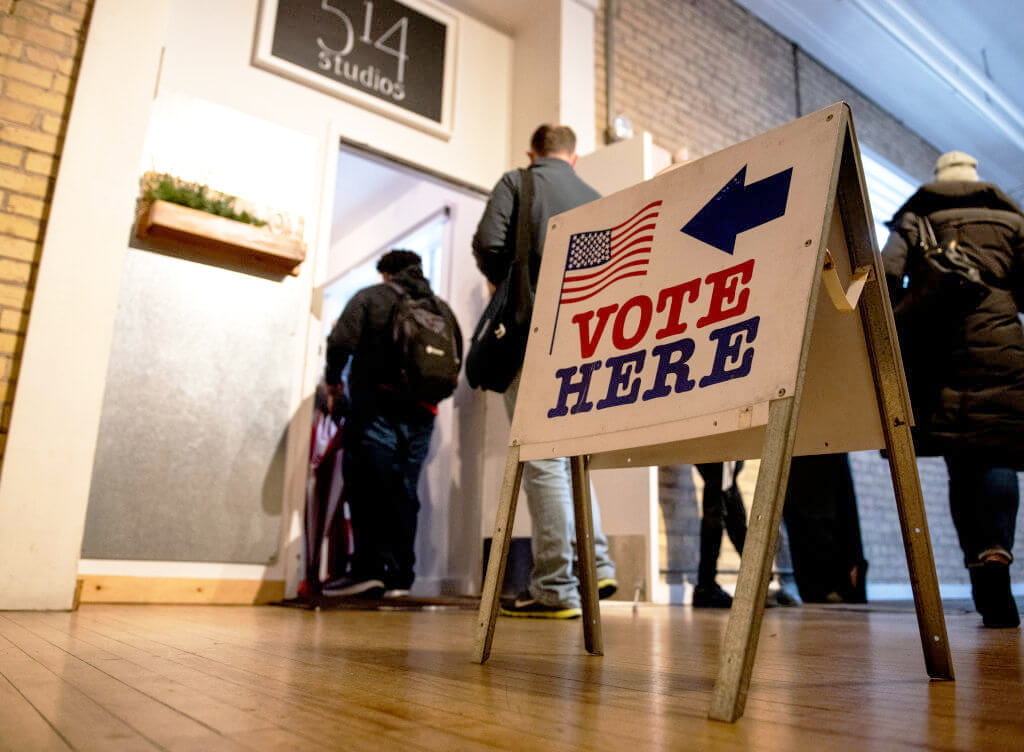 With their eyes on the 2024 presidential election, state lawmakers around the country are preparing to reshape voting rules in what election experts expect will be another busy legislative season.

Republican lawmakers — many of whom are motivated by the mistaken belief that the voting system is riddled with election fraud — are looking to tighten rules around absentee voting and give state officials more powers to prosecute election discrepancies. Meanwhile, Democrats will try to expand access to the ballot box through early voting, new voting rights for people with former felony convictions and additional protections for election workers.

While few state lawmakers have pre-filed bills ahead of legislative sessions, many of the stark divisions between red and blue states around voting rules already are apparent, said Liz Avore, senior policy adviser for Voting Rights Lab, a nonprofit that tracks state legislation. More and more, voters’ ZIP codes will determine their access to the ballot, she said.

“We really should be looking at 2023 as another prolific year for election laws,” she said. “We’re seeing legislatures change laws to expand access to voters, but also in some states to give themselves more control over election outcomes.”

Republicans had another difficult election cycle losing key races in swing states. Even though they were hampered by election conspiracy theories and an unwillingness to embrace early and absentee voting, state GOP lawmakers are unlikely to make it easier to vote using those methods, several voting rights experts told Stateline. That’s despite pleas from some national party leaders, including Republican National Committee Chair Ronna McDaniel, to embrace early voting options.

Last month, the Republican-led Ohio legislature passed a measure that would eliminate early voting on the Monday before Election Day; shorten the time when voters can request and turn in an absentee ballot; require post-election audits; and allow just one ballot drop box for every county. The drop boxes would have to be monitored by electronic surveillance 24 hours a day. The bill awaits Republican Gov. Mike DeWine’s signature.

Republican state Rep. Bill Seitz, who helped negotiate the final bill, argued these changes still would give voters plenty of opportunities to cast a ballot, while establishing rules that will protect the voting system from errors and delayed counts that could fuel conspiracy theories.

“We have done things in Ohio to make it easy to vote, but also improve our ability to conduct elections with integrity,” he said in an interview. “The states that are just mailing ballots to everybody, that doesn’t help. Some states have gone overboard by making it very easy to vote, but that engenders a lack of confidence on the conservative side. It’s got to be a balance.”

Republican lawmakers in North Carolina will consider stricter voter ID measures in the new year, restricting the types of identification voters can use at the polls.

"We’ve had real and terrifying threats to democracy from Trump all the way down to the local level. To the extent that Democrats can, I’d like to see us do our part to preserve democracy." – Michigan State Sen. Dayne Polehanki (D-Livonia)

North Carolina’s previous voter ID law was struck down by the state’s Supreme Court last year, ruling it was designed to help Republicans and add onerous steps for voters of color who are less likely to meet strict voter ID standards. But after the midterms, the high court will have a new makeup that leans heavily Republican. Although Republicans don’t have quite enough votes to override a veto from Democratic Gov. Roy Cooper, at least one GOP legislative leader has said they have an opportunity to pass a new voter ID law this year.

In Texas, Republican lawmakers are seeking to allocate state resources and give the legislature more power to investigate “election improprieties,” bypassing local authorities who have historically run elections in favor of a new state election marshal and seven regional marshals. Other proposals would give the state attorney general new powers to prosecute election fraud or allow the attorney general to fine or remove local district attorneys who refuse to investigate election fraud.

Like similar laws that Republicans enacted in Florida and Georgia last year, giving officials more resources to prosecute election crimes sets a dangerous precedent that politicizes investigations and sows more distrust and fear in elections, said Jasleen Singh, a counsel at the Brennan Center for Justice, a nonprofit voting rights organization housed at New York University School of Law. Those new state laws have seen only a handful of prosecutions.

“This is concerning and a result of conspiracy theories and false narratives that we’ve heard since 2020 of election fraud plaguing our elections,” she said. “Those things are simply not true.”

Last month, the Brennan Center published a report showing that many Republican-controlled states will continue to push restrictive election policies, including limiting voting by mail. At the same time, Democratic-controlled states will continue to pursue policies that expand automatic and online voter registration, restore voting rights for people convicted of felonies and add protection for local election officials, building on some ballot questions that passed at the midterms, the report outlined.

A Wave of Expansions

In November, 60 percent of Connecticut voters approved a ballot referendum allowing the legislature to amend the state constitution and add the right to vote early in person. Connecticut is among only four states that restrict in-person voting to Election Day, along with Alabama, Mississippi and New Hampshire.

The Connecticut General Assembly has been given “a very clear mandate” from voters to implement the change to the state’s constitution, said Democratic state Sen. Mae Flexer. By June, lawmakers will approve early voting, she predicted.

“Voters want to catch up with the rest of the country to have a meaningful opportunity to vote early,” she said. “It’s going to mean a lot. It’s going to be a system that more people can participate in.”

But Peter Gostin, the Republican registrar of voters for New Britain, a city of 74,000 residents southwest of Hartford, said the measure amounted to an unfunded mandate that would burden resource-strapped local election officials in cities and towns throughout Connecticut, who might not have the staff or money to meet the requirements of the change. They are “railroaded” already, he said.

He added that state lawmakers have created too many unanswered questions over how many days of early voting will be offered and how the state will ensure ballot security, among other critical details. He plans to testify before lawmakers to share those concerns. He also emphasized that Connecticut voters have 14 hours on Election Day to cast a ballot and can vote absentee if they are out of town.

“I’m a firm believer in Election Day, not election week, not election month,” Gostin said. “To me, it’s never about creating more access. Access is everywhere. People are not prohibited. They know when Election Day is coming. If voting is important to you, then you’d vote.”

Even so, early voting has become more bipartisan in recent years. In 2022, a bipartisan group of lawmakers in Missouri and South Carolina added early voting days for the first time.

Flexer and other Democratic lawmakers in Connecticut aren’t stopping at early voting; they plan on pursuing a constitutional change to guarantee no-excuse absentee voting, as well.

Adding no-excuse absentee voting is unnecessary, said Republican state Rep. Tony Scott, since voters already can use the voting method if they’re traveling, working, sick or working at the polls.

“It’s duplicative,” said Scott, who also opposes the early voting provision over financial and implementation concerns. “We already have no-excuse absentee ballots, for all intents and purposes. I don’t buy the argument that we’re hindering the vote.” 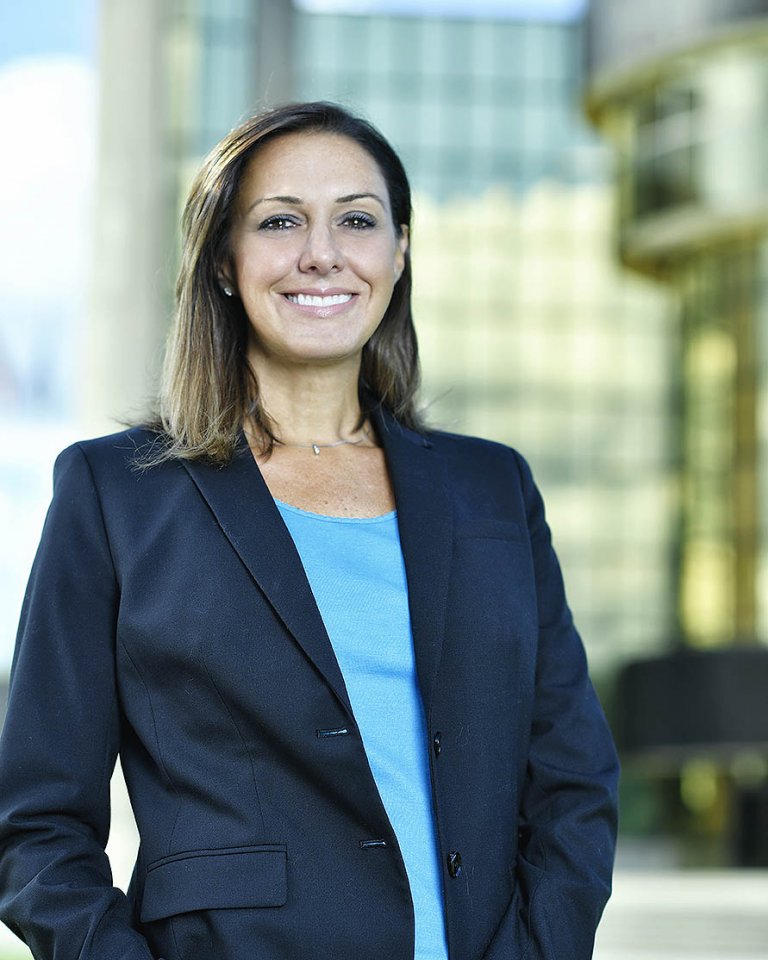 This came after former President Donald Trump’s supporters tried to push a local election clerk in Michigan into handing over voting machine data and hard drives after the 2020 presidential election.

Facing a sustained disinformation campaign from Trump and his allies, election workers nationwide have received unprecedented threats to their safety. According to a November survey by the nonprofit Democracy Fund, a quarter of the nation’s local election officials faced abuse, harassment and threats over the past two years.

“We’ve had real and terrifying threats to democracy from Trump all the way down to the local level,” Polehanki said. “To the extent that Democrats can, I’d like to see us do our part to preserve democracy.”

In Pennsylvania, Democratic Gov.-elect Josh Shapiro included protections for election workers in his official platform while running for office.

Michigan voters also put Democrats in charge of the state legislature and kept a Democrat in the governor’s office. Polehanki called the constitutional change and new powers for Democrats “exciting for democracy and Michigan.”

State Sen. Ruth Johnson, the Republican chair of the Senate Elections Committee, did not respond to an interview request. In an October opinion piece in the Detroit News, she said the ballot proposal would weaken election integrity in the state.

Michigan is one of several states, including Arizona, Pennsylvania and Wisconsin, that rejected top-ticket candidates in the midterms who embraced the false conspiracy theory that the 2020 presidential election was stolen. Voting rights advocates nationwide breathed a sigh of relief, but they remain vigilant ahead of the 2024 presidential election.

While threats to American democracy decreased after the midterms, there still are many lawmakers across the country who are intent on subverting the election process through onerous voter ID rules, limited voting opportunities and the criminalization of election administration, said Victoria Bassetti, a senior adviser for States United Action, a nonprofit that advocates for nonpartisan election administration.

“The fever, the bug, is still there for a lot of people,” Bassetti said. “As we head toward possibly one of the most consequential and fraught presidential elections in history, we can’t be complacent because the pressure is on. We’re in a race to November 2024. Two years goes a lot faster than you think it does. We’re going to see everything thrown at the wall, good and bad.”

Matt Vasilogambros writes about immigration and voting rights for Stateline. Before joining Pew, he was a writer and editor at The Atlantic, where he covered national politics and demographics. Previously, he was a staff correspondent at National Journal and has written for Outside.

This story was first published in Stateline, an initiative of The Pew Charitable Trusts.