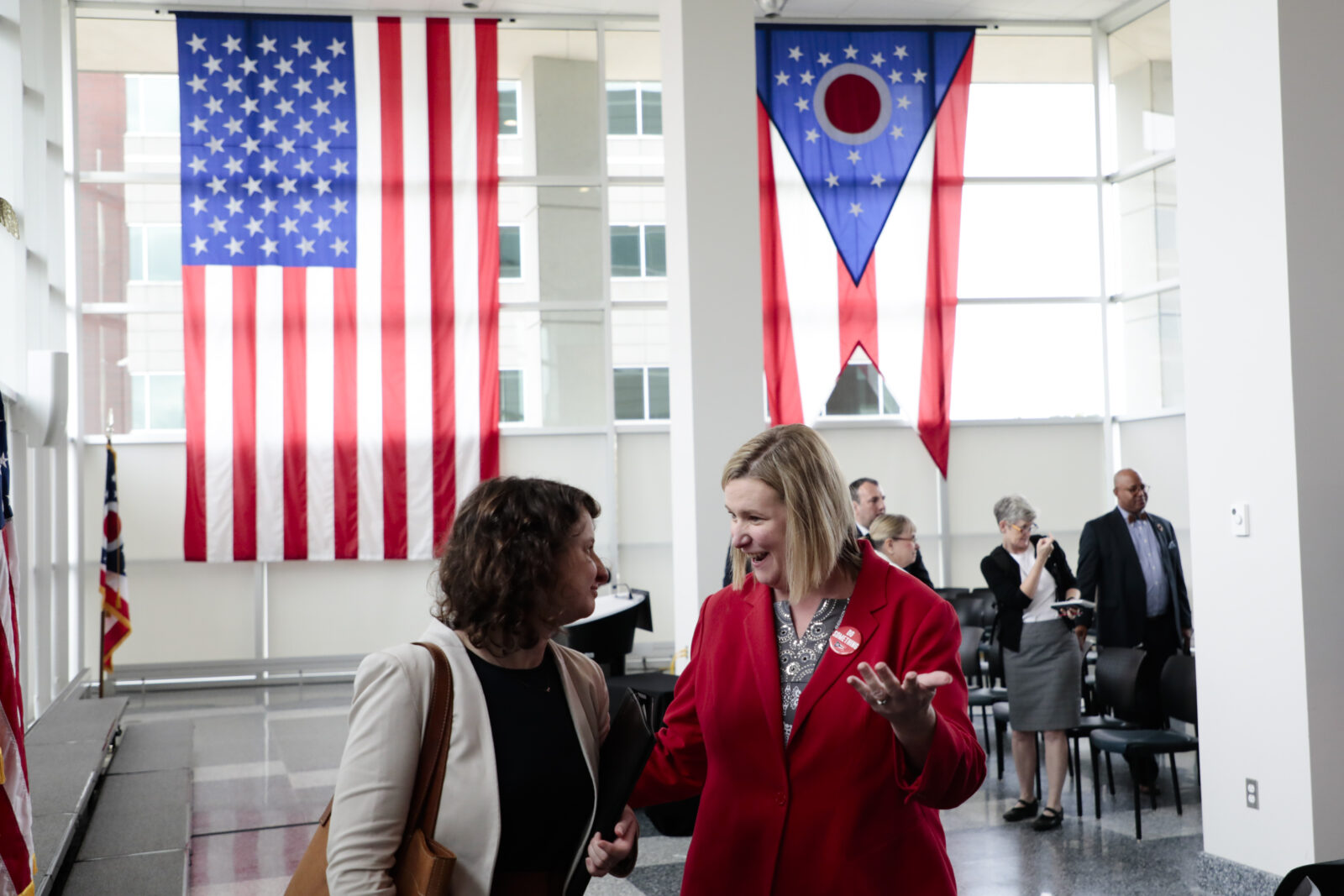 Dayton, Ohio Mayor Nan Whaley, right, leaves a news conference following the STRONG Ohio Bill Monday, Oct. 7, 2019 at the Ohio Department of Public Safety in Columbus, Ohio. Republican Gov. Mike DeWine’s new proposals to address Ohio gun violence in the wake of the Dayton mass shooting don’t include background-check requirements for gun sales or a so-called red-flag law to restrict firearms for people perceived as threats, despite his earlier support of those ideas. Instead, his administration detailed legislative proposals Monday intended to increase and improve background checks and ensure people don’t have firearms if a court has deemed them to be a danger. (Joshua A. Bickel/The Columbus Dispatch via AP)

Nan Whaley discovered her love of politics years ago while studying chemistry at the University of Dayton.

An Indiana native, Whaley, 45, a Democrat, eventually made her way from the laboratory to the corridors of power after winning the 2013 mayoral election in Dayton. She proved so popular in her first term at the helm of the Ohio city, that she was unopposed come time for her reelection.

Listen to a new episode of the Postindustrial Podcast, here, in which Whaley discussed how her science background helps her be a better mayor, Ohio’s persistent extremism dilemma (a number of people arrested at the Jan. 6 Capitol coup attempt hail from the Buckeye State), and her future political ambitions.

She’s not seeking a third term as mayor, and is considered a possible candidate for the seat being vacated by retiring Ohio Sen. Rob Portman.

During her two terms in office, Whaley has used her scientist’s mind to create fact-based solutions for the city’s most pressing problems, which these days include virus spread and vaccinations, economic hardships caused by the pandemic, and more.  In this 2020 story, Whaley also discusses how she helped boost the population of the area — a challenge for many postindustrial communities.