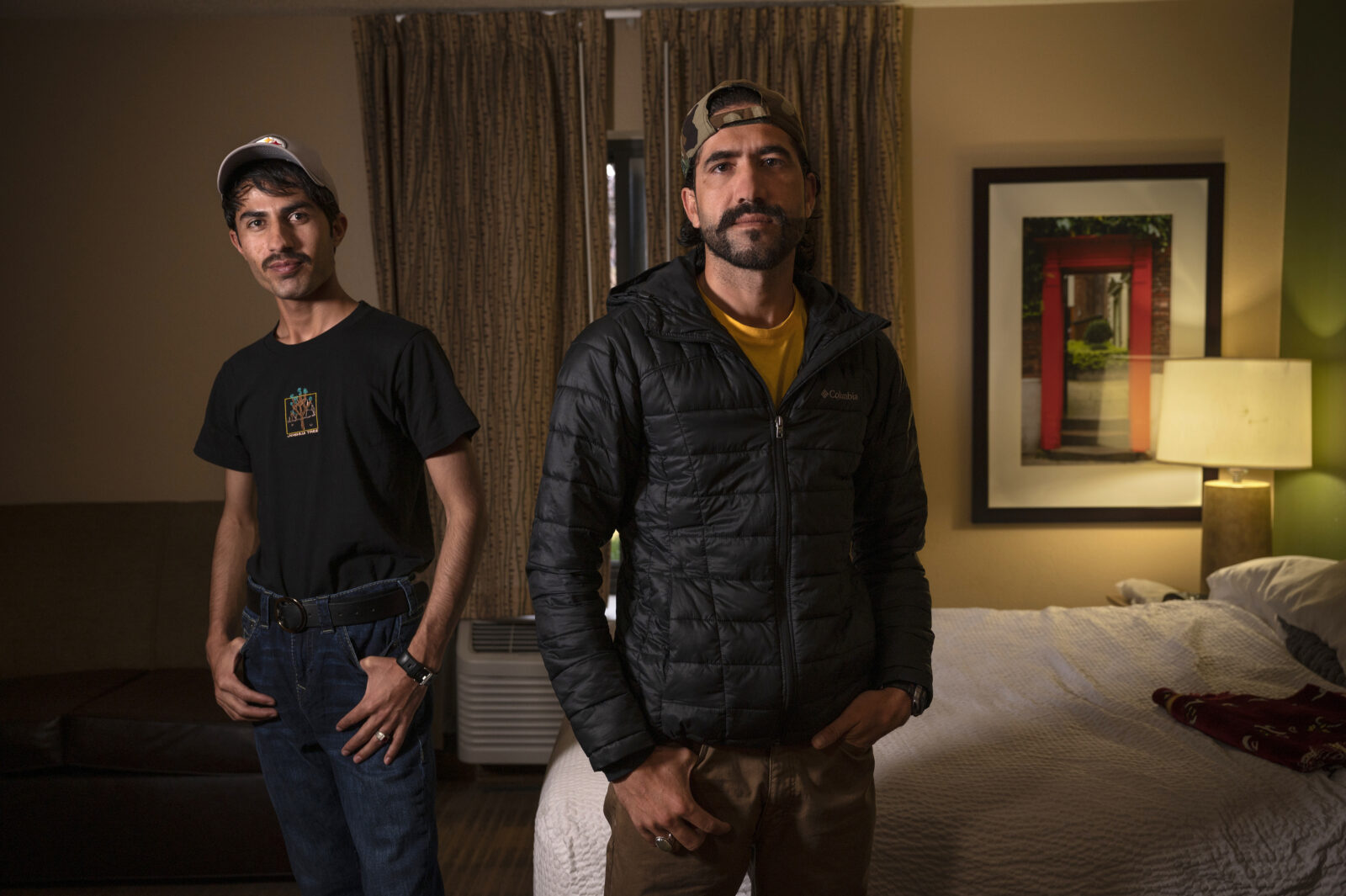 Editor’s note: The former Afghan Special Forces soldiers interviewed for this story asked that Postindustrial not publish their last names for fear of Taliban reprisals against loved ones still in Afghanistan.

PITTSBURGH — When Afghanistan fell to the Taliban, it wasn’t just civilians and politicians who were forced to flee for their lives.

Those who served their country in uniform were also faced with a hard decision: Stay behind and wage a losing battle without U.S. military support, a fight they would surely die waging, or escape with their families.

For members of Afghanistan’s elite special forces unit — soldiers trained by their American counterparts to fight the Taliban on the frontlines — abandoning their positions was particularly difficult.

Before the country’s fall last year, the special forces had greater success against the Taliban than any other branch of the Afghan Security Forces and were often tasked with taking the fight to armed extremists in remote, dangerous strongholds in southern and eastern Afghanistan. 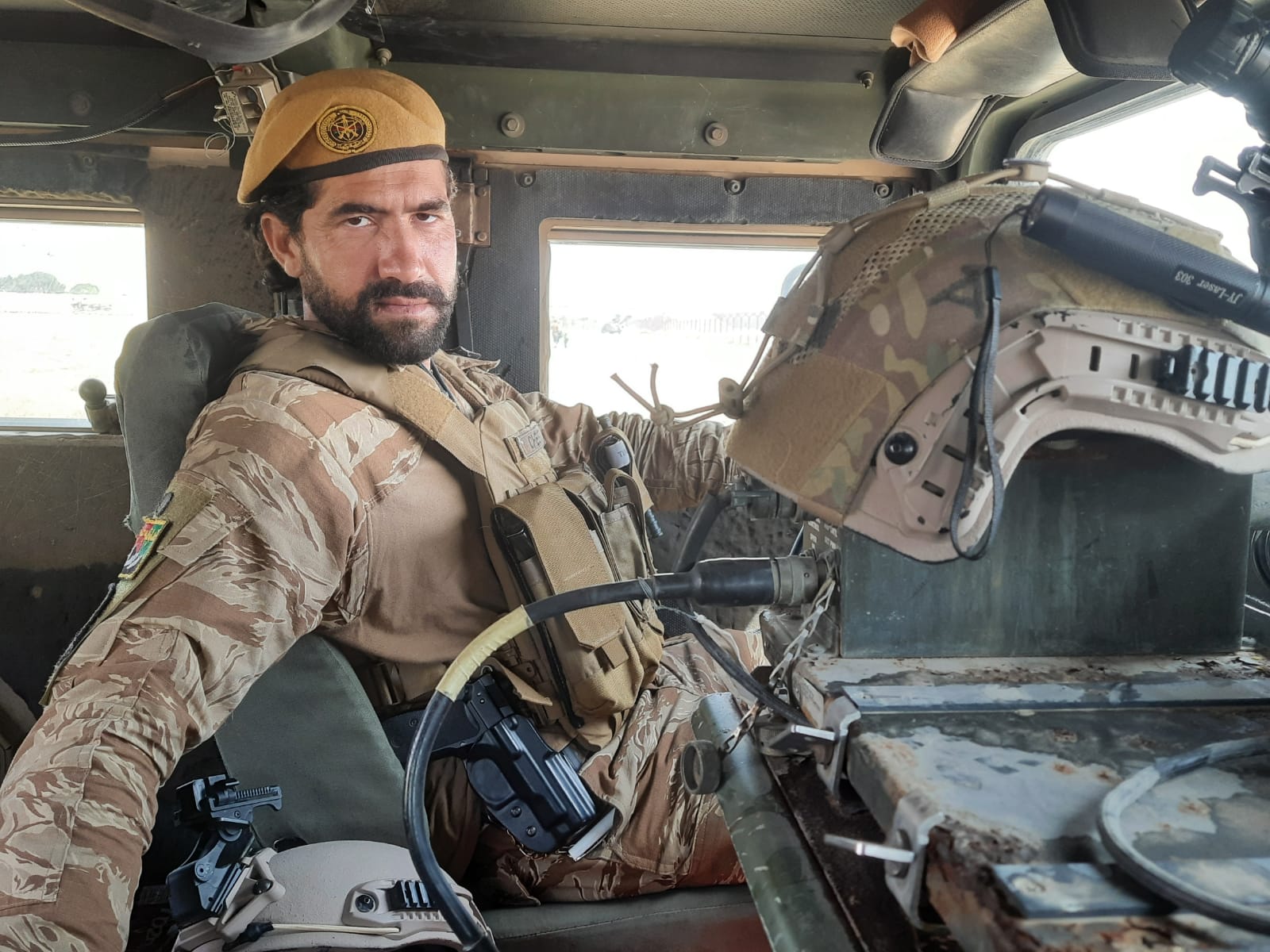 Ameeri, 32, in his former role as a soldier working with the U.S. military to fight the Taliban. // Contributed photograph

Ameeri, 32, a father of two, was a member of the Afghan Special Forces in southern Afghanistan before he left the country and settled in the Pittsburgh area.

His path from civilian to high-speed soldier was an unusual one, he told Postindustrial in a recent interview.

“I was a bus driver for a few months when I was in my 20s; then I decided to join the army,” Ameeri said. “I later chose to become a special forces member, because they were the strongest, well equipped and well paid.”

Ameeri lamented the loss of his country and his comrades in arms, many of whom died on the battlefield. Others, who like he managed to escape, are now scattered across the United States.

Afghan Security Forces once numbered in the hundreds of thousands and, over nearly 20 years, members sacrificed more than any other armed troops in the country, losing nearly 70,000 men and women.

Unfortunately, their ranks were regularly — and unfairly — criticized by American officials for not fighting hard enough. Even President Biden took an undeserved swipe at their effort as U.S. forces were drawing down during those chaotic days in August, leaving the Afghans to go it alone.

Once the Biden administration washed its hands of Afghanistan, the country quickly fell to the Taliban, and its soldiers were told it was time to give up the fight.

“America had provided us with all the needed weapons, equipment and vehicles. It was a strong force, but the reason the country fell to the Taliban was that we were told not to fight,” Ameeri said.

“We continued to fight the Taliban in Kandahar city. It was a huge fight and we still could defend the city. I clearly remember that the mortars were falling around us like rain, but we resisted and were not giving up,” he said. “But then, all of a sudden, our leadership called us to retreat and to leave Kandahar city to the Taliban.”

On the day Kabul fell to the Taliban, Ameeri said that his commander was making calls to almost every official at the Ministry of Defense, but no one answered.

“Almost every soldier I saw was panicking. Some were very emotional, because the government and Americans had invested a lot in us,” he recalled. “It was really hard for us to believe when we were leaving all our equipment and weapons behind.”

But the fight was over.

“That is why our commander told us to move towards the airport, where the American forces had asked for our help to secure the gates,” Ameeri said.

Ameeri and his fellow soldiers also knew then it was time to get out.

“When they [the Americans put Afghan special forces at the gate], we started calling our families to come. That is how we got inside the airport and came to America,” he said.

He and his family were part of a wave of Afghan arrivals who were housed at a Virginia military base for more than two months before coming to Pittsburgh.

Ameeri says he hopes to start a new, peaceful life here so that his children will have better opportunities for a stronger education and a safer life.

Silab, 22, arrived alone to Pittsburgh in November. He hopes eventually bring his family to the U.S. // Contributed photograph

Support our work for as little as $5 a month

AN AFGHAN SOLDIER GOING IT ALONE IN A NEW HOMELAND

Silab, 22, tells a similar tale about his ascendance to the elite special forces and eventual flight to the U.S.

He joined the special forces three years ago. His unit fought the Taliban for several days and nights on Kabul- Kandahar highway before the Taliban takeover — until his commander ordered a ceasefire.

“I was so angry. The Taliban had killed so many innocent Afghans. They had killed Americans, too, and all of a sudden the country was handed to them as a gift. It was a gift because there was no fighting in most of the provinces and Taliban took over Kabul without any resistance,” Silab said.

“We were able to capture and kill a lot of terrorists, but finally the terrorists are ruling the country now,” he said. Silab is single and arrived in the U.S. alone to start a new life. His days are filled with worry about his family remaining in Afghanistan.

“I hope that my family reunites with me here in Pittsburgh. It is a nice city and I want to show this amazing place to my family,” he said.

He seemingly has developed a genuine affection for his new home.

“First I was worried what kind of place this would be. I thought it would be like a very rural area,” he noted. “But now I’m happy that they sent me here. It is such a nice place.” 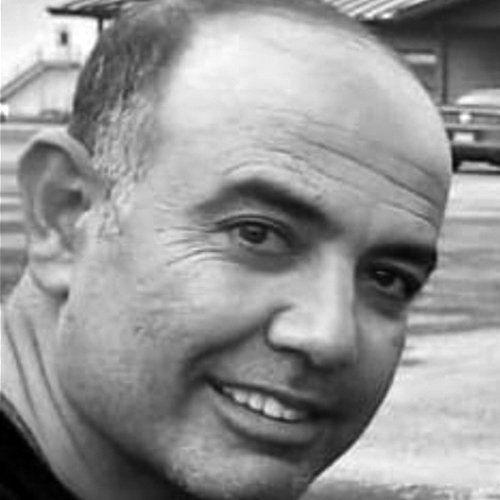 Zubair Babakarkhail is a journalist. He has written stories for Stars and Stripes since 2012 and covered the war in Afghanistan for 17 years. He also reported for The Daily Telegraph, USA Today, Christian Science Monitor, Al Jazeera English, and AsiaCalling. He arrived in the U.S. in September after fleeing his native Afghanistan when the Taliban returned to power. He has a degree in journalism from Pakistan, where his family sought refuge during the Russian invasion of Afghanistan.

Support us today for as little as $5 a month. Subscribe now.