The year 2020 saw Americans endure a viral pandemic, a social justice movement, and a presidential election fraught with misinformation. These events transformed how people interact with each other, upended businesses, and changed the way live in ways that will linger for years to come. In the coming days we’ll share photographs from those moments. 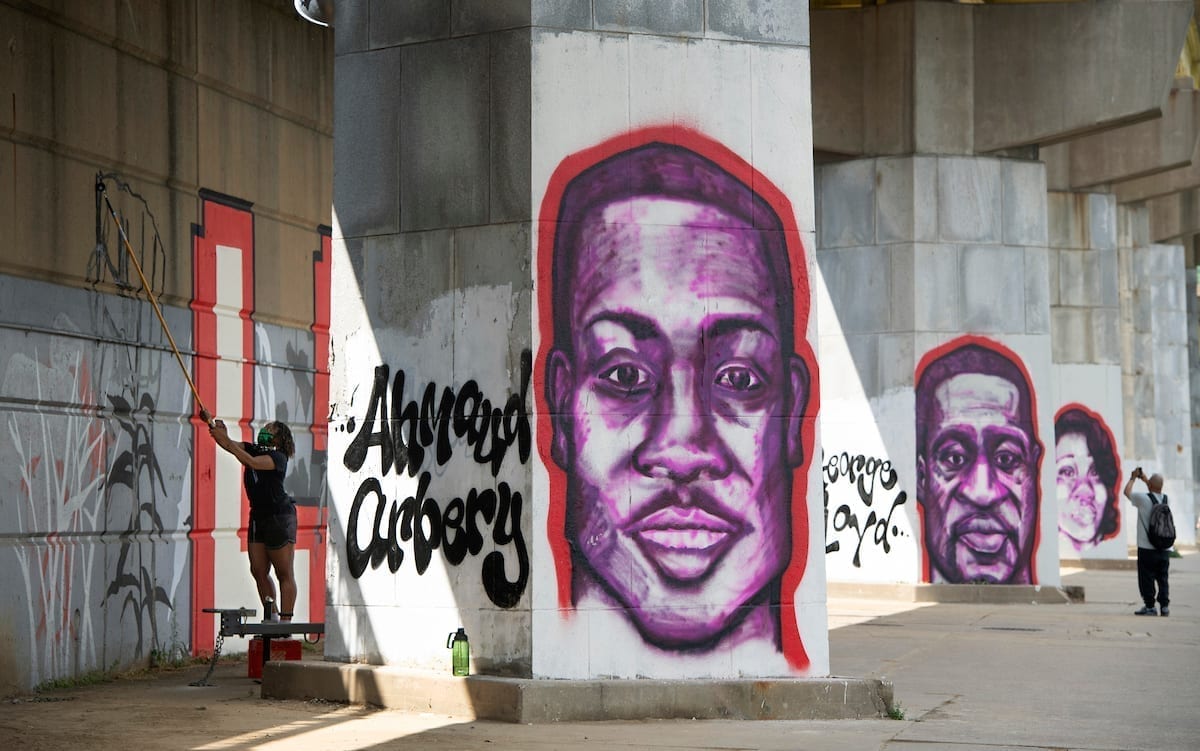 Alycia Washington adds a raised fist to the Black Lives Matter mural along the Allegheny River in downtown Pittsburgh. The mural was originally created by a group of white house painters, in Downtown Pittsburgh, June 2020. (Photograph/Martha Rial) Public art took on new signficants in 2020 at people across the region created murals on public property, while at the same time toppling monuments amid a social justice movement. 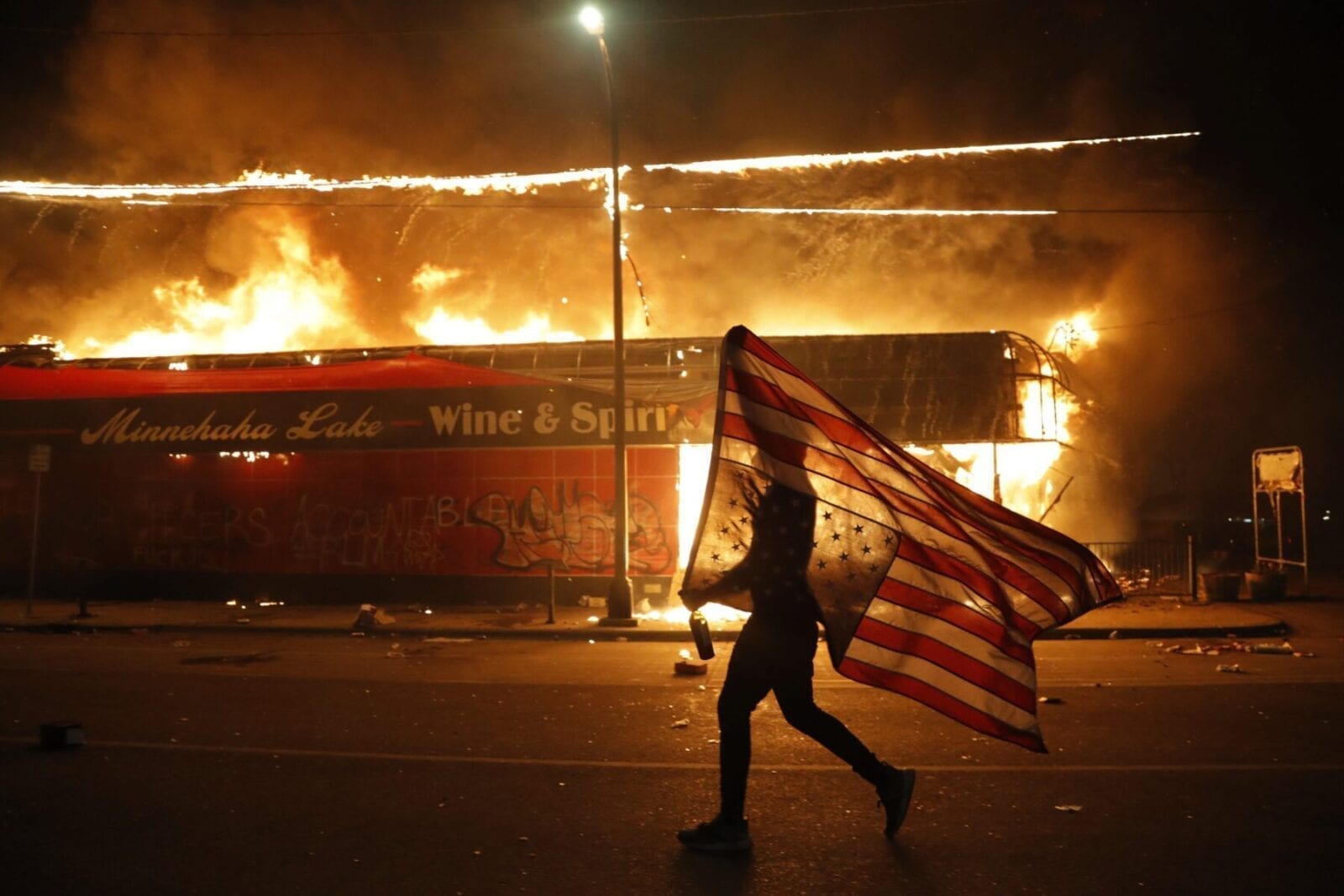 A protester carries a U.S. flag upside down, a sign of distress, next to a burning building Thursday, May 28, 2020, in Minneapolis. Protests over the death of George Floyd, a Black man who died in police custody on May 25, broke out in Minneapolis for a third straight night. (AP Photo/Julio Cortez) 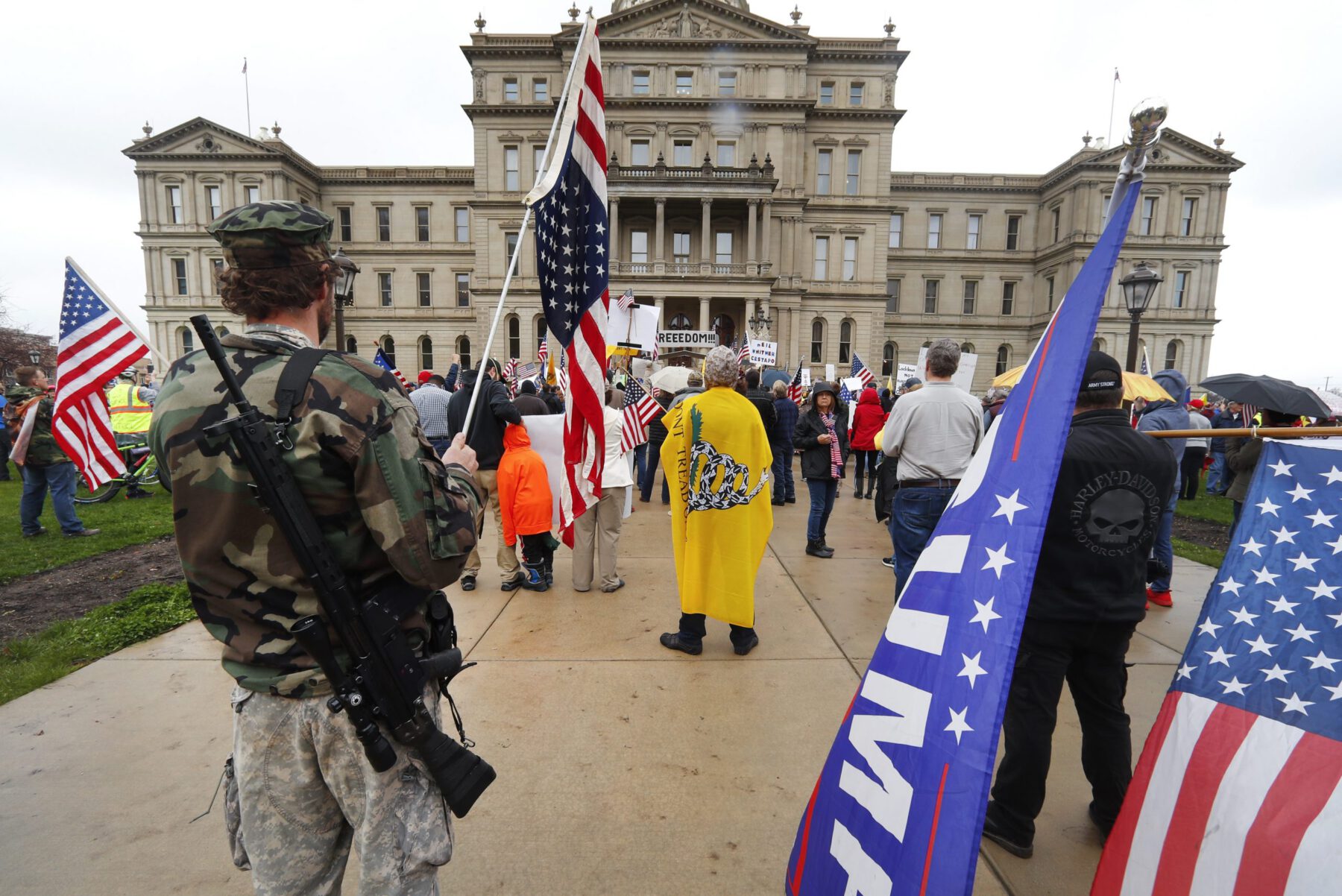 A protester carries his rifle at the State Capitol in Lansing, Mich., Thursday, April 30, 2020. Hoisting American flags and handmade signs, protesters returned to the state Capitol to denounce Gov. Gretchen Whitmer's stay-home order and business restrictions due to COVID-19 while lawmakers met to consider extending her emergency declaration hours before it expires. (AP Photo/Paul Sancya) 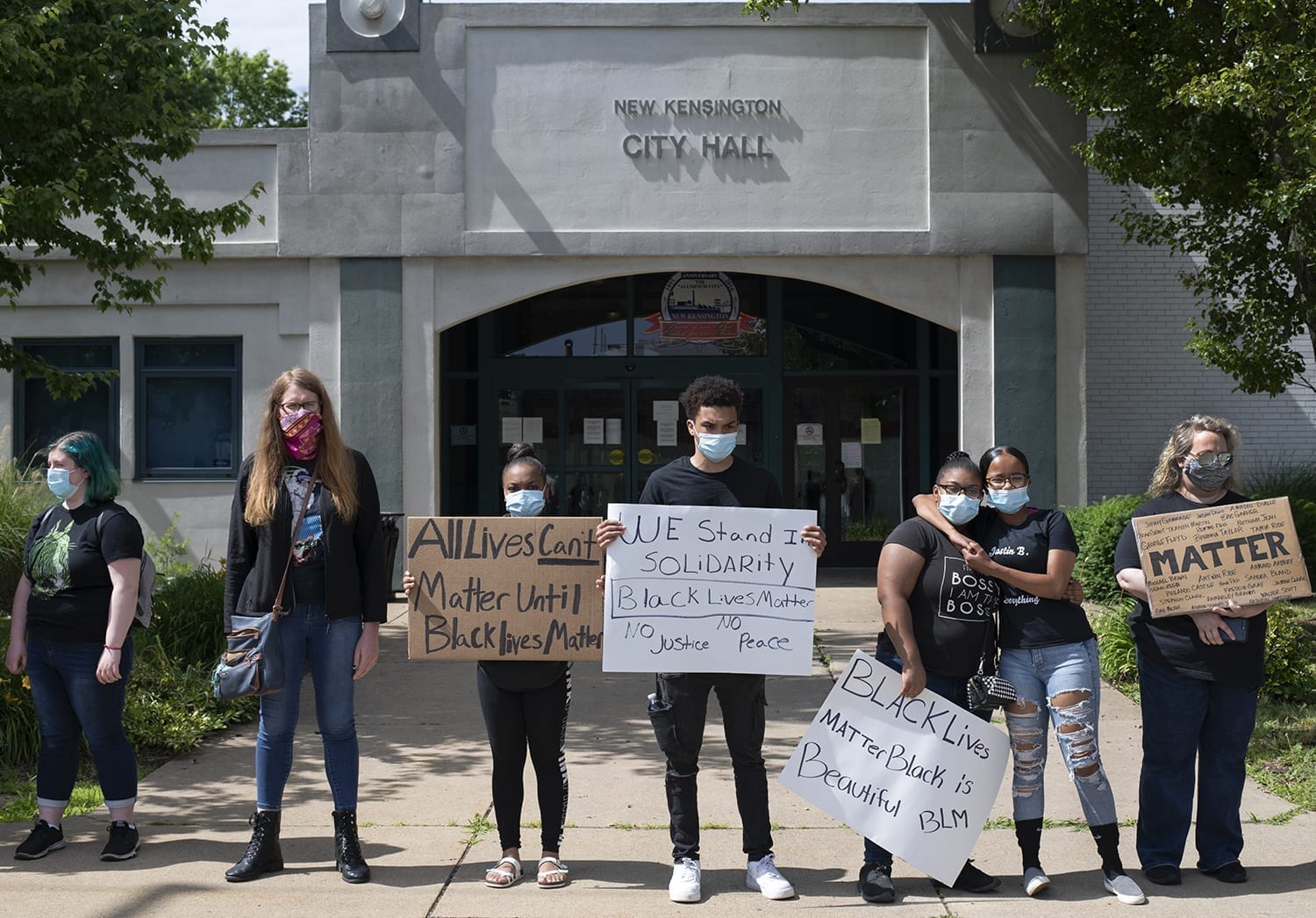 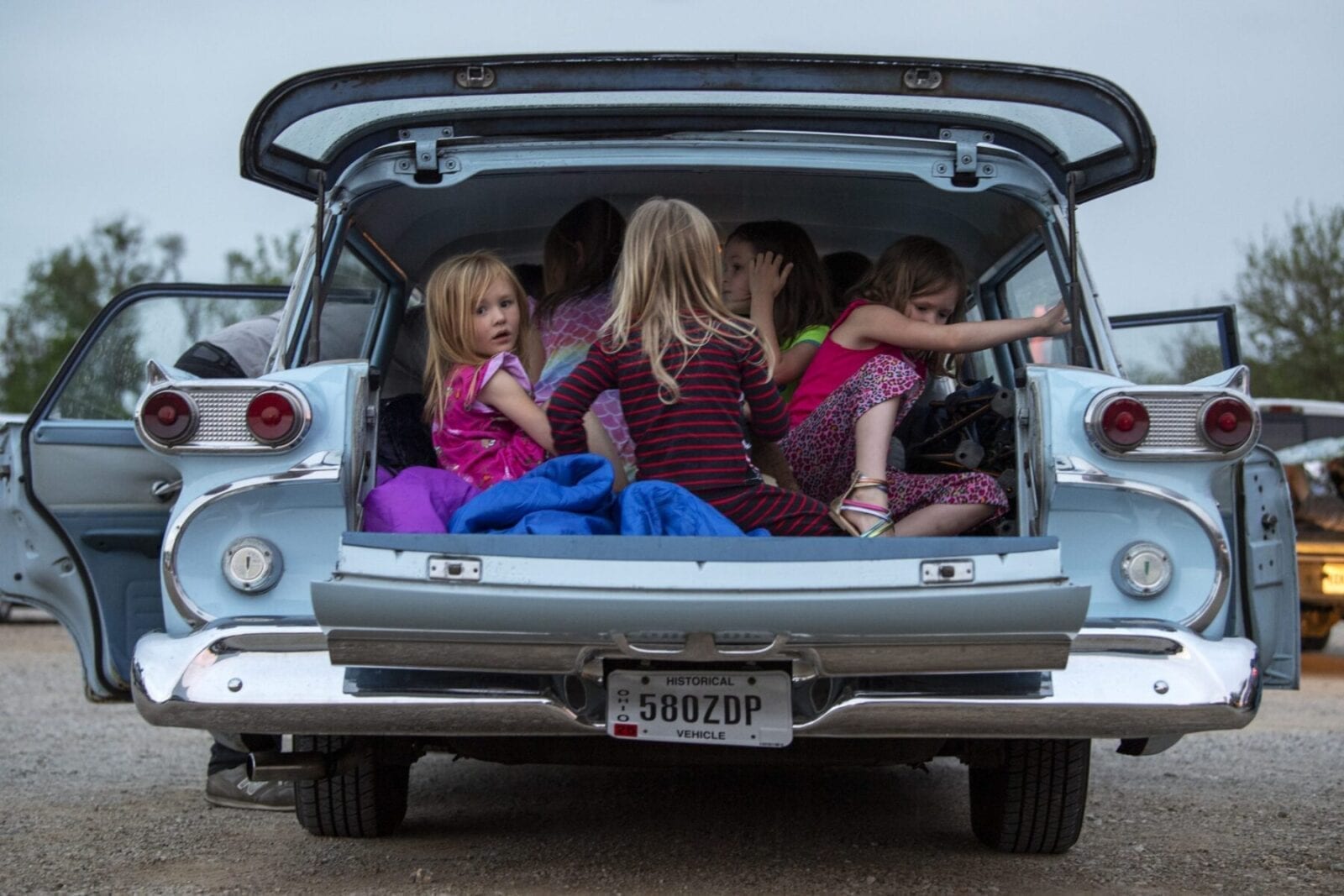 Violet Spencer, 4, left, Josephine Spencer, 6, Jack Spencer, 4, Eloise Turner, 7, and Charlotte Turner, 5, right, pile into Travis and Dianna Spencers 1959 Ford Edsel Ranger to watch the 2019 production of The Addams Family at the South Drive-In Theater in Columbus, Ohio, on May 23, 2020. While the South Drive-in Theater was open to the public, certain policies were in place, including requiring masks to purchase snacks, space between cars and space between patrons using the restrooms. (Photograph by Gaelen Morse, AMERICA REIMAGINED) 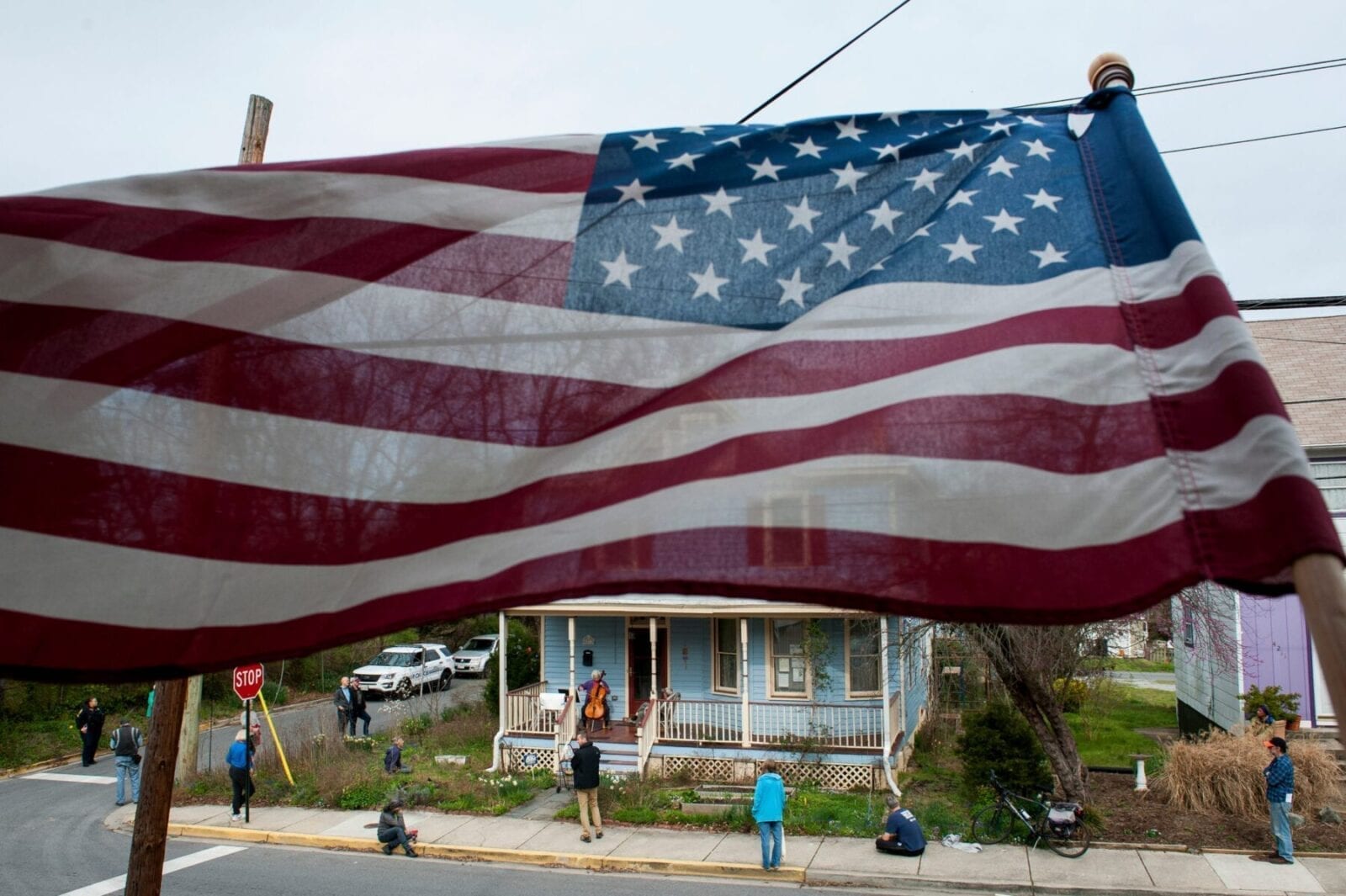 Neighbors gather and listen to cellist Jodi Beder while she holds her daily 30-minute concert for people in her neighborhood and anyone else who happens to stop by. Several states are currently in different stages of a lockdown while the United States and the world continues the struggle with COVID-19. Mt. Rainier, Md., Friday, March 27, 2020. (Photograph by Rod Lamkey Jr./American Reportage) 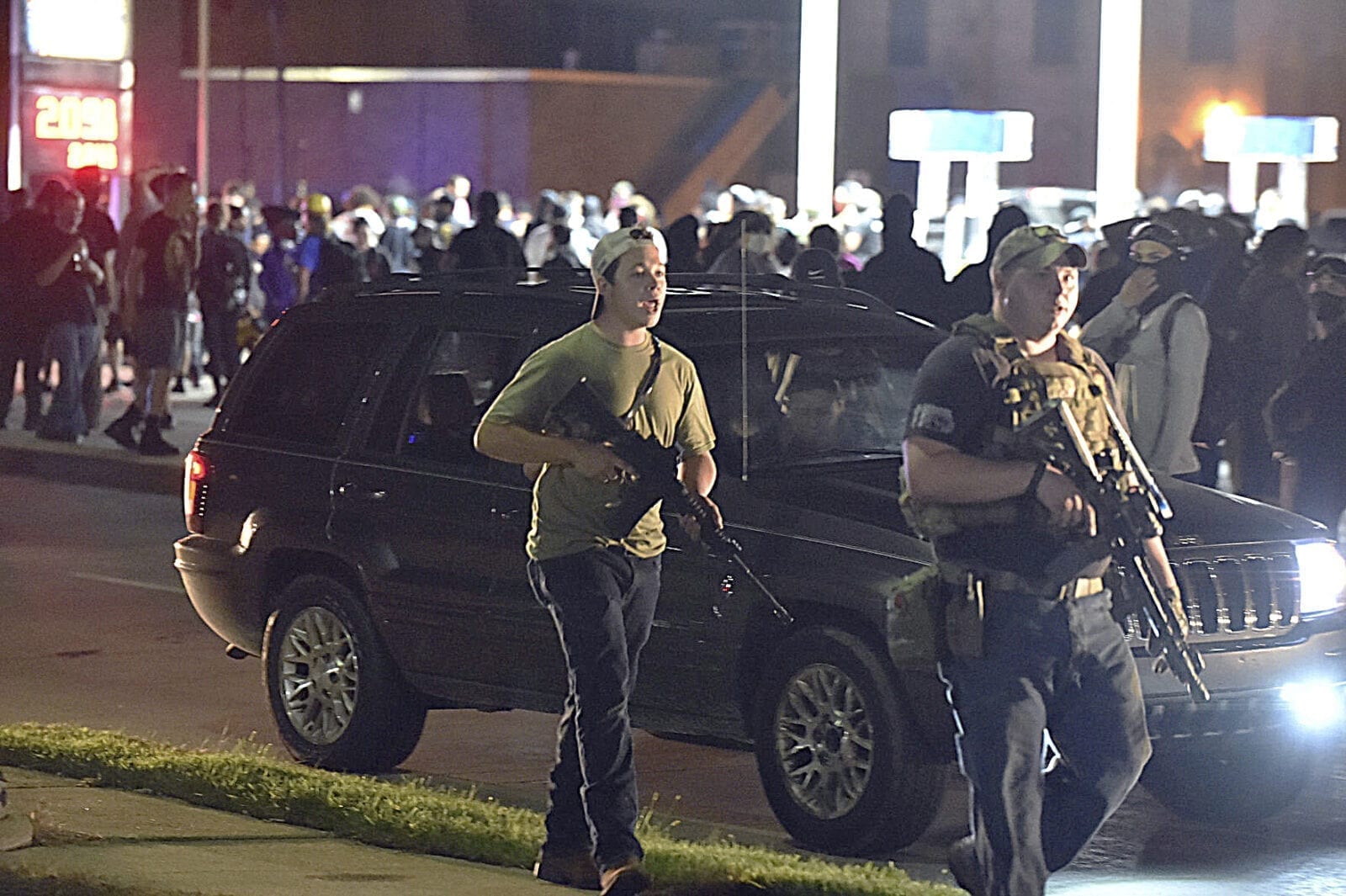 Kyle Rittenhouse, left, with backwards cap, walks along Sheridan Road in Kenosha, Wis., Tuesday, Aug. 25, 2020, with another armed civilian. Prosecutors on Thursday, Aug. 27, 2020 charged Rittenhouse, a 17-year-old from Illinois in the fatal shooting of two protesters and the wounding of a third in Kenosha, Wisconsin, during a night of unrest following the weekend police shooting of Jacob Blake. (Adam Rogan/The Journal Times via AP) 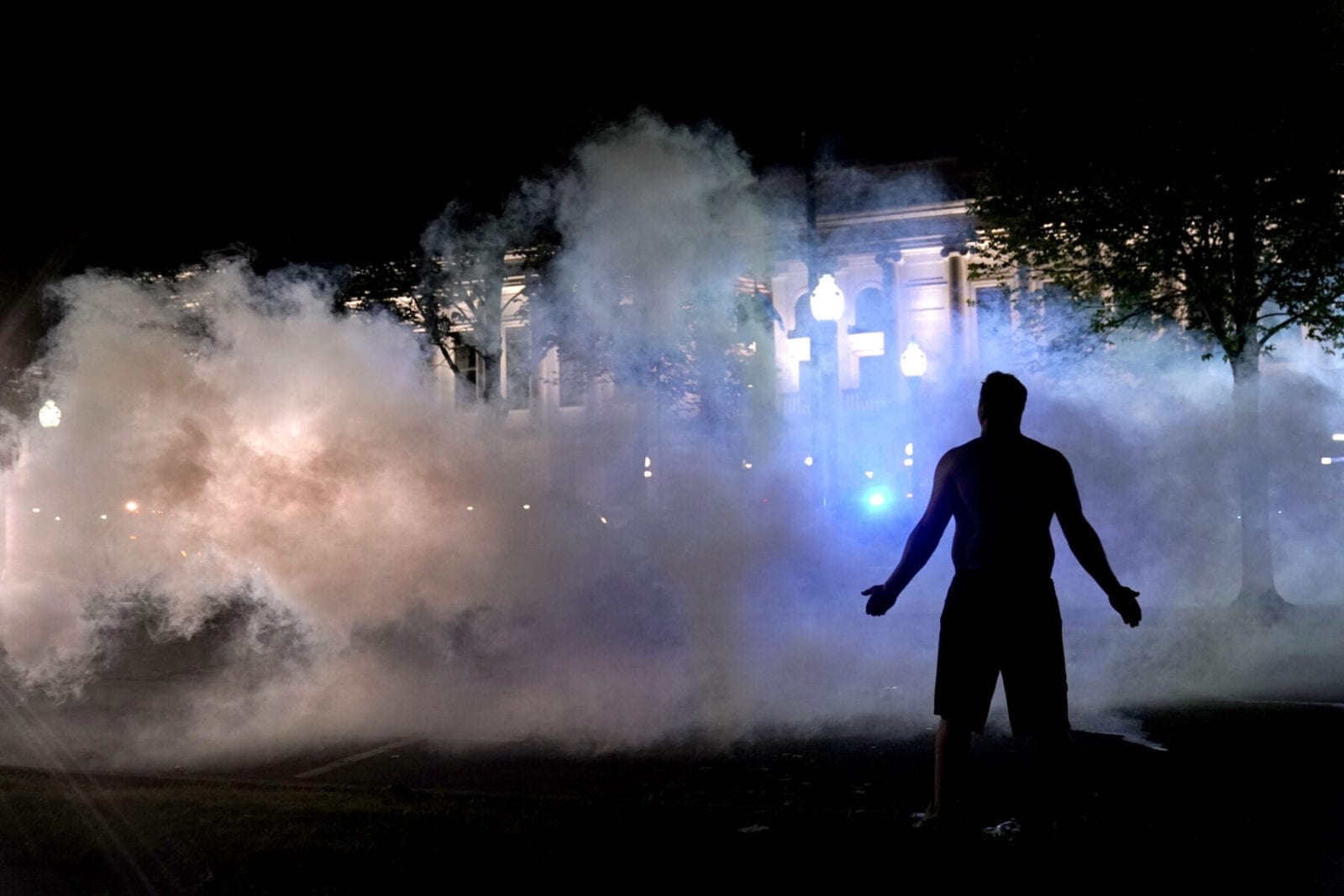 A protester attempts to continue standing through a cloud of tear gas fired by police outside the Kenosha County Courthouse, late Monday, Aug. 24, 2020, in Kenosha, Wis. Protesters converged on the county courthouse during a second night of clashes after the police shooting of Jacob Blake a day earlier turned Kenosha into the nation's latest flashpoint city in a summer of racial unrest. (AP Photo/David Goldman) 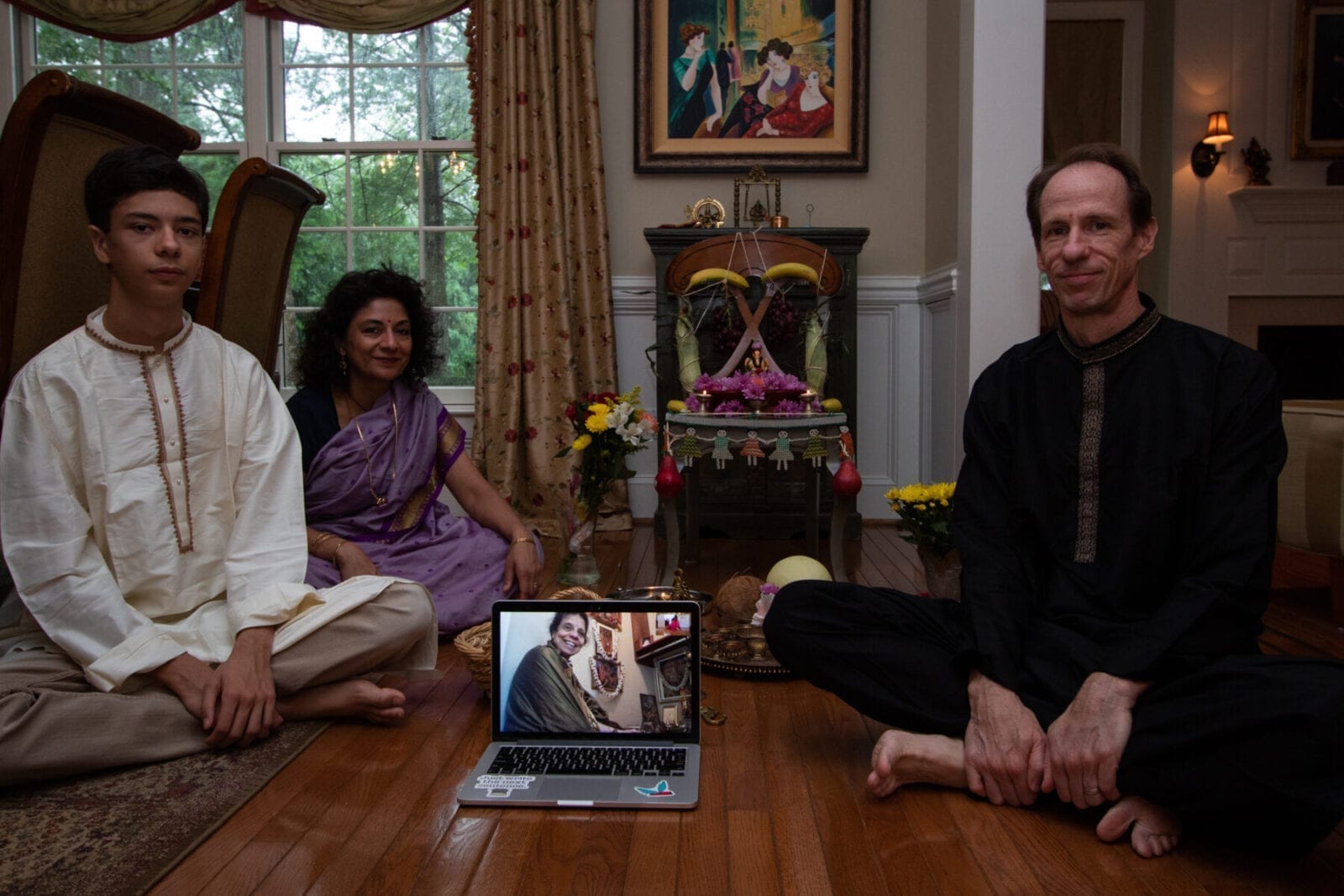 Nikhil Walling, 16, his parents, Smitha and John Walling, and his grandmother, Shantha Rao (on FaceTime) pose for a family portrait at their home in Wayne, PA on August 23, 2020. Every fall, the family celebrates the Hindu festival honoring Ganesha, the elephant-headed god of wisdom. Their religious practice includes special foods and rituals led by Rao, the spiritual matriarch of the family. Due to health concerns amid the coronavirus pandemic, Rao, who is 75, has been unable to travel from her home in Richland, Washington. This year, they adapted the tradition to include virtual mantras in addition to in-person prayers. (Photograph by Melina Walling) 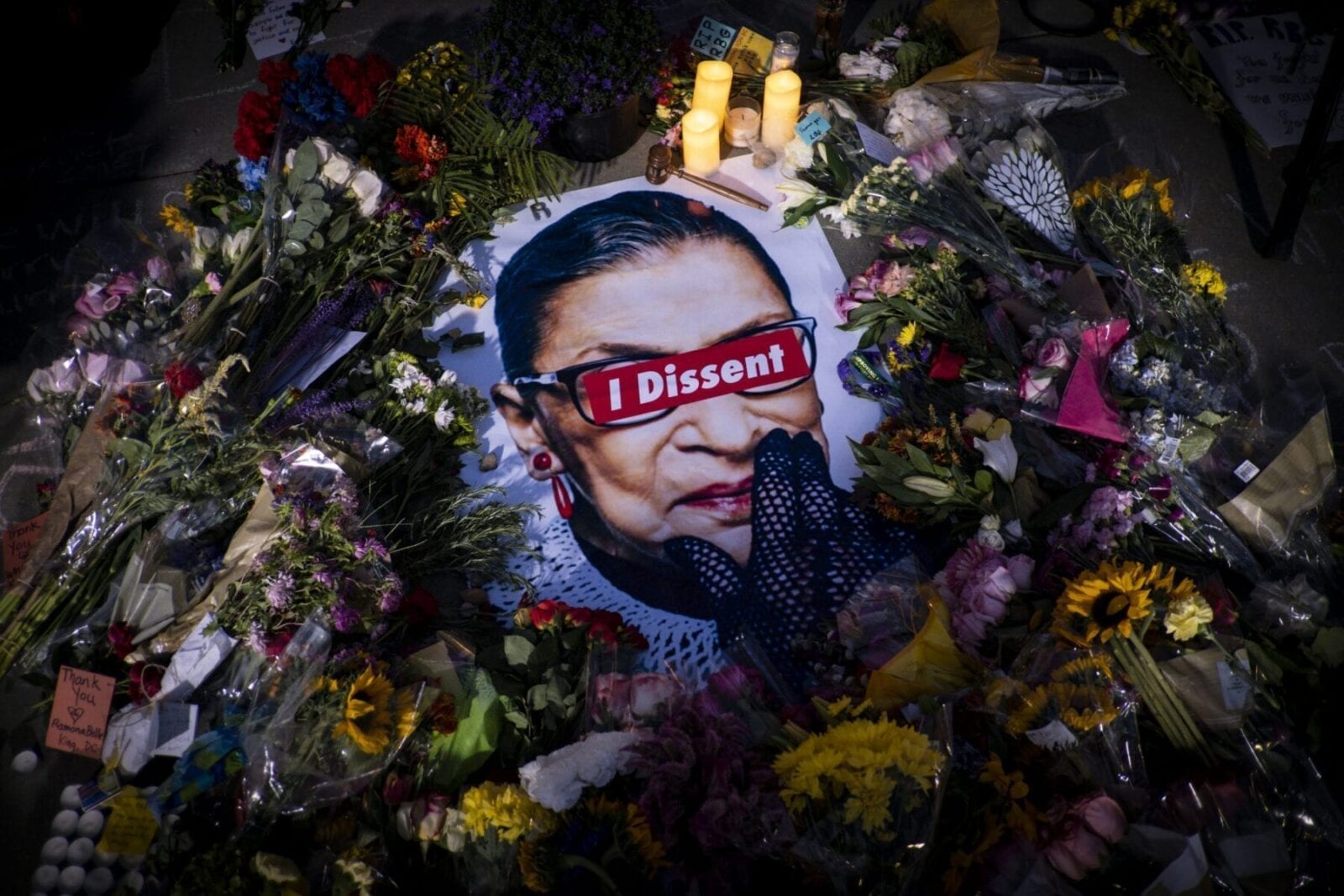 Mourners attend a vigil on Sept. 19, 2020 following the death of U.S. Supreme Court Justice Ruth Bader Ginsburg the night before at the age of 87. (Pete Marovich/American Reportage) 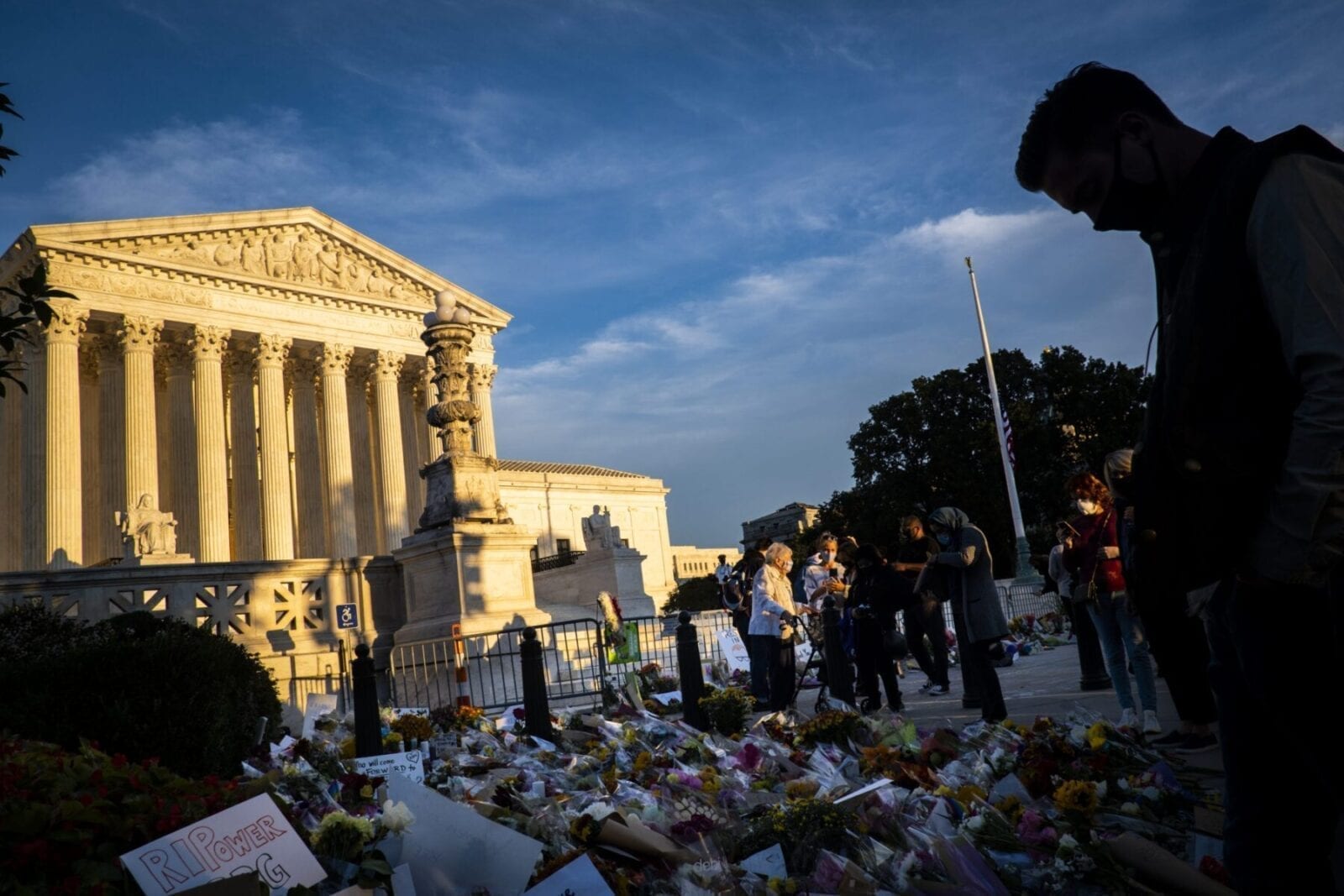 Mourners attend a vigil on Sept. 19, 2020, following the death of U.S. Supreme Court Justice Ruth Bader Ginsburg the night before at the age of 87. (Pete Marovich/American Reportage) 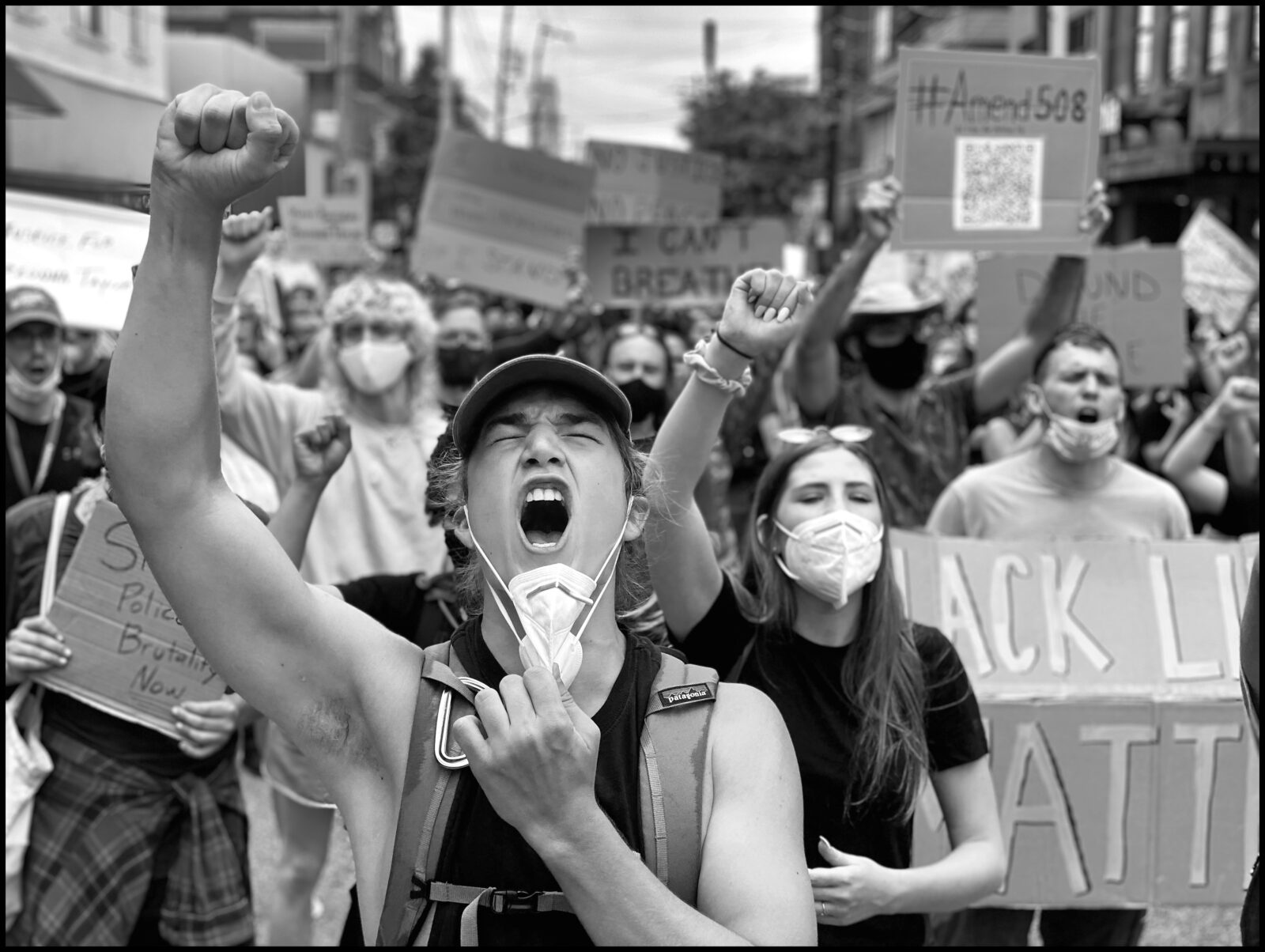 A demonstration that began in Pittsburgh's Friendship Park on June 5 and wound through Shadyside to Point Breeze, stopping outside Mayor Bill Peduto's house, before finishing in Squirrel Hill. (Brian Cohen) 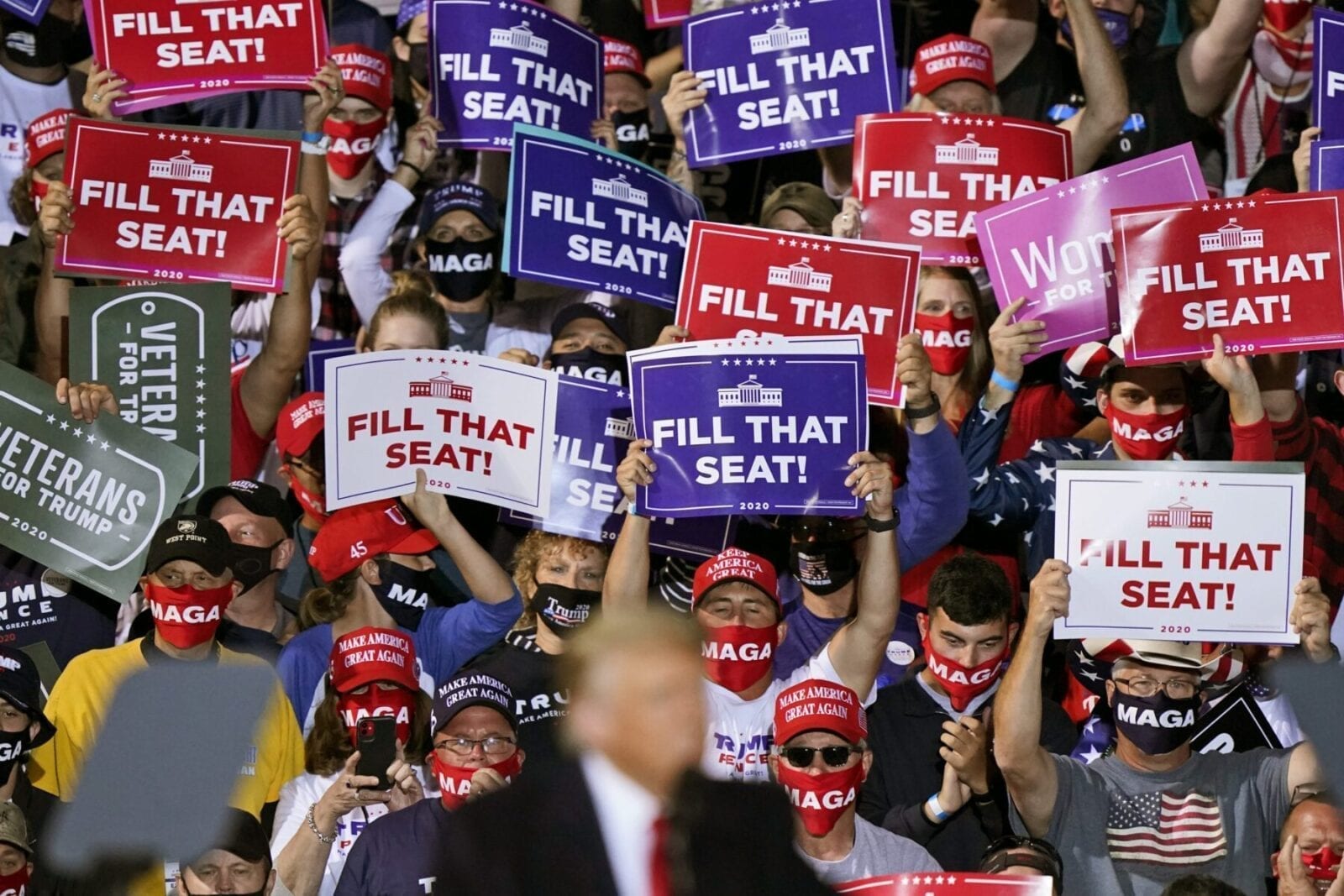 Supporters of President Donald Trump hold up signs as he speaks at a campaign rally, Monday, Sept. 21, 2020, in Swanton, Ohio. (AP Photo/Tony Dejak) 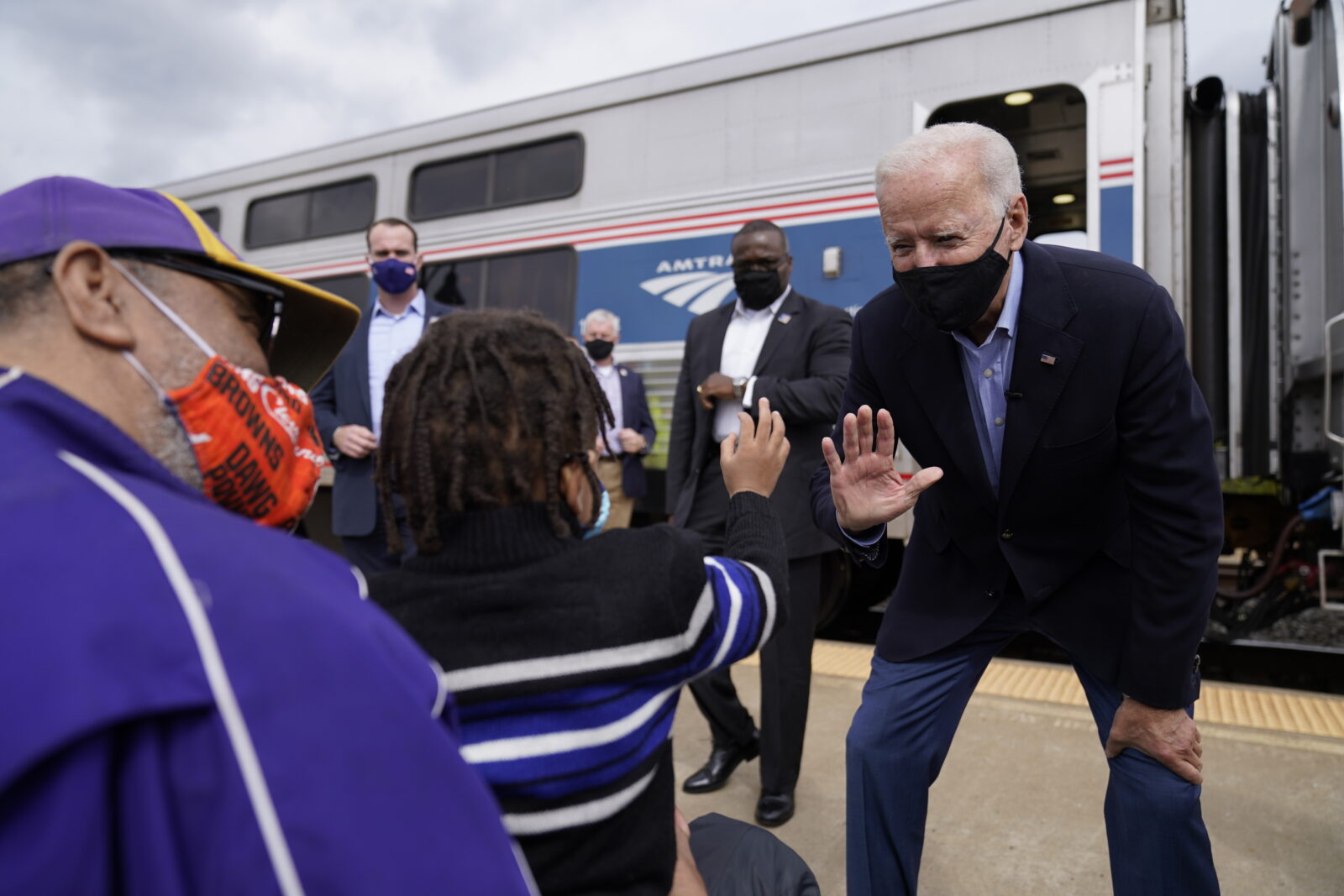 Supporters greet Democratic presidential candidate former Vice President Joe Biden as he steps of the train at Amtrak's Alliance Train Station, on Sept. 30, 2020, in Alliance, Ohio. Biden was on a train tour through Ohio and Pennsylvania. (AP Photo/Andrew Harnik) 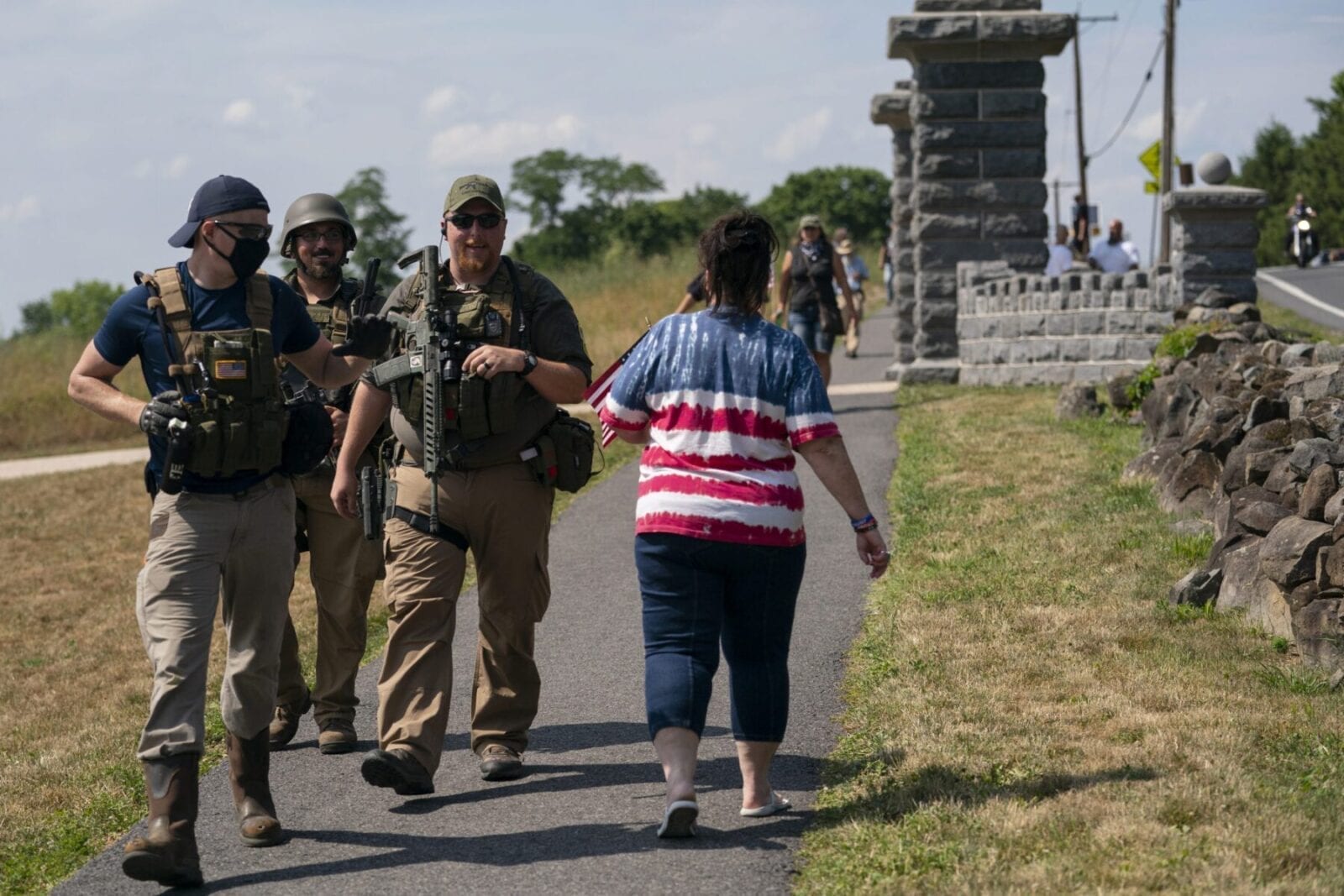 Members of a militia walk past a tourist as they patrol the area surrounding the Gettysburg National Cemetery on July 4, 2020, at Gettysburg National Military Park in Pennsylvania. (AP Photo/Carolyn Kaster) Self-described militia members flocked to Gettysburg amid rumors of an "antifada" flag burning — which the Washington Post later revealed as a hoax perpetrated by a man living in a small town north of Pittsburgh. 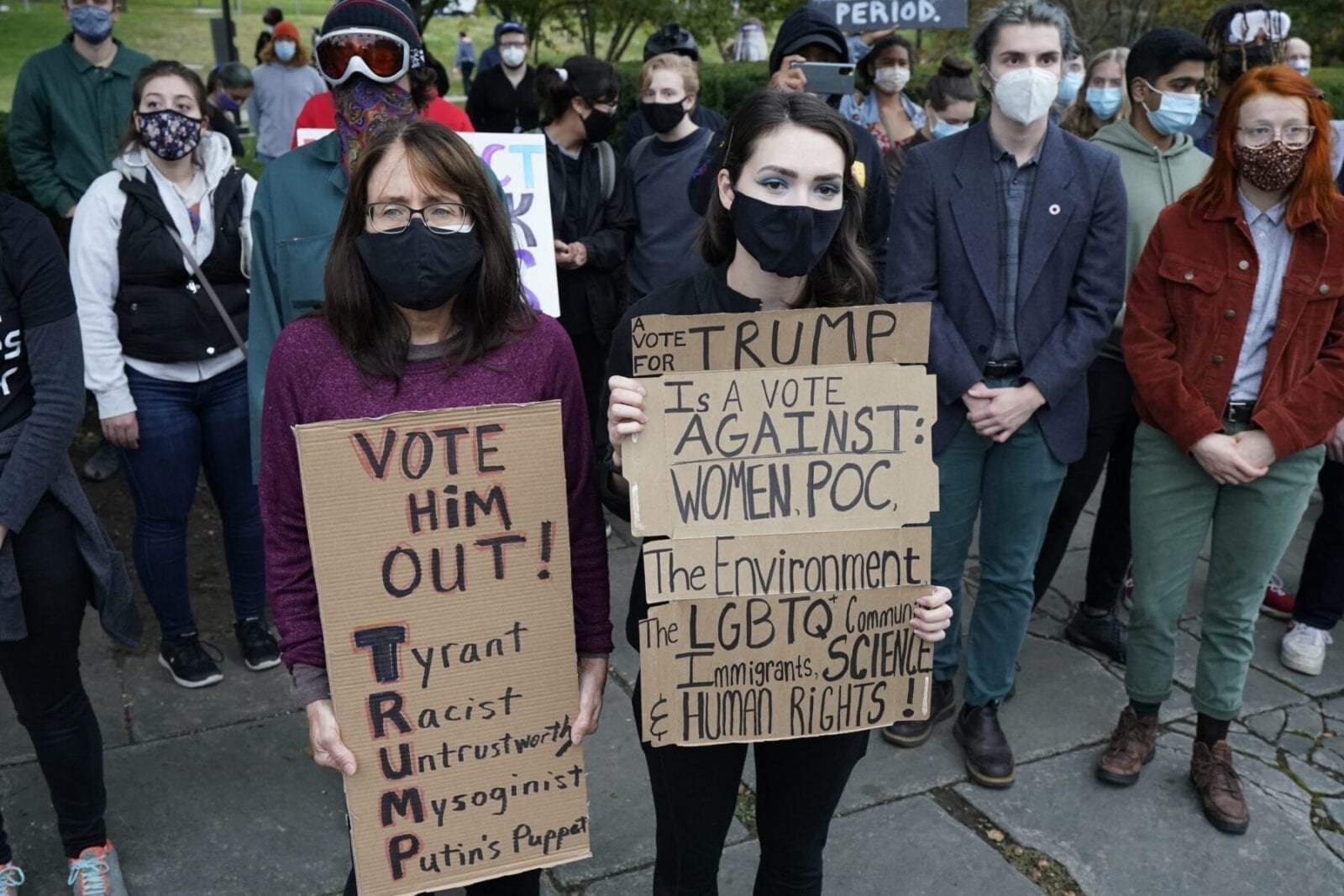 Protesters listen to speakers at a rally near the debate hall, Tuesday, Sept. 29, 2020, in Cleveland. The first presidential debate between Republican candidate President Donald Trump and Democratic candidate and former Vice President Joe Biden is being held in Cleveland on Tuesday. (AP Photo/Tony Dejak) 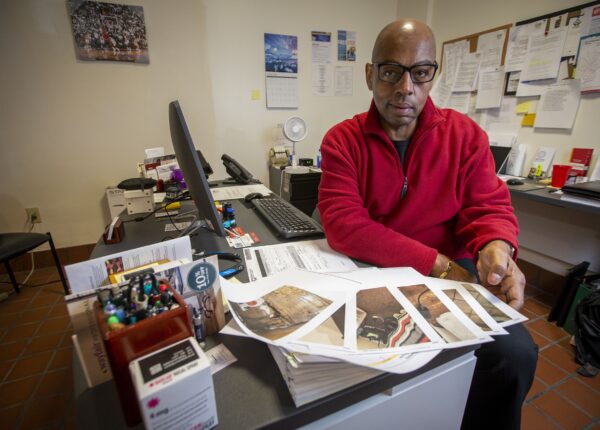